Diamond of the pro-Trump entertainers Diamond and Silk has died, the former president as well as the duo’s verified Twitter account announced Monday night. She was 51.

Both women, sisters whose names are Lynette Hardaway and Rochelle Richardson, respectively, were born in 1971, with Diamond making her debut on Thanksgiving Day, according to their 2020 book, “Uprising.”

Calling her death “really bad news for Republicans,” former President Donald Trump said on his Truth Social platform, “Our beautiful Diamond of Diamond and Silk has just passed away at her home in the state she loved so much, North Carolina.” 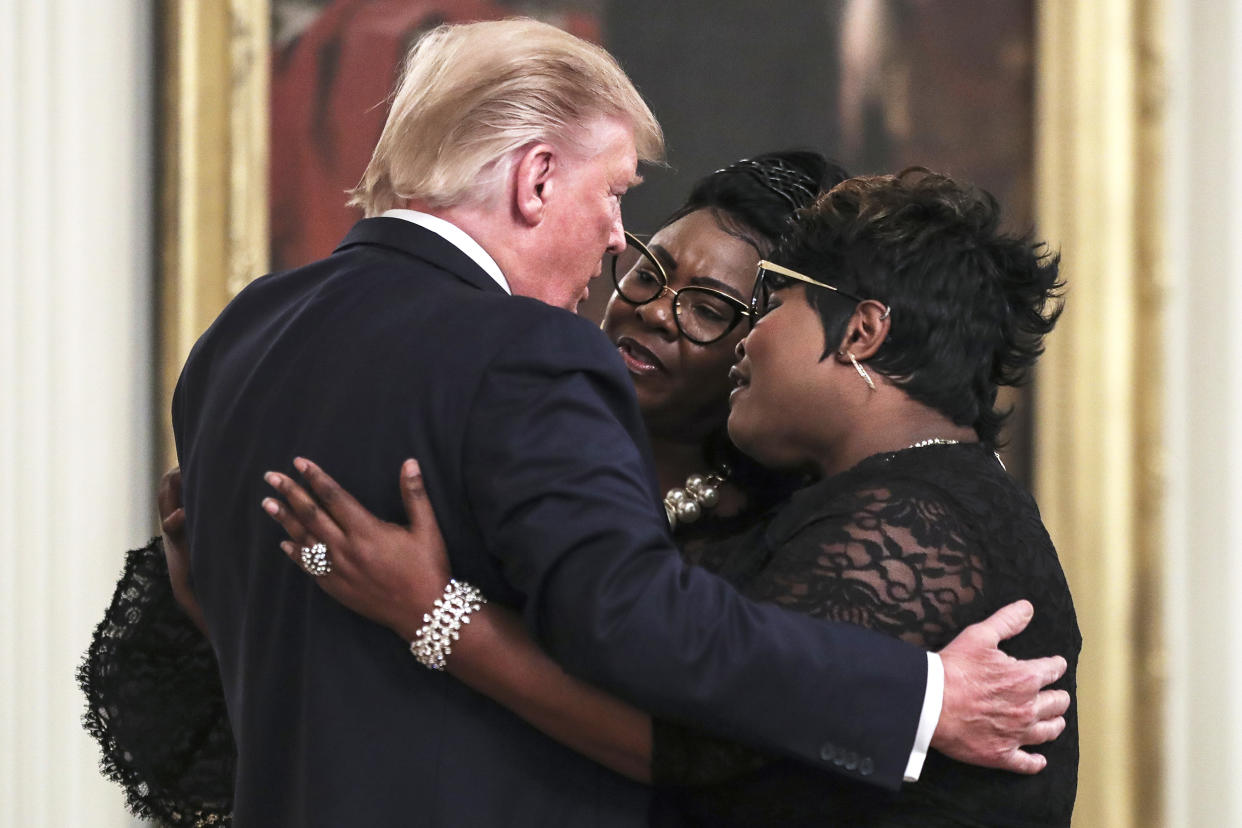 Her cause of death was unknown. Trump said, “Diamond’s death was totally unexpected.”

It asked that any donations be made to a memorial fundraiser page at a crowdfunding website.

In late November, the Diamond and Silk Twitter account made a plea for prayers for Diamond. It was not clear exactly why. “Anyone who believes in the power of prayer please pray for Diamond,” it said.

The autobiographical “Uprising” says the sisters grew up “poor,” but not without class, taste and an anchor in a parcel of the fertile land of the Deep South, where their father’s dad and grandfather were landowning farmers.

The two women made a splash during Trump’s 2016 campaign for president, supporting him with commentary on their YouTube channel. The duo has said they switched parties after being lifelong Democrats just to support Trump following his 2015 presidential campaign announcement.

Trump embraced the two, emphasizing their status as Black American women supporting a white Republican whose record on inclusion has been criticized as antiquated if not prejudiced. They attended Trump’s inauguration in 2017.

The pair parlayed their Trump World inclusion into contributor jobs at Fox News. The network ended the relationship in 2020 after the duo bought into the conspiracy, on-air, that Covid-19 death figures were being manipulated to make Trump look bad.

Diamond and Silk soon landed at fringe network Newsmax with “Diamond and Silk: Crystal Clear.” The pair claimed to be Trump’s “most loyal supporters.”

In 2020 they published the co-written “Uprising,” which the duo said was quickly a bestseller.

On Monday, Trump offered a theory about Diamond’s death.

“Probably her big and precious heart just plain gave out,” the former president wrote on his platform.