Is it the end of predicted grades for university? Pupils will get degree course offer AFTER they receive their A-level results under new plan

Sixth-formers will be offered university places only after getting their A-level results under radical new plans.

Higher education leaders want to overhaul the current system of offers being made based on teachers’ predicted exam grades, which are often inaccurate.

But exam results are not until August – meaning they face a scramble to find another course through clearing if they do not get the required grades. 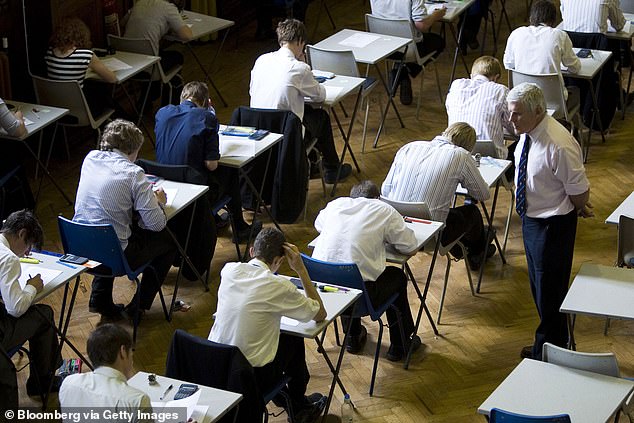 Under the ‘fairer’ post-qualifications admissions (PQA) proposal, teenagers would select three initial universities between September the previous year and June.

Institutions would carry out interviews and tests during this period before either rejecting an applicant or ‘recording the findings of the initial assessment’.

Pupils would be able to replace any early rejection and still secure three applications.

In early August, Ucas would provide grades to universities. Institutions will then be given one week to validate decisions ahead of ‘offer day’.

Applicants would get one week to respond. It comes after a fair admissions review launched by Universities UK, the umbrella group for vice-chancellors.

The PQA scheme would stamp out the use of controversial ‘conditional unconditional’ offers – which give teenagers a place at university that is non-dependent on grades if they put it as their first choice.

The UUK report says other benefits include teenagers’ ability to change application choices easily and not having to turn down offers before grades are known.

It says the system would be ‘less distracting’ for teenagers before to A-levels. However, there could be an increase in admission tests. 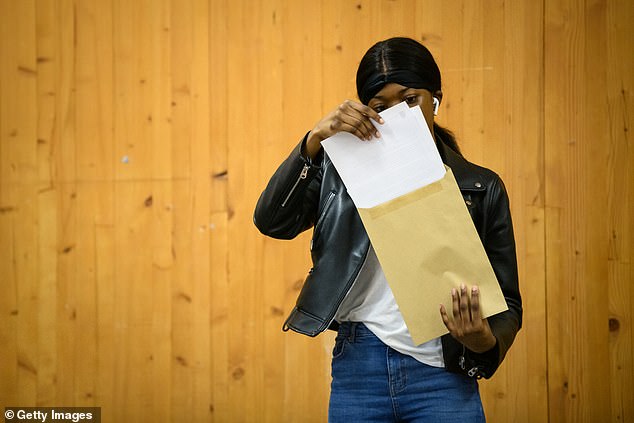 Higher education leaders want to overhaul the current system of offers being made based on teachers’ predicted exam grades, which are often inaccurate (File image of student opening the envelope containing her A level results)

It also recommends developing minimum entry requirements for applicants who are ‘contextually flagged’ because of disadvantaged backgrounds.

UUK will now consult with schools, universities and ministers ahead of proposed implementation in 2023-2024.

Professor Quintin McKellar, Universities UK’s vice-president for England and Northern Ireland, and chairman of the review, said it ‘would be fairer for students to receive university places based on exam results, not predictions’.

Jo Grady, general secretary of the University and College Union, added: ‘Allowing students to apply after they receive their results will help level the playing field and put a stop to the chaotic clearing scramble.’

The Department for Education welcomed UUK’s ‘agreement on the need for change’.