Dashcam footage shows the lorry swerve dangerously from the second to third lane – forcing a silver Ford Fiesta to veer across two lanes and onto the hard shoulder to avoid colliding with the HGV. 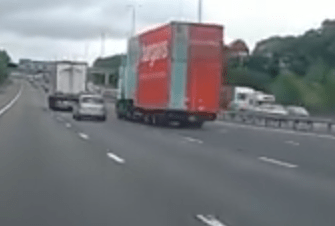 But the red and blue Home Bargains lorry driver seems unfazed – and the lorry again swerves shakily back into the second lane before coming to a sudden stop with its hazard warning lights flashing.

The silver Ford Fiesta halts in the lane beside it as other vehicles -including a van painted with the Union Jack, are forced to swing around the now stationary lorry.

The video – filmed as the lorry heads towards junction 44 on the A1M North in Yorkshire – has been posted to the Facebook group Idiot UK Drivers Exposed.

After almost causing a serious accident, the clip then shows the lorry as it continues its journey along the left lane for the A64 towards Leeds and York. 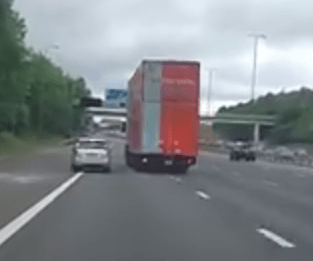 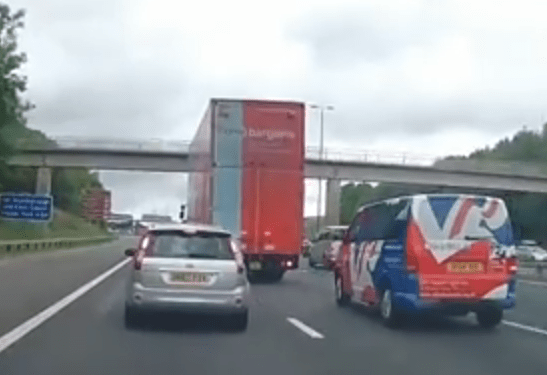 The motorist who captured the footage then overtook the lorry, and continued onto the A1.

They said: "My lane is left for the A64! I wanted to get passed this nutter that's why I got by him!"

A spokeswoman for Home Bargains described the driving in the video as "totally unacceptable" and confirmed the driver has been "suspended pending further investigation". 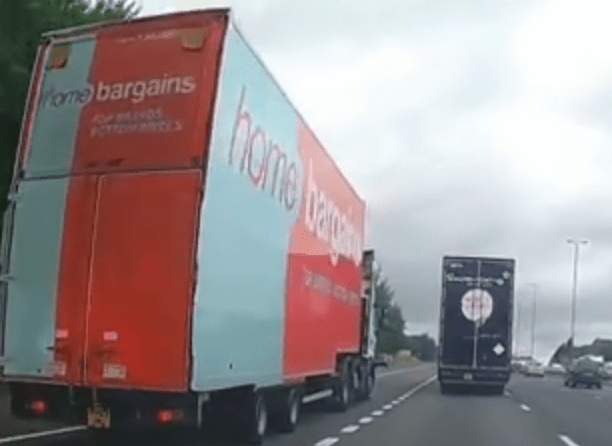 She added: “The lorry shown in the dash cam footage was being driven by one of our contractors. Clearly the driving shown in the video is totally unacceptable.

"We are currently looking into the incident with the contractor concerned. In the meantime, the driver has been suspended pending further investigation.

"We would like to apologise to the drivers of the cars involved, we recognise it must have been a very frightening experience and also thank the Sun and the car drivers for bringing this to our attention.”