A recruitment agency has sparked a sexism storm after it sent out an advert of a woman wearing a skimpy bikini next to the caption ‘Want to see my white bits?.’

Jark Norfolk, which is the UK’s largest independent recruitment agency, sparked anger with their advert, with some number of people saying they would stop using the firm.

The ad which was sent out to its entire database also wrote beneath the main header: ‘Oops sorry, I meant white collar candidates.’ 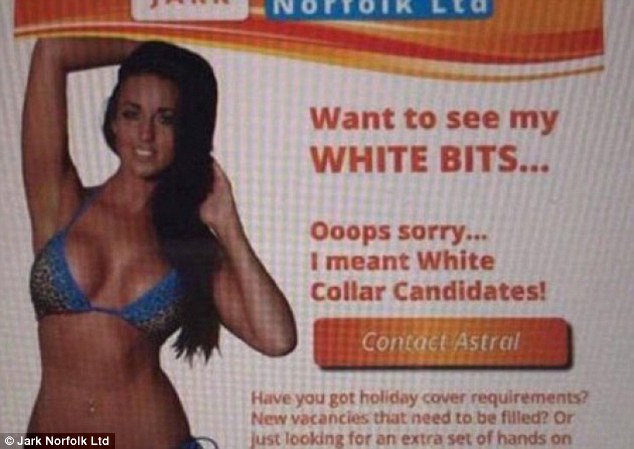 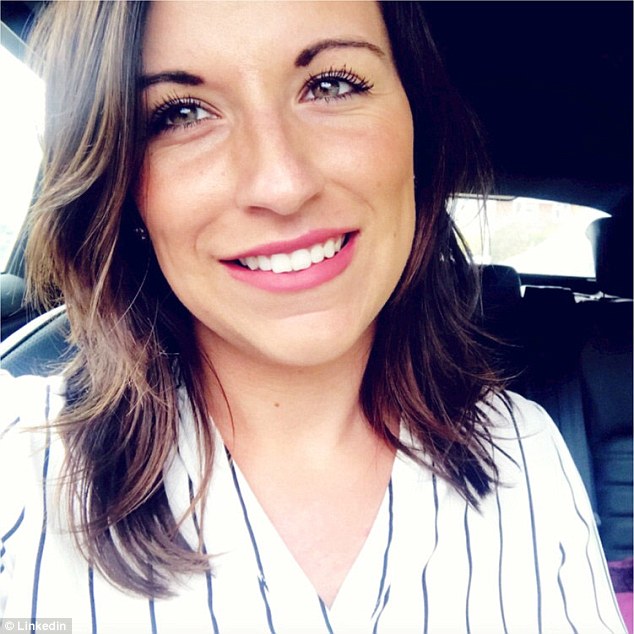 Company director at Jark Norfolk, Kelly Cartwright said being in the male dominated world of construction was ‘tough’

The Norwich based firm quickly recalled the image after screenshots were posted online by furious recipients.

A number of Jark Norfolk clients have stated the firm had ‘seriously misjudged their target audience’.

Helen Clements, community investment adviser at Morgan Sindall, wrote on Linkedin: ‘It is really disappointing that a Norfolk based construction recruitment company thinks that mailers with a woman wearing a bikini and the below statement is appropriate in this day an age. 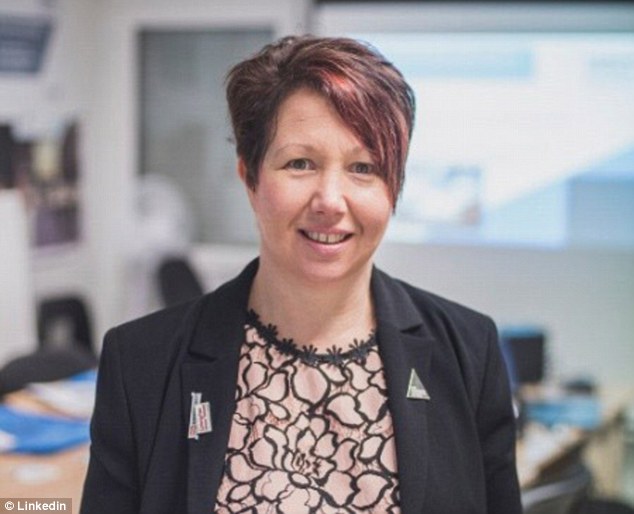 Helen Clements, a community investment adviser, said the advert was ‘disappointing’ and agencies needed to know it is ‘not acceptable’

‘We as a sector need to let agencies know that this is not acceptable and avoid using them.’

The company’s managing director, Kelly Cartwright, said on her Linkedin: ‘When you’re a 24 year old woman in the male dominated world of building construction recruitment it can be tough.’

It is believed Jark Norfolk have issued a private apology to their clients, but the company has declined a request to comment.