Remainer MPs must NOT vote for a snap election, warns ex-Chancellor Philip Hammond as he says Brexiteers should bow to EU demands to stay in customs union

Remainer MPs should not vote for a snap election even if there is a Brexit extension because it will ‘not solve the problem’, Philip Hammond warned today.

The former chancellor gave Boris Johnson another headache as he urged the government to bow to EU demands to stay in the customs union.

Mr Hammond said Brexiteers should admit there were ‘very limited benefits’ to be had from striking trade deals outside the bloc.

The intervention by Mr Hammond, who was expelled from the Tories along with 20 other MPs after backing a rebel law against No Deal, came as another ex-Cabinet minister called on the EU to give ground.

Jeremy Hunt said Brussels was making a ‘catastrophic miscalculation’ by assuming an election or referendum will lead to a softer UK stance on Brexit.

Mr Johnson is desperately scrambling to find a way to break the deadlock with the EU as the clock runs down towards a crunch summit. 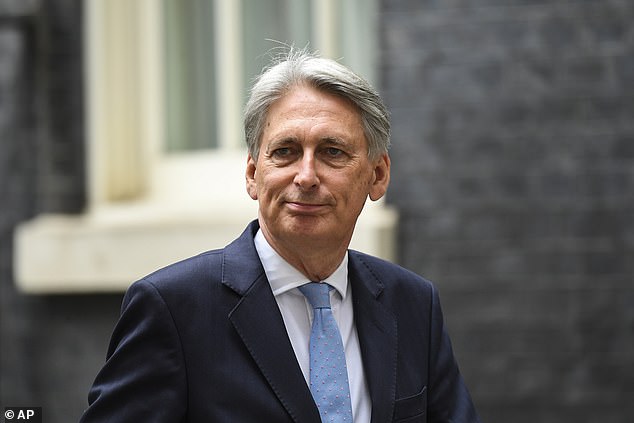 If an agreement is not reached by next week, a Remainer law will kick in that obliges him to beg the EU for an extension to the Halloween exit date.

Jeremy Corbyn has indicated that at that point he will be willing to help the PM trigger a snap election. But the Labour leader could face a major rebellion from his pro-EU MPs, many of whom want a referendum to be held before an election.

Other Tory outcasts such as Oliver Letwin have called for a referendum to be held first.

And Mr Hammond told BBC Radio 4’s Today programme: ‘I don’t think an election solves our problem here. I would not support an election at the moment.

He said a confirmatory referendum ‘is not my preferred option’, but did not rule one out.

In an interview with the Daily Telegraph, Mr Hammond suggested a solution to the Brexit standoff would be to revert to a Northern Ireland-only backstop – dismissed by Theresa May two years ago as something no British PM could ever accept.

Mainland Britain would then try to strike a fast free trade deal with the EU based on zero tariffs and staying within the customs union.

Mr Hammond said that would mean Brexiteers giving up on striking major trade deals with the rest of the world, but said: ‘We all know these trade deals are of very limited potential value and likely to be very hard to negotiate without serious domestic economic and political consequences.’

Mr Hammond also took aim at ‘reckless’ spending pledges being made by the government.

‘The economy is slowing down and the Government has made a number of very significant spending commitments and I do worry that the Conservative Party’s core message for many, many years whether people like us or loathe us has been that we are a responsible party with the economy and the public finances,’ he said.

In his first major intervention since he lost the Tory leadership contest to Mr Johnson, former Foreign Secretary Mr Hunt has written to all EU foreign ministers to warn them they are on the brink of a ‘catastrophic miscalculation’ in their handling of Brexit. 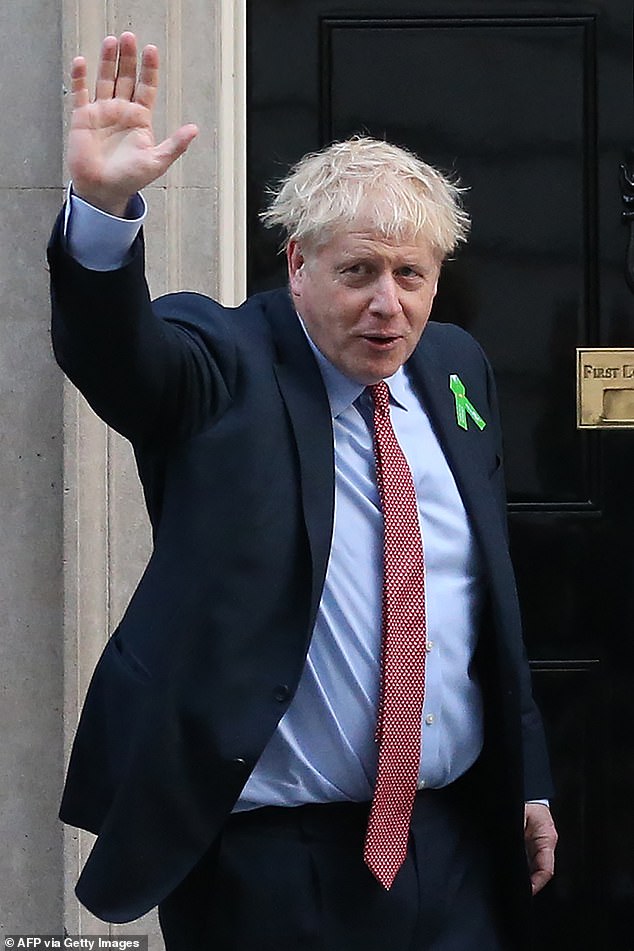 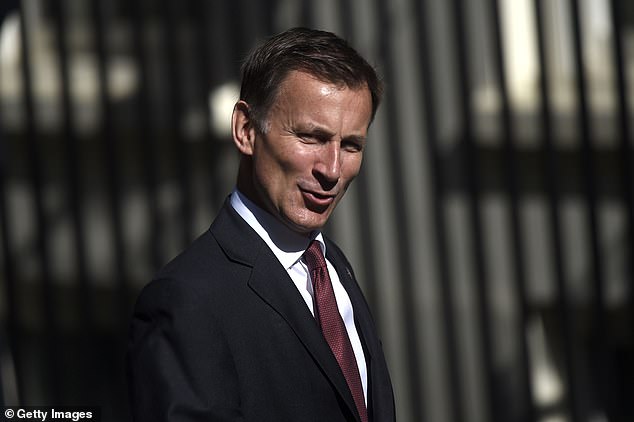 Mr Hunt warned that EU leaders appear to believe that rejecting Mr Johnson’s plans would be a ‘no-lose’ bet ‘because an extension and general election will either lead to a second referendum under a new prime minister or a continuation of the same discussions under Boris Johnson’.

But he says opinion polls suggest Mr Johnson would win an election, leading to a strong mandate from the British people for his stance which would mean ‘significantly less willingness to compromise and therefore a much greater likelihood of No Deal’.

Mr Hunt said the EU made two mistakes when it failed to offer more generous terms during negotiations with David Cameron and Theresa May, adding: ‘Now it appears that the EU is about to make a third.’

Speaking to the Mail last night, Mr Hunt described Mr Johnson’s proposals as ‘a very reasonable compromise’. He said: ‘A No Deal could easily sour relations between the UK and the EU for a generation, and I think that would be a tragedy on both sides. I think it’s a profound historic mistake to allow this to happen when it clearly doesn’t need to.’

Mr Hunt said of Mr Johnson: ‘I never thought it was realistic to guarantee leaving on October 31. But no one in this country is in any doubt of his determination to deliver Brexit and deliver it fast, and I suspect if there’s an election that will be recognised.’