Baghdad: Rival Iraqi political factions say they have each formed alliances capable of forming a government in the new parliament after months of political uncertainty following a May election.

Politicians led by cleric Moqtada al-Sadr and Prime Minister Haider al-Abadi said they created an alliance that would give them a majority bloc in parliament. 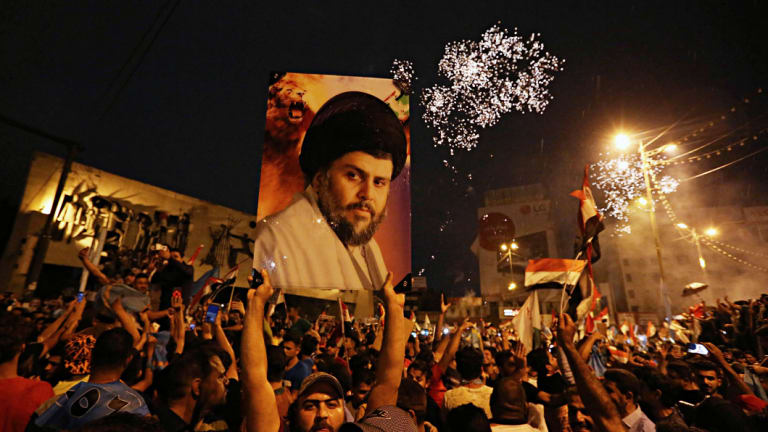 Supporters of Shiite cleric Muqtada al-Sadr, carry his image as they celebrate in Tahrir Square, Baghdad, in May.

A rival grouping led by militia commander Hadi al-Ameri and former Prime Minister Nuri al-Maliki responded by saying it had formed its own alliance that would be the largest bloc in parliament after it got some lawmakers to defect from the other group.

Ameri and Maliki are Iran's two most prominent allies in Iraq. Abadi is seen as the preferred candidate of the United States, while Sadr portrays himself as a nationalist who rejects both American and Iranian influence.

Iraqis voted in May in their first parliamentary election since the defeat of Islamic State's self-declared caliphate, but a contentious recount process delayed the announcement of final results until last month.

The new government will be tasked with rebuilding the country after a three-year war with Islamic State militants and balancing relations between Iraq's two biggest allies: arch-rivals Iran and the United States.