Tory peer Lord Sheikh must be investigated by the party for attending Tunisia ‘peace conference’ with Corbyn where Hamas compared Israel to ISIS, senior Conservative says

Tory peer Lord Skeikh must be investigated for attended the controversial conference in Tunisia at the heart of the Jeremy Corbyn wreath laying scandal, a senior Conservative today said.

The Labour leader attended the conference before joining others there at a wreath laying ceremony to terrorists linked to the Munich massacre.

Lord Sheikh – who last week condemned Boris Johnson over his burka comments – also attended the conference, although he was not at the wreath laying.

He today admitted attending and said members of Hamas – a banned terror group operating in Palestine – may have been at the conference.

Tory MP Robert Halfon, chairman of the education select committee, said the party must launch a formal investigation into the peer.

He said: ‘If this is true, re Lord Sheikh, in attending this conference alongside Mr Corbyn – and  if it is true extremist anti-Semites  and Hamas were in attendance and speaking, there needs to be an investigation by Conservative Party/inquiry re codes of conduct.’ 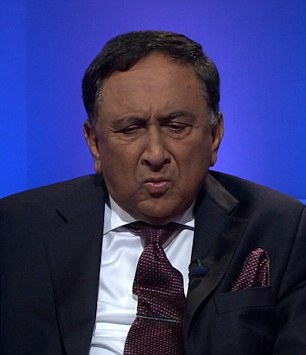 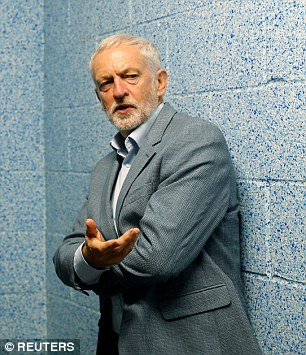 Tory MP Robert Halfon, chairman of the education select committee, said the party must launch a formal investigation into the peer.

Lord Sheikh fuelled a major Tory party row last week after he waded into the Boris row to demand the ex foreign Secretary be kicked out of the party for comparing women wearing burkas to letter boxes.

He said Theresa May should remove the party whip from her former Cabinet minister after he sparked outrage by making the remarks.

But today he faces his own calls to be reprimanded by party  bosses today afer he admitted going to the controversial conference.

It comes after MailOnline revealed that the conference featured speeches by terror chiefs who called violence ‘magnificent’ and compared Israel to ISIS.

At the event in Tunisia, top Hamas leader Oussama Hamdan presented a ‘four point vision to fight against Israel’ and praised the group’s ‘great success on the military and national levels’, adding that the violence was ‘magnificent’.

He had just given an interview to Lebanese media in which he said that the anti-Semitic myth that Jews drank Christian blood was ‘not a figment of imagination or something taken from a film. It is a fact.’

Othman Jerandi, a former Tunisian foreign minister, also gave a speech at the conference and stated: ‘ISIS and Israel are the same thing’.

Lord Sheikh today said Hamas may have been at the conference, although he did not meet anyone from the terror group. 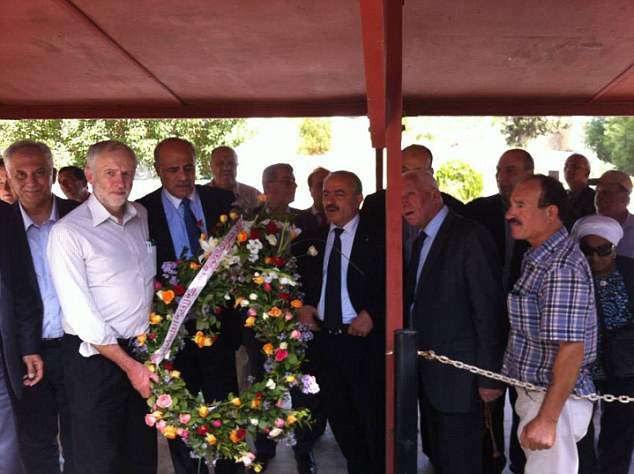 Jeremy Corbyn adjusts a wreath, held by Salman El Herfi, the Palestinian ambassador in Tunisia in 2014. He is standing by the graves of the men linked to the Munich terror attack. The picture, revealed exclusively by The Daily Mail, has plunged Mr Corbyn’s leadership into fresh turmoil and sparked calls for him to quit

He said: ‘There may have been Hamas. I did not meet any Hamas people, I am very careful, obviously.

‘When I talk on Palestine I’m very balanced with regards to Palestine.

‘If you read my speeches in the House of Lords I have always been very, very balanced on the whole issue. Both sides obviously have to come to a compromise.

‘So I don’t sympathise with Hamas, I have no dealing with Hamas.’

The Kenya-born and Uganda-raised politician was made a peer in 2006, the year after he created the CMF.

He said that the north African country’s government paid for accommodation and flights, which had been declared at the time.

He said he remembers Mr Corbyn being at the event but did not know beforehand that he would be there and ‘had no conversation with him’.