The Royal Navy’s aircraft carrier HMS Queen Elizabeth has set sail for the US where it will land fighter jets on its flight deck for the first time.

The £3billion warship left Portsmouth Naval Base for its maiden voyage on Saturday, eight years since a fast jet last flew from a British aircraft carrier.

Naval chiefs have pledged that the 65,000-tonne carrier, nicknamed Big Lizzie, will have the protection needed against the ‘eye-watering’ threat from Russia and other powers around the world.

During its trip to North America, the warship will embark two US F-35B test aircraft based at Naval Air Station Patuxent River, Maryland, which are expected to carry out 500 landings and take-offs during the carrier’s 11 weeks at sea. 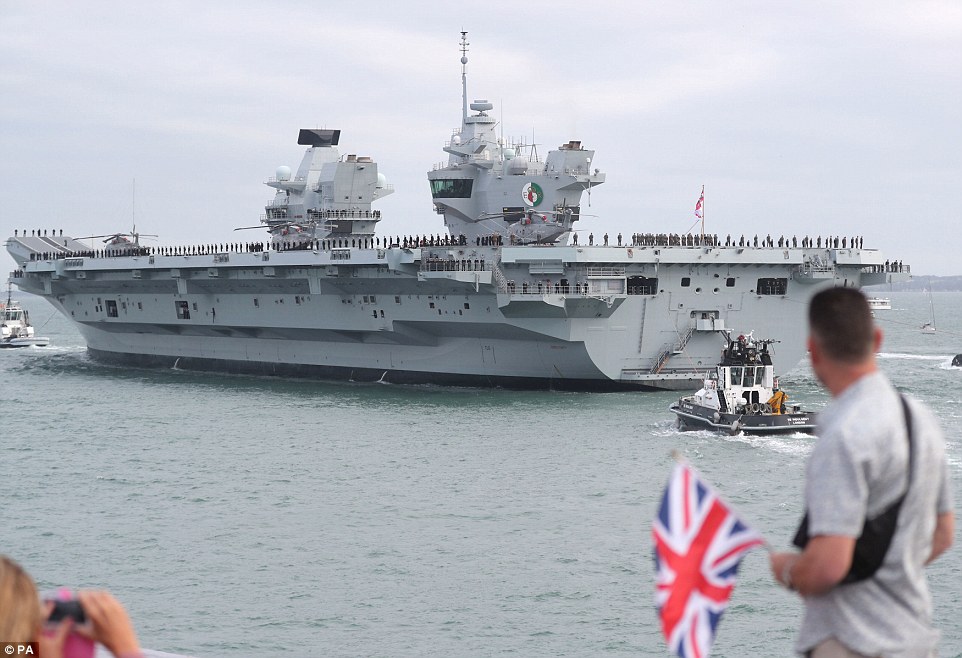