A Russian ‘boss-from-hell’ is facing up to seven years in jail after using an electric shock collar to punish the small children of his employees.

Yury Yudin, in his 40s, also used birch twigs to beat children, promising his ‘bullied’ and ‘tortured’ workers that he could improve the behaviour of their offspring.

Yudin reportedly ran his Yekaterinburg internet company like a sect demanding total obedience from workers or he would punish and torture them, workers have claimed.

Footage from one of the company’s ‘corporate training sessions’ sees him standing on a rock in his underwear while employees bow to him on the ground. 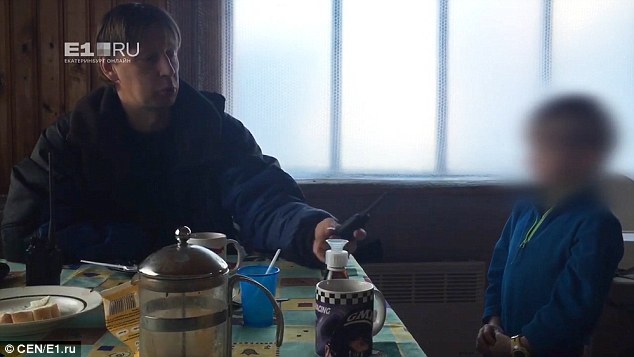 Pure evil: Video shows Yury Yudin, in his 40s, using an electric shock dog collar to ‘punish’ the five-year-old son of one of his employees at his internet company in Yekaterinburg, Russia Shocking: He then orders the boy to punish himself, and the young child complies, crying after subjecting himself to a series of electric shocks

A distressing video shows how Yudin using an electric dog collar on the five-year-old son of one of his employees.

He accuses the boy of failing during a martial arts class and not doing push-ups, and orders the boy to administer 15 electric shocks to himself as punishment.

‘Go on – punish yourself,’ Yudin orders the child.

The young boy is seen flinching and his body repeatedly shakes with shock each time he presses the button.

At the end of the punishment, the sobbing boy says ‘I have punished myself’ – and returns the control to the businessman.

Reports say his mother was present. She has refused to comment to media in Ekaterinburg. 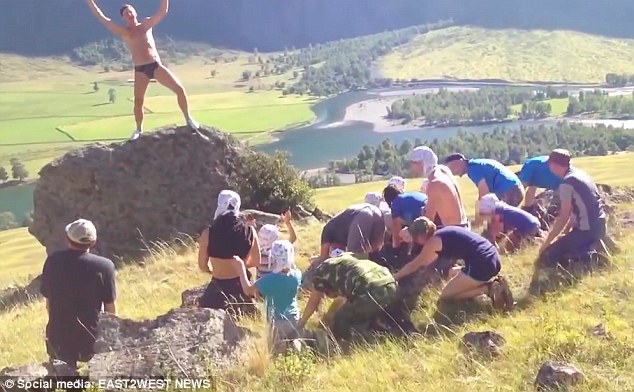 Bizarre: Another video shows Yudin standing on a rock in his underwear while employees bow to him on the ground during ‘corporate training’ 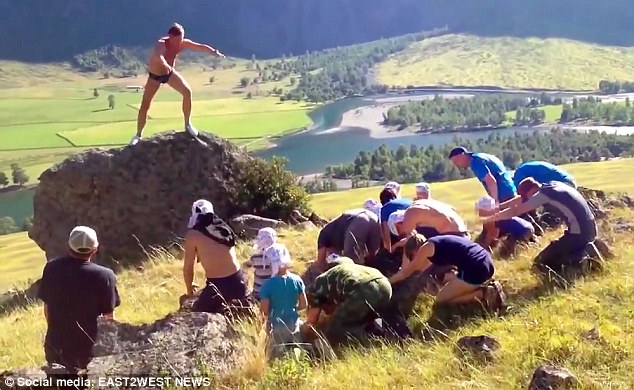 Sect: Yudin reportedly demanded total obedience from workers or he would punish and torture them, workers have claimed 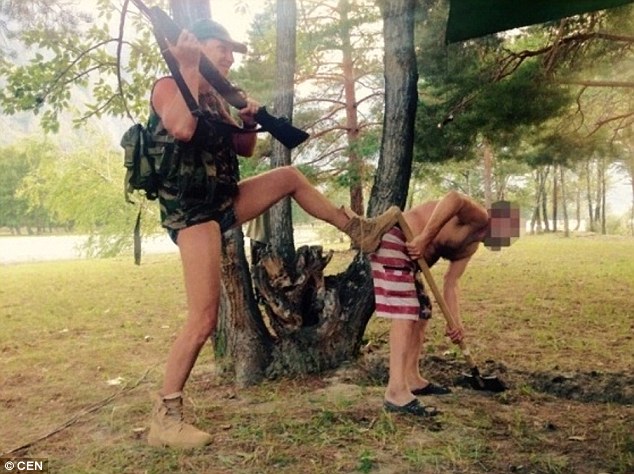 Evil: Yuri Yudin kicks one of his subordinates during a country retreats organized by him for his employees 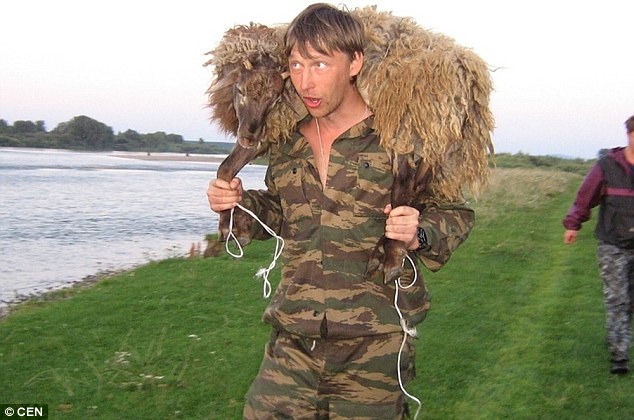 Yudin tells the child after the electric shock sessions that he should not have avoided his press-ups.

If he exercised, he would be ‘strong’ and ‘everyone would respect you’, he told the child.

‘Nobody would punish you and you would not have to punish yourself. You are doing a stupid thing, you are a bad boy.’

Criminal investigators are charging him for ‘causing physical or psychological suffering’ to underage children though ‘systematic beating or other violent actions’.

In one case ‘the underage boy was too small and a psychological forensic test proved that he accepted such violent treatment as he was sure it was normal’.

Employees of his company said there were many more cases of electric shock abuses on children and adults.

One said anonymously: ‘Yudin organised something like a sect inside his company, it is still working.

‘Yudin was ‘lecturing’ as a part of this project, telling about the right ways of children upbringing.

‘Some children of employees who joined this group were tortured,’ said one man. 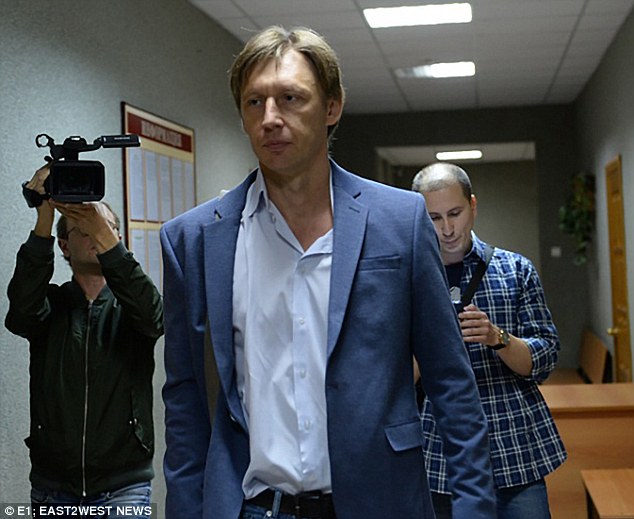 When he decided to leave, he was ‘tied to a chair and beaten,’ he said.

‘There were witnesses. After that Yudin put a bag on my head and I had to sit down like this all day long.

Toropv said he witnessed an employee tortured with electric shock treatment – and was forced to take part in a mass beating of a worker accused of theft.

‘Yudin does not just physically beats you,’ he said. ‘He damages your psychological state.

‘It took me some years to recover.

‘I received threats, and they demanded I should come back to work in the company.’

Yudin is reported to have four children by different mothers.

None of the children he punished at his company were his own, it was reported.

Yudin’s lawyer, Timofey Tyurin, said the ‘criminal case against my client is based on assumptions and slander’.

If convicted he will face between three and seven years in jail.