A Russian judge has resigned after a a compromising video surfaced that shows him filming a naked woman at a petrol filling station shop.

Yury Makarov has originally denied being the man on the video but admitted a car number plate seen on the footage is his.

But he later changed his story and admitted it was him – but claimed he had seen her without clothes by the roadside and picked her up intending to help her.

The senior judge’s resignation as chairman of a Stavropol region judicial circuit was being considered on Tuesday by a panel of fellow judges.

Makarov said the woman told him she had lost a bet with friends and her punishment was to be filmed naked buying a bottle of water.

She gave the judge her phone and asked him to film while she went to the filling station shop and bought the water. After this, he drove her to her friends, he said.

He did not explain why he had earlier denied being the man filmed with the naked woman whose identity has not been revealed.

He had initially claimed he was being framed by the film, which shows him and the naked woman emerge from a white off road car at a filling station in Krasnodar region on August 3. 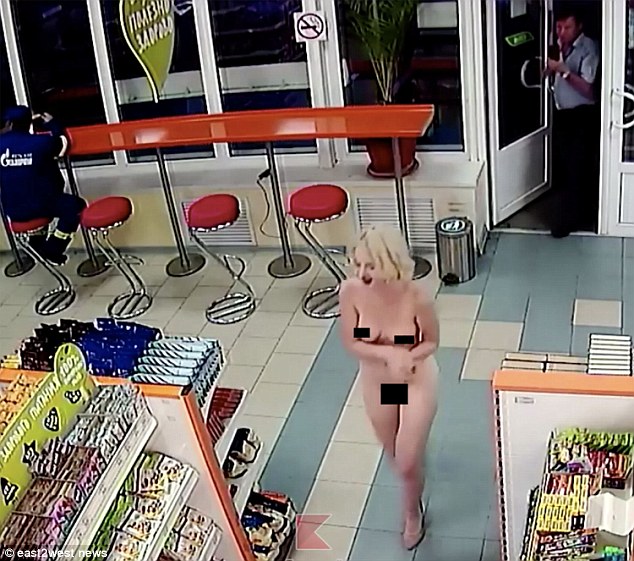 In an extraordinary statement to a Russian TV channel, he claimed Chechen militants were behind the footage in revenge for a verdict he handed down in 2002.

In the film, Makarov appears to explain to the woman that he wants her walk into the shop dressed in nothing but high heels.

CCTV footage shows the blonde woman smiles as she enters the shop before striding to the counter.

She buys a bottle of Russian champanski, according to reports, although it could be beer or mineral water.

The male sales assistant serves her as if nothing unusual its going on, and she pays by plastic card.

All the time, the judge is filming her on his mobile phone. 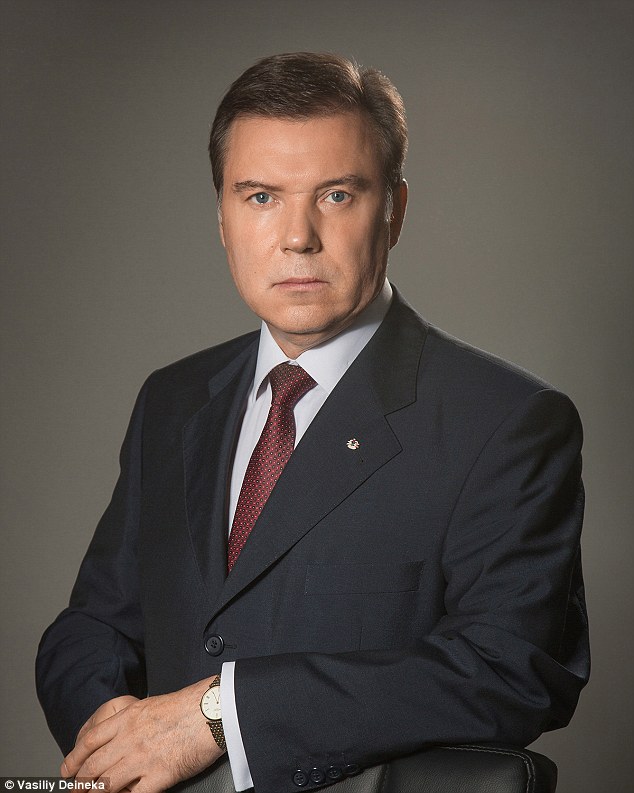 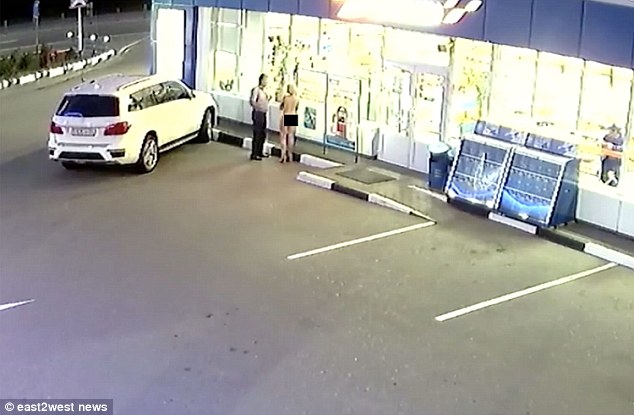 In the film, the judge appears to explain to the woman that he wants her walk into the shop dressed in nothing but high heels 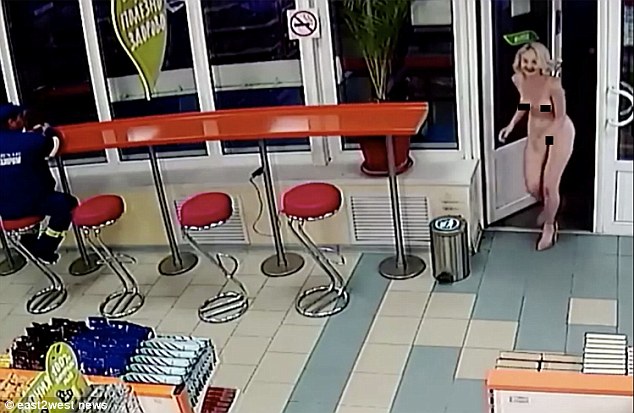 Makarov, who is in his mid-50s, tendered his resignation after the footage was revealed by the Mash news outlet, reports.

The judge then told Ren TV in a phone interview: ‘The complexion, manners, and posture of the man accompanying the naked woman are very different from mine.

‘I do not have such a tummy. I have nothing to do with the man in the video.’

He then claimed the video came to light as a result of a 16-year sentence he handed down to a Chechen militant nicknamed Titanic, whose real name is Said-Magomed Chupalayev, in 2002.

The sentence had angered Chechen elements, he acknowledged.

The sentenced man is due for release now. 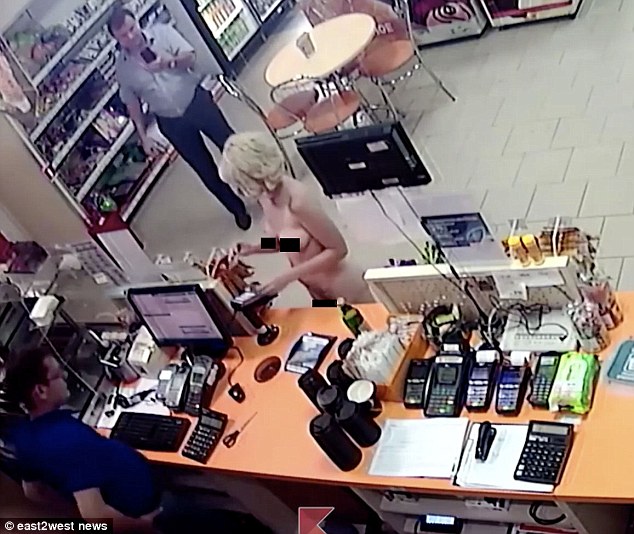 She buys a bottle of Russian champanski, according to reports, although it could be beer or mineral water 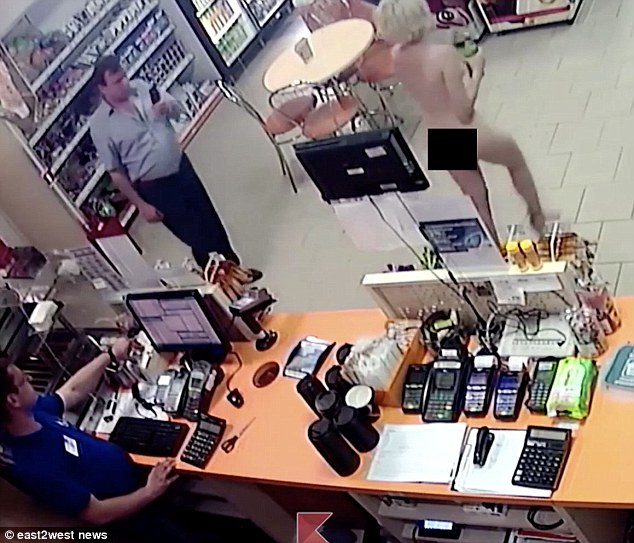 All the time, the judge is filming the naked woman on his mobile phone in the shop

The judge claimed he was warned that he ‘might have problems’ by a mysterious man in 2002.

He was ‘a bit afraid’ about what may happen after receiving this ‘threat’, he said.

Then two years ago a ‘slim, athletic’ man stopped him and warned he could face an internet attack.

‘Around midnight, on the night from Monday to Tuesday, I got a text message,’ he said.

He was told a video had been made as a ‘joke’ because the man ‘looks like you’, he said.

He claimed he was told in the message: ‘Titanic is not involved. We are hoping that this video did not cause you harm.’

The judge denied the incident amounted to blackmail.

His explanation and resignation is due to be considered by the judges’ panel. They have the power to accept or reject his resignation.