A training session with a Russian MMA fighter named ‘Mad Max’ has gone wrong when he accidentally cut his partner with an axe.

Maxim Novoselov was in the gym with Andrey Kynyazev who was trying to lose weight when the injury occurred.

The video shows Novoselov, a six-foot, 111-kilo fighter, training with the axe which he received as a present that day.

‘Mad Max’ spins the weapon in his hands, throwing it in the air and catching it as he shows off to the camera.

He then takes aim at Kynyazev who is armed with a shield and a large hammer.

The pair exchange swings of their weapons with Novoselov landing an axe square in Kynyazev’s shield.

As part of Kynyazev’s weight-loss regime, he fights back and swings twice at the intimidating fighter. 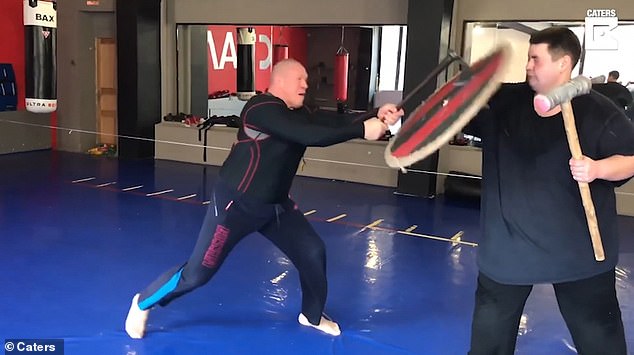 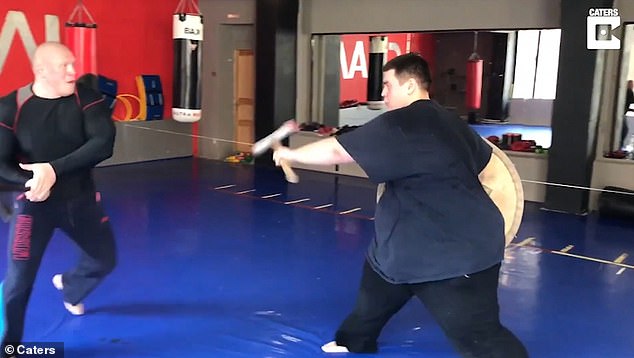 Kynyazev swings back with his hammer at the six-foot, 111-kilo professional MMA fighter

Then ‘Mad Max’ swings his axe right into the middle of Kynyazev’s shield and unwittingly pierces it.

The weapon cuts through to the other side where Kynyazev’s arm is holding on to it and makes a large gash in his forearm.

As Kynyazev pulls the shield away, a large amount of blood pours from the wound as he makes an anguished sound. 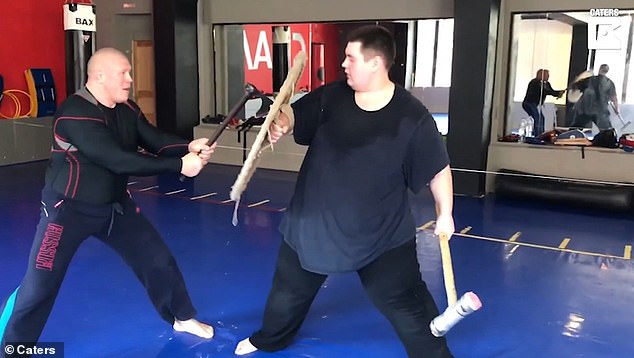 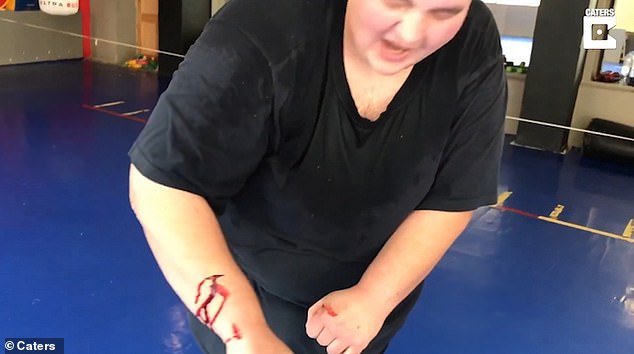 Kynyazev said: ‘That day Me and Maxim wanted to shoot something special, but it went wrong.

‘It took four weeks to recover. Of course, I got to hospital where I had two stitches.

‘It still hasn’t recovered perfectly and I have a scar now.’