Saudi Arabia could be set to carry out its first execution of a female political activist, human rights organisations warns.

Israa al-Ghomgham, 29, has been imprisoned since 2015, after taking part in anti-government protests in the eastern region of Qatif and campaigning for human rights on social media.

Ms Al-Ghomgham, along with five others including her husband, has been charged with ‘inciting disobedience of the ruler’ and organising anti-government protests. 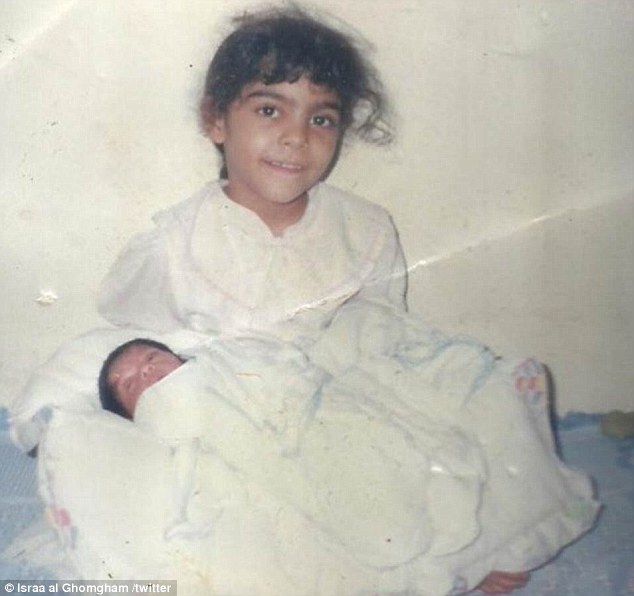 On trial: Israa al-Ghomgham, 29, pictured as a child holding her sister, has been imprisoned since 2015, after taking part in anti-government protests in the eastern region of Qatif

‘It’s largely a revenge against the Arab Spring, and a punishment for Qatif, which witnessed the largest protests since 2011.’

During Ms Al-Ghomgham’s first trial session earlier this month, the prosecution recommended that she be sentenced to death for her crimes.

It is thought that she would then become the first female human rights and political activist to be executed in Saudi Arabia. 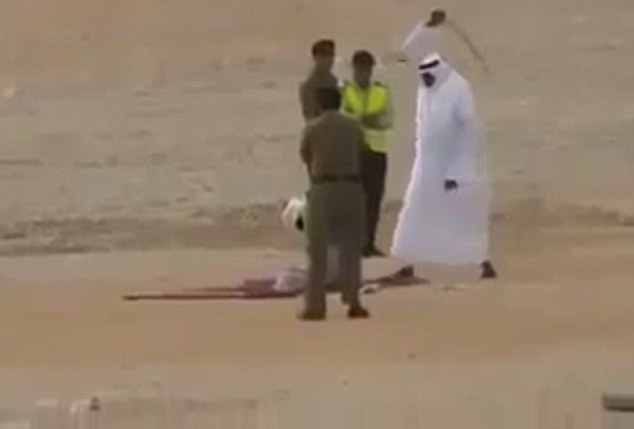 However, the court has yet to convict her and her five co-defendants, and the trial is not due to continue until the end of October.

There have been several false reports on social media claiming that Ms Al-Ghomgham had already been executed.

Images of another woman has also been spread online with commentators claiming her to be Ms Al-Ghomgham, however the only photo of her available is a family photo from her childhood where she is seen holding her younger sister,

Several Saudi Arabian human rights activists have taken to social media to slam the reports, urging supporters not to share false information which could hurt her case.

Since 2015, Saudi Arabia has executed seven women, on average two per year, for crimes such as murder. Last year, the hardline Muslim nation executed a total of 146 people, according to Amnesty.