Saudi Arabia has announced its staggeringly-ambitious project will consist of a straight line stretching for more than a hundred miles. The Saudi crown prince Mohammed bin Salman wrote in a statement how the unique concept will eventually house one million people in a city with, “zero cars, zero streets, and zero carbon emissions”.

Should the cutting-edge city receive the green-light, it will mark be the first development at NEOM.

Construction of The Line will commence in Q1 of 2021

Prince bin Salman revealed everything in The Line will be “within a five-minute walk of home.”

However, it remains unclear such an option is available in a 100-mile long city, although the crown prince added travelling from one end to the other would take a mere 20 minutes. 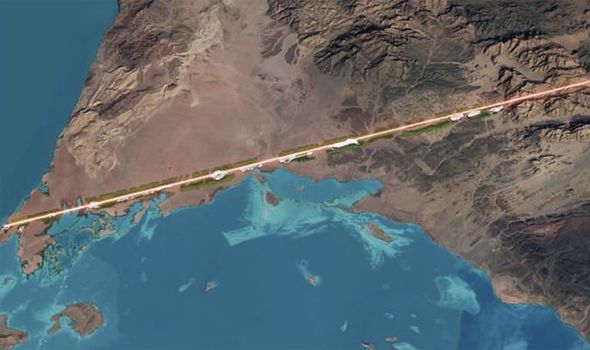 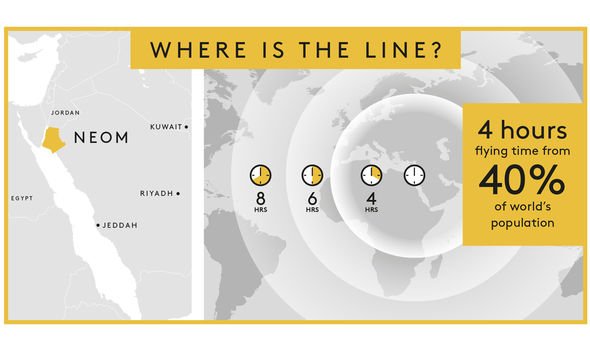 This is due to ‘The Spine’ a high-tech mode of transport connecting individual city modules.

Prince bin Salman wrote: “Throughout history, cities were built to protect their citizens.

“After the industrial revolution, cities prioritised machines, cars and factories over people.”

The planner adds how in the world’s most advanced cities, people, “spend years of their lives commuting”, noting by 2050 such trends will almost certainly double, leading a surge in deadly pollution. 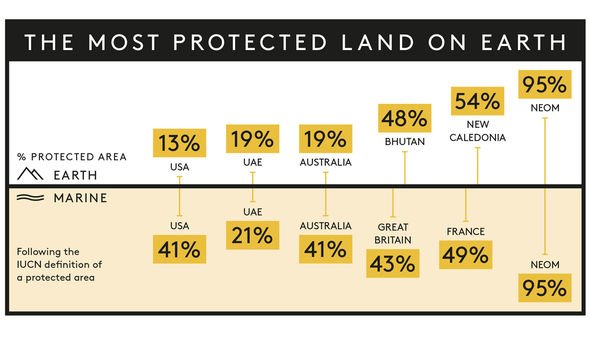 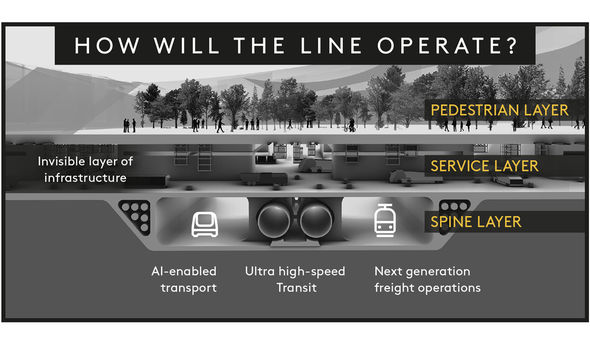 And an added bonus with having almost everything mere minutes away is a corollary of slashing incidences of deadly road traffic accidents.

A statement on the project’s site said: “Construction of The Line will commence in Q1 of 2021.

“The Line is one of the most complex and challenging infrastructure projects in the world and forms part of extensive development work already underway at NEOM.

“It is a region in northwest Saudi Arabia on the Red Sea being built from the ground up as a living laboratory.

“NEOM will be the home and workplace to more than a million residents from around the world.

“It will include towns and cities, ports and enterprise zones, research centres, sports and entertainment venues, and tourist destinations.

“As a hub for innovation, entrepreneurs, business leaders and companies will come to research, incubate and commercialise new technologies and enterprises in ground-breaking ways.”

But the announcement received much significant social media backlash.

Some described plans for The Line as little more than an empty attempt at attracting international investment. 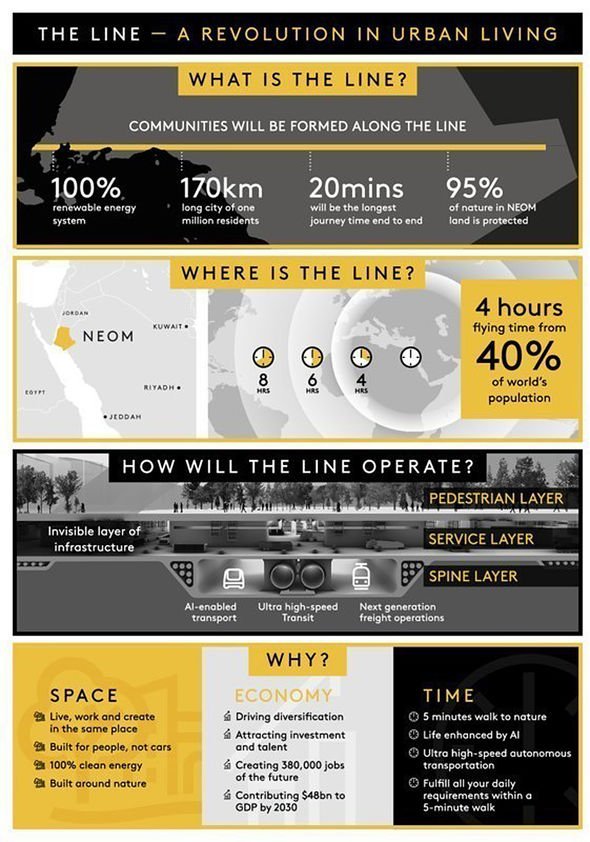 The Economist reporter Gregg Carlstrom tweeted: “Everything about NEOM seems like it was dreamed up by a Saudi official who watched a sci-fi movie on [the Middle East Broadcasting Center] at like 4am and said ‘that looks cool, let’s throw $100bn at it’.”

Despite the criticism, construction is slated to start very and is expected to contribute $48 billion (£35 billion) to the local economy as well as 38,000 jobs.