‘Tethered like an ANIMAL!’: School staff strap autistic boy, five, who can’t speak to chair by his ankles and waist as other children play freely – then send mother PHOTOS in class report

A school strapped a five-year-old autistic boy to a wheelchair then sent the distressing photos to his parents.

The horrified mother received pictures of her son, who has no physical disability, tethered to the chair with straps around his waist, legs and ankles.

The child’s mother only learnt he had was being restrained when his behaviour changed at home and he had panic attacks when she tried to sit him in a chair.

She said her ‘placid’ son was ‘tortured and tethered like an animal’ at the special school in Northern Ireland as police and social services launched an investigation. 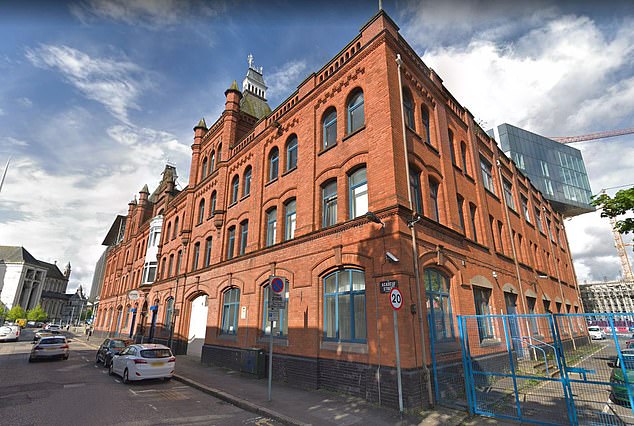 The pictures show the youngster in the chair while his classmates play nearby, and were sent to the mother as part of a school report.

His parents have yet to receive an apology from the school. They have made an official complaint citing negligence and breach of duty by the school, the Education Authority and the Department of Education but claim they have been ‘left in limbo.’

Social services made a complaint to the Police Service of Northern Ireland and wrote to the child’s psychiatrist stating: ‘We fear [the child] suffered wilful or neglectful failure to prevent injury and suffering, and confinement defined as physical abuse under Social Services procedure.’

According to Belfast Live, an internal Education memo states that on June 29 the parents’ complaints should be registered with Internal Audit as a ‘potential whistleblowing case’.

The mother said: ‘Our son was tethered like an animal. He’s a placid boy, all his assessments show that. He is physically fit and active with some challenging behaviour but there’s never been a need to restrain him.

‘Those chairs are made for children who need to be elevated and angled to the right position, not our son.

‘We didn’t realise what had been going on until he actually managed to show us himself. Our son is autistic and non-verbal, but until this he’d always been happy, cheerful and easy company.

‘Quite suddenly his personality changed and for the best part of a year we were going rapidly downhill. He was tortured, demented. I was really concerned that he was going out of his mind.

‘He was so distressed and agitated, having panic attacks, suffering night terrors and he was acting very strangely, a totally different little boy to the one we knew and he couldn’t tell us why.

‘He started staying in the chair at the dinner table and got very distressed if we tried to get him out of it. His psychiatrist has since told us she believes he’d been conditioned to sitting in a chair.

‘We’d no idea he was restrained in a chair in school and we hadn’t given our permission for that. But we were told by other parents they’d seen our son being wheeled in the chair but when we asked the school, they denied it.’

His father added: ‘We took our son out of school and I home schooled him and for weeks he was still distressed but he started to heal.

‘His smile came back, his anxiety lifted, his distress lessened and he was able to go back to school with different teachers who have been brilliant.

‘We are battling for his dignity and his rights that we believe were violated by the very people who should have protected them.’

A spokesman for the Police Service of Northern Ireland told MailOnline: ‘The matter has been reported to police and is being investigated,’ but refused to comment further.

A spokesperson for the Education Authority (EA) said: ‘In order to protect the confidentiality of the child, EA cannot comment on circumstances relating to specific children.’