The Severn Bridge is shut because staff called in SICK: Crossing into Wales that is used by 17,000 cars a day is closed… but only because there is no one to man toll booths

The Severn bridge into Wales has been closed due to ‘unprecedented’ levels of staff sickness – causing travel chaos for holidaymakers looking to make the most of the weekend’s heatwave.

Around 17,000 vehicles use the crossing each day, which charges £5.60 to get into Wales, and Britons using the crossing this morning were faced with huge delays as they are now forced with finding alternative routes into south Wales.

The closure is expected to last until 2pm today and motorists are being advised to travel using the second Severn crossing, known as the Prince of Wales Bridge, instead. 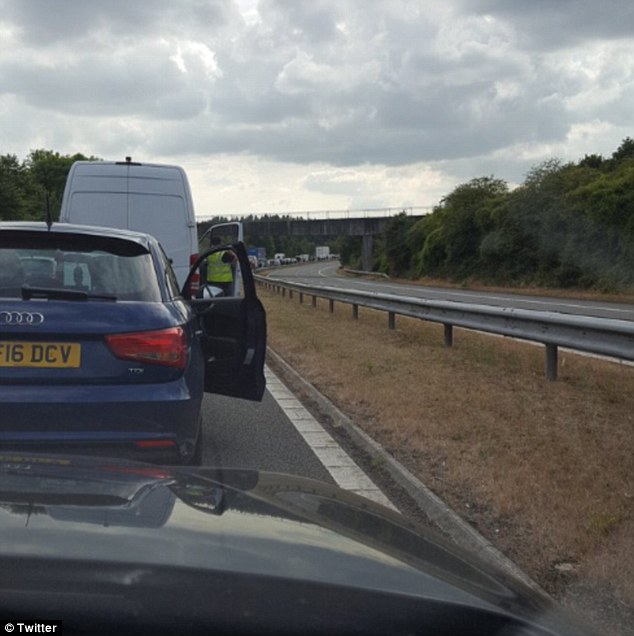 The closure is expected to last until 2pm today and motorists are being advised to travel using the second Severn crossing. Pictured: People stuck at Severn Bridge yesterday 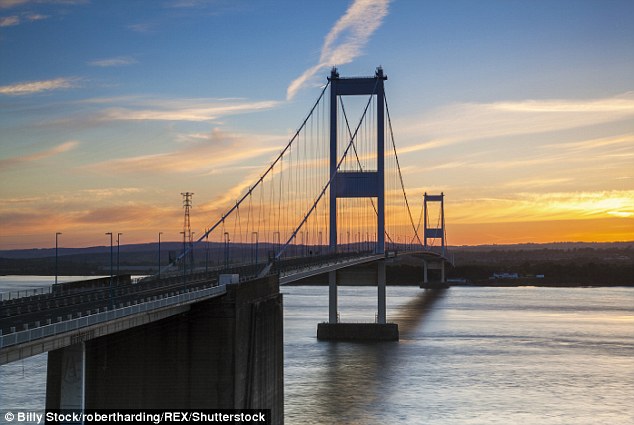 The Highways Agency opted to close tollbooths on the bridge in order to protect the staff safety.

A spokeswoman for the Highways Agency said: ‘This is an unprecedented level of staff sickness.

‘If we haven’t got staff members in crucial roles on the toll plaza it is not safe for our team or the drivers so we have taken the decision to close the tolls.

‘We are telling motorists to use the other bridge.

‘Staff have been diverted to the second Severn crossing to assist staff there and keep traffic flowing.’

All westbound lanes between Junction 1 and 2 on the M48, which links to Chepstow in Monmouthshire and Aust in South Gloucestershire, are closed.

The bridge remains open eastbound, as it is not controlled by tolls. 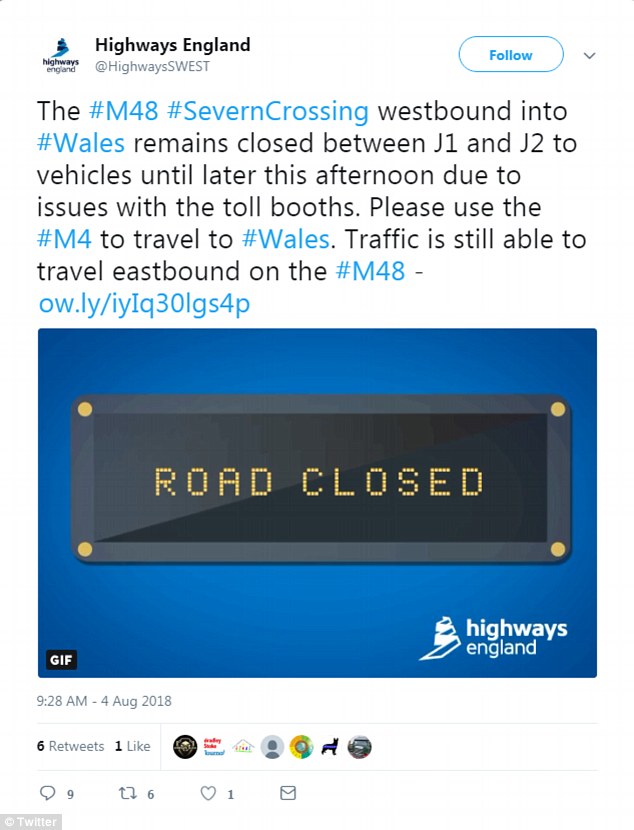 The Severn Bridge is closed westbound due to staff shortages. The M4 second Severn crossing is open to all traffic

The second Severn crossing, which was recently renamed the Prince of Wales bridge, is around five miles south of the closed Severn crossing. Both charge a toll of £5.60.

The decision to close the bridge has been berated by users on social media, with some claiming the move is motivated by money.

Paul Mercieca said: ‘Should open the barriers then. Maybe routine maintenance would help. How can u shut a major route. Just because u can’t collect some money.’

Another user said: ‘UNBELIEVABLE! Then open the barriers and take the loss! Y should road tax payers have to fund your bad management? So if u run out of staff on the Second Crossing you’re going to close both bridges and cut off South Wales? Someone needs to sort this out, fast.’

Mark Jackson said: ‘Typical government agency “close it down” instead of just leaving it open and allowing free crossing until your staff levels are back up.’ 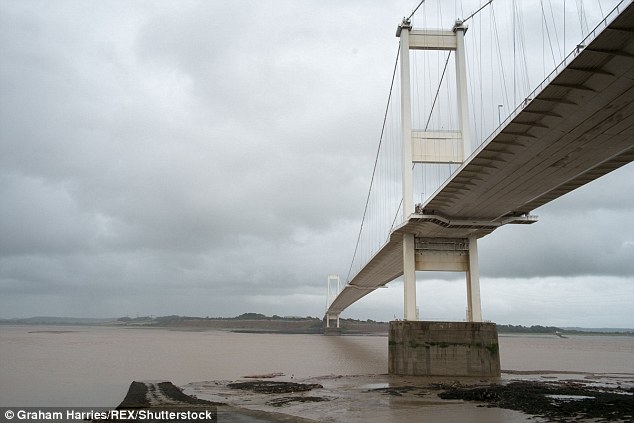 All westbound lanes between Junction 1 and 2 on the M48, which links to Chepstow in Monmouthshire and Aust in South Gloucestershire, are closed