Home » World News » She never returned from a trip to Graceland. Her husband told three stories – before the truth emerged

The small town police chief caught up with his man at the local Burger King.

Hartville, Ohio is a village of 3000 people stuck between Akron and Canton. The fast-food restaurant squats on a parking lot spidered with cracks fronting a strip mall not far from the heart of the town. On a Friday last April, Hartville Police Chief Larry Dordea marched through the door, his eyes searching for Philip Snider. Seventy-three-years old. Bespectacled. A thinning crop of blond hair topping his narrow head. Snider was at the Burger King, like most mornings, enjoying a cup of coffee. The chief asked him how he was doing. 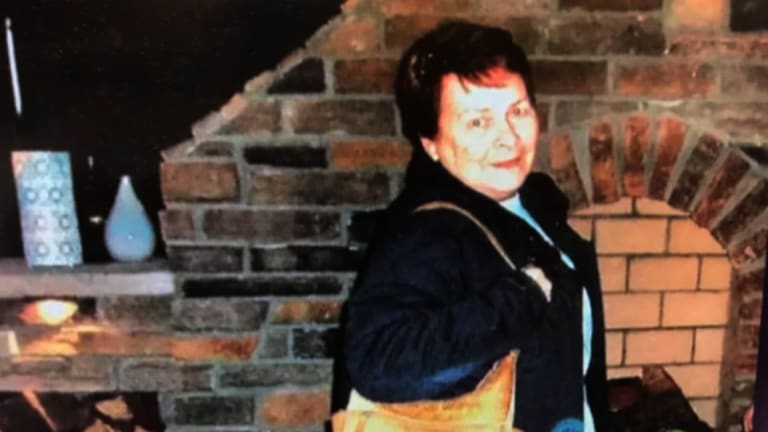 Photo of Roberta Snider who was reported missing in January. Her husband Philip Snider is in court accused of her murder. Photo supplied.

Three months earlier, Snider's wife of 53 years, Roberta, had vanished. Police in two states were investigating. Rivers had been searched, polygraph tests administered. But authorities struggled for answers. Snider's own account of the disappearance had skipped and sputtered like a warped record – a whirlwind of changing stories involving a pilgrimage to Elvis Presley's home, a mystery ambulance, and a bloody sweatshirt.

But as Dordea stood in the Burger King, he knew then Snider had made a crucial mistake. He had spilled his secret to the wrong person.

"[His] look changed when I told him he was under arrest," Dordea told 10 News.

On Monday, Snider pleaded guilty to aggravated murder, tampering with evidence and gross abuse of a corpse, Cleveland's WKYC reported. As part of his deal with prosecutors, Snider has reportedly agreed to finally lead authorities to his wife's body. 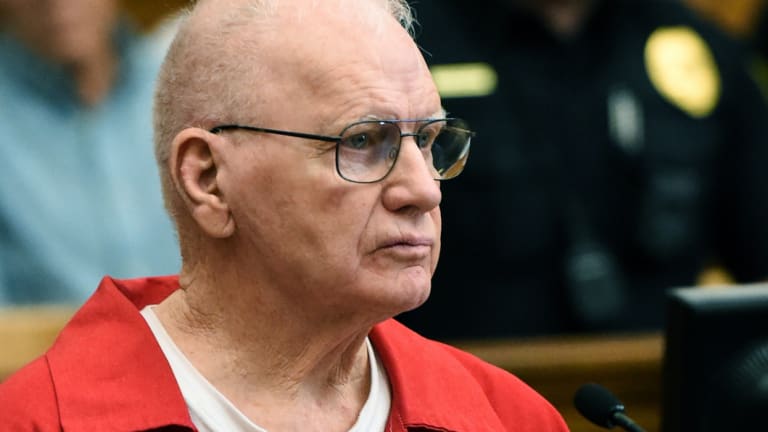 Although Snider's plea signalled his co-operation with authorities, the Ohio man's confession was the result of complex police work. At Monday's hearing, prosecutors revealed the breakthrough in the case came after an undercover officer won Snider's trust and pulled the truth from the widower. He's now facing life in prison with at least 20 years inside before his eligibility for parole – a virtual death sentence for a man in his eighth decade.

"This is one of the most ghastly crimes I have ever seen," Judge Frank Forchione told the defendant on Monday, according to a video of the proceeding.

"The hottest places in hell are reserved for people like you."

It all started with a trip to Graceland

According to multiple media reports, Snider told family members his 70-year-old wife was ill with cancer. A lifelong Elvis Presley fan, Roberta decided before her death she wanted to make a trip to Graceland, the Colonial Revival mansion in Memphis that stands as the holy land for the rock 'n' roll pioneer's fan base. The couple even planned to stay in the famous Elvis-inspired Days Inn near the estate, where the rooms are plastered with Presley photos and the building sits around a guitar-shaped swimming pool. 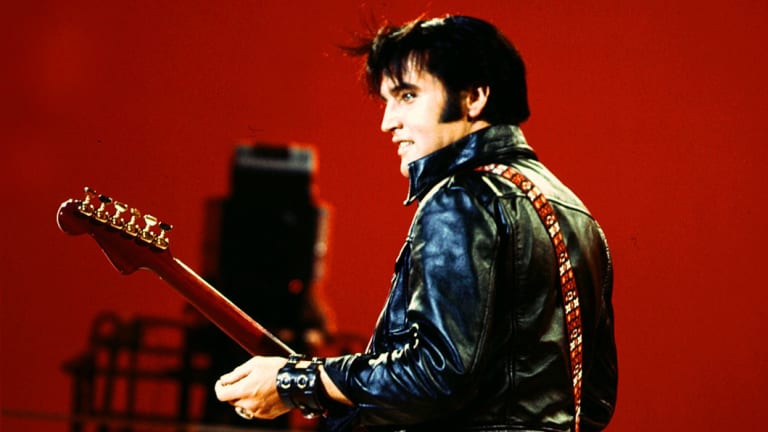 A lifelong Elvis Presley fan, Roberta Snider had wanted to make a trip to Graceland.

On January 4, Snider called up a buddy named John Lapp whom he regularly met with others at the Hartville Burger King for morning coffee. Snider said he and his wife were setting off on the 725-mile (1167-kilometre) trip to Tennessee, the Canton Repository reported. He'd be back in a few days.

Lapp, however, would later tell police the phone call was odd. Lapp had known Snider for decades. It was only the second time they had ever talked on the phone. 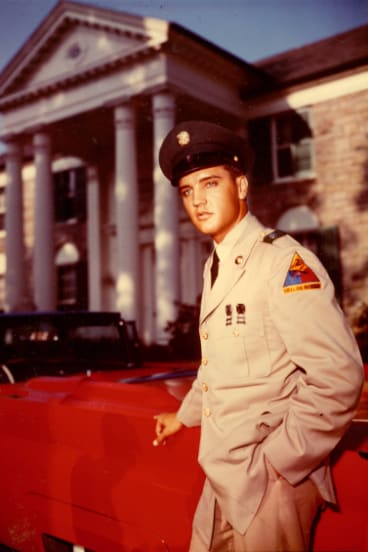 Elvis Presley in an army uniform outside Graceland.

Three days later, Snider rang up a number of family members back in Ohio from the road. This time he had devastating news. Roberta had died in Memphis, Snider claimed. According to the Repository, the husband explained his wife had choked on her phlegm as they arrived in town. Snider claimed he approached an ambulance in a parking lot for help.

"[He] said that he flagged an ambulance down and they checked her and put her in an ambulance and left with her and he didn't know where she went," Tennessee's Benton County Sheriff Kenny Christopher later told the Memphis Commercial Appeal.

The day after alerting his family about Roberta's death – January 8 – Snider was back at the Burger King in Hartville for his morning coffee. He repeated the story to the regulars. A day later, Roberta's family contacted the Hartville police for help locating the dead woman in Tennessee.

But authorities down south were stumped. Emergency medical services, ambulance services and the Memphis Medical Examiner's Office all had no record of Roberta's body, nor did they have a Jane Doe matching her details. Investigators, however, did pull credit card data showing Snider had actually made the trip.

Police followed up by obtaining security footage from a motel in Kentucky. The images captured Snider's truck at the establishment, again proving he had been on the road.

This is one of the most ghastly crimes I have ever seen. The hottest places in hell are reserved for people like you.

But he was alone. Roberta wasn't in the car.

On January 14, Chief Dordea and another officer confronted Snider with the Kentucky motel photos. According to the Repository, the husband's story then changed.

Roberta had died on the road, Snider now claimed, but the death had occurred back in Ohio between Columbus and Cincinnati. Snider allegedly told investigators he wrapped his dead wife's corpse in two trash bags, placed her in his truck's bed, and continued on to Tennessee so Roberta could have one last posthumous trip to Graceland. After checking into the Days Inn, Snider said he left the motel in the early morning and threw his wife's body off a bridge on Interstate 40 into the Tennessee River.

Police in Ohio again reached out to their counterparts in Tennessee.

"The police chief in Hartville contacted me and said they were getting a lot of conflicting stories from Mr Snider," Sheriff Christopher told the Memphis Commercial Appeal. "Our Benton County rescue squad they went out and dug underneath the bridge and drove over the area searching with boats for about five to six miles … And they haven't found anything."

According to Ohio.com, credit card receipts again led investigators to a gas station in Wooster, Ohio where Snider had stopped in the first hours of his trip. Security footage showed the husband was alone, torpedoing his claim his wife died further south on the highway. The same day, as police executed a search warrant of Snider's home, a police dog sniffed out a torn fragment of a sweatshirt.

With "Hartville" splashed across the front, the clothing item was dabbed in blood. Roberta's family later told investigators it was her favourite shirt. Lab tests later confirmed it was 99.999 per cent probability it was the missing woman's blood.

The police chief in Hartville contacted me and said they were getting a lot of conflicting stories from Mr Snider.

But police did not immediately get the opportunity to question Snider. He attempted suicide in late January, putting off the next confrontation with Chief Dordea. When the Hartville lawman finally confronted Snider in his hospital bed with the gas station photos and bloody sweatshirt, Snider related a third version of Roberta's death, Ohio.com reported.

His wife had died at home in Ohio, Snider now claimed. Still intent on giving Roberta a final trip to Graceland, he loaded the body into the truck for Tennessee.

Again, he claimed he had driven to Memphis, then dumped his wife into the Tennessee River.

A companion … and a confession

Although police suspicion now had fastened firmly around Snider, there was little they could do to advance a criminal case. Down in Tennessee, law enforcement had yet to turn up a body. So after his release from the hospital, Snider returned to Hartville and his morning rounds of coffee at the Burger King.

As prosecutors revealed at the hearing this week, not long after his hospital stay Snider was befriended by a woman. How the two met has not been revealed. But the two began bonding over coffee at local fast food restaurants, their conversations growing intimate.

The woman told Snider she was caring for her dying mother, but the relationship was strained. Eventually she "confided in Snider that she wished her mother would die and even told him that she thought about killing her mother," prosecutors explained Monday, according to the Repository.

The woman's confession seemed to deepen the tie. Snider proposed the two should get married so the woman could collect his pension. In turn, the woman told Snider they couldn't continue their relationship unless he told her the truth about his wife's death, Ohio.com reported.

He relented. According to Ohio.com, Snider told the woman he and Roberta had fought on the night of January 2. The next morning, he went for his morning coffee at Burger King. When he returned to the house, Roberta was sleeping on a love seat in the living room. Snider said he placed a cloth over her head and bashed her skull with a hammer. Snider claimed he disposed of the body, murder weapon, and other blood-splattered pieces of evidence on the long ride to Graceland.

What Snider did not realise was the woman sharing his secrets over coffee was not actually another fast-food lonely heart, but an undercover police officer who had just obtained the evidentiary ammunition needed for a prosecution. On April 20, Chief Dordea arrested Snider at his usual morning hangout.

On Monday, as prosecutors laid out the final account of Roberta's death, the defendant also briefly addressed the court.

"I put her in the Tennessee River," Snider said. "That's where I put her."