Sheikh’s ex-wife, 41, fears she is being targeted ‘just like missing Saudi journalist Jamal Khashoggi’ after a ‘firebomb attack’ on her £4m London home when she fell out with Dubai ruling family

The ex-wife of a sheik whose £4 million mansion was gutted by a fire last year has said she fears she is being targeted ‘just like’ a missing journalist – but she ‘won’t be silenced.’

Nivin El-Gamal, 41, who was married to Emirates Airline chairman Sheikh Ahmed bin Saeed Al Maktoum and has a ten-year-old son with him, fears she ‘could be the next Khashoggi.’

Nivin El-Gamal, 41, fears she may be ‘the next Khashoggi’ but she ‘won’t be silenced’

Ms El-Gamal told The Sun that she believes ‘shadowy forces’ were behind the fire at her house which happened last October.

Police and the London Fire Brigade couldn’t determine the source of the blaze at the Belgravia mansion but Ms El-Gamal reported seeing three men outside shortly before.

All four floors of the property were severely damaged by fire. The ground floor, basement and first floors were totally gutted and the second and third floor were 30% damaged by fire.

Ms El-Gamal, whose ex-husband is an uncle of the leader of Dubai, said: ‘The Saudi government acts with impunity and I believe the same can be said for the United Arab Emirates. I fear I could be the next Khashoggi.’ 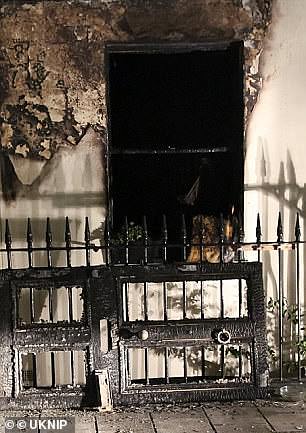 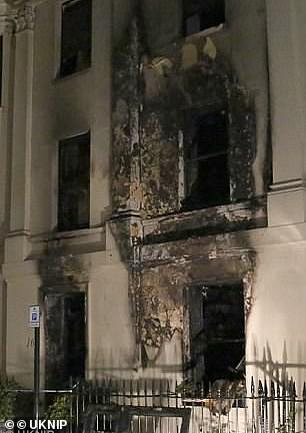 Ms El-Gamal’s £4million mansion in Belgravia, London, caught fire last October and she believes ‘shadowy forces’ were behind it 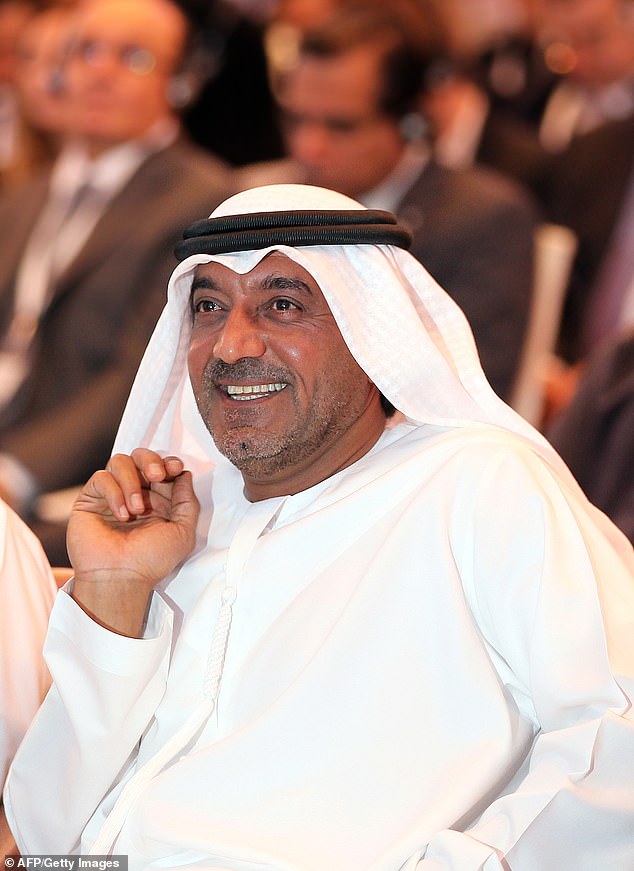 Sheik Ahmed (pictured) and Ms El-Gamal became engaged in 2006 after they met in Dubai two years previously. The Emirates boss gave her a £30,000 dowry as part of the engagement

Sheikh Ahmed and Ms El-Gamal became engaged in 2006 after they met in Dubai two years previously. The Emirates boss gave her a £30,000 dowry as part of the engagement.

However wedded life wasn’t as smooth as it seemed from the outside. Things began to fall apart after she announced she was pregnant, and after her son Saeed was born in Los Angeles in April 2008, the Sheikh married his cousin.

Ms El-Gamal said: ‘Everyone would think I had the dream life but my life is in danger. The fire at my property could have killed. I won’t be silenced.’

Ms El-Gamal also told the Sun that she noticed her cars, a Maserati and Bentley, had shown signs of being tampered with, only adding to her concerns.

In 2013 the concerned mother, who is originally from Egypt, applied for UK residency and was given indefinite leave to remain.

The sheikh, 59, strongly denies being behind any plot. A spokesman said: ‘All such allegations are denied.’

Ms El-Gamal wed Sheikh Ahmed in a secret ceremony in 2007, but the pair split leaving her with a son he refused to admit was his.

After a series of court hearings and a paternity test, Sheikh Ahmed – who is said to be worth billions – was forced to agree a generous maintenance settlement of £15,000-a-month.