This is the horrifying moment a Canadian cop lost his control and knocked a woman to the ground.

The video sees the male officer try to walk through a crowd of rowdy young people gathered outside of Rebel, a Toronto nightclub.

An altercation takes place between some party goers and one man is heard shouting ‘Get the f*** off me’ when another man holds the collar of his shirt. 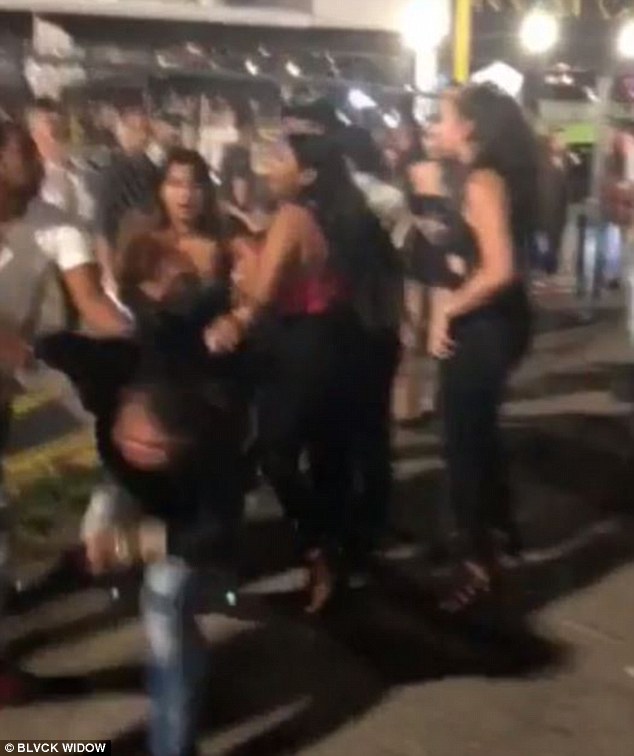 A cop trying to diffuse a fight outside Toronto nightclub Rebel pushed over a woman, the chaotic scene where two men were fighting prior to the slam pictured above 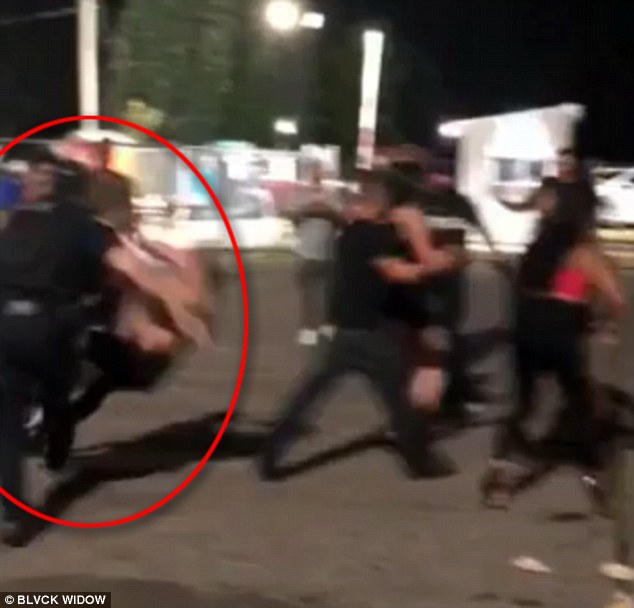 The woman shouted ‘Officer!’ trying to get his attention as he ran after two men who were pushing each other, but instead of stopping he put his hands on her shoulders and pushed her 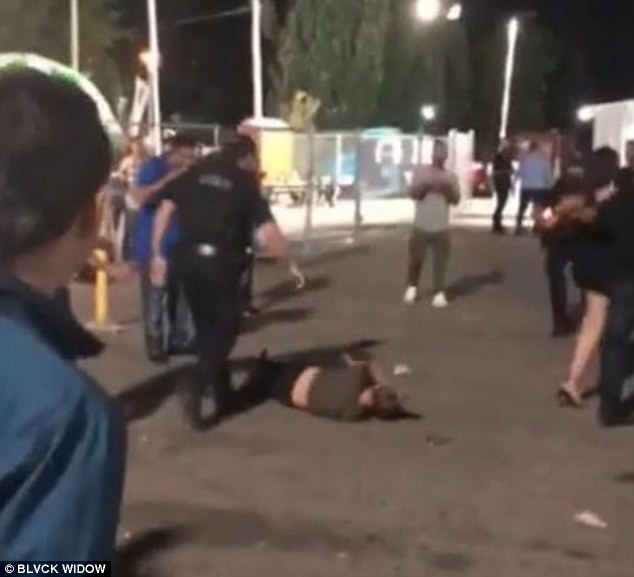 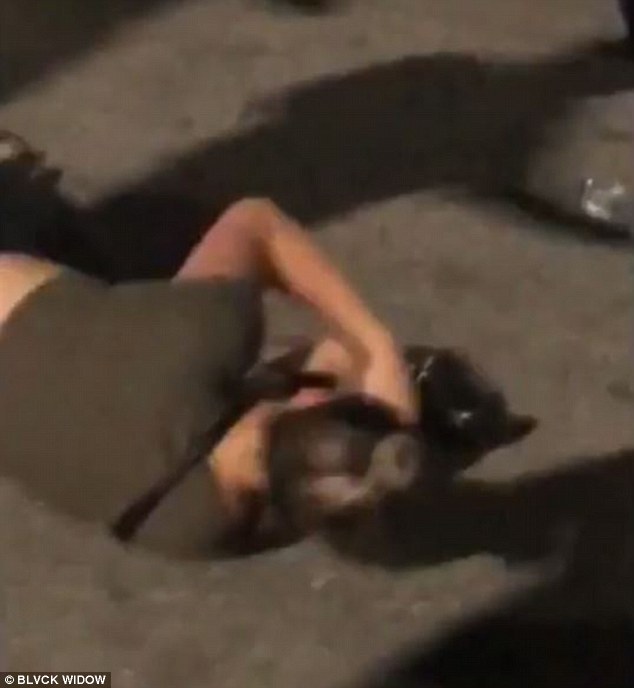 In pain: She cradled her head following the blow as the officer walked around her without offering to help pick her up

Two men are then seen pushing each other and a woman wearing a green top and black jeans is overheard screaming ‘Officer!’ to get his attention.

When the cop comes closer she yells ‘officer!’ again but gets cut off when he puts his arms on her shoulders and aggressively pushes her to the ground.

He slams her down with such force a loud ‘thump’ can be heard when her body and head hit the cement ground.

He walks around her fallen body without trying to help her up and heads towards the two men pushing each other. 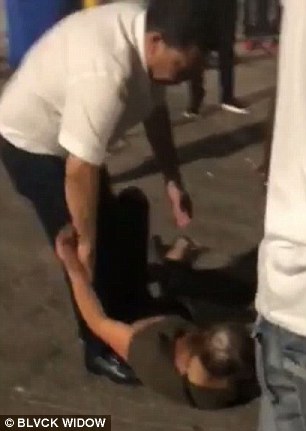 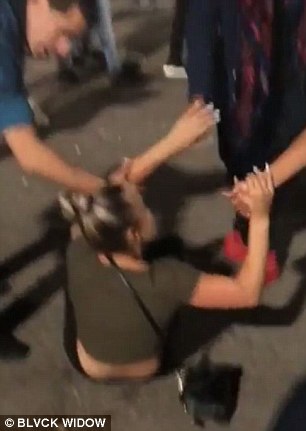 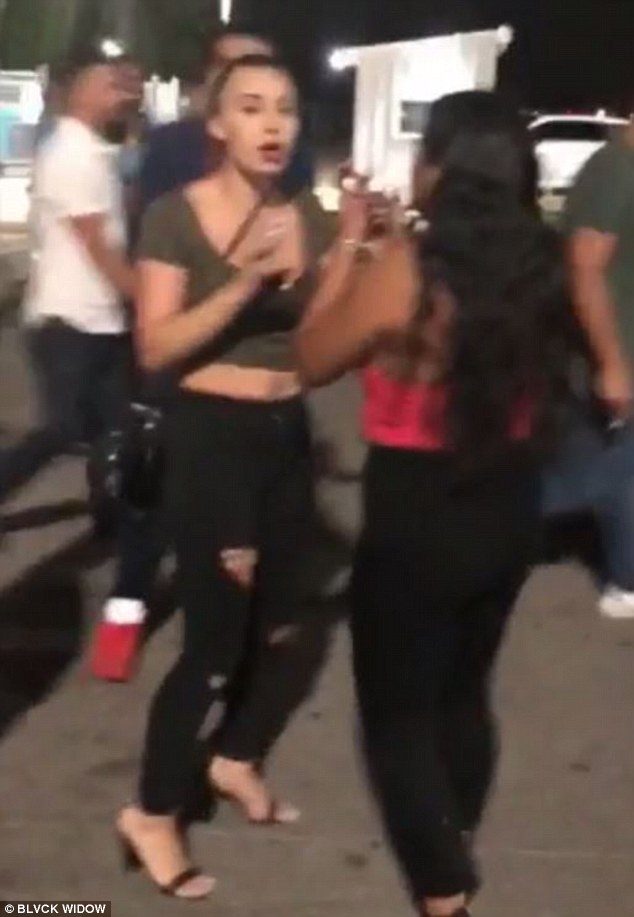 The identities of the woman and the officer are unknown. The video was uploaded on Monday and has racked up more than 53,000 views

The crowd shrieks in shock with the brutal blow as the woman cowers on the ground and cradles her head.

The man behind the camera is heard repeating ‘Oh my God’.

The woman is helped up by two passerby as the officer seems unbothered, following the troublemakers.

It is not clear who the woman or the officer is. The video was uploaded on Monday and has already gone viral racking up more than 53,000 views.