The young girl was slapped, punched, kicked and shocked with a stun gun by a group of five girls at around 7pm on Sunday in Harlem, the New York Post reported that their photographer witnessed. 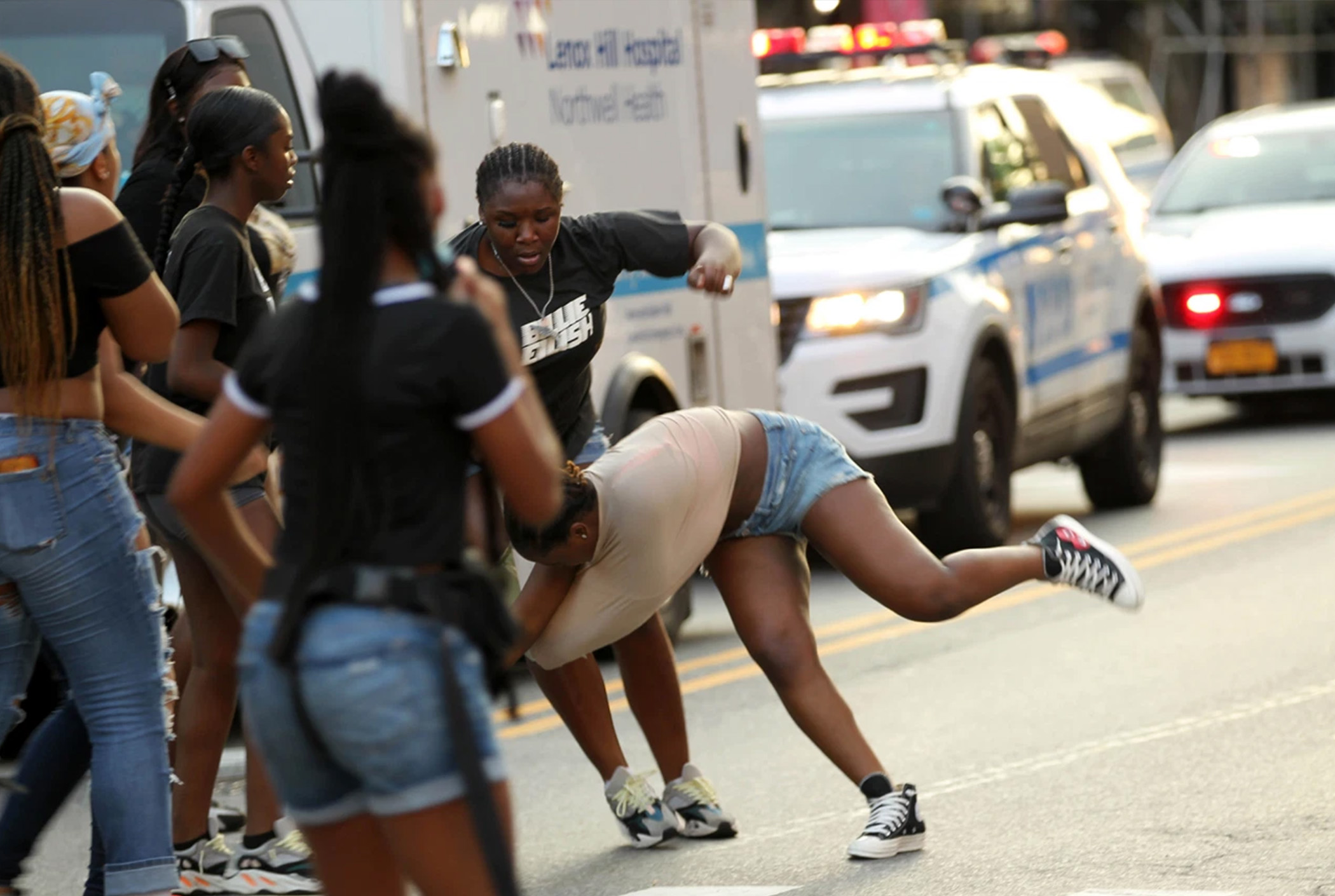 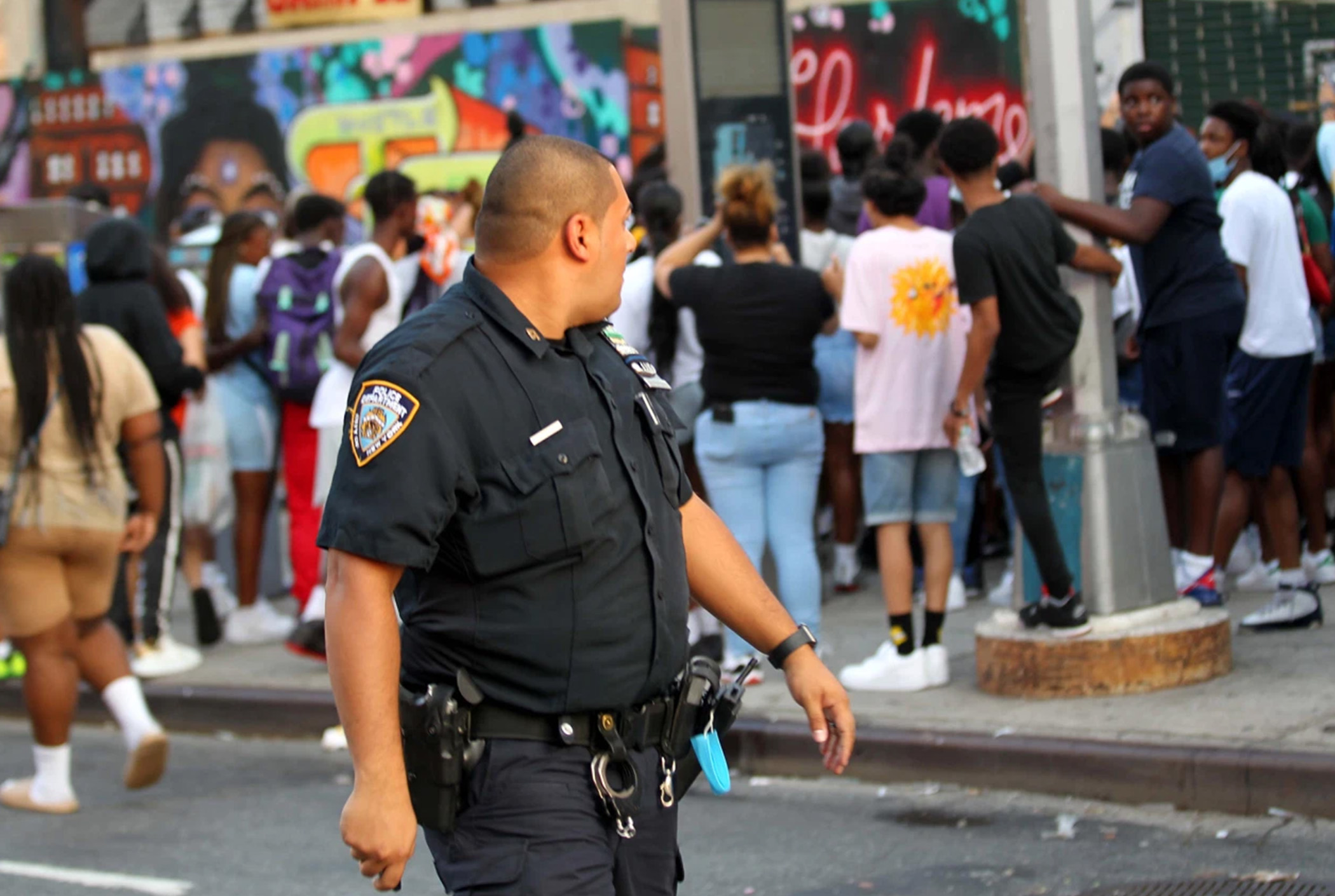 The incident reportedly went on for four minutes while cops sat in their cars nearby.

Police told the outlet that the girl was treated at Mount Sinai hospital and that she told cops that she did not know her attackers, but knew two of their social media handles.

However, the spokesperson told the Post that the photographer's encounter was "completely inaccurate."

"The officers were met by a large crowd while attempting to come to this person’s assistance. They were outnumbered," said representative Al Baker.

"Projectiles were thrown at them. And they were forced to reposition and call every available resource in the area."

The police department also posted footage claiming to show people throw bottles at the cops who were trying to intervene.

However, the Post's photographer said that no bottles were thrown, 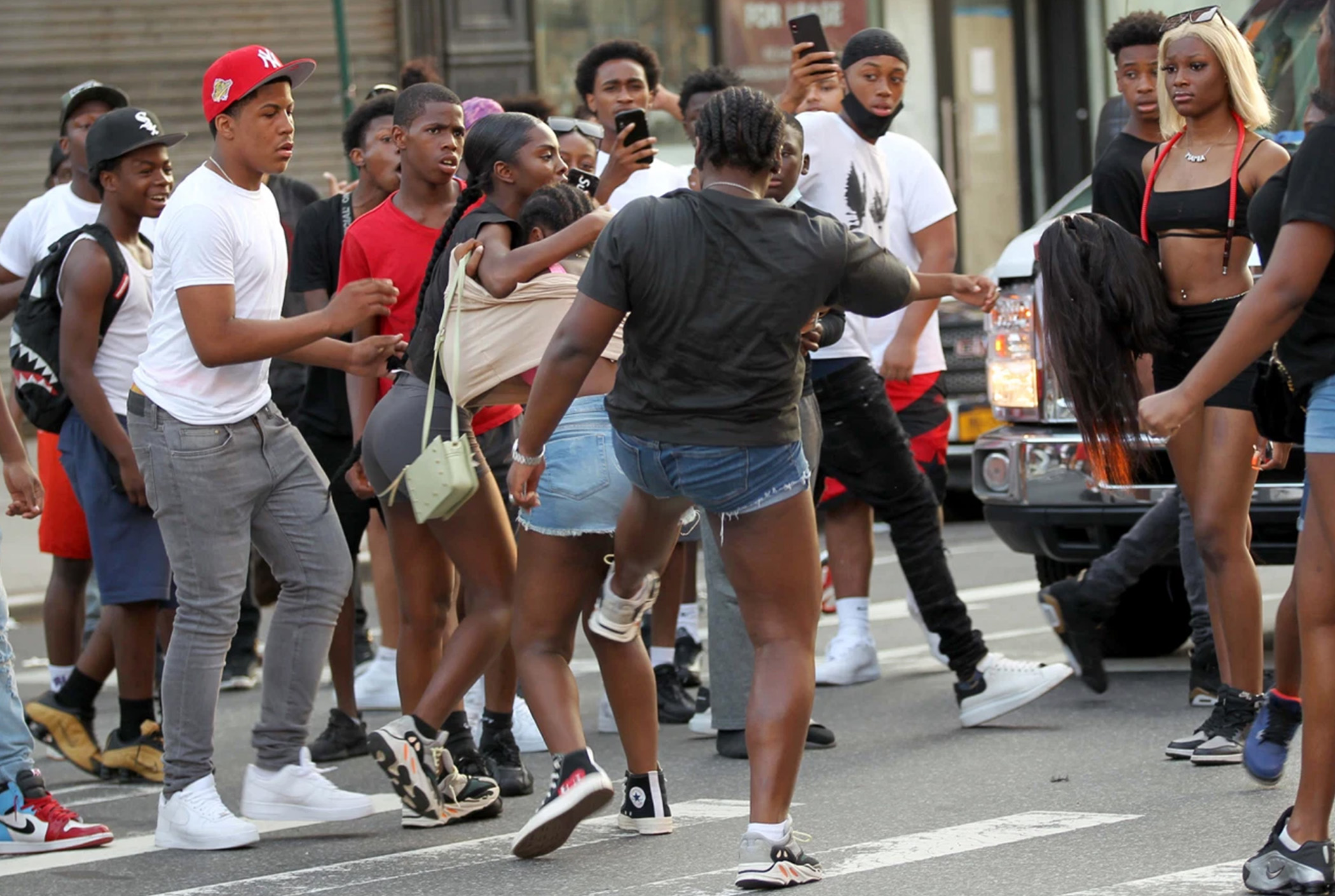 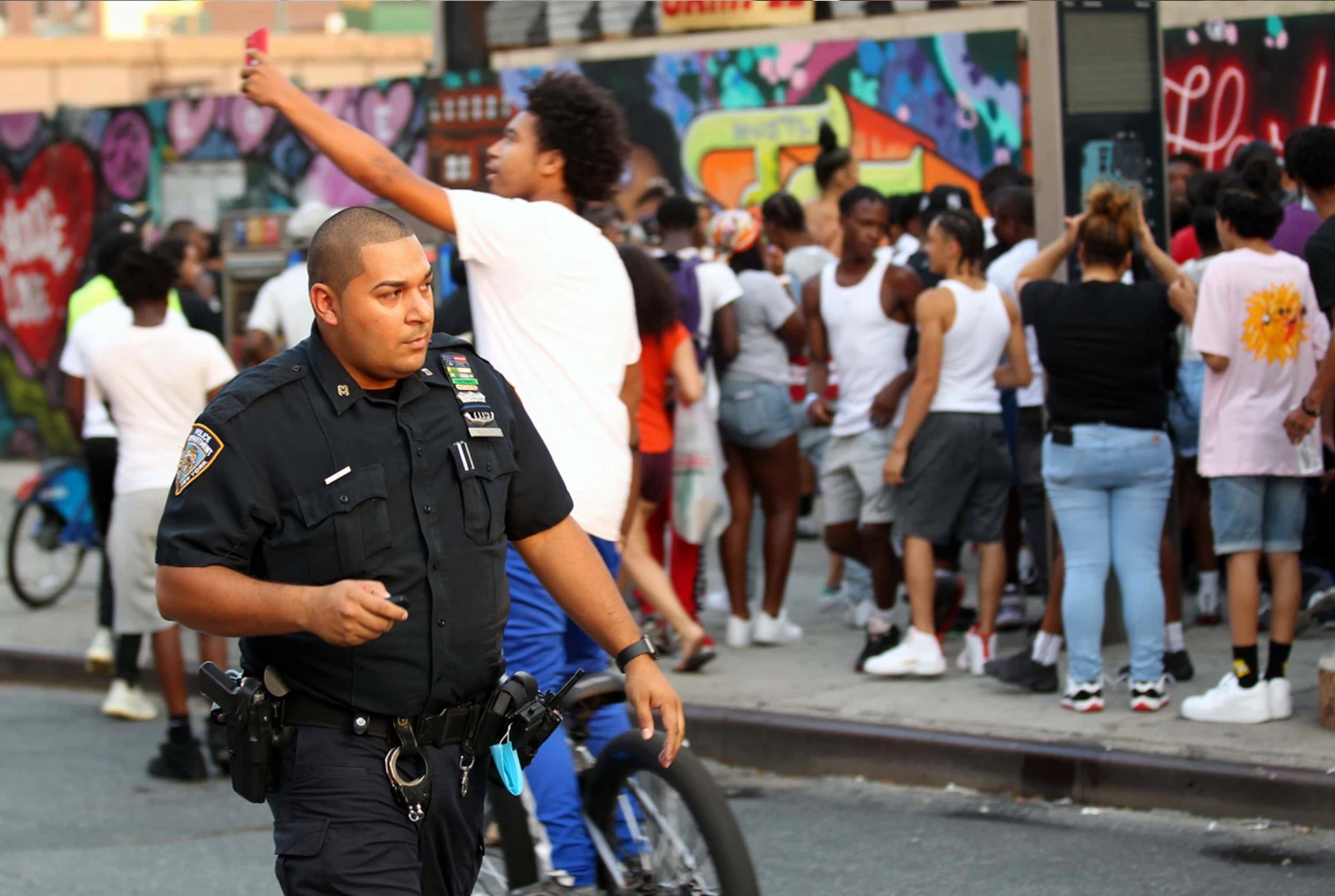