A RANTING shopper screamed “you're f***ing pigs” at shocked staff after being told to wear a protective face mask in a store.

The unnamed woman's tirade was captured in now-viral video by Los Angeles based actor D. Giles at Trader Joe's in North Hollywood. 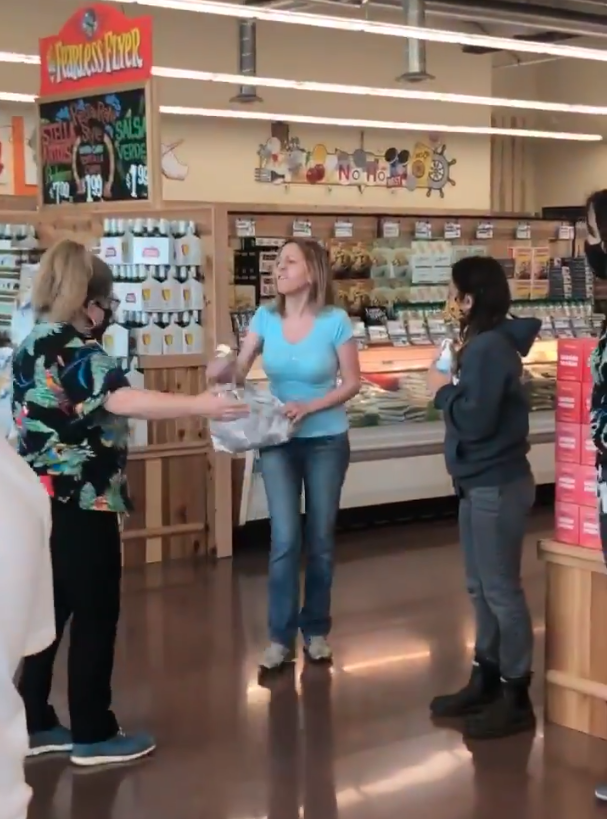 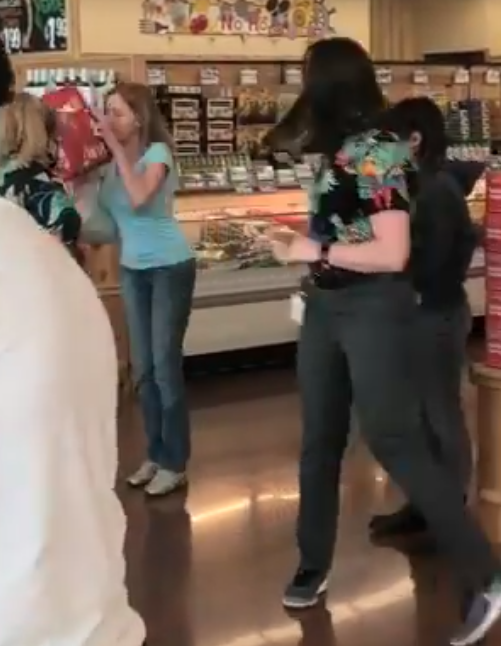 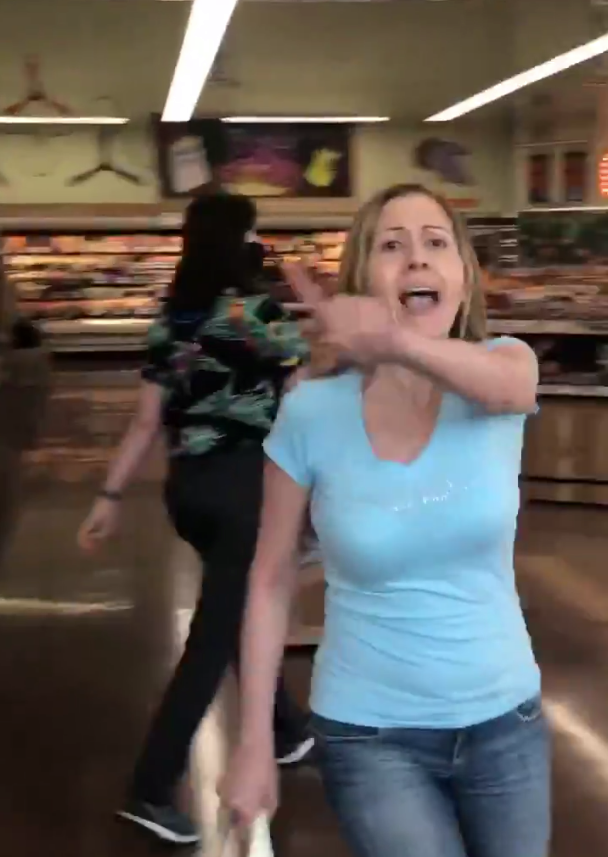 Sharing several clips of the shopper's temper tantrum on June 27, a bemused D. Giles asked on Twitter, "why would you bring that to someone else's grocery store?"

His shocking footage shows the woman, clutching a red basket, being told to put on a mask to protect others from coronavirus.

She immediately starts shouting and gesticulating wildly at stunned staff.

Pointing at them, she walks close to employees – forcing them to back off – before angrily slamming her empty basket down.

She can be heard yelling on the video, which has racked up more than 11million views, "you think this is OK? 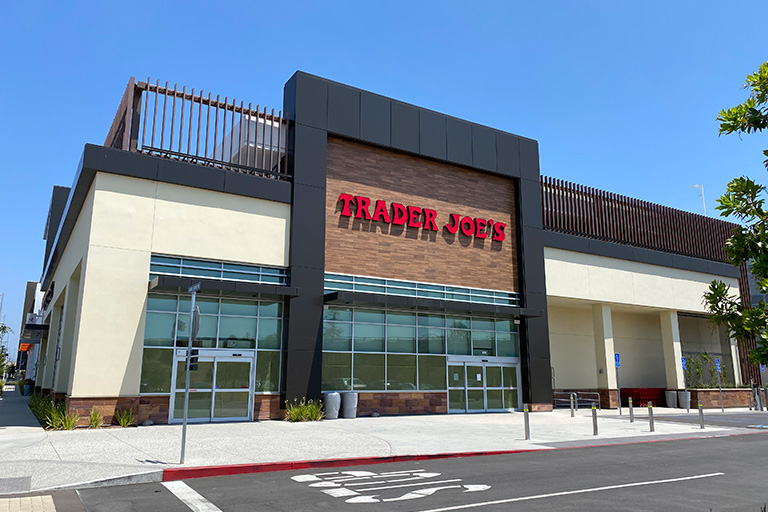 Turning away, she spots D. Giles filming her and explains: "That man harassed me for not wearing a mask.

"I have a breathing problem.

"My doctor would not let me wear masks.

"So anyone harassing me to wear a mask, you guys are violating Federal laws, you get that?

"Get that on camera."

The footage shows her being escorted from the store by two staff members. 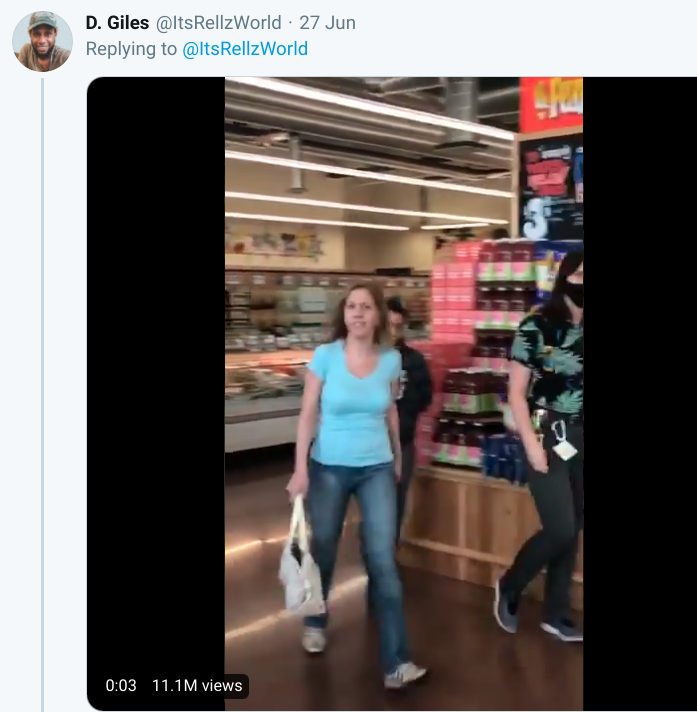 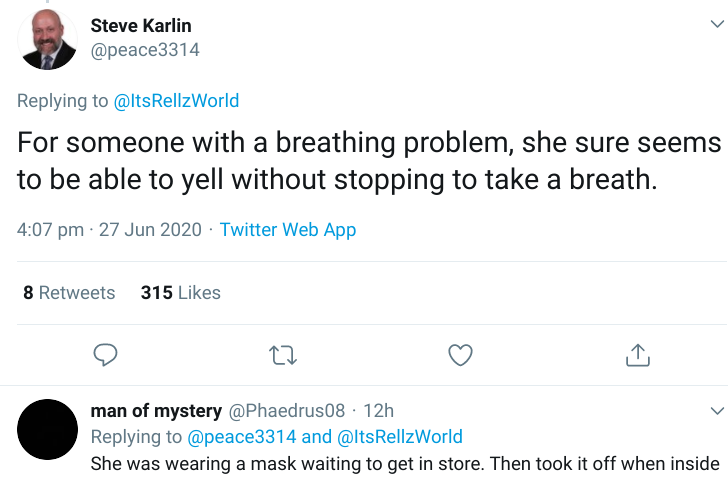 Steve Karlin replied to the actor on Twitter: "For someone with a breathing problem, she sure seems to be able to yell without stopping to take a breath."

Another tweeted: “Her lungs seem pretty good to me, all that hot air was coming out of them.”

Antonio Divine told the actor that his pal, John, “also saw this happening… she did it on purpose to cause a scene."

John explained that he "went to TJs for the first time since February because today was opening day for the new [North Hollywood] location.

"It was a very stress free and pleasant experience.

"Until the woman showed up to make a scene put her plan into action.

"I was at the cash register when the s*** went down.

"She took her mask off after she entered the store, and walked around with a basket, but not putting anything into it.

"Instead she was roaming the aisles, and getting up in people's faces, getting as close as possible, waiting for someone to inevitably tell her to put her mask back on.

"And when a dude finally did – which didn't take long I'm guessing, because she was being super-aggressive – she lost it." 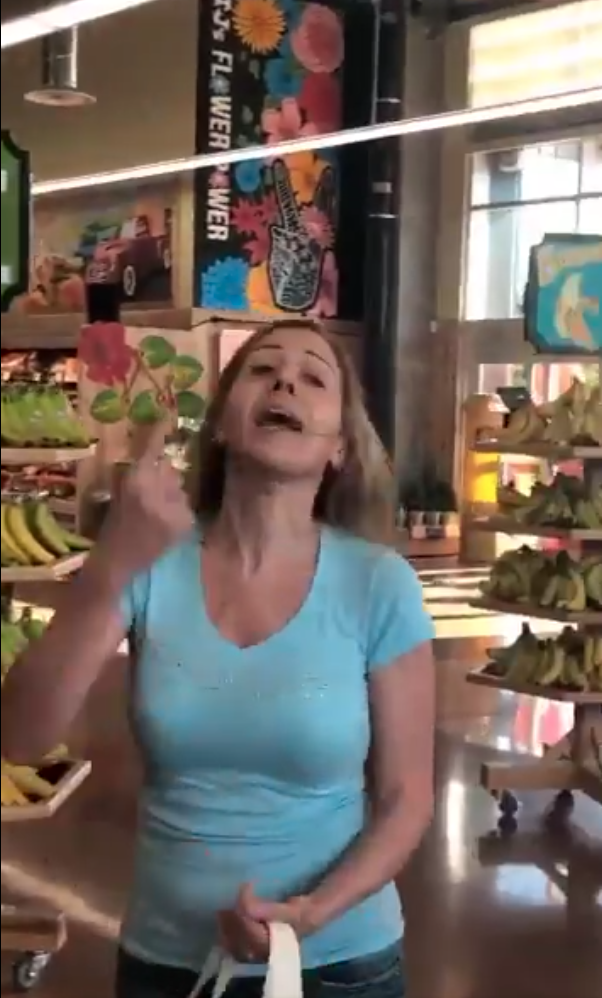 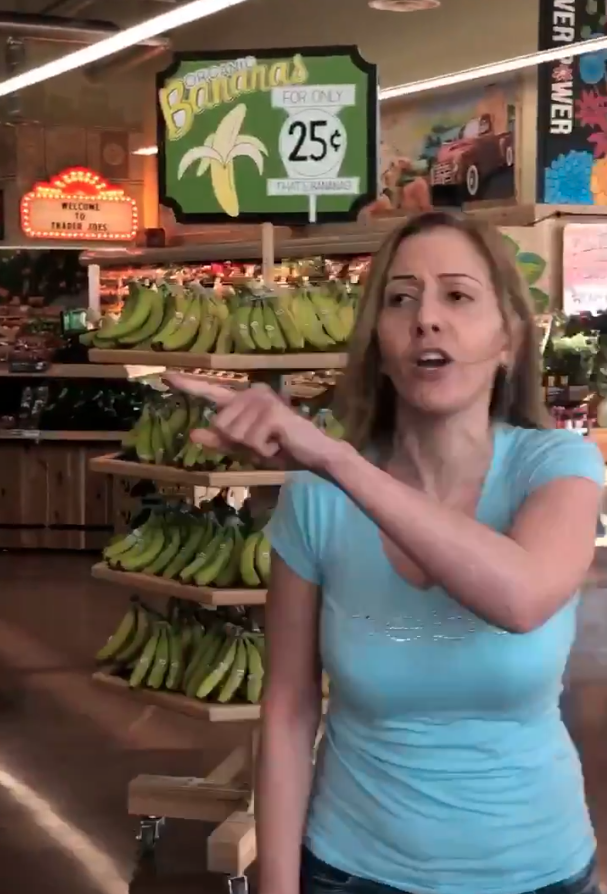 John praised the store's manager for being "professional, patient and calm in attempting to de-escalate" the situation.

He described the woman as breaking into a "screaming rant" while talking about her medical condition despite "wearing a mask outside for 30 minutes in the heat waiting in line to get in".

ABC 7 reported that another shopper, Sigrid Matthews, commented: "I feel a little bad that people are getting shamed and she has a medical condition so she can't wear a mask.

"On the other hand, we know now that the mask is helping to stop the spread, so we should, especially when we're in lines and in places, we need to be more mindful."

Californians have to wear face coverings in public or high-risk settings, including while shopping, taking public transport or seeking medical care to help slow the spread of the coronavirus.

Governor Gavin Newsom on June 18 ordered all Californians to wear face coverings, saying: “Simply put, we are seeing too many people with faces uncovered, putting at risk the real progress we have made in fighting the disease.

“California’s strategy to restart the economy and get people back to work will only be successful if people act safely and follow health recommendations.

"That means wearing a face covering, washing your hands and practising physical distancing.”

However, people with breathing conditions are exempt. 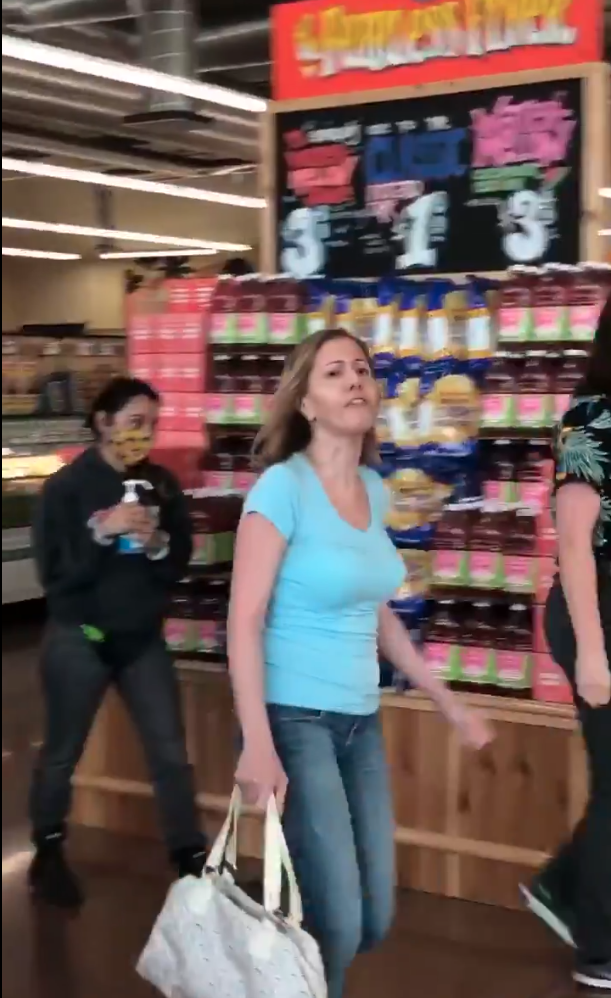 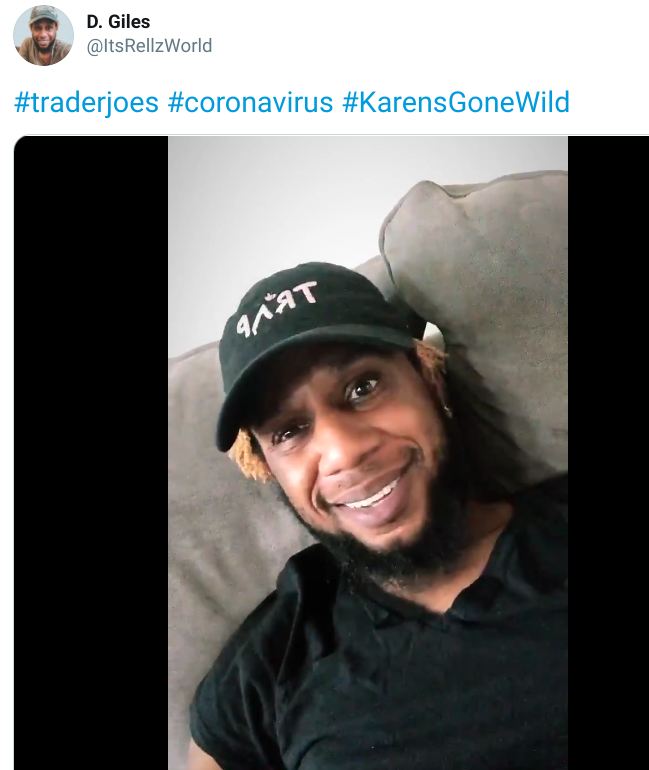