A SICK Met Police officer has been jailed for assaulting a female cop during a "controlling and coercive" relationship.

Jamie Rayner, 27, was accused of using threats against former partner Bonnie Hudson in a bid to keep her in their ten-month relationship. 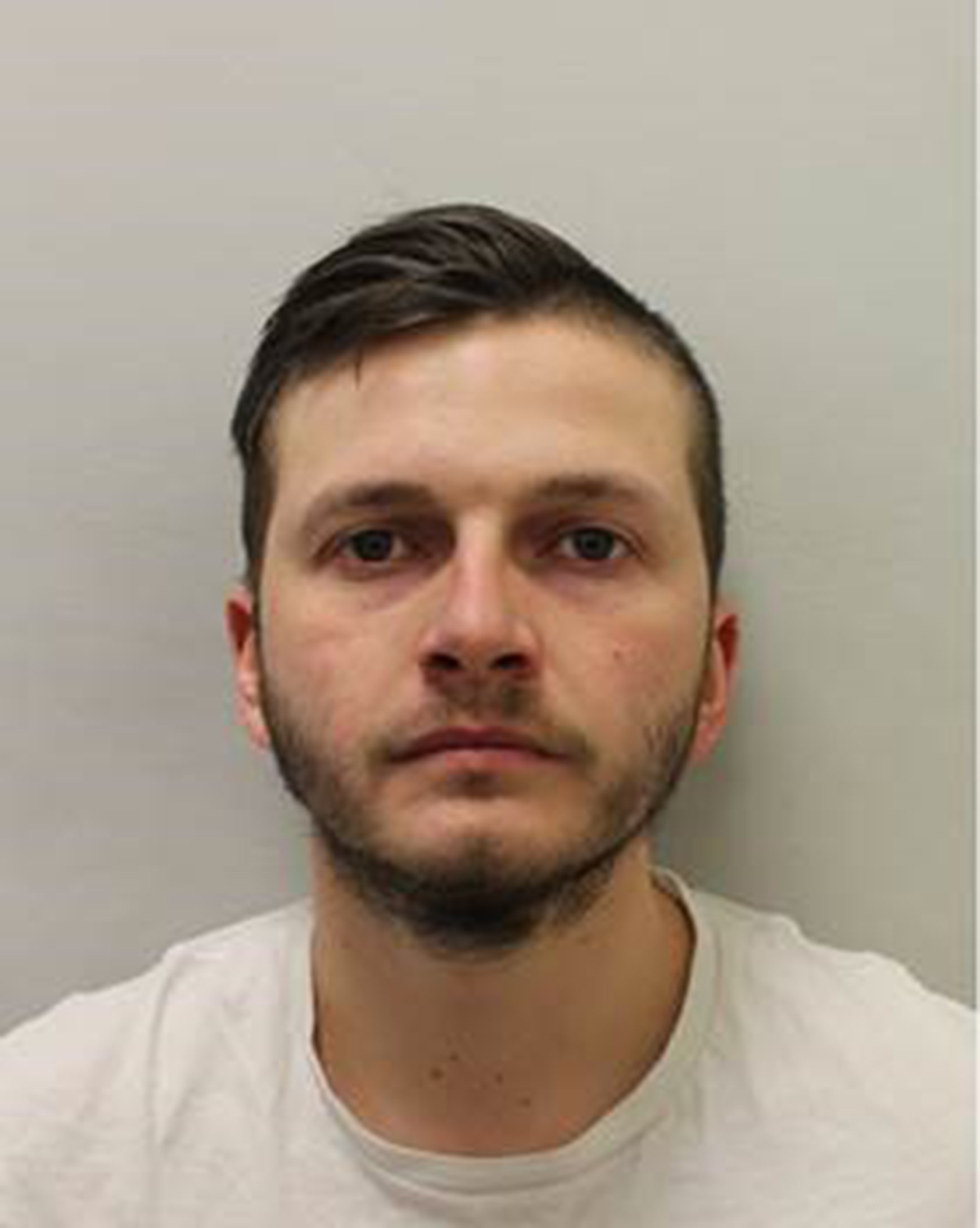 PC Rayner was also accused of assaulting Ms Hudson- causing her actual bodily harm – during a long campaign of abuse from July 20, 2020, to March 24 this year.

The 27-year-old appeared at Croydon Crown Court on September 8 where he pleaded guilty to charges of causing bodily harm and engaging in controlling/coercive behaviour.

Rayner, a member of the  South Area Command Unit, was released on bail but was sentenced on November 4 at Croydon Crown Court.

He was handed down a sentence of two years and three months.

Rayner has since been suspended from duty with misconduct proceedings set to follow.

According to the Standard, Ms Hudson is also a serving police officer.

Chief Superintendent Dave Stringer, in charge of policing for Bromley, Croydon and Sutton, said: “PC Rayner’s actions are totally unacceptable and fall far short of the standards we expect in our organisation.

"Moreover, this shocking behaviour undermines the public’s confidence and trust.

“No one should be in any doubt that my officers and I are completely committed to investigating cases of controlling and coercive behaviour and, as in this case, will provide specialist support to those who come forward and report this type of crime.

“I have no doubt that it might be difficult or frightening to come forward but I want anyone who has experienced this to know that we will take your report seriously, and do everything in our power to help.

“All of us in the Met know we need to continue to build public confidence in this area, and we will deal with issues which involve police officers in a robust and transparent way through criminal and misconduct routes.”

It comes as the Met Police faces pressure over a series of cases where police officers have attacked or abused women.

Most notably in September former cop, Wayne Couzens was sentenced to life in prison for the murder and rape of Sarah Everard.

This week, two cops pleaded guilty to misconduct in a public office after photographing and sharing images of murdered sisters Nicole Smallman and Bibaa Henry.

The cops had been told to protect the crime scene after Ms Henry, 46, and Ms Smallman, 27, were found dead in bushes at Fryent Country Park in Wembley, north-west London.

Instead, the pair breached a cordon to get closer to the women's bodies.

After taking a number of pictures, Lewis superimposed his face onto one of the images and, according to the Independent Office for Police Conduct (IOPC), used “degrading and sexist language” to describe the women.

The Times reports Ms Henry and Ms Smallman were referred to in message exchanges as “two dead birds”.

From 2016 and 2020 there were 530 allegations of sexual offences made against Met Police officers and other members of staff.

Women's Aid has this advice for victims and their families: