This is the sickening moment a female yob hits a man with the high heel of her boot, sparking a mass brawl in McDonald’s.

Jordon Joseph was enjoying a meal with two friends at the fast-food chain just after midnight when Kay Marie Brown launched the unprovoked assault.

Brown’s boyfriend Luke Anthony Bednarek joined the melee throwing a number of punches, at the restaurant in Wrexham, North Wales.

Appalled customers and staff members looked on at the melee, as the three men desperately tried to defend themselves. 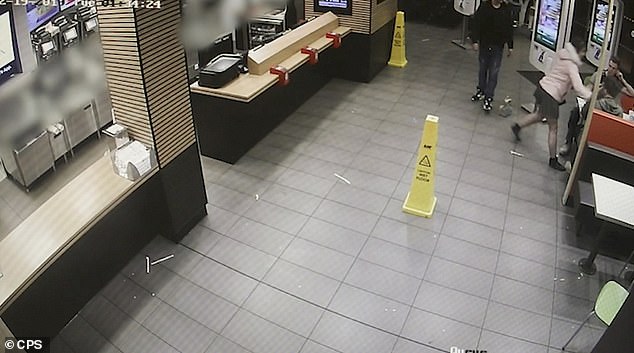 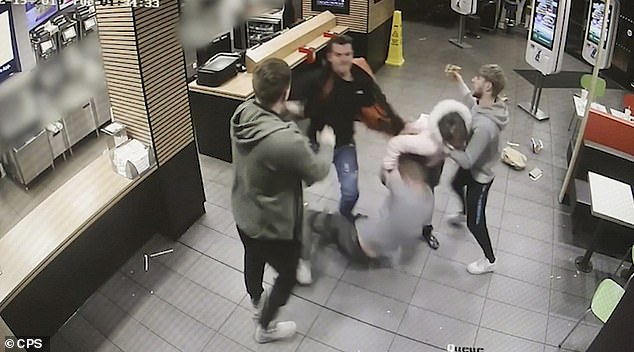 After Brown’s assault, her boyfriend Bednarek begins to throw punches in the brawl 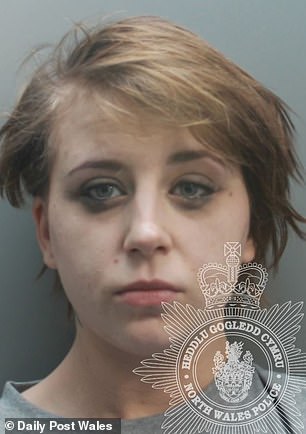 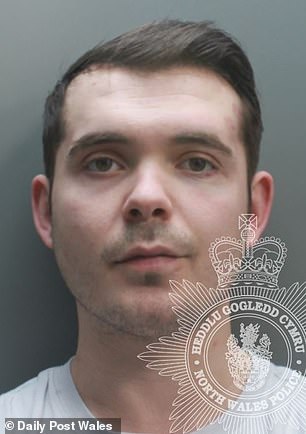 At one point Brown grabbed the victim by the hair around where his head was cut and bleeding, and jumped on the back of another man as Bednarek continued to brawl with them.

The attack was launched by Brown – who is two months pregnant –  because she thought men were ‘sniggering’ at her, although they had done nothing wrong.

Judge Rhys Rowlands, who jailed the pair, branded it ‘disgraceful drunken behaviour’ as he summed up the events on February 19.

The two had been committed to the crown court for sentencing by magistrates. 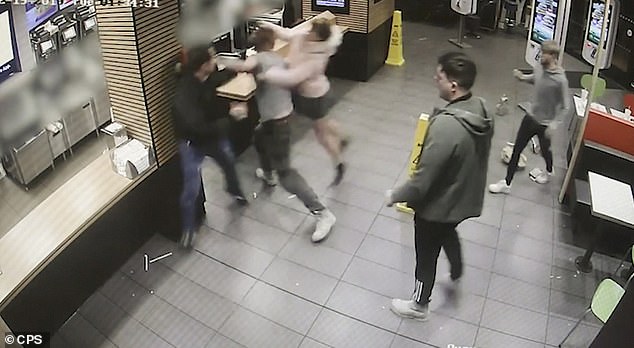 Bednarek, 27, from Wrexham, admitted affray. He was jailed for eight months and a further two for committing the offence while on a community order, by the judge, making a total of 10 months.

Brown had three convictions for battery nine years ago.

Bednarek had 27 convictions for 48 offences including assault, battery, ABH, criminal damage and drunk and disorderly.

It happened just 24 hours after Bednarek was given a community order by magistrates for battery.

He had pushed Brown and they were seen to spit at each other in the street.

Sentencing the two, Judge Rowlands said: ‘It was totally unprovoked violence instigated by Brown and which Bednarek engaged in ethusiastically.’

He added: ‘It was quite disgraceful behaviour.’