Six couples have launched a landmark legal fight in the High Court in a bid to make humanist weddings legally recognised in England and Wales.

The landmark challenge is part of a campaign calling for humanist ceremonies to have the same weight as religious matrimonies.

Under current law, couples who wish to have a humanist ceremony in England and Wales must either attend a second civil ceremony at a registry office, or accept that their marriage is not acknowledged by law.

Despite the restrictions, legal recognition of humanist ceremonies has been accepted by both Scotland and Northern Ireland. 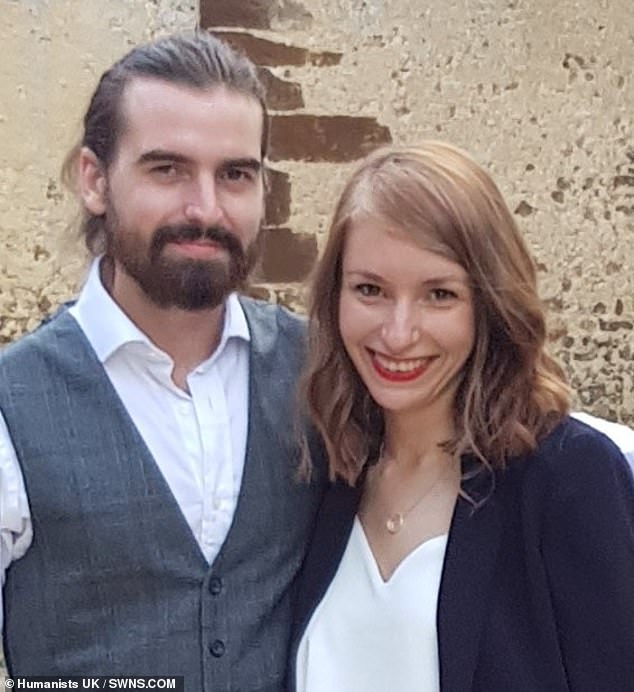 Victoria Hosegood and Charli Janeway, from Tonbridge, Kent, will face High Court judges via a to argue that people with humanist beliefs deserve the same rights for marital recognition

Victoria Hosegood and Charli Janeway, from Tonbridge, Kent, are one of the couples taking part in the legal action.

They will face High Court judges via a video conference call on July 7 and 8, to argue the case that people with humanist beliefs deserve the same rights for marital recognition as those of other beliefs.

Ms Hosegood said: ‘This is a breach of human rights. Humanism is afforded the same level of protection as religious world views, and the fact that you can’t have a legally recognised marriage is a breach of those rights.’

The couple planned to get married in a humanist ceremony in September this year, but have delayed it until September next year because of the coronavirus pandemic.

If they are successful in winning the High Court case they will be able to legally marry at a humanist ceremony in the near future, they said.

Ms Hosegood, who works in heritage conservation for her local council, said: ‘We wanted a humanist ceremony and researched into it, realising actually we couldn’t have that without going through the process of a civil ceremony at the same time. It’s unfair, and we want it changed. 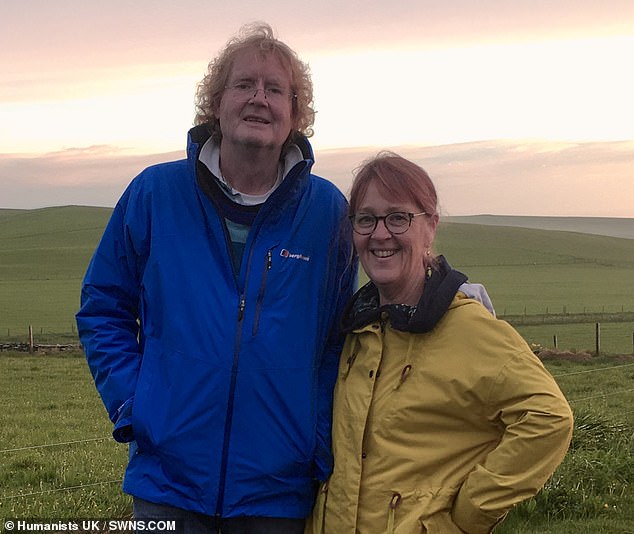 ‘Our marriage is a very significant life event for us and the humanist ceremony we intend to have is the most important part of our day.

‘It reflects our outlook on the world, how we want to live our lives, and how we treat not only each other but the rest of society.

A humanist wedding is a non-religious ceremony conducted by a humanist celebrant who shares the beliefs and values of the couple.

It differs from a civil wedding in that it is entirely personalised and reflects the couple’s beliefs.

In England and Wales, over 1,000 couples a year already have a humanist wedding without legal recognition, Humanist UK said.

Parliament gave the government the power to legally recognise humanist weddings in 2013, but so far it has not been enacted.

Since then more than 6,000 couples have had humanist ceremonies which have not been recognised by law.

‘Marriage laws need to reflect the make-up of modern-day society, including the growing numbers of humanists, which is why we think this case is so important.’

Mr Janeway works in commercial development for a charity, added: ‘I think a lot of people would actually identify with being humanist without realising it.

‘There are an increasing number of non-religious people, and maybe they want to fit into some sort of camp and don’t really know where to go.

‘When you start reading a breakdown of what humanists believe in, it’s just about being a decent human being – that’s it.’

Their case is being supported by Humanists UK, which has campaigned for legal recognition of humanist marriage for many decades.

Retired Kate Harrison and Christopher Sanderson from Lincolnshire, who have been together for 14 years, are also taking part in the legal challenge.

They want to get married in a humanist ceremony which embraces their beliefs and said they will not get married until humanist marriages are legally recognised.

Jennifer McCalmont and Finbar Graham from Carrickfergus, Northern Ireland, also want to marry in a humanist ceremony and planned to hold the wedding on the beach in Devon where they first went on holiday together.

In their home of Northern Ireland, humanist marriages are already legally recognised, so they could simply have the ceremony there, but they want their wedding to be in Devon because of its meaningful location. 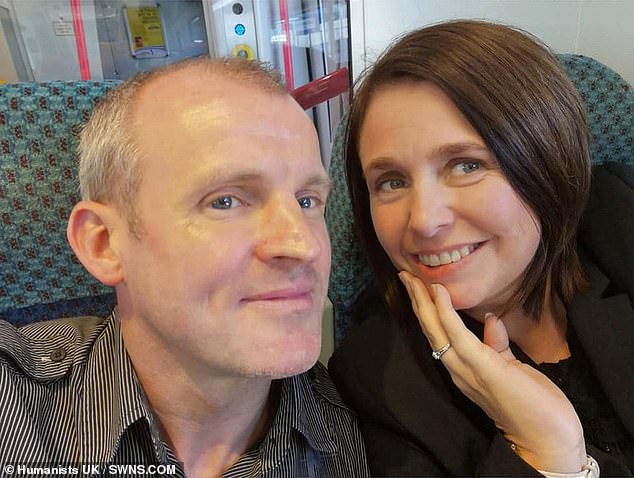 Mixed-sex couples were able to enter civil partnerships for the first time in 2019, due to similar campaign to change the law.

The Equal Civil Partnerships campaign began after Charles Keidan and Rebecca Steinfeld were denied a civil partnership in 2014 because they were not the same sex.

After years of campaigning, they took the matter to the Supreme Court, who ruled it was discriminatory for same sex couples to not have access to civil partnerships and the UK law was incompatible with human rights laws.

HUMANIST WEDDINGS: THE LEGALITIES IN THE UK

Humanist marriages have been legally recognised in Scotland since 2005 and are performed by celebrants trained by Humanist Society Scotland.

Recent figures show that humanist marriages are now the number one choice in Scotland for couples wanting to have something more personal than a register office wedding. They account for over 20 per cent of all marriages there.

In 2018, humanist marriages gained legal recognition in Northern Ireland. Celebrants who are members of the Humanist Ceremonies network can conduct legal ceremonies and complete legal documentation as part of a humanist ceremony.

Since they have been legally recognised, numbers of humanist marriages in Northern Ireland have skyrocketed, as more and more people appreciate the opportunity to make their special day all about them, their values, and their love.

In England, Wales, and the Isle of Man, humanist marriages are not yet legally recognised. They are not ‘illegal’ in any way – but the law means that in these places, couples need to have the ceremony separately from the legal ‘signing of the register’, which is usually done at a local register office a few days before or after a humanist ceremony, or at a separate event on the same day.

Humanists UK say more than 1,000 couples a year already have a humanist ceremony, and then the separate civil marriage.