This is the horrible moment an unfortunate skater broke his arm after trying to perform a simple trick on his board.

Patrick Grafton was gliding around the concrete skatepark, when he took a nasty fall after jumping over some loose stones.

The footage was recorded in a park on Cardiff Bay, south Wales.

In the video, the 19-year-old student lands the jump cleanly and tries to step off his board while still moving but lost his footing.

In trying to break his fall, his arm took the brunt of the impact, which caused his ulna and radius to snap in his right arm.

Patrick said: ‘I went to step off the board when I messed up and it spun around and caught my foot which took me by surprise, so I shot out my arms. 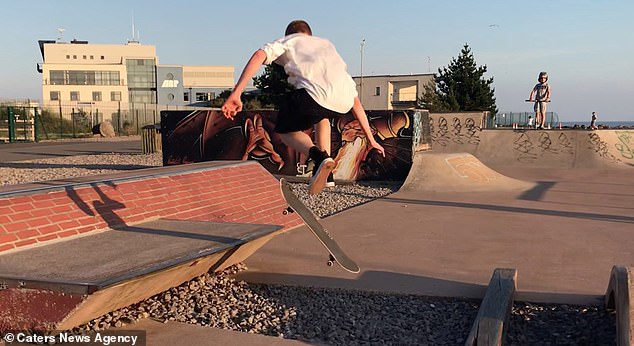 Skateboarder Patrick Grafton makes the jump over the pit of loose stones, seconds before an awkward landing 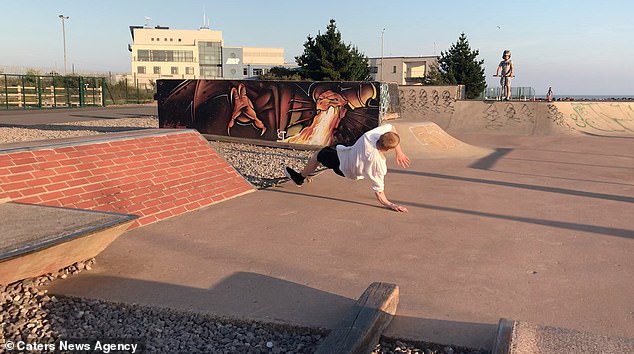 As his board flies out from underneath him, Patrick attempts to break his fall with his arm 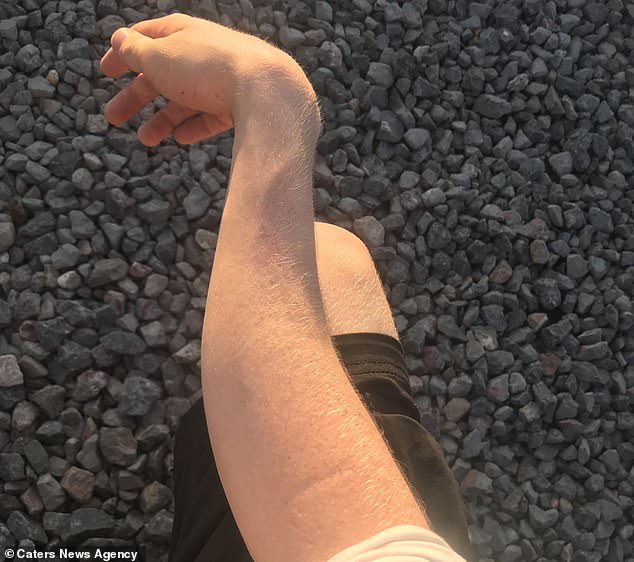 The impact of the fall however causes his ulna and radius to snap in his right arm. Patrick shouts out in pain after realising

‘If I had been ready, I would’ve just taken the fall on my side

‘I felt my arm pop and I could feel the bone out of my arm but the adrenaline helped cover it.

‘I really ached after the surgery in the hospital, it was a terrible ache that didn’t stop.’ 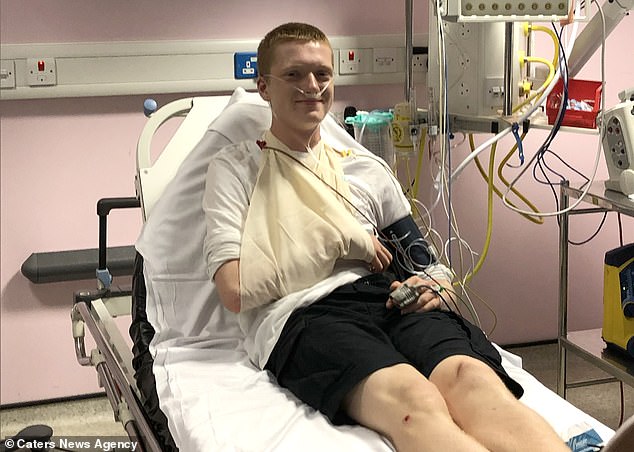 ‘I really ached after the surgery in the hospital, it was a terrible ache that didn’t stop,’ said Patrick