‘HUMAN bones’ are found in town centre skip: Police cordon off area after remains are spotted by shocked members of public

Police have cordoned off a skip after human bones were found dumped alongside rubble from a building site.

Members of the public spotted the remains poking out of a skip in Bristol, close to St Nicholas Market, at around 9am this morning.

Builders are said to have not noticed the bones as the earth was packed tightly when it was thrown into the skip. 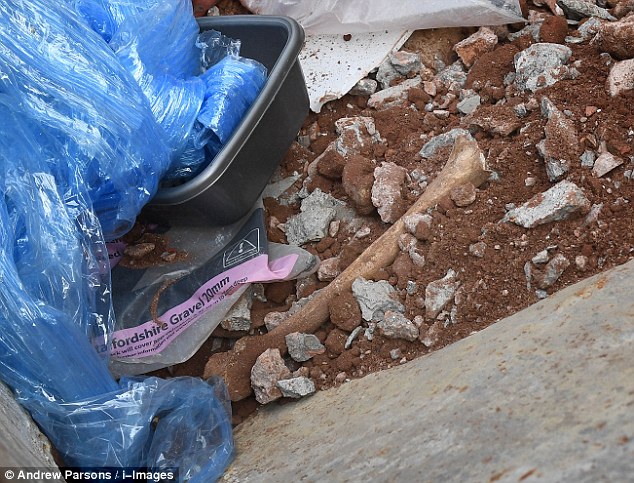 A bone, which looks like a femur from the leg, remains in tact in the skip

St Nicholas Market is in Bristol’s old city is famous for its Georgian architecture. It is thought there may have been a cemetery built under the site.

Officers initially dismissed the discovery after banging the suspected bones on the side of the skip and declaring, ‘That’s wood’, before leaving the scene.

But former archaeology student Sam Ellis, 25, who now works as a barista near the site, inspected the remains and called the police back to the skip near St Nick’s Market in Bristol city centre.

Ellis said builders had been putting rubble into the skip for the past two days whilst working on renovating a nearby property.

He said: ‘A police car stopped down the road with sirens on.

‘The policeman got a bone out of the skip, bashed it on the side and then walked off laughing, saying, “It’s just wood”, and drove off.’

Ellis added: ‘The guy who dumped it said he was working on renovations nearby.. When he was digging it out it was clumped together. He thought it was pipes sticking out. 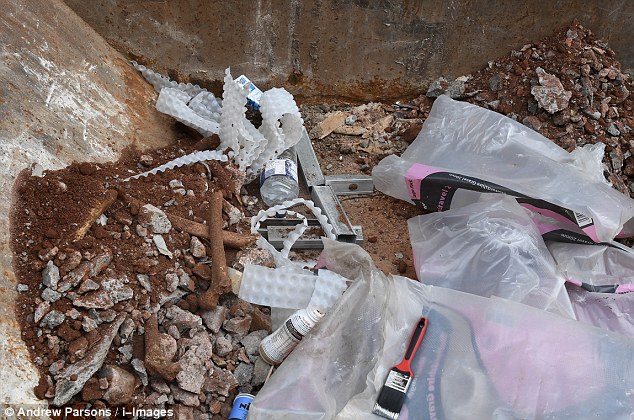 The human remains were dumped into a skip in Bristol, close to St Nicholas Market today

‘When he threw it in all the soil fell off and we saw it was bones. He said, “I didn’t know they was bones! I’ve been touching that”.’

Authorities returned to the site to further investigate the discovery, which was later covered and surrounded by police tape with officers standing by.

More suspected bone fragments were found in the morning in a wheelbarrow filled with bags of rubble, around 100 yards away from the cordoned-off skip.

Avon and Somerset Police said in a statement: ‘We were called to reports of a suspicious item – possibly a bone or bones – this morning at about 8.50am in a builder’s skip in Broad Street.

‘The skip is being used by builders who are renovating a property in (the) nearby All Saints Lane area, (where it is) believed there was a cemetery.

‘The items will be forensically examined.’ 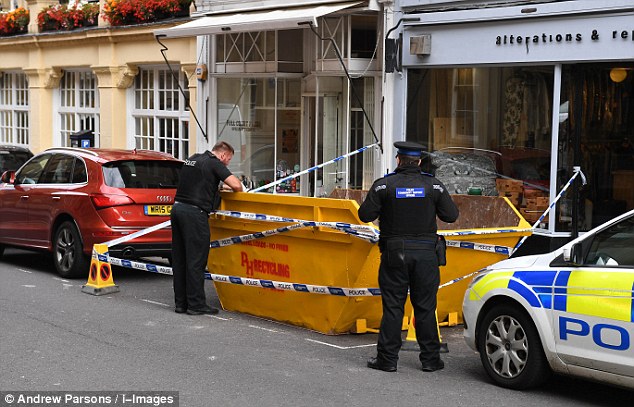