A "SMIRKING" thug who sexually assaulted a lawyer, stole a Mercedes and mugged teens at knifepoint in a one-boy crime spree has today been caged.

Baby-faced Hamza Zaman was just 17 when he embarked on the year-long reign of terror. 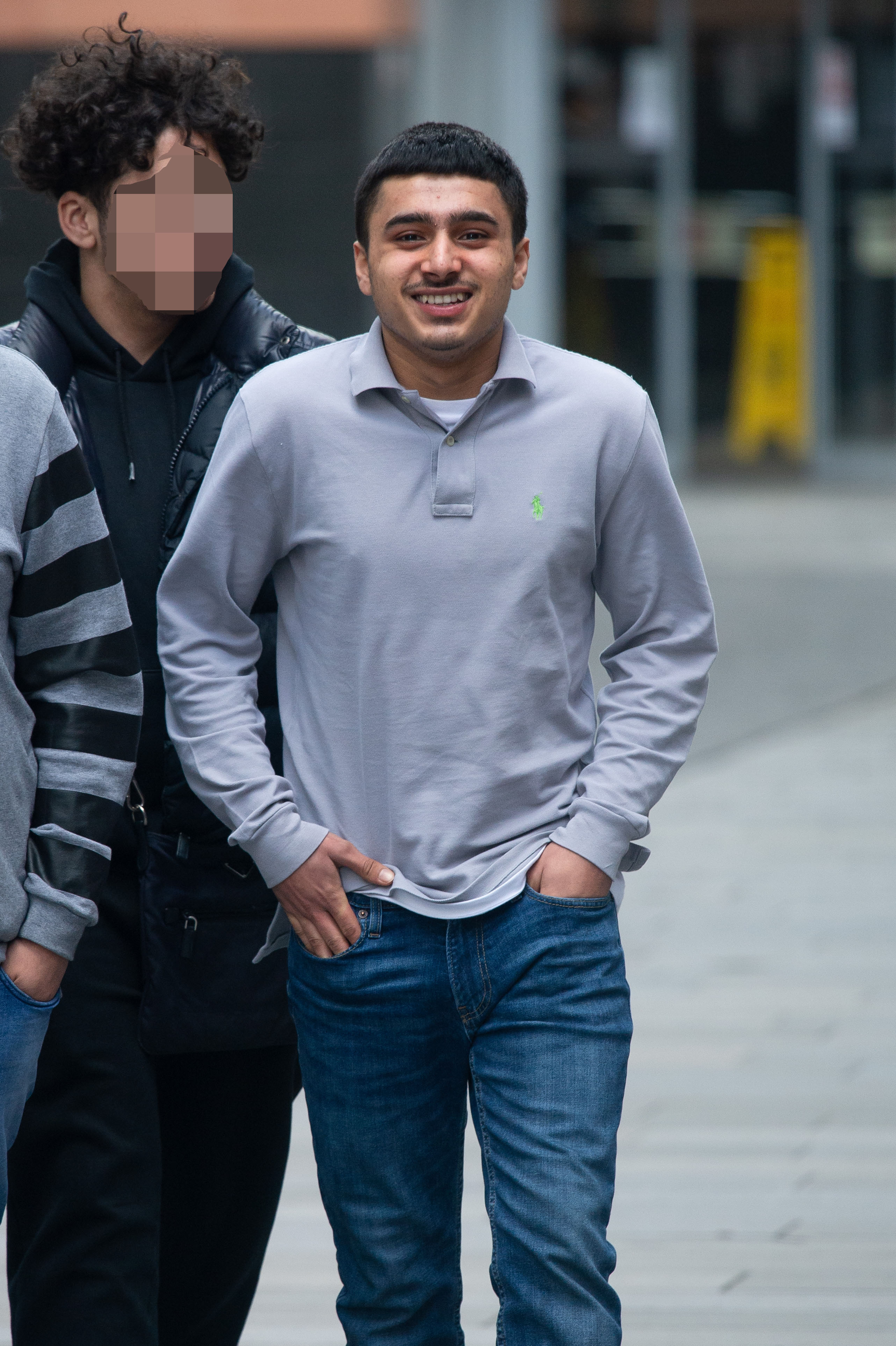 The tearaway, now aged 20, targeted lone females near his home in Trafford, Greater Manchester, while on his bike.

He sexually assaulted a solicitor as she waited for a tram home in May 2018 and her slapped her bottom and brushed her arm during the ordeal.

Zaman also hijacked a Mercedes E240 at knifepoint while taking it for a test drive and throttled a driver with his own scar for his VW Polo in another terrifying car jacking.

The yob has now been caged for seven-and-a-half years after admitting sexual assault, robbery, attempted robbery and witness intimidation between June 2017 and May 2018.

He was also ordered to sign the sex offender register for seven years after being sentenced at Minshull Street Crown Court.

Zaman, who was pictured outside court smiling and joking with pals, blamed his rampage on his grandfather dying.

Sentencing, Judge Bernadette Baxter told him: ''You showed no regard for your victims or for the rule of law.

The court heard how Zaman's reign of terror started in June 2017 when he mugged a 15-year-old boy for his bike.

He punched the terrified teen in the face and said he would "f**k him up" before threatening the boy's dad, who had just undergone a heart transplant, with a gun gesture.

A month later, Zaman and his cronies ordered three young pals to hand over their phones in another violent attack.

In February 2018, Zaman continued his crime spree by robbing a student for his rucksack as he walked home.

The thug then upgraded to flashier ill-gotten gains when he swiped the Mercedes, which was being sold on Gumtree.

He showed up with an accomplice and held a knife to the seller's face – threatening to "cut" him as they went on a test drive.

Zaman and his pal then drove off in the luxury motor after agreeing to let the victim out.

Two weeks later, the teen copied the same scam with a VW Polo being advertised on Auto Trader.

This time, he choked the seller with his scarf and battered him with a spanner.

In May 2018, Zaman sexually assaulted the lawyer as she waited for the tram home at around 8pm.

Neil Usher prosecuting said: ''She walked to the Old Trafford tram station when she felt Zaman slap her bottom. She froze and saw him on his bike and the saw him brush his hand on her upper arm.

''She was panicking as no one else was around and she described how he was cycling alongside her her at a very slow pace looking at her.

"She became angry and told him in no uncertain terms where to go but he just smirked and cycled off.''

Zaman's rampage finally ended when officers recognised him on CCTV and he was arrested.

His lawyer Brendan O'Leary said Zaman was a "well-adjusted young man" but his grandfather's death triggered a "change in his behaviour".

The court was told Zaman denied two other sexual assaults charges, which were ordered to lie on the file.

Adnan Chobaki, also 20, was locked up for three years after admitting robbery and attempted robbery. 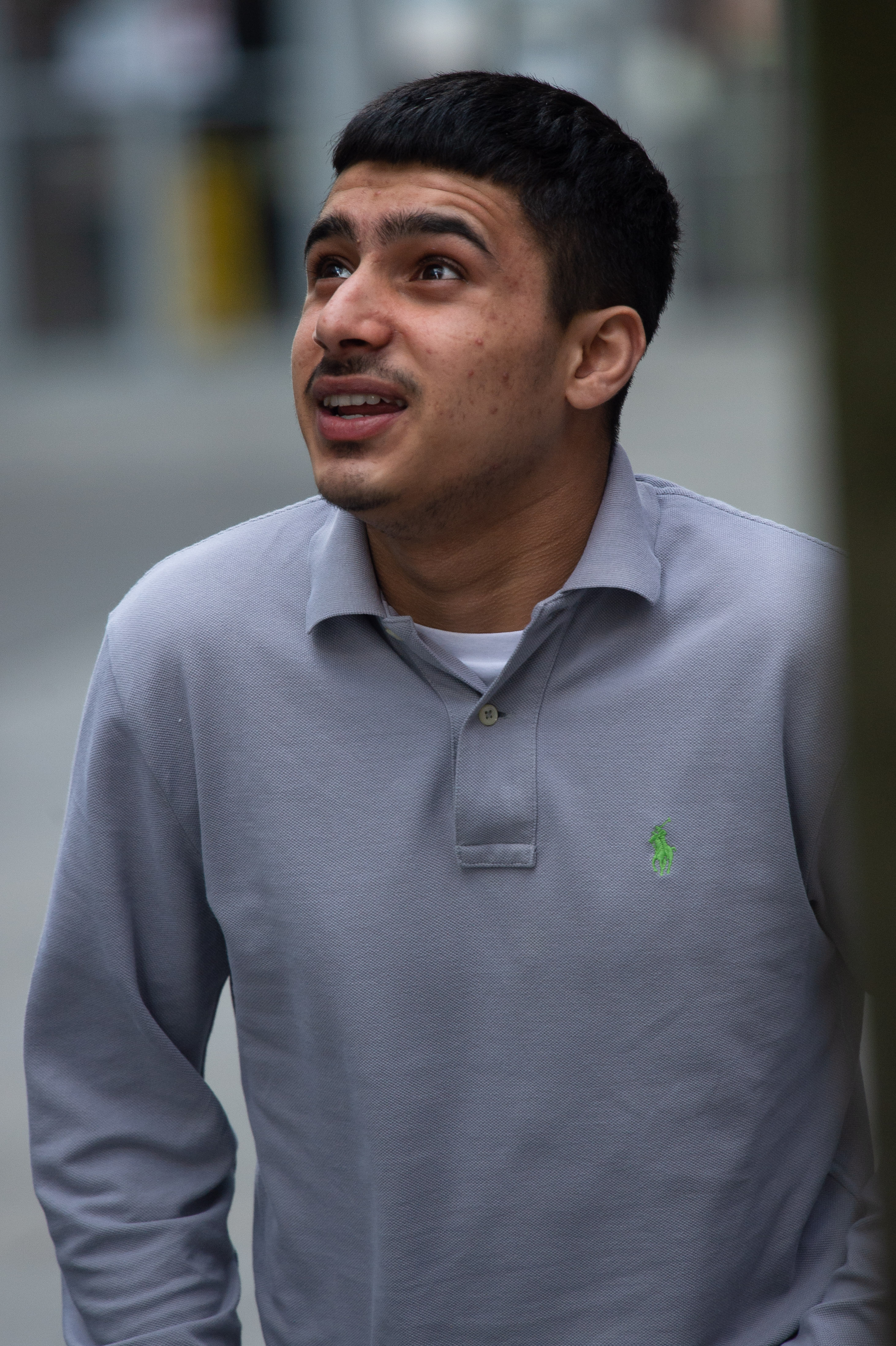 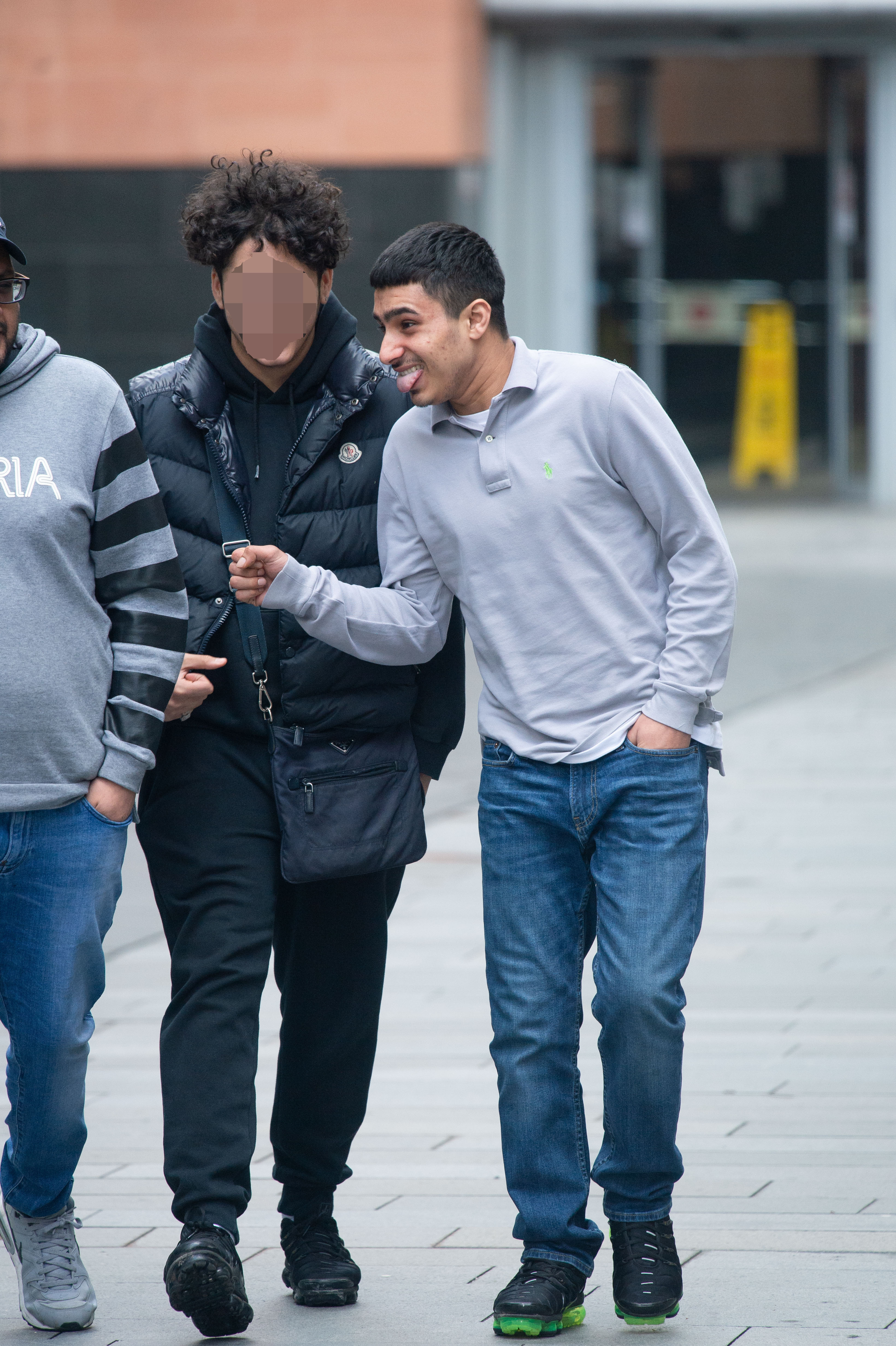