A stalker banned from going near BBC DJ Giles Peterson told police she was ‘just on the wrong road’ when she was spotted staring at his house.

Sarah Jayne Rook, 43, was given a restraining order against Mr Peterson in June but less than a month later she was spotted ‘loitering’ outside his Stoke Newington home.

She allegedly called his wife Atsuko a ‘Hiroshima b****’ when she refused to open the door at the couple’s north London home on February 18.

Rook screamed ‘You will die’ at Mr Peterson, 55, as he left BBC Broadcasting House in Portland Place, central London on March 21. 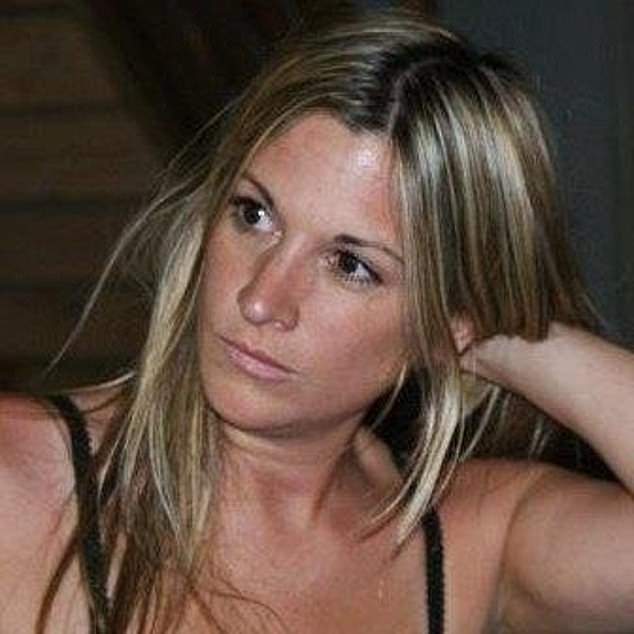 Sarah Jayne Rook (pictured), 43, was given a restraining order against Mr Peterson in June but less than a month later she was spotted ‘loitering’ outside his Stoke Newington home

She attended the home Mr Peterson shared with his wife in Stoke Newington, posing as a charity worker and attacked his car with a meter-long brown pole.

Rook pinned a torn up photograph of the DJ’s face to his car windscreen before leaving a Joker playing card followed by an Ace of Clubs.

The traumatised DJ watched as Rook clambered onto scaffolding and began climbing up the outside of his house, the court heard.

She remained there until police arrived and told her to leave. 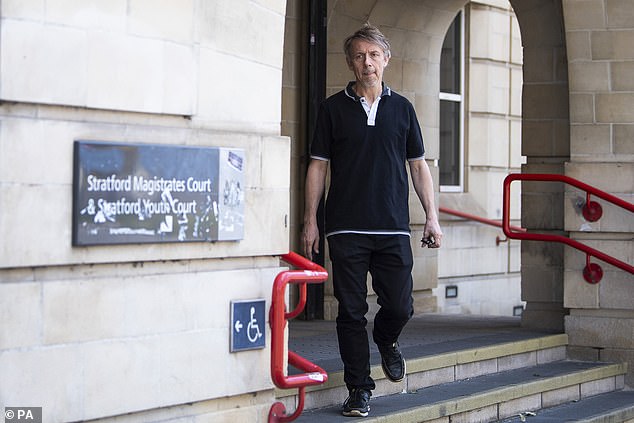 Rook screamed ‘You will die’ at Mr Peterson (pictured outside Stratford Magistrates’ Court), 55, as he left BBC Broadcasting House in Portland Place, central London on March 21

She was made subject to an indefinite restraining order but was caught ‘loitering’ outside the Frenchman’s recording studio at Brownswood Road, north London on July 29.

‘She is accused of a breach of a restraining order imposed by Thames Magistrates’ Court.’

The DJ told the court: ‘I was in my place of work on Brownswood Road, I was actually standing in the kitchen which is open planned. Gilles Peterson performs at ‘The Common Good And NTS Presents: In Aid Of Syria Relief UK’ at Styx on October 23, 2015 in London, England

‘I noticed through the front windows that I could see a person looking in from across the road. She would have been on the other side of the road probably about 20 metres away.

‘The person was Sarah Rook.

‘She was just loitering standing erratically moving about drinking from a bottle and was just transfixed looking at the house.

‘I was with a friend of mine Andrew Crossley.’

Mr Crossley took a picture of Rook from behind the blinds before she ran off towards Finsbury Park as Mr Peterson quickly called the police, the court heard.

Rook was found by police perched on a metal railing dressed in all black with a white bandage on her right forearm, it was said.

She was subsequently arrested by officers on suspicion of breaching the restraining order.

Rook insisted ‘I was just on the wrong road, I’ve got no malice here’, police body worn footage played in court showed.

Defending Rook, Nicola Grindey said Rook denied breaching the restraining order on the basis that she did not know it was in place, but accepted being around the DJ’s studio.

Ms Grindey said: ‘Despite the conduct, she accepts that she was in the place and she wants that communicated to the court.’ 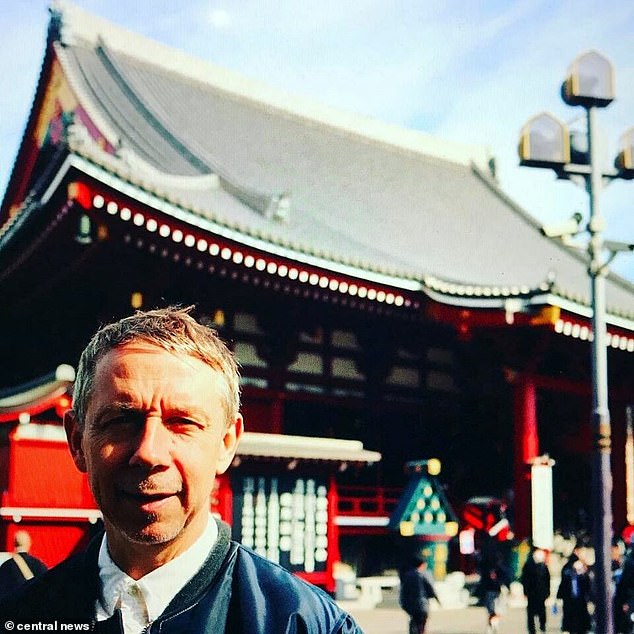 Defending Rook, Nicola Grindey said Rook denied breaching the restraining order on the basis that she did not know it was in place, but accepted being around the DJ’s studio

Rook’s solicitor told the court she had been excused from today’s hearing by District Judge Jonson – who sentenced her client – and had been admitted to a psychiatric hospital.

‘I am satisfied there is no issue of identification. She was looking straight at the house.

‘Ms Rook said she was not aware of the order, I can discount that.

‘I am sure the prosecution have produced sufficient evidence that Ms Rook committed the act of being in Brownswood Road on 29 July.’

The judge ordered psychiatric reports to be produced before Thames Magistrates’ Court on 20 November.

Rook, of Surbiton, Surrey, was remanded in custody and will be sentenced for breach of a restraining order on conviction at a date yet to be set.