A supersonic jet fighter is expected to take off from the Royal Navy’s aircraft carrier HMS Queen Elizabeth for the first time in the UK.

The F35B Lightning jet was brought back aboard the aircraft carrier after it had completed flight trials in the US.

It has been spotted on the flight deck of the 65,000 tonne warship at Portsmouth Naval Base where it returned last week following deployment to the eastern United States.

The aircraft was kept on board the carrier because ‘repair and maintenance’ work need to be carried out. 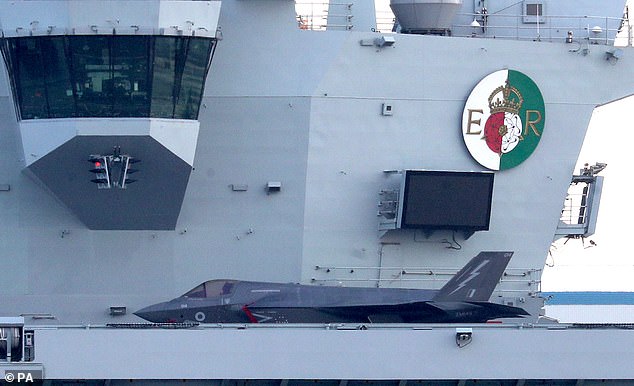 However, the stealth jet is expected to be flown back to RAF Marham – the UK’s F35 base in Norfolk – in the near future.

A Navy spokeswoman said: ‘Following completion of successful flying trials in the US, one F-35 Lightning remained embarked on HMS Queen Elizabeth in order for repair & maintenance work to be completed.

‘The aircraft will return to RAF Marham in the near future.’ 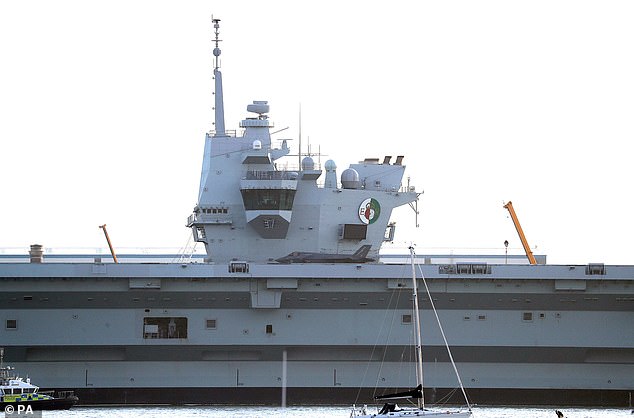 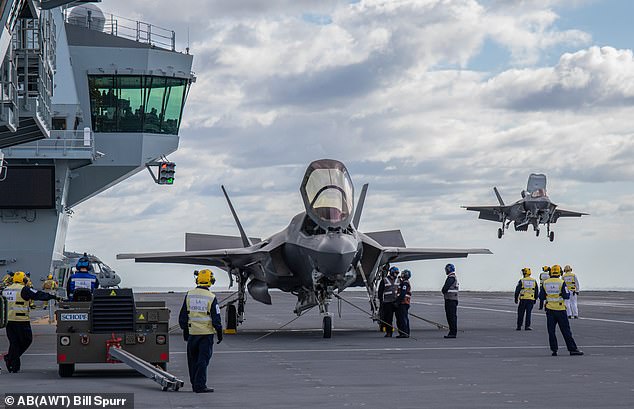 They were deployed for the first time by the UK in reconnaissance missions over Iraq and Syria in the battle against so-called Islamic State in June this year.

successful developmental trials last year with US Lightning jets, where forces conducted 500 take offs and landings over their 11-week period at sea

The Queen Elizabeth arrived at its home base of Portsmouth last week where it docked alongside its sister ships HMS Prince of Wales.