The warm weather comes after more than 30,000 homes and businesses lost power this morning in Storm Callum's 77mph winds and rain. 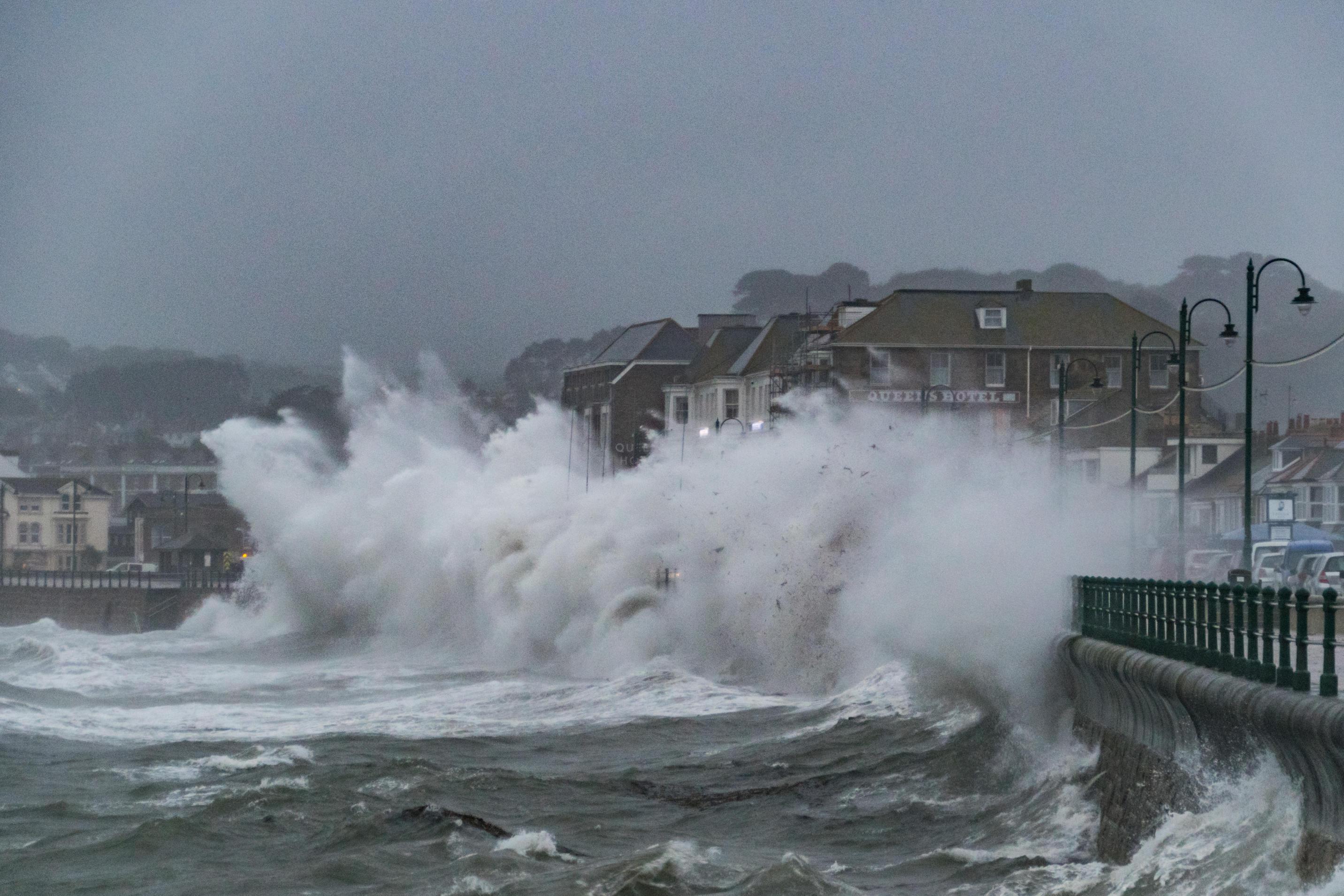 A Met Office spokesperson said: "South East England will be in some very mild air overnight tonight and into Saturday morning.

“Because of that, minimum temperatures overnight tonight and tomorrow morning are going to be in the mid-to-high teens across South East England."

The astonishing highs of mid-20s weather in October will then bloom on Saturday afternoon as warm air washes over the bottom of the UK. 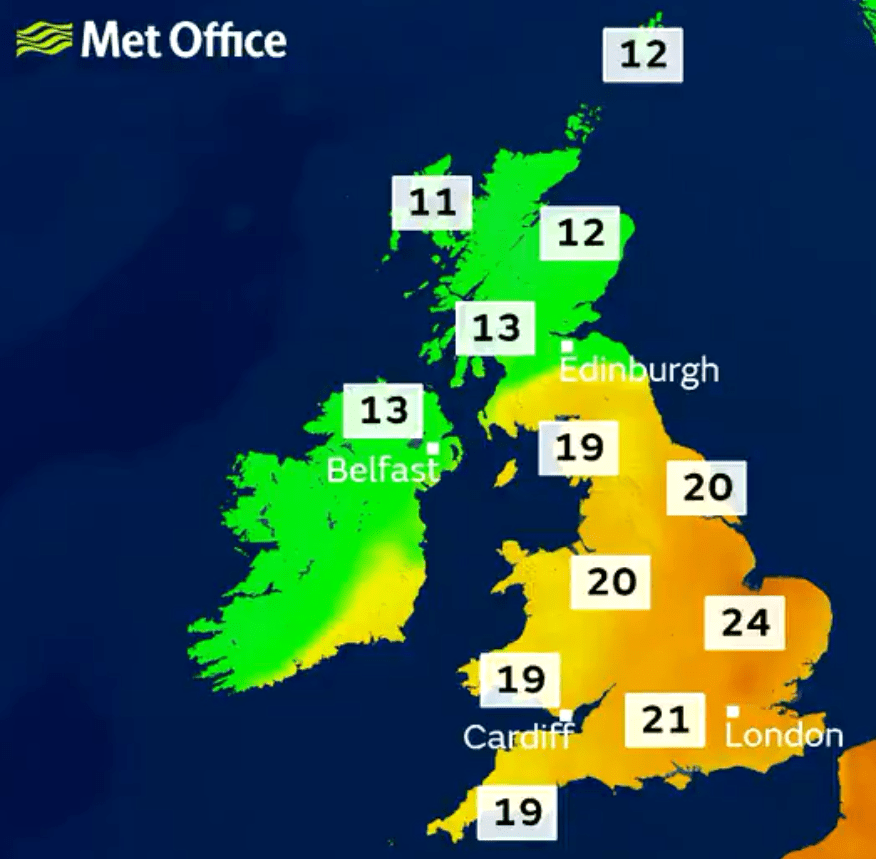 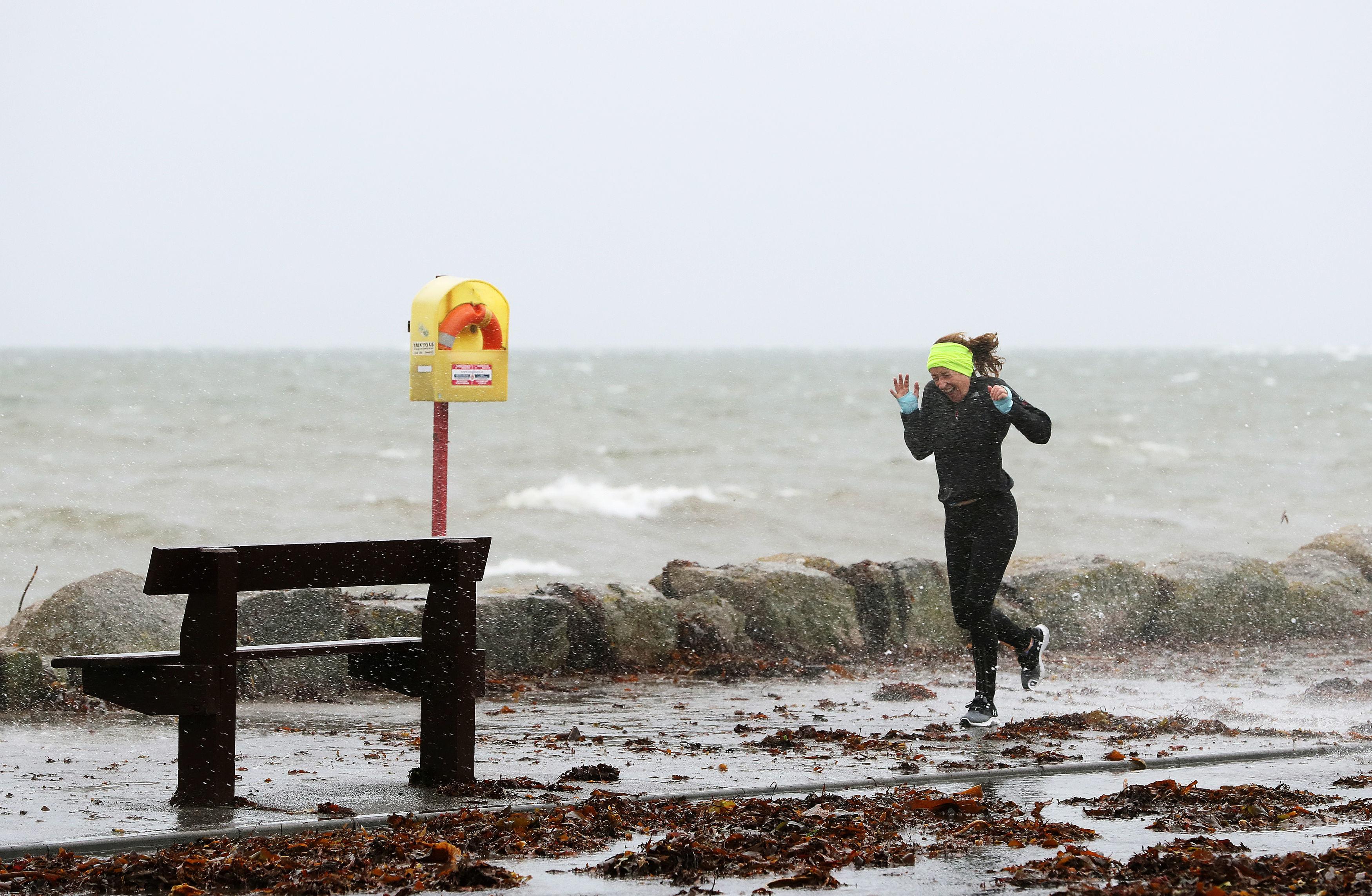 And while Wales and Northern Ireland have suffered from Storm Callum today, with flights and trains cancelled because of the violent weather, it's the low pressure from the storm that will bring the unseasonal heat over the weekend.

The Met Office spokesperson added: "The warm air is being brought up on the south westerly winds that are associated with the low pressure that is Storm Callum.

"And they lie on the southern side of the front that’s bringing all the rain to parts of Wales and North West Engalnd through Friday night, and parts of the South West as well.”

In contrast with the sunny South East, persistent rain is expected tomorrow from Scotland down to the Midlands tomorrow. 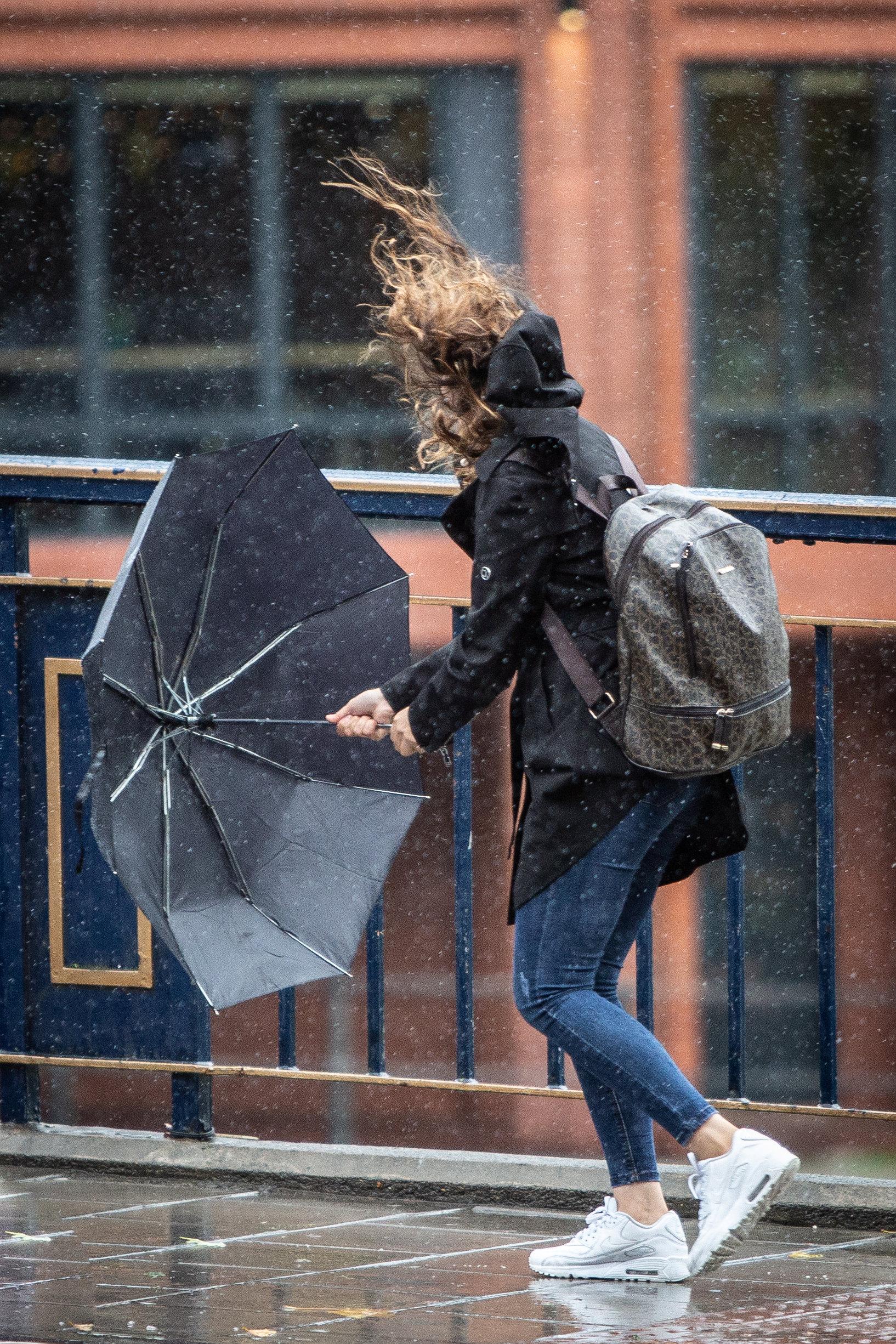 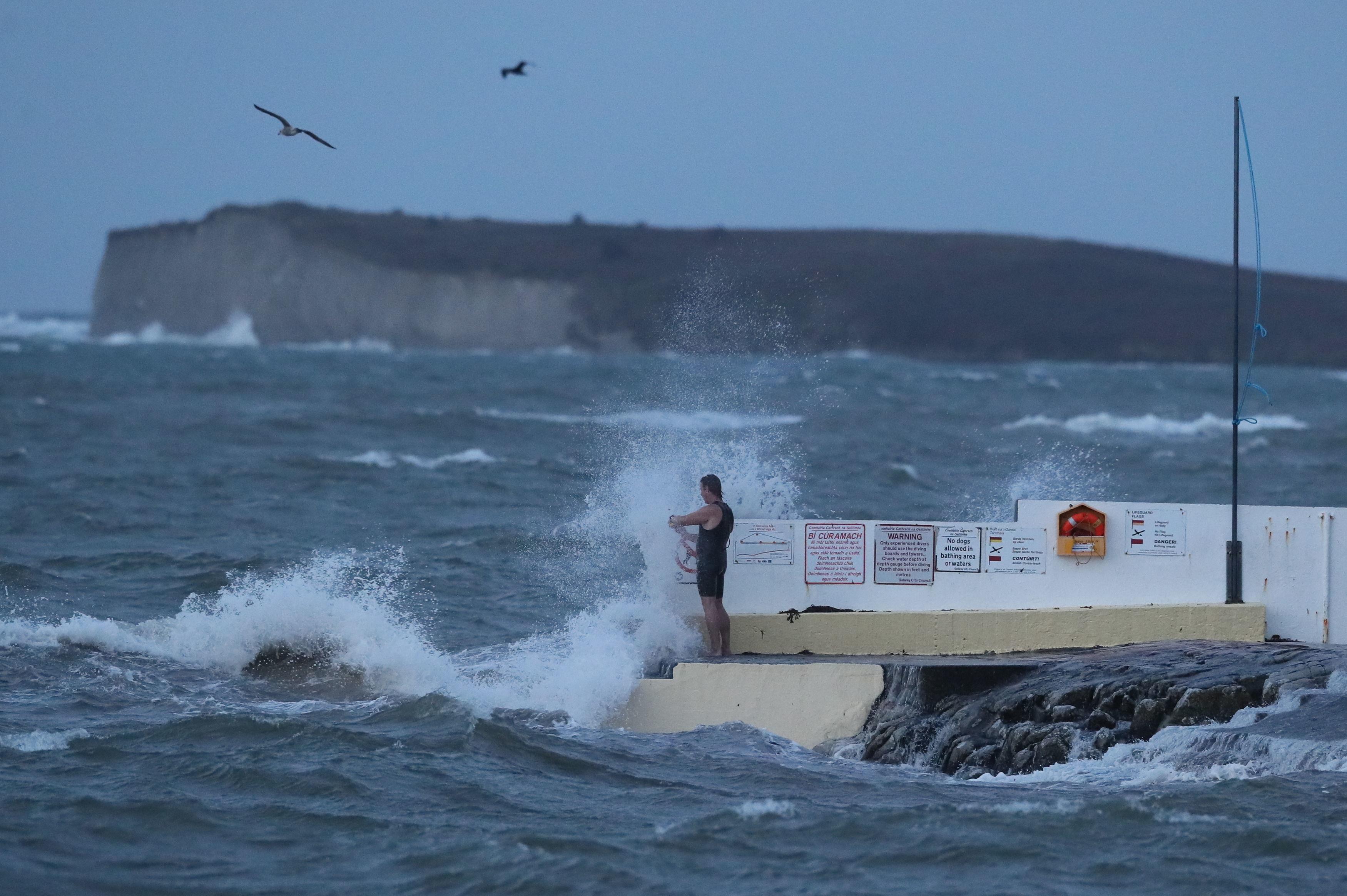 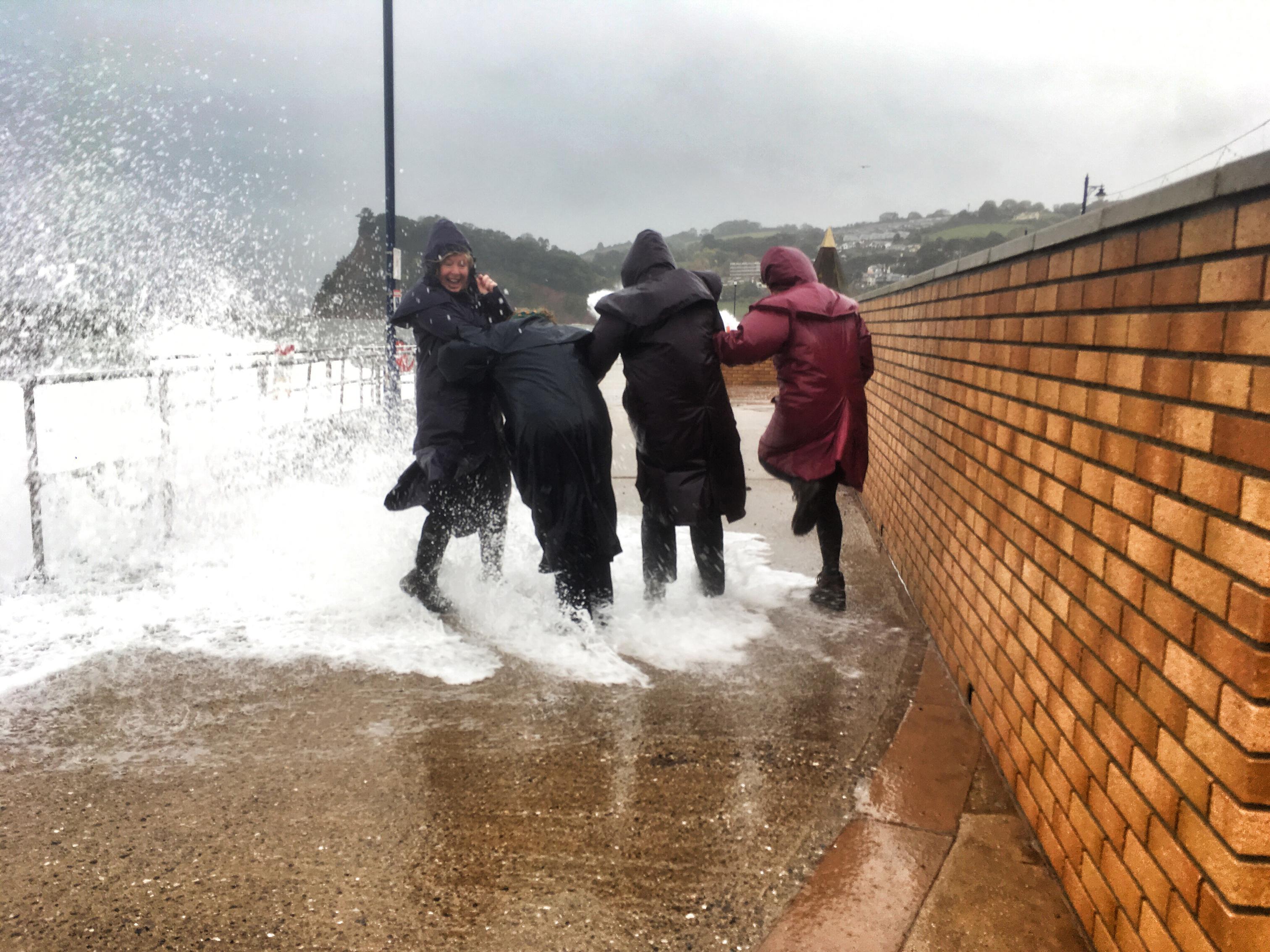 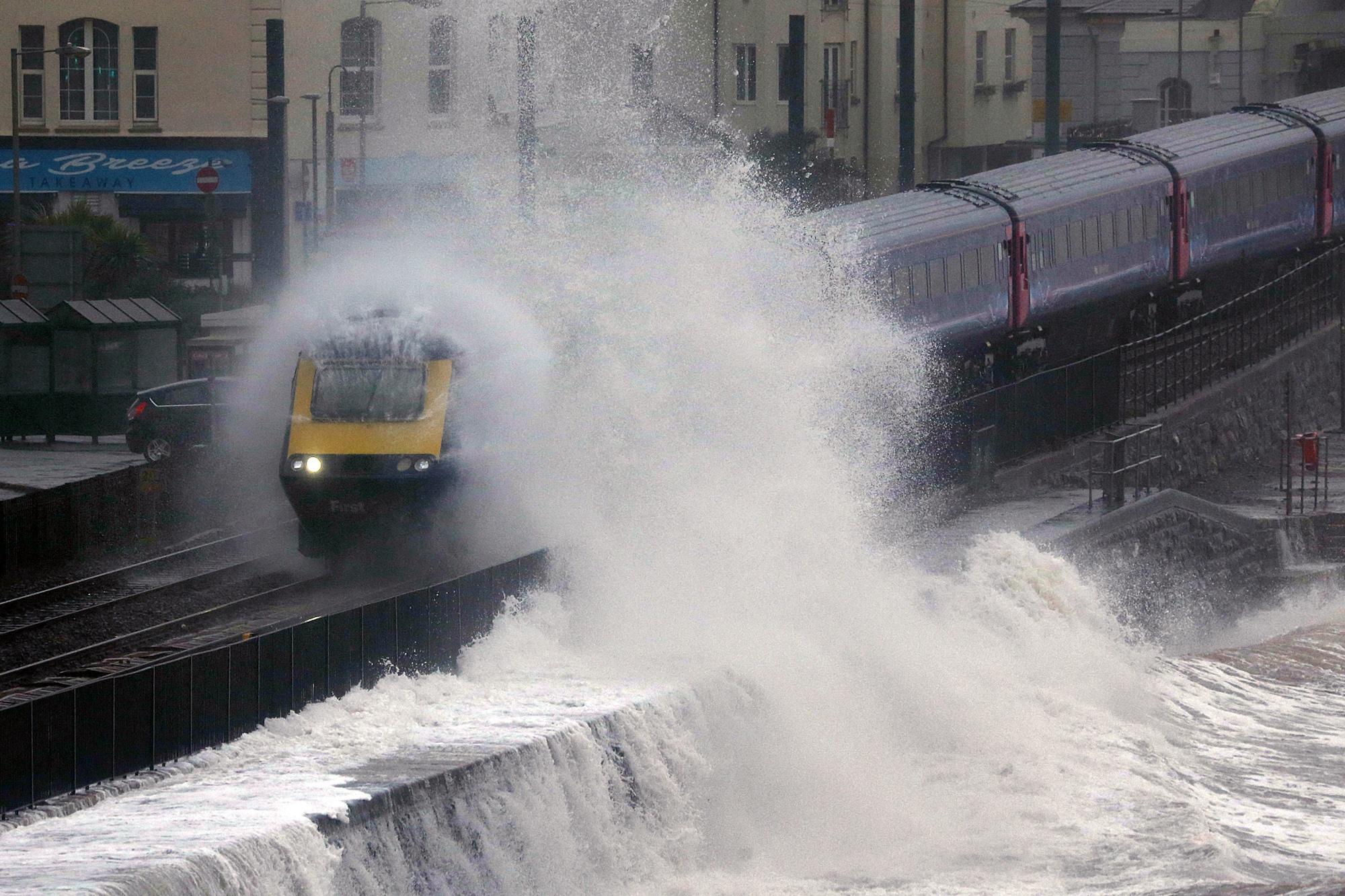 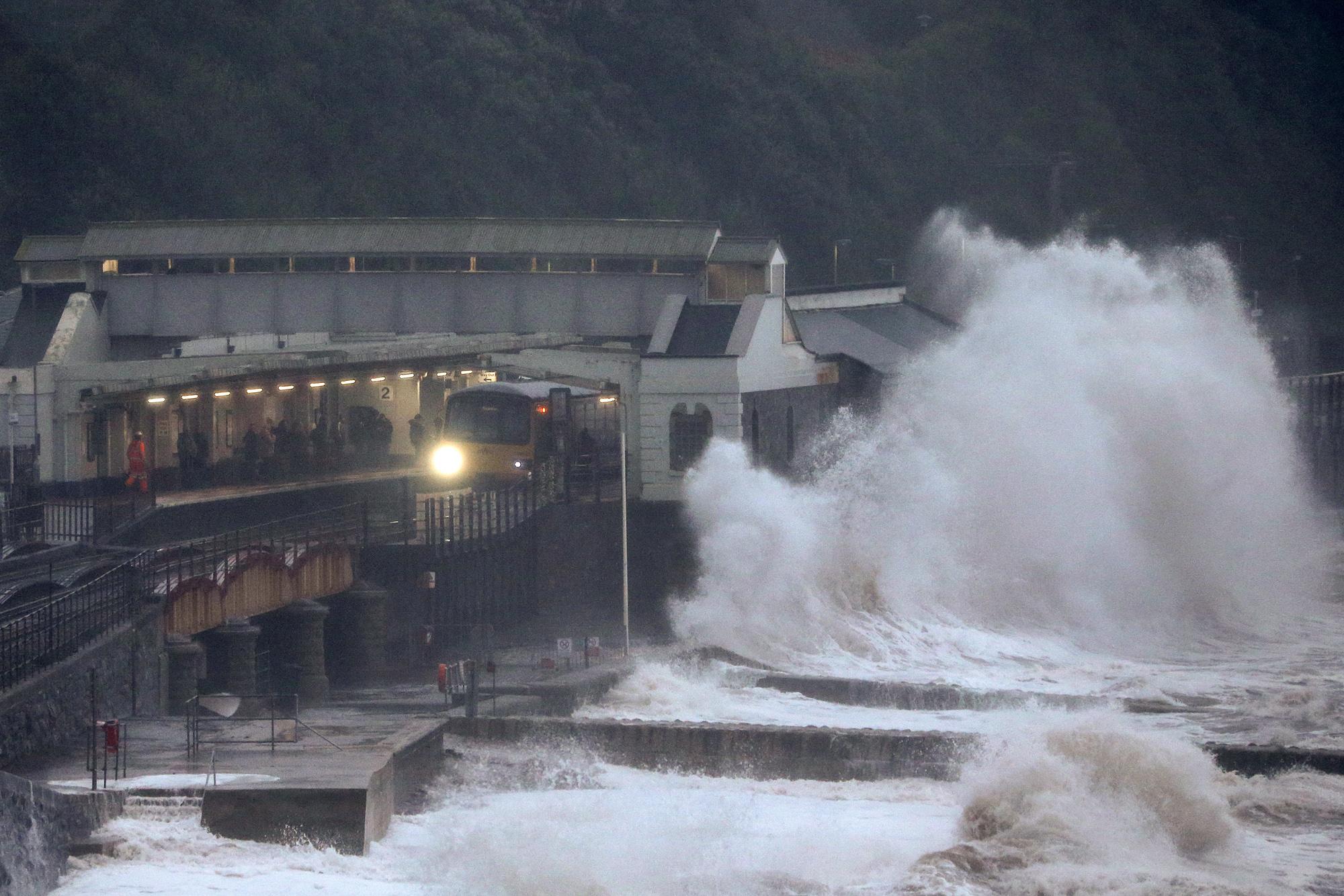 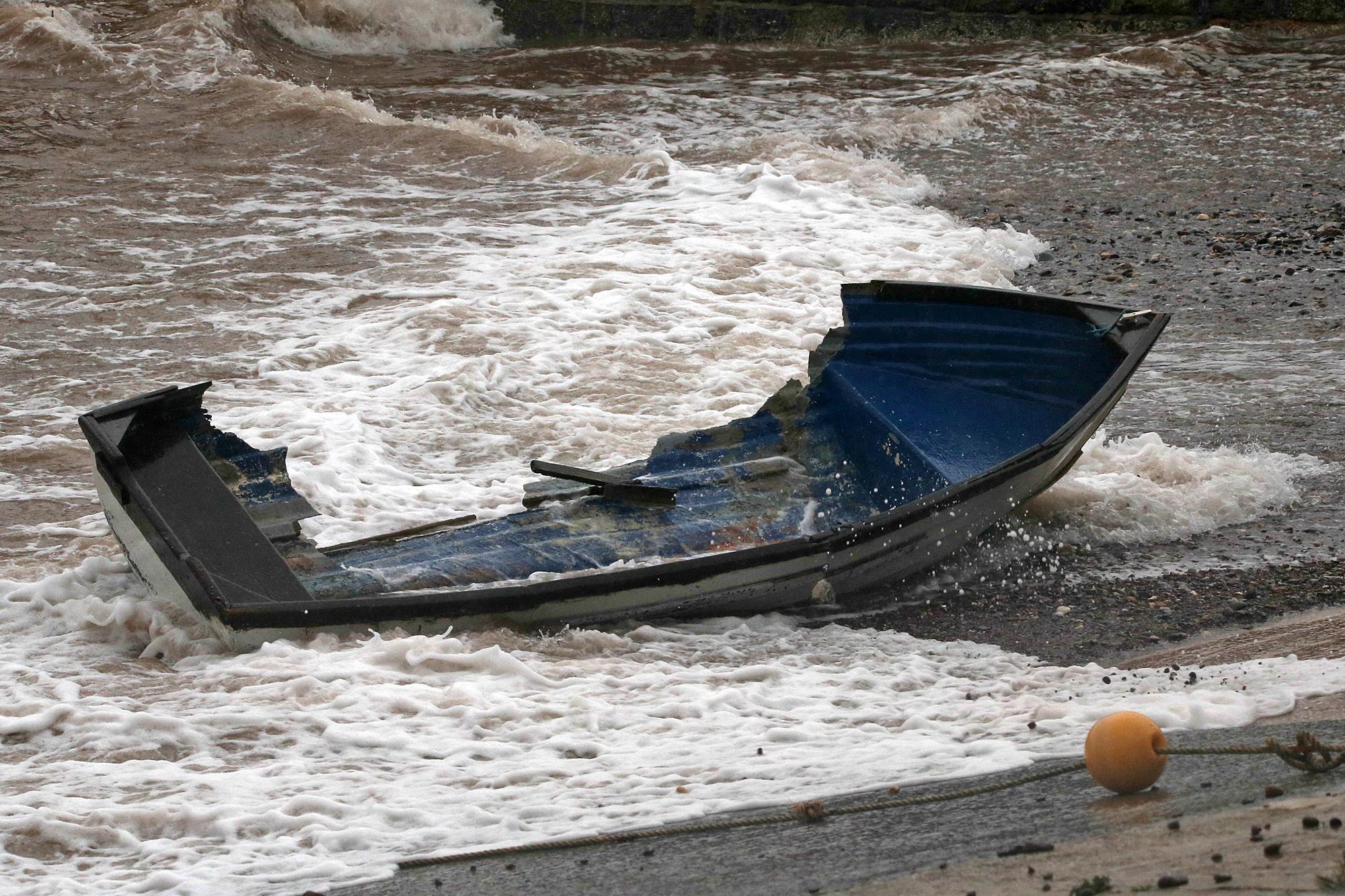 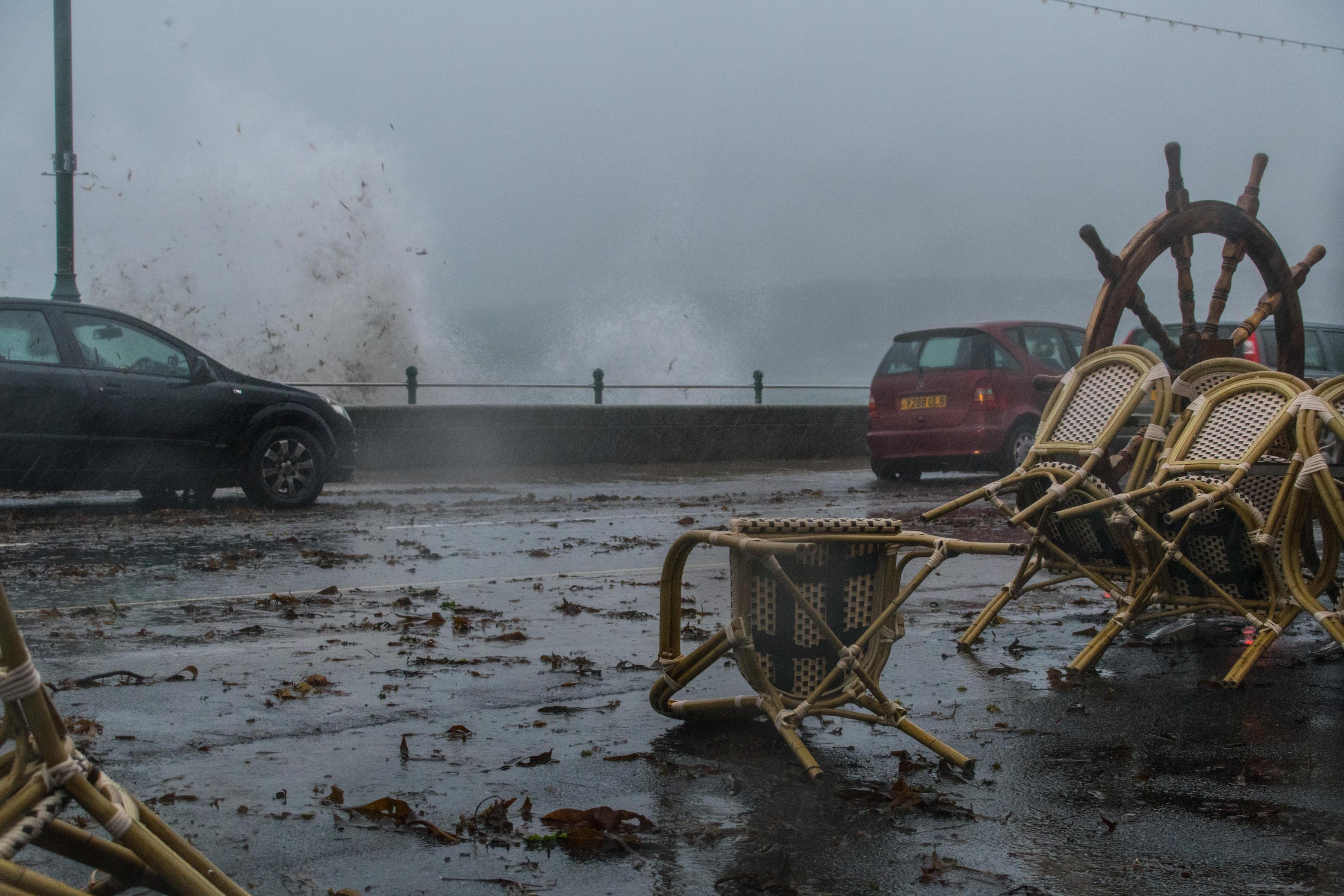 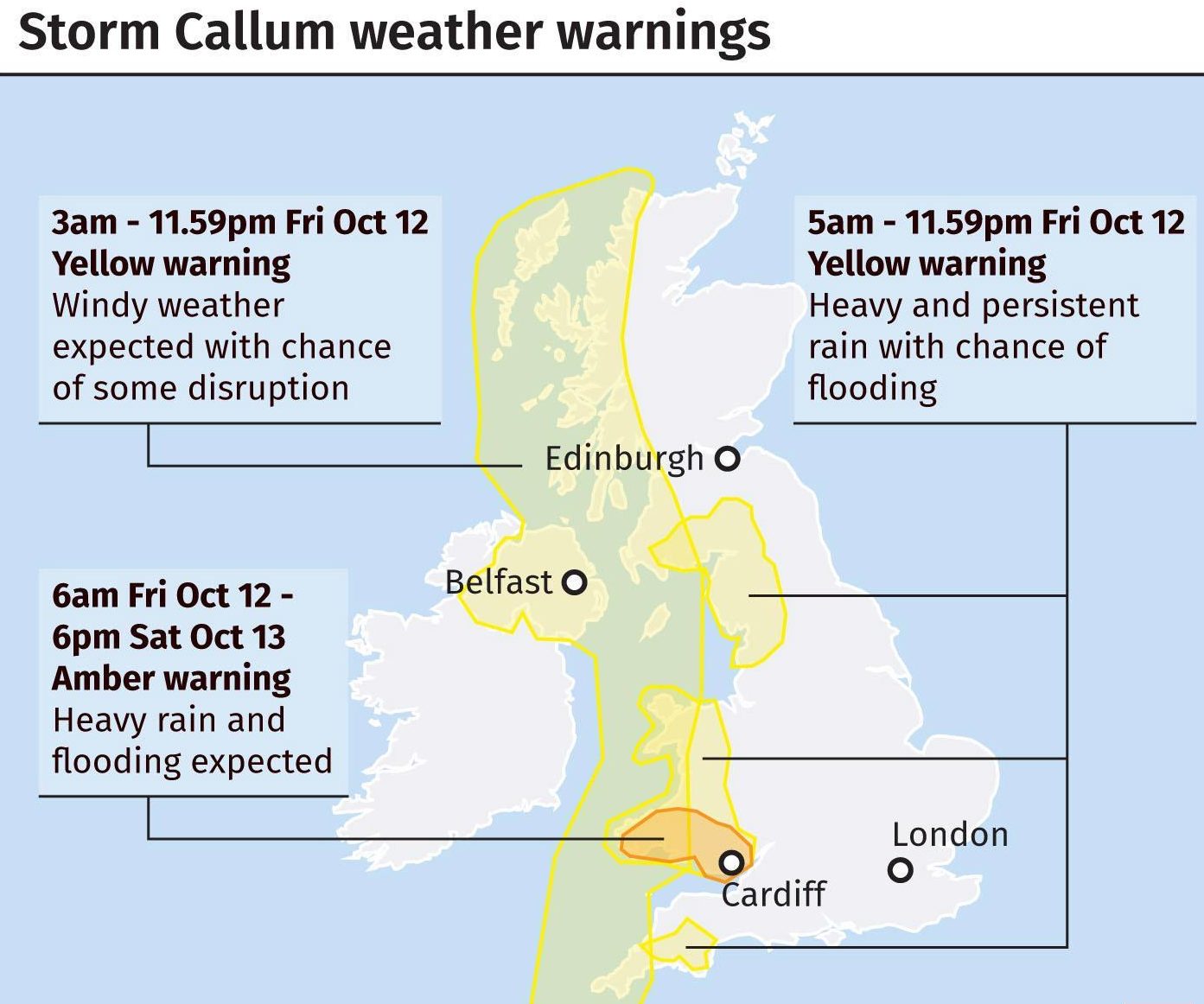 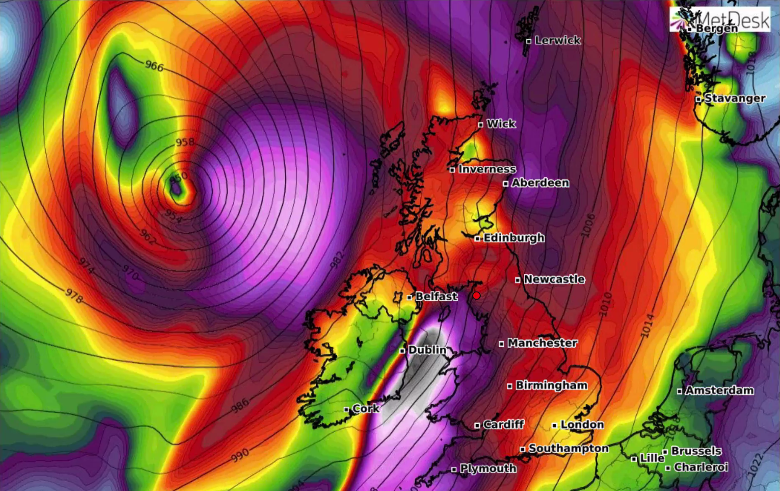 Dozens of flights at Cardiff and Exeter Airports have been cancelled along with 25 grounded planes at Belfast City Airport amid "danger to life" warnings, with airline Flybe axing 54 flights because of the weather.

Arriva Trains is advising customers in Wales to check transport information as many trains have been cancelled and even replacement bus services may not run if local roads "become impassable".

Wind speeds of 77mph have already been recorded at Capel Curig in Gwynedd, north Wales, with 76mph gusts in the Scilly Isles and 64mph in Culdose, Cornwall.

The Met Office warned heavy rainfall moving in from the South West could present a risk to life and issued a 36-hour amber warning for Wales.

Meteorologist Alex Burkhill warned floods were likely in Wales, while a yellow warning for wind and rain were in place up and down the UK. 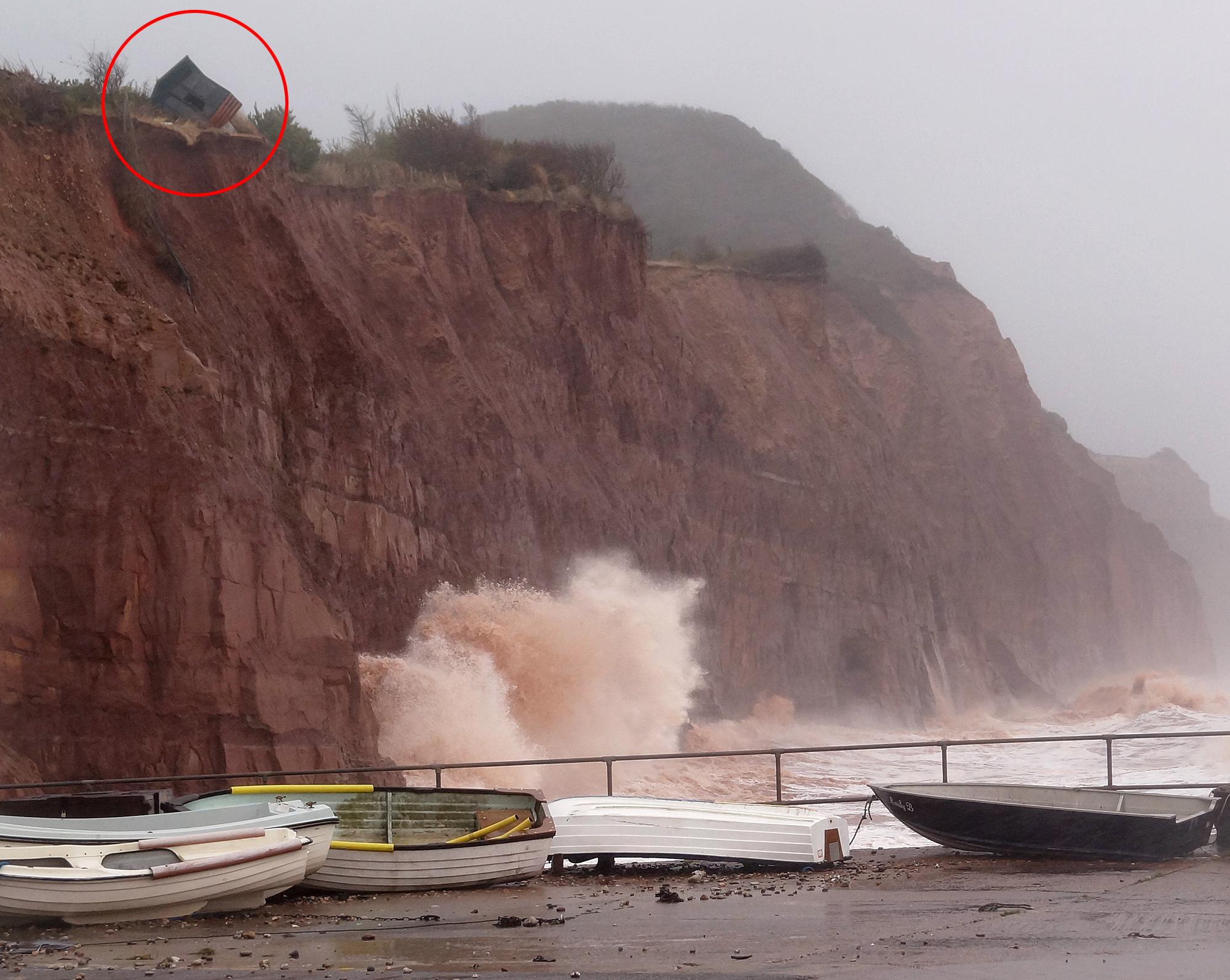 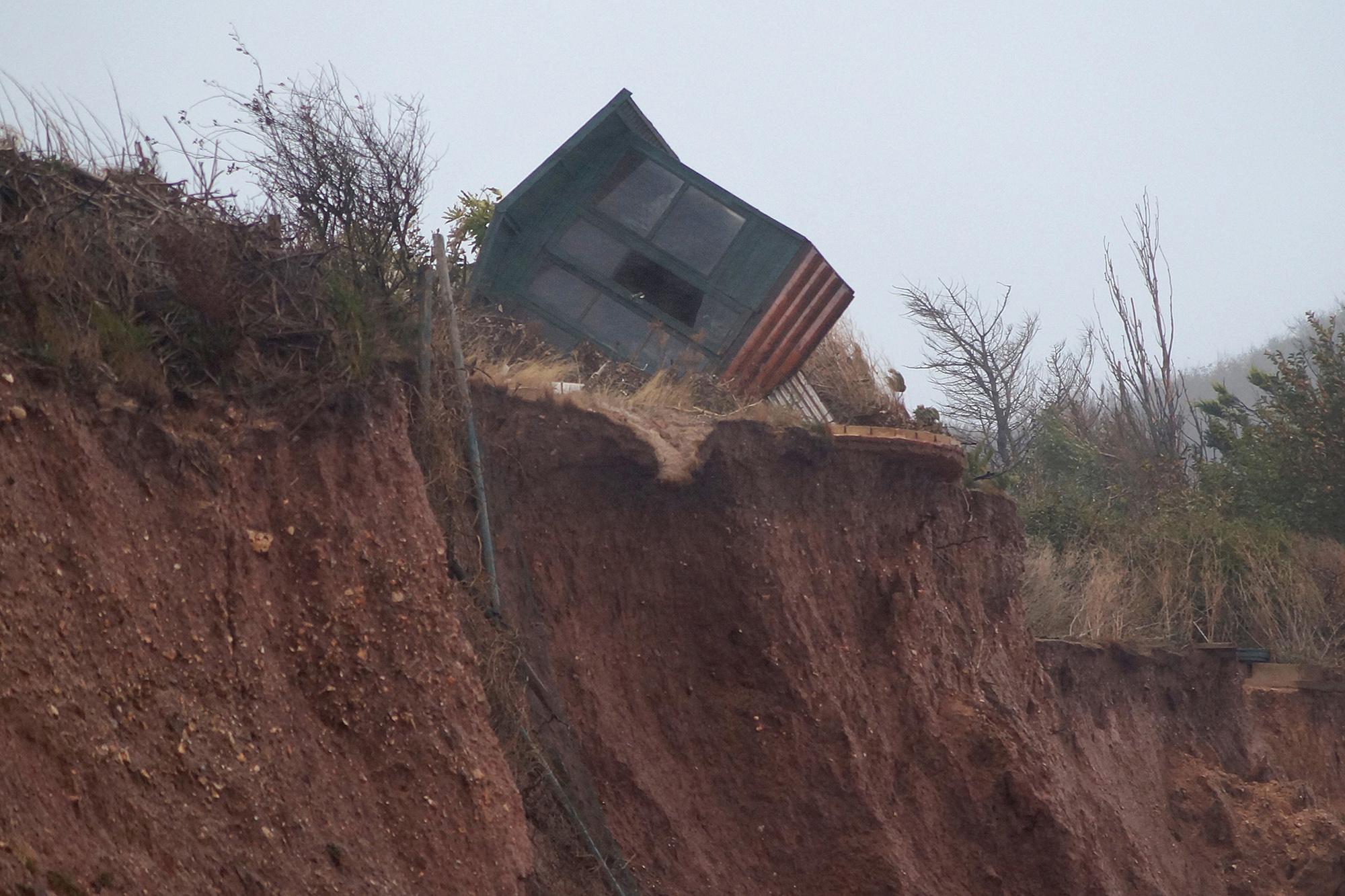 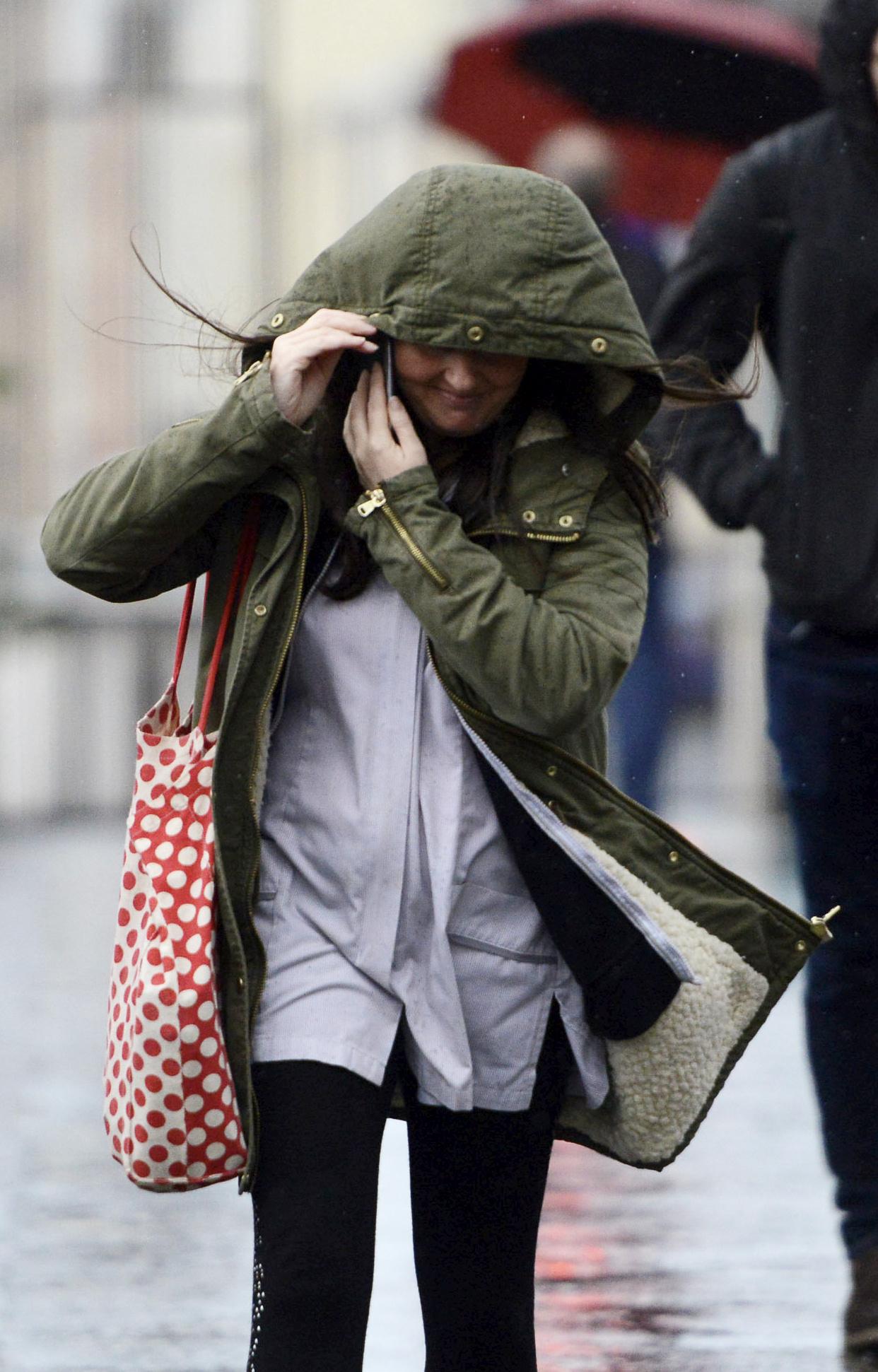 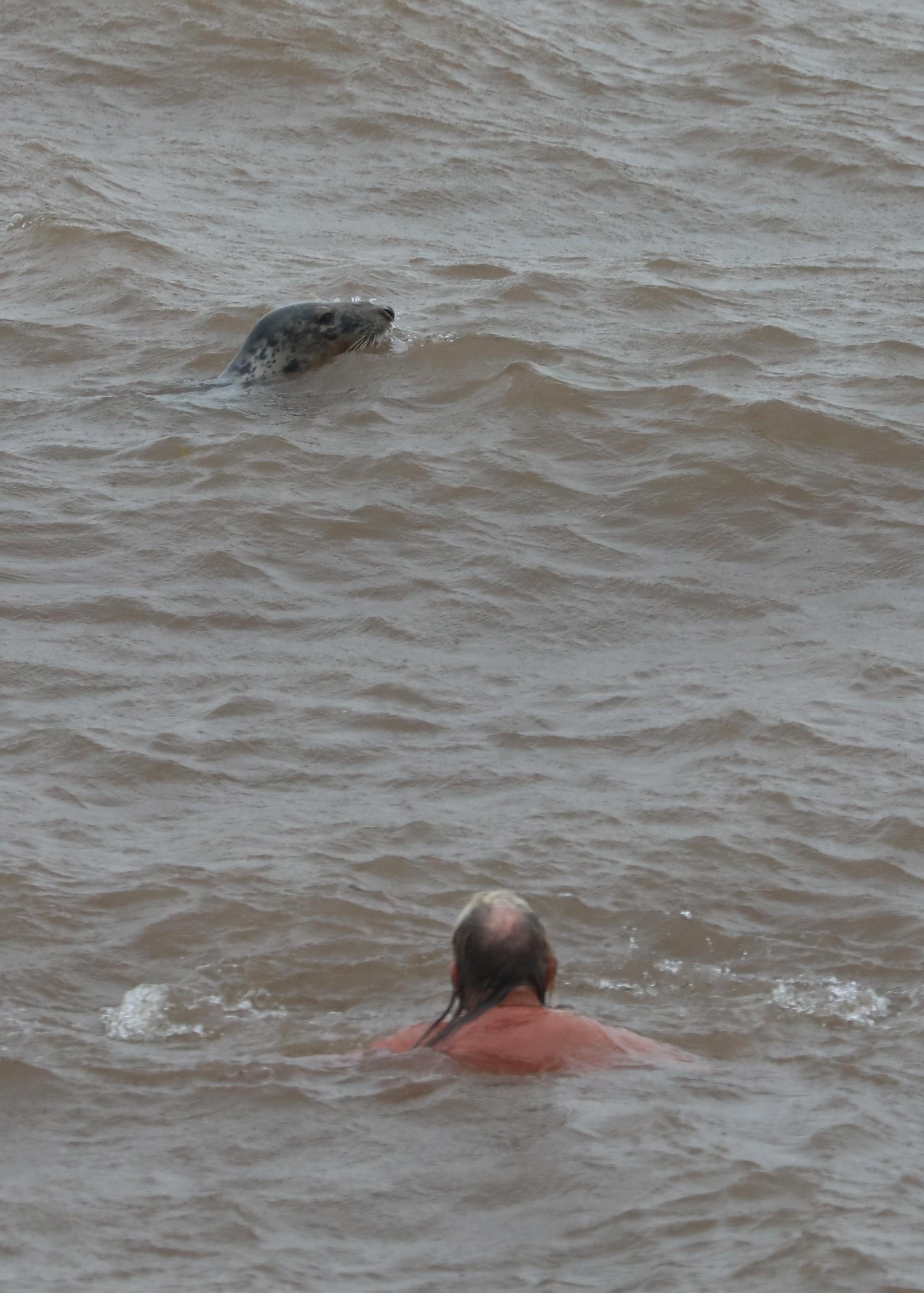 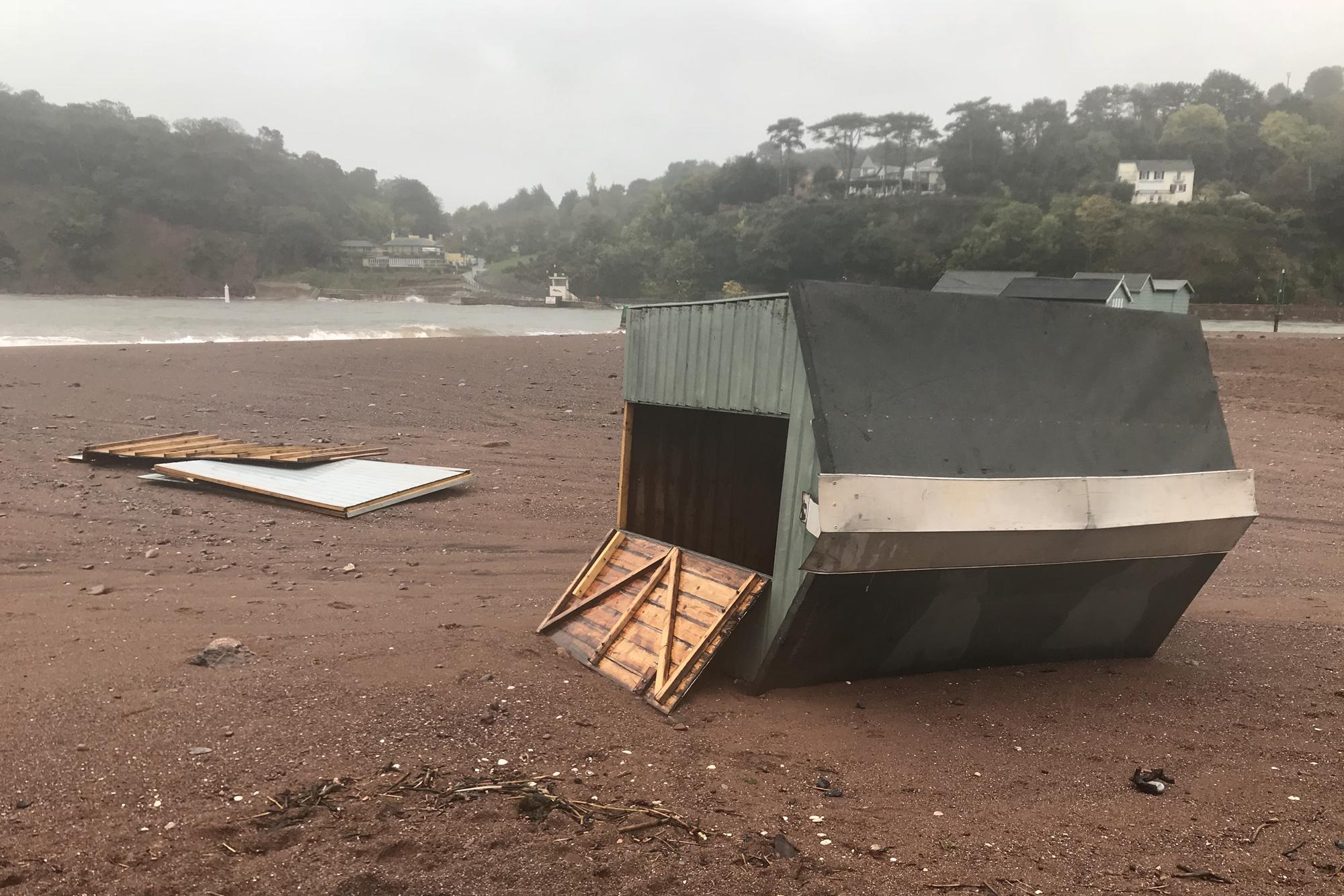 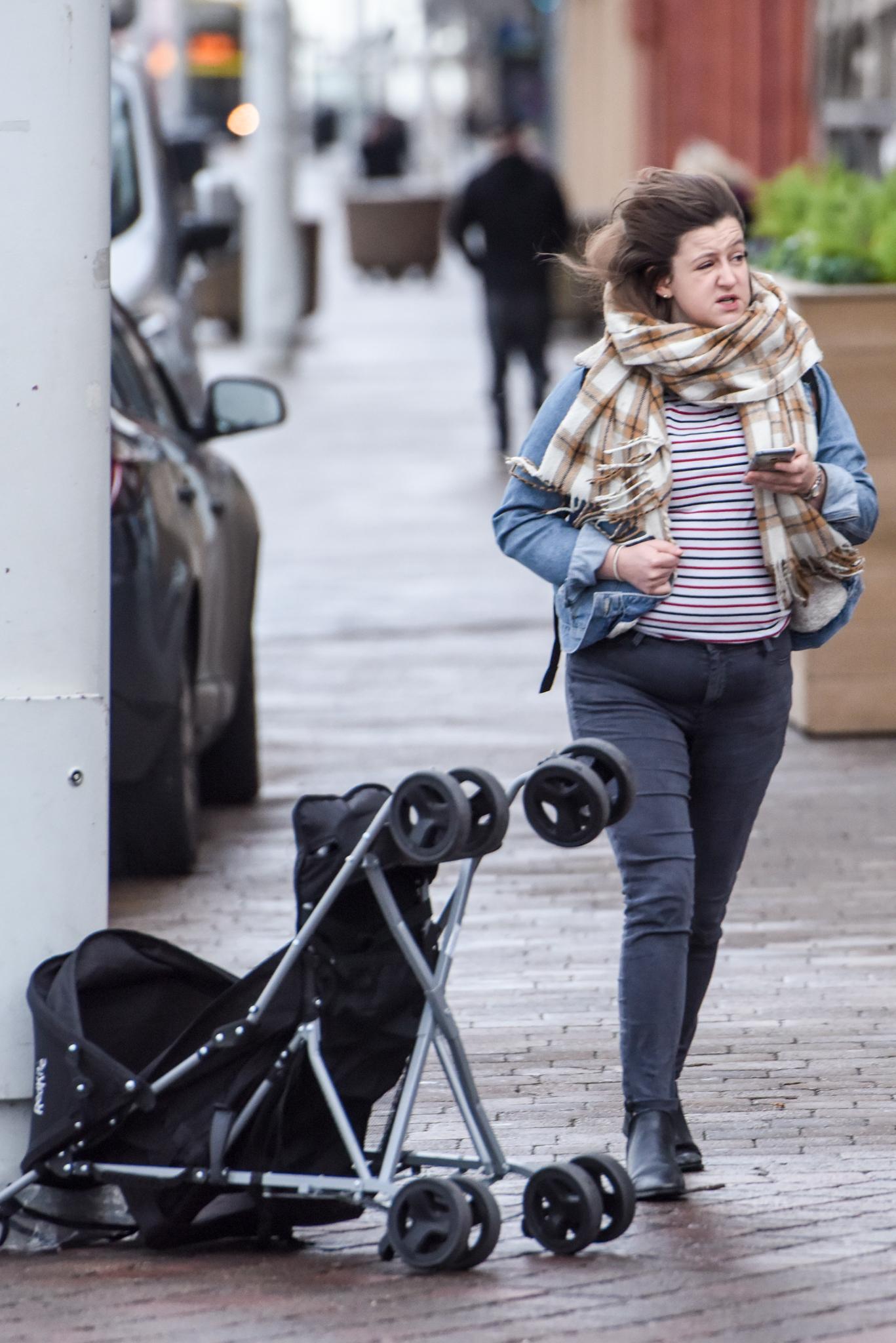 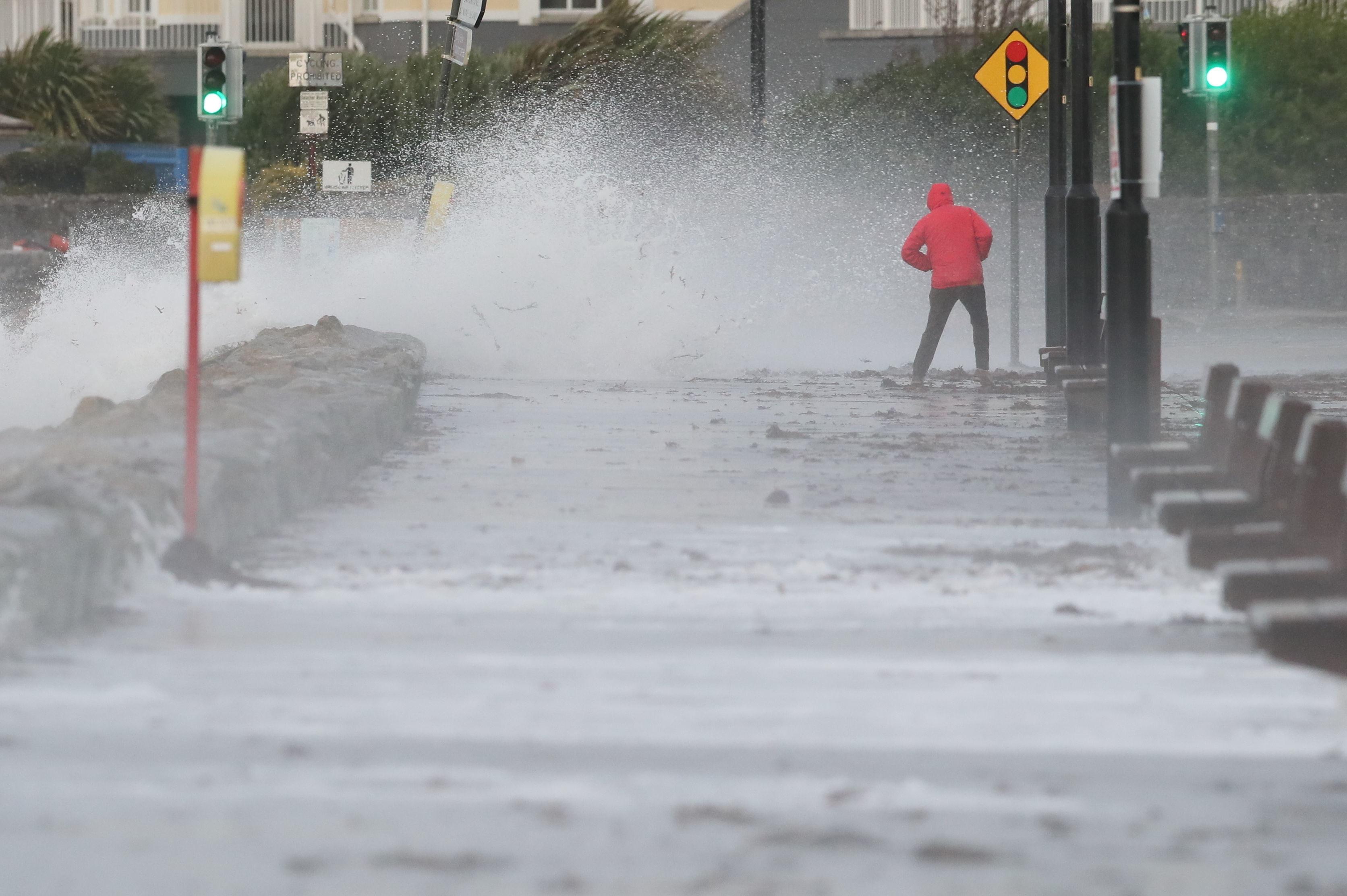 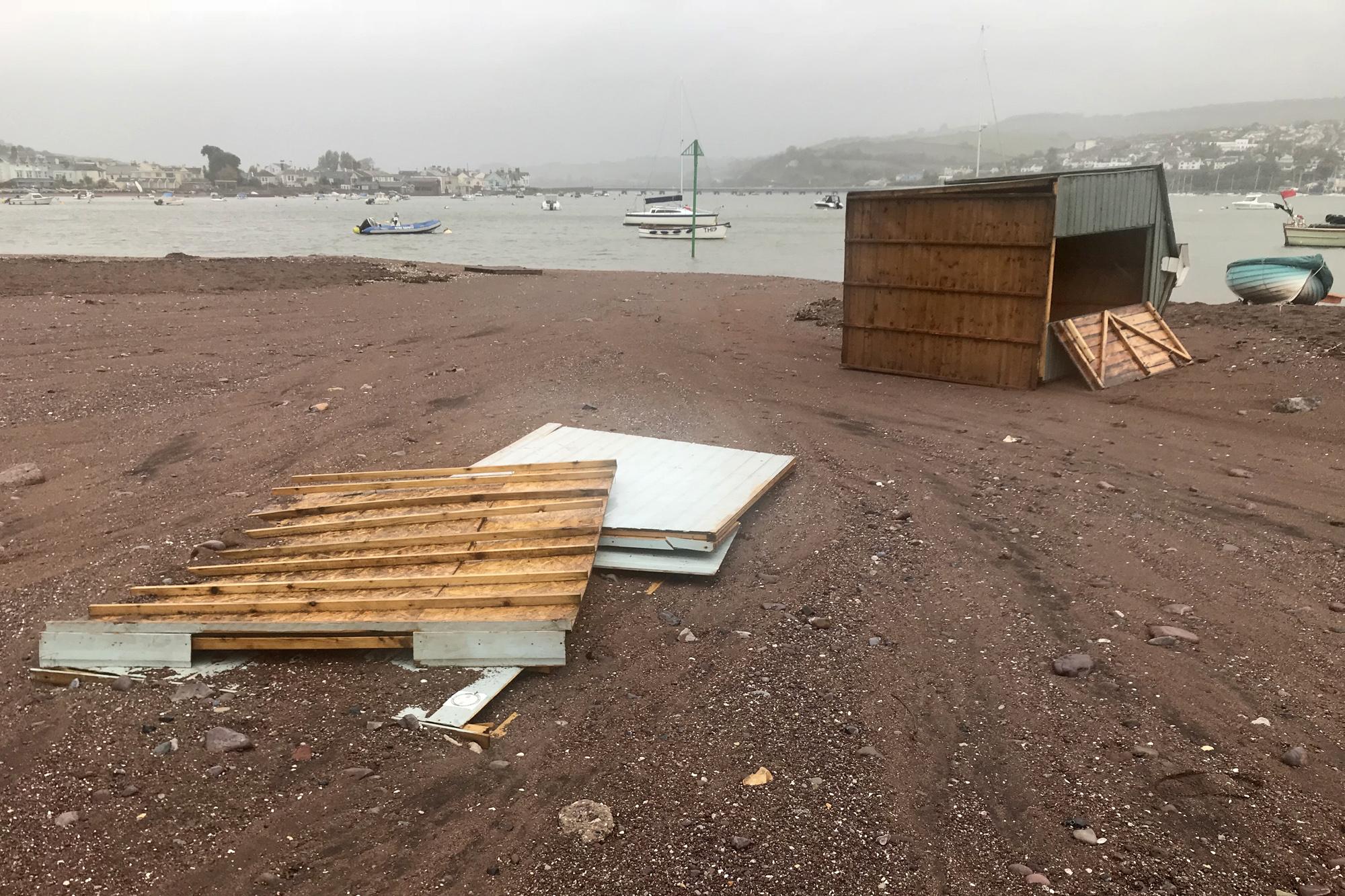 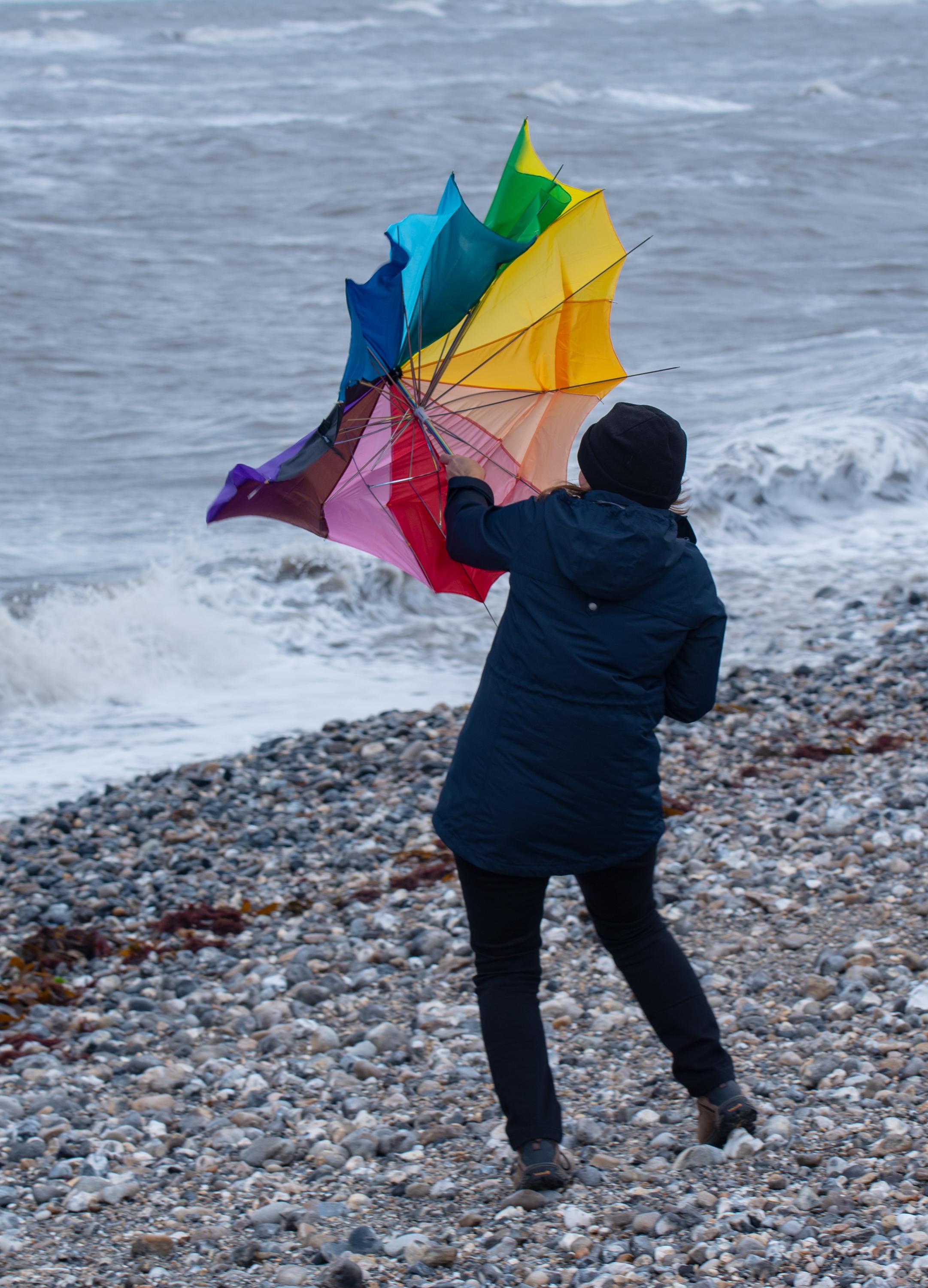 He said: "We are also starting to see the rain push in to parts of south-west England and part of the Republic of Ireland.

"We've got a wind warning which covers all the western side of the UK. That in itself is likely to bring disruption to roads and there is likely to be some bridge closures and power outages.

"We also have yellow and amber warnings of between 50mm and 150mm of rain for Wales. That's quite a substantial amount of rain to come and could bring flooding."

The Met Office says Wales will bear the brunt of the storm with heavy rain causing fast-flowing and deep floodwaters, which are likely to make conditions difficult. 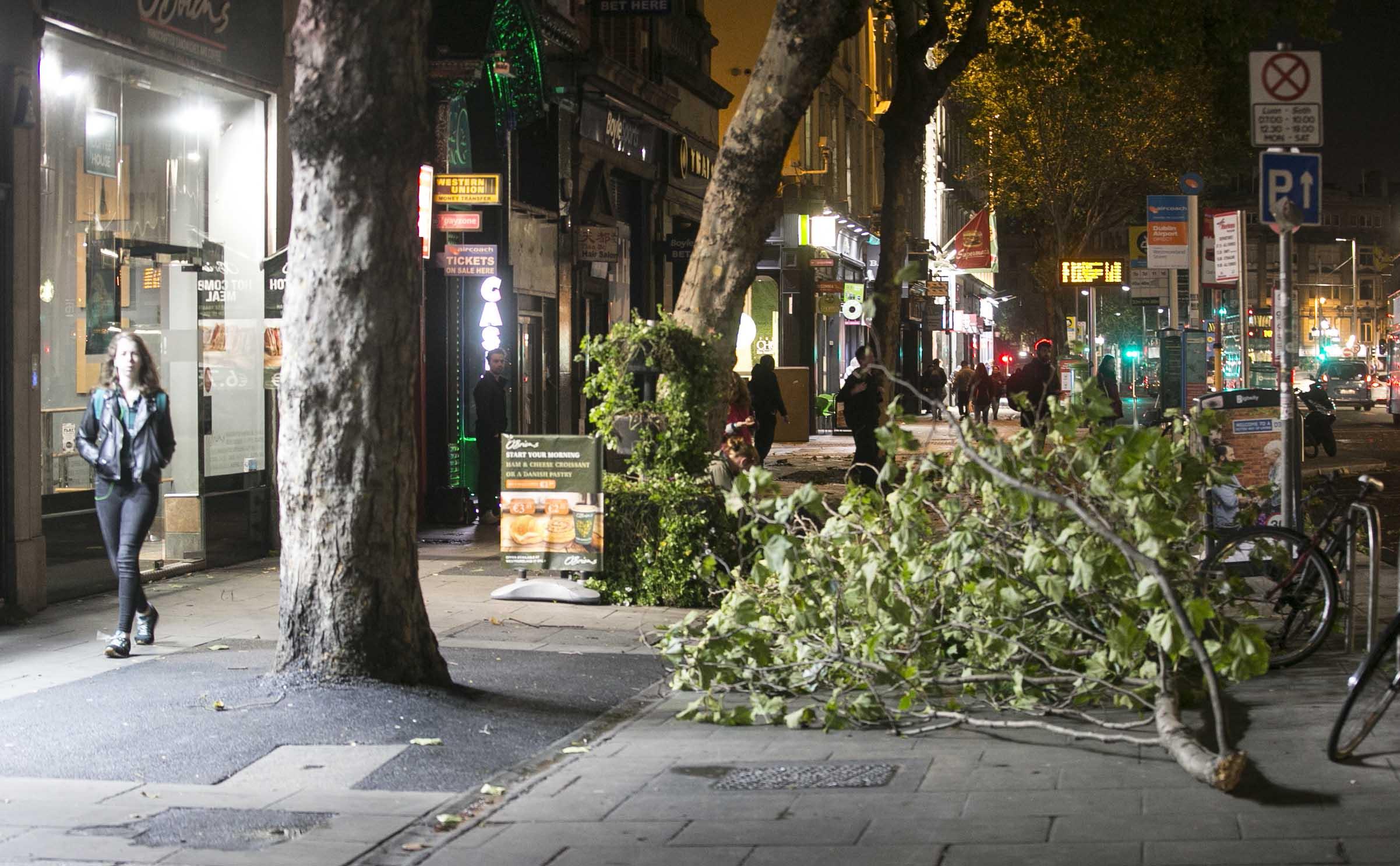 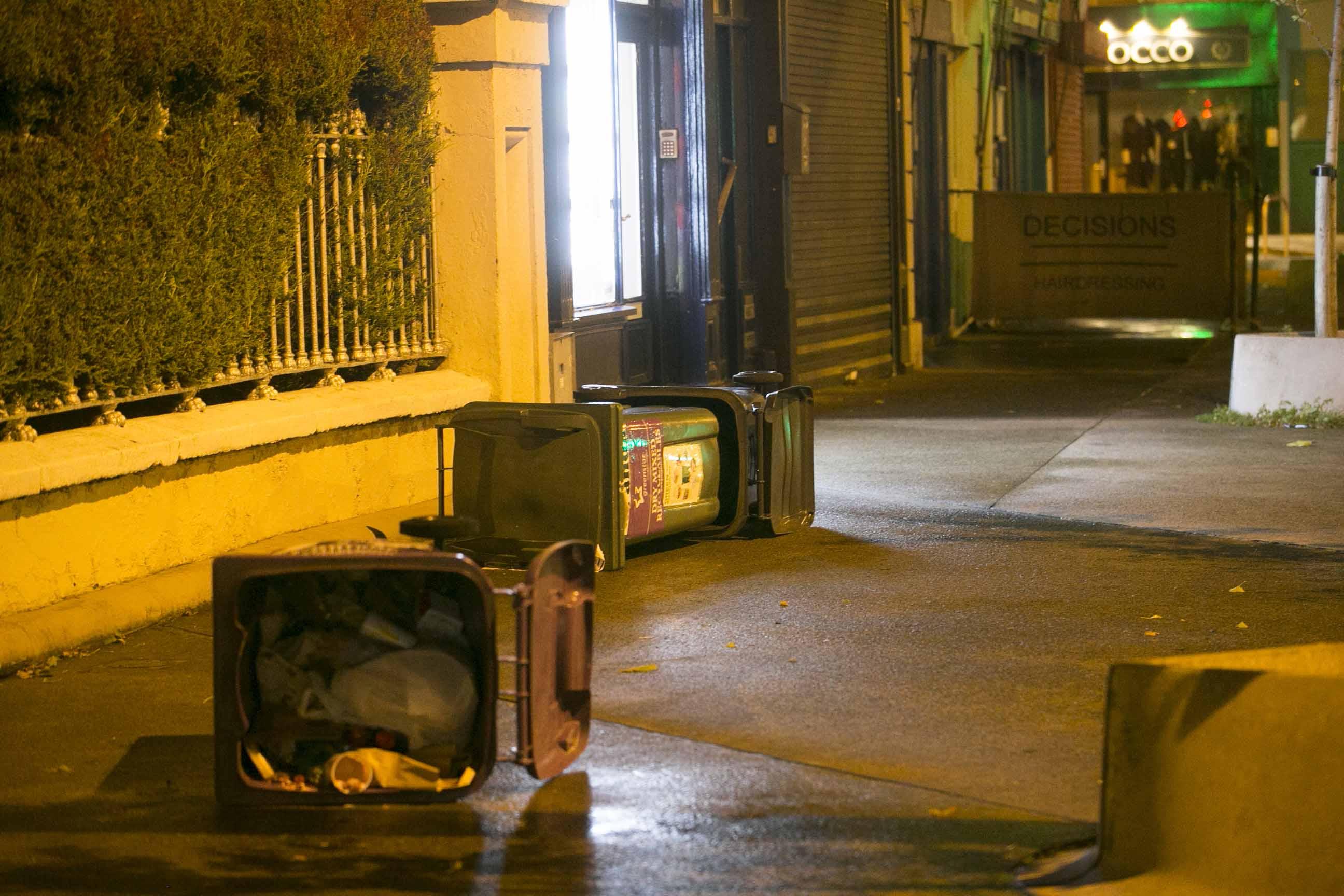 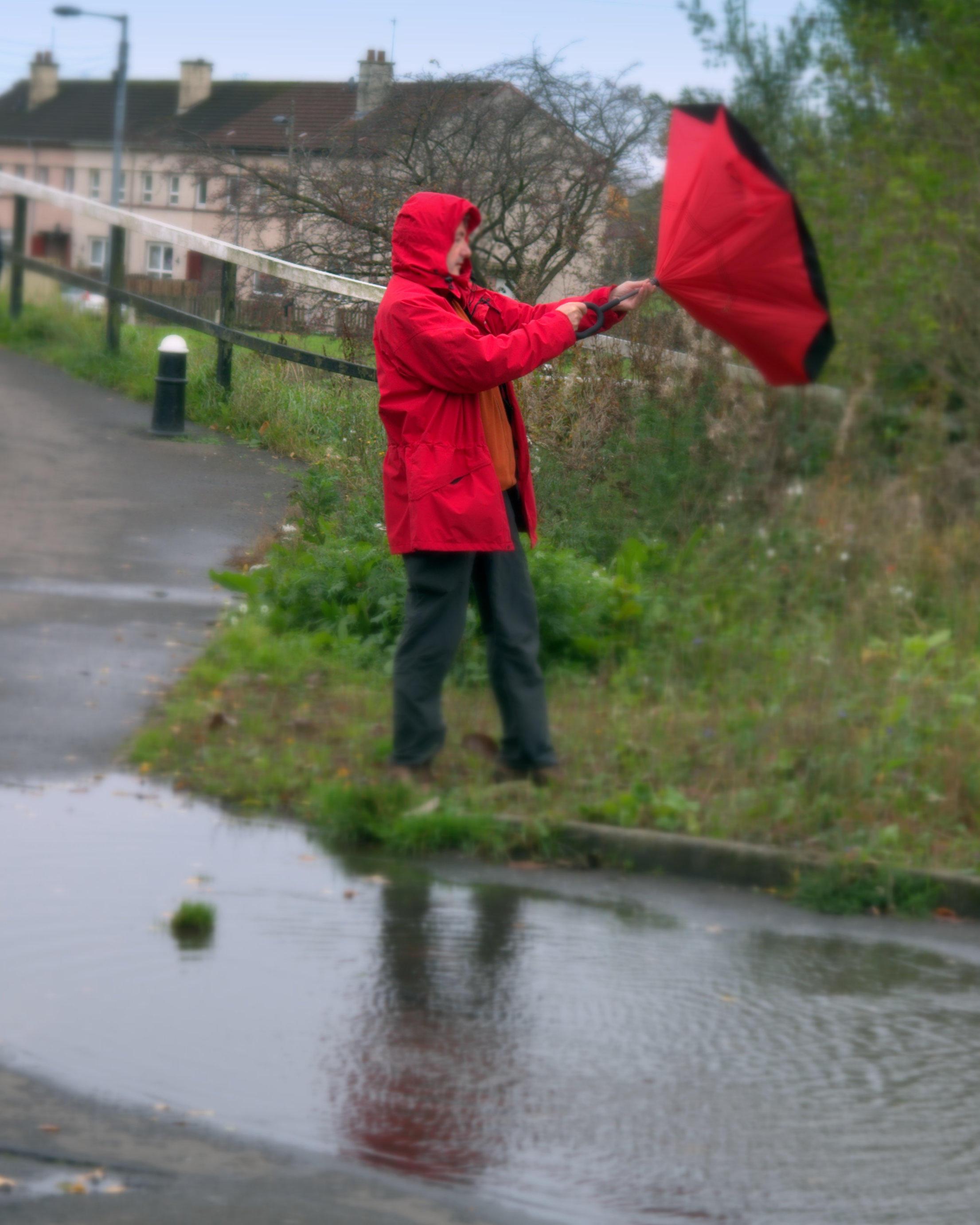 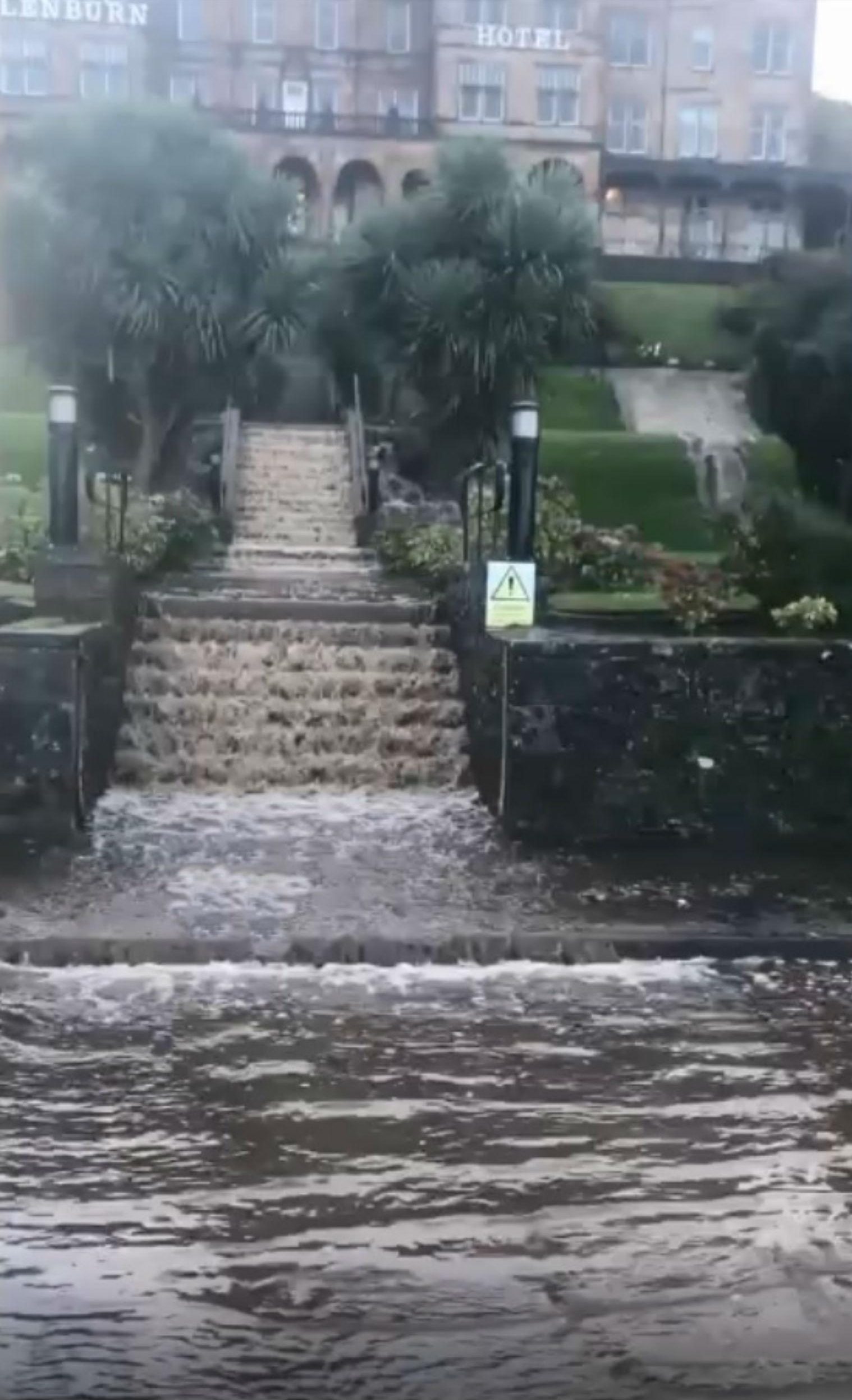 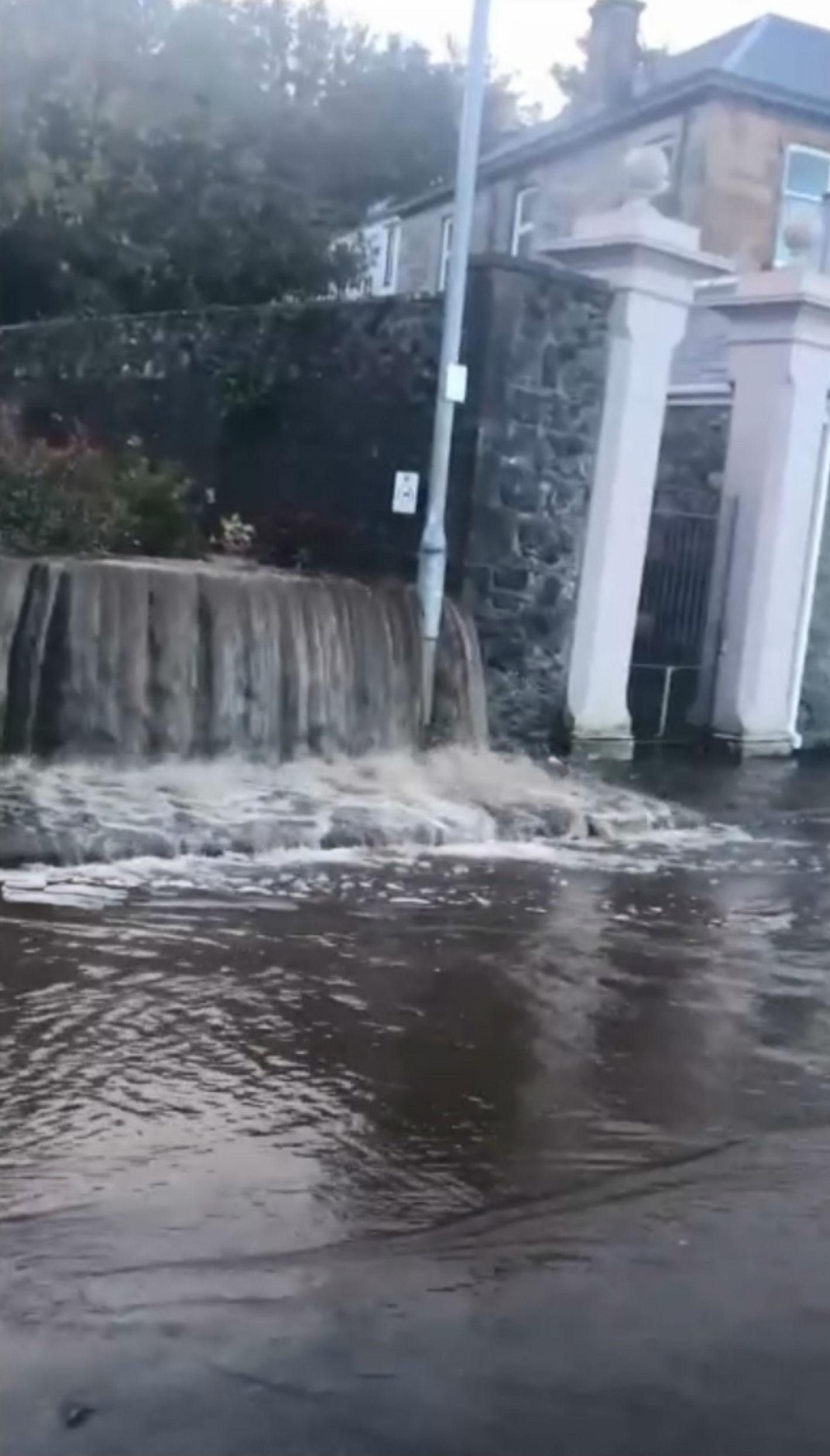 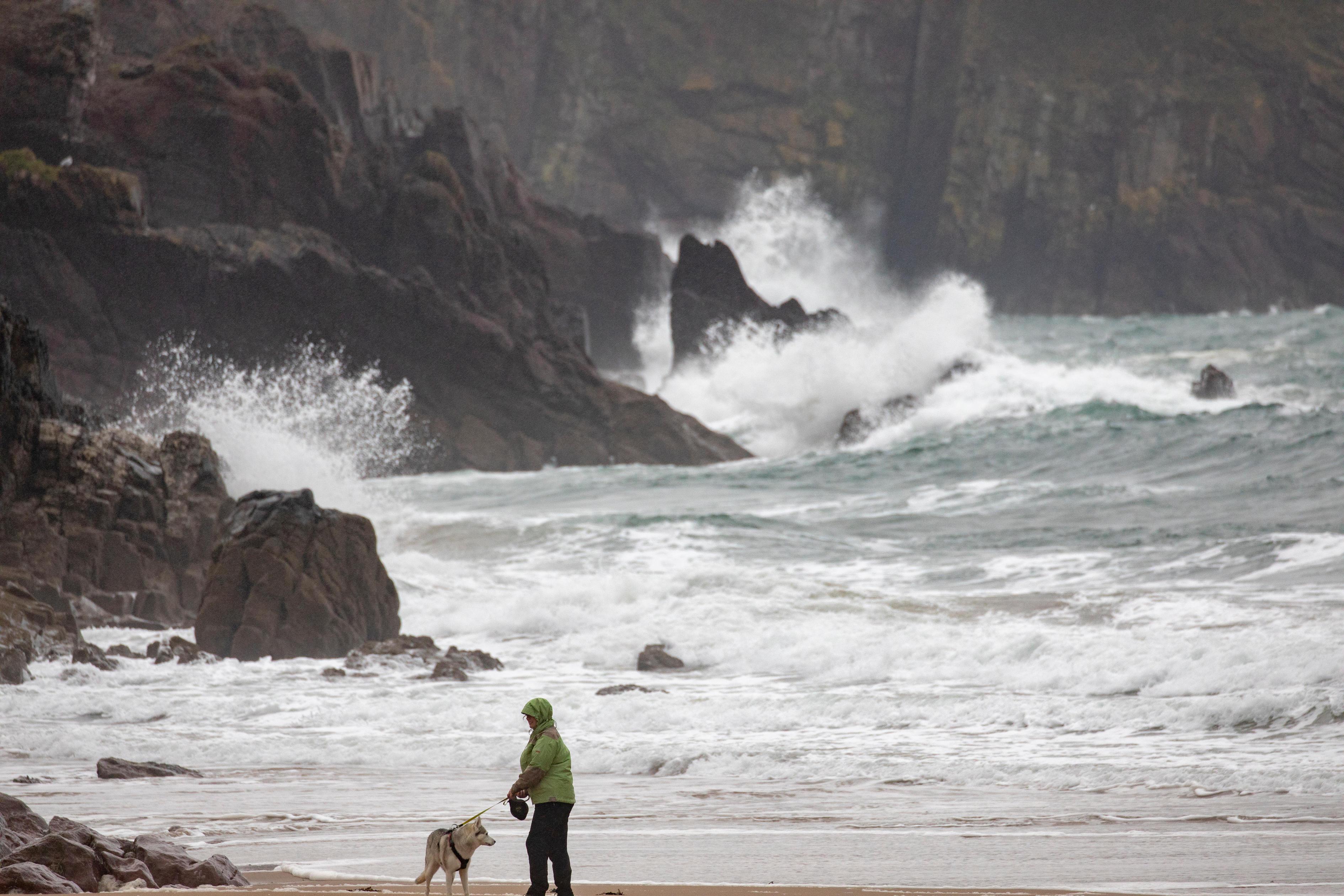 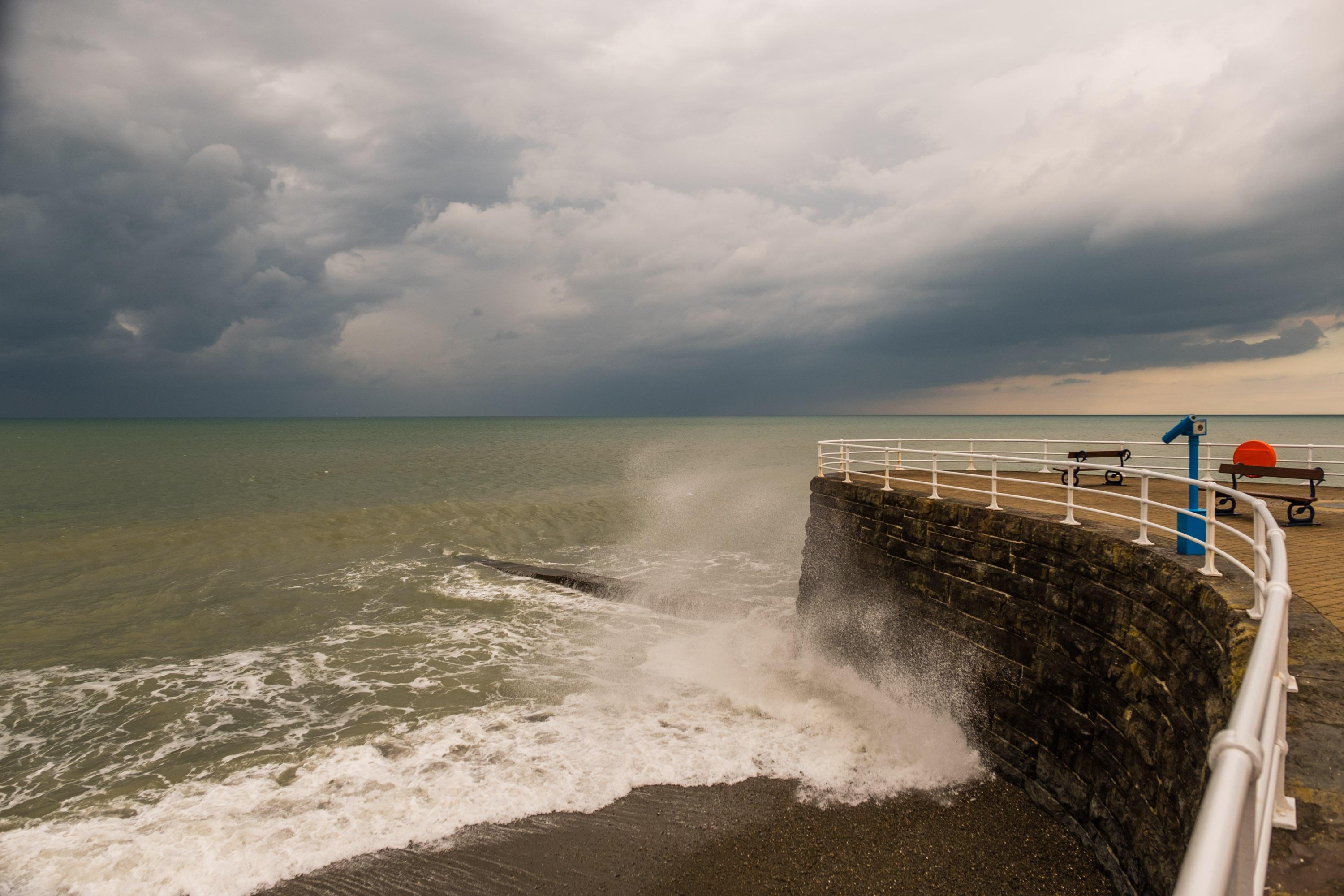 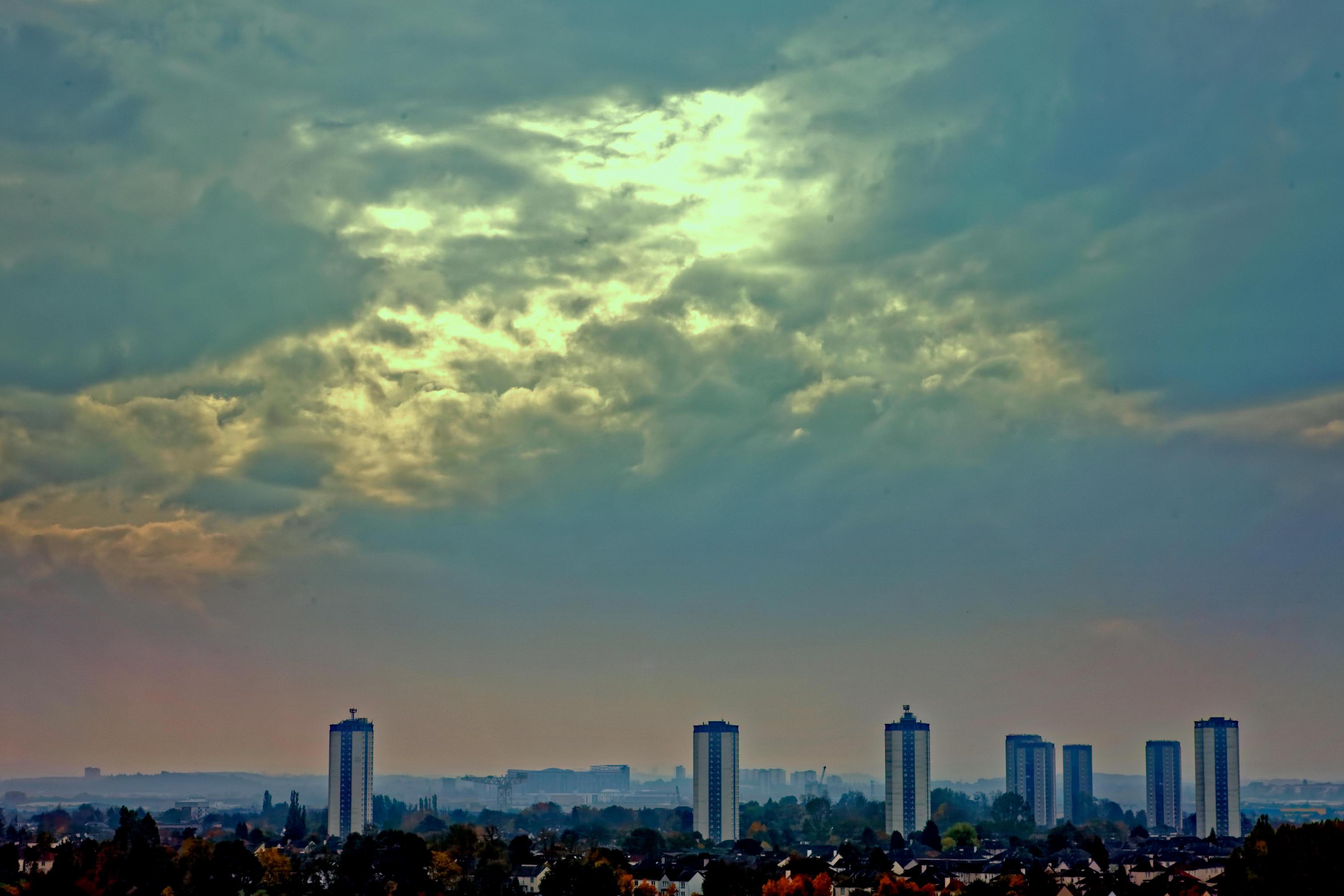 The amber warning remains in place until 6pm on Saturday, while the broader yellow rain and wind warnings that include parts of north-west and south-west England, western Scotland and Northern Ireland will remain in place until midnight on Friday.

Around 15mm of rain was recorded in just three hours in Whitchurch in Pembrokeshire this morning as the storm set in.

But rainfall totals could reach as high as 150mm over the Brecon Beacons, nearly as high as the monthly average of 170mm for Wales.

Windsor, the scene of Friday's royal wedding, looks set to escape the worst of the storm.

The wet weather is set to come on the tail-end of Tropical Storm Leslie — which is currently helping sweep up warm air from the Canary Islands to Britain.