THIS is the shocking moment a teen knife thug pulled out a giant machete outside a sixth form college in London.

Students looked on in horror as the blade-wielding lout ran towards a parked car and smashed it with the weapon outside Shooters Hill Sixth Form College in South East London. 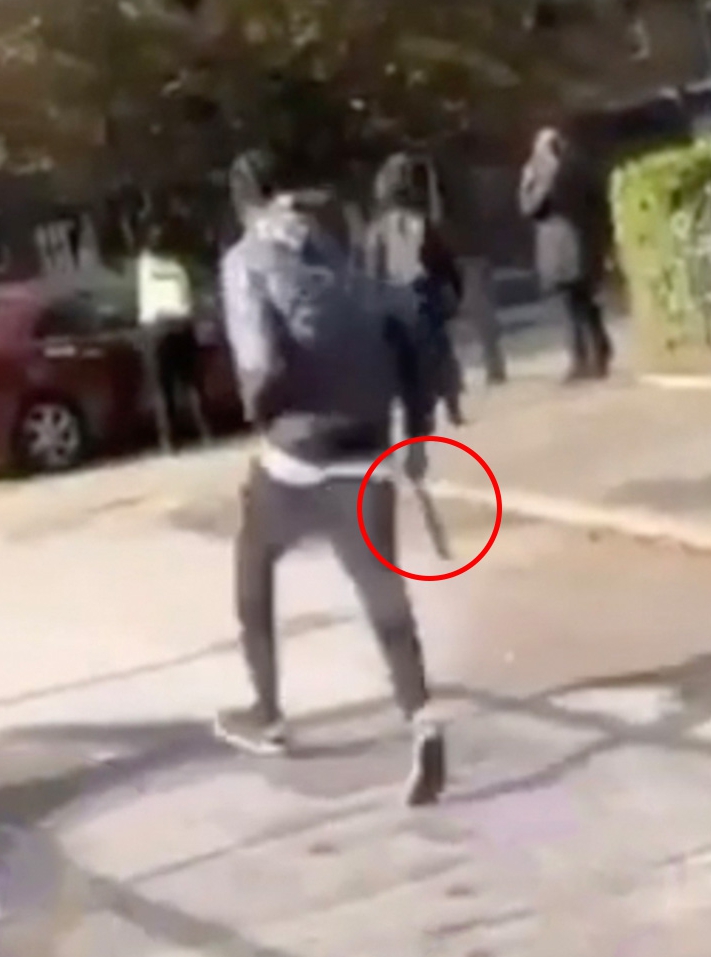 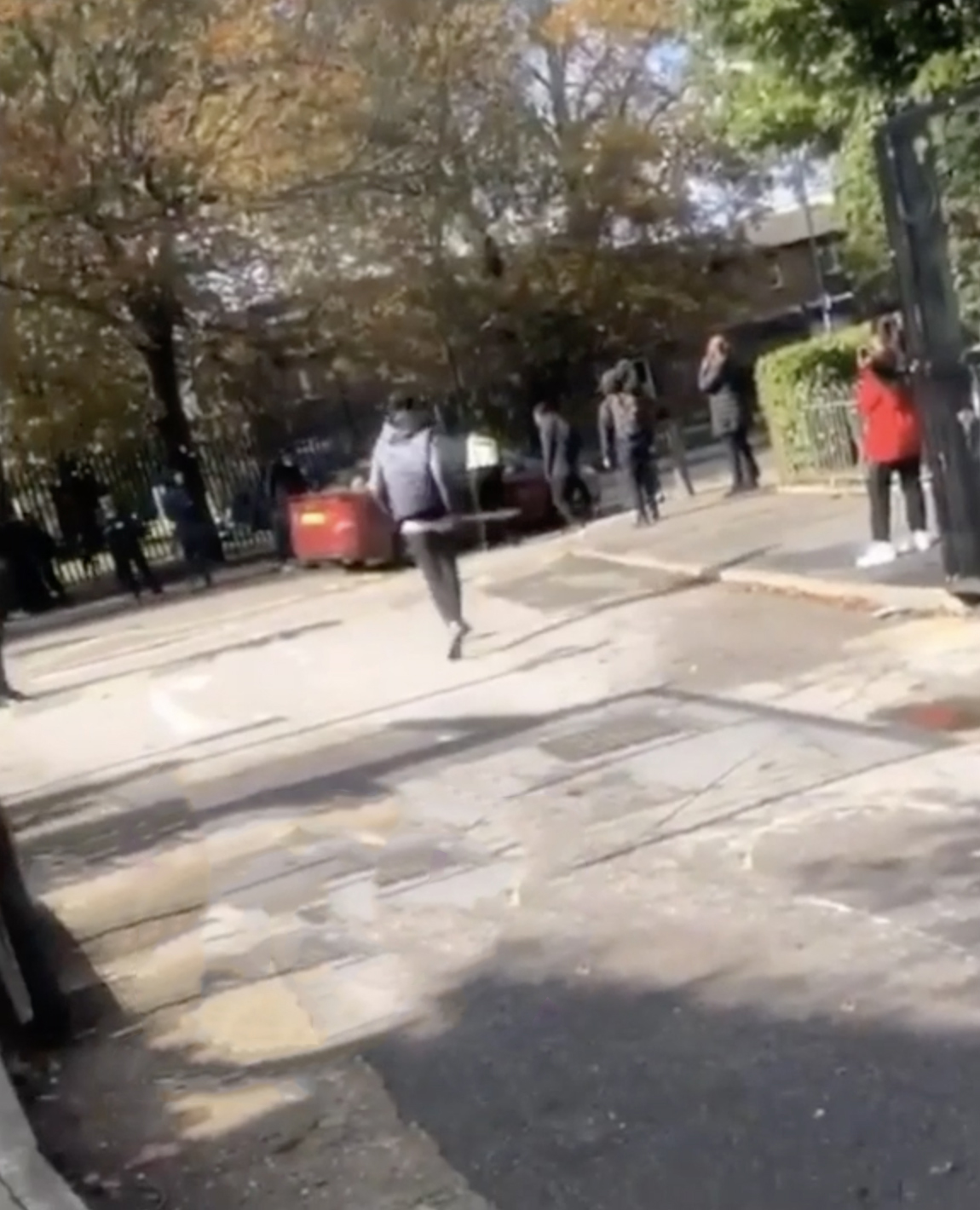 Police arrested two 16-year-old boys on suspicion of affray following the incident at around 1pm on Monday.

Footage shared on social media shows students call out in terror as a teen is seen running down the street with the giant knife.

He runs towards a stationary car before striking it with the blade.

The vehicle immediately races away before the video cuts out.

No-one is believed to have been injured in the incident and a police investigation is ongoing.

A Met Police spokesperson said: "Police were called at 12:54hrs on Monday, 5 October to reports of two males with a knife in Red Lion Lane, SE18.

"Officers attended. No injuries were reported.

"Two 16-year-old boys were subsequently arrested on suspicion of affray. They remain in custody.

"Enquiries into the incident are ongoing.”

Shooters Hill Sixth Form College has been contacted for comment. 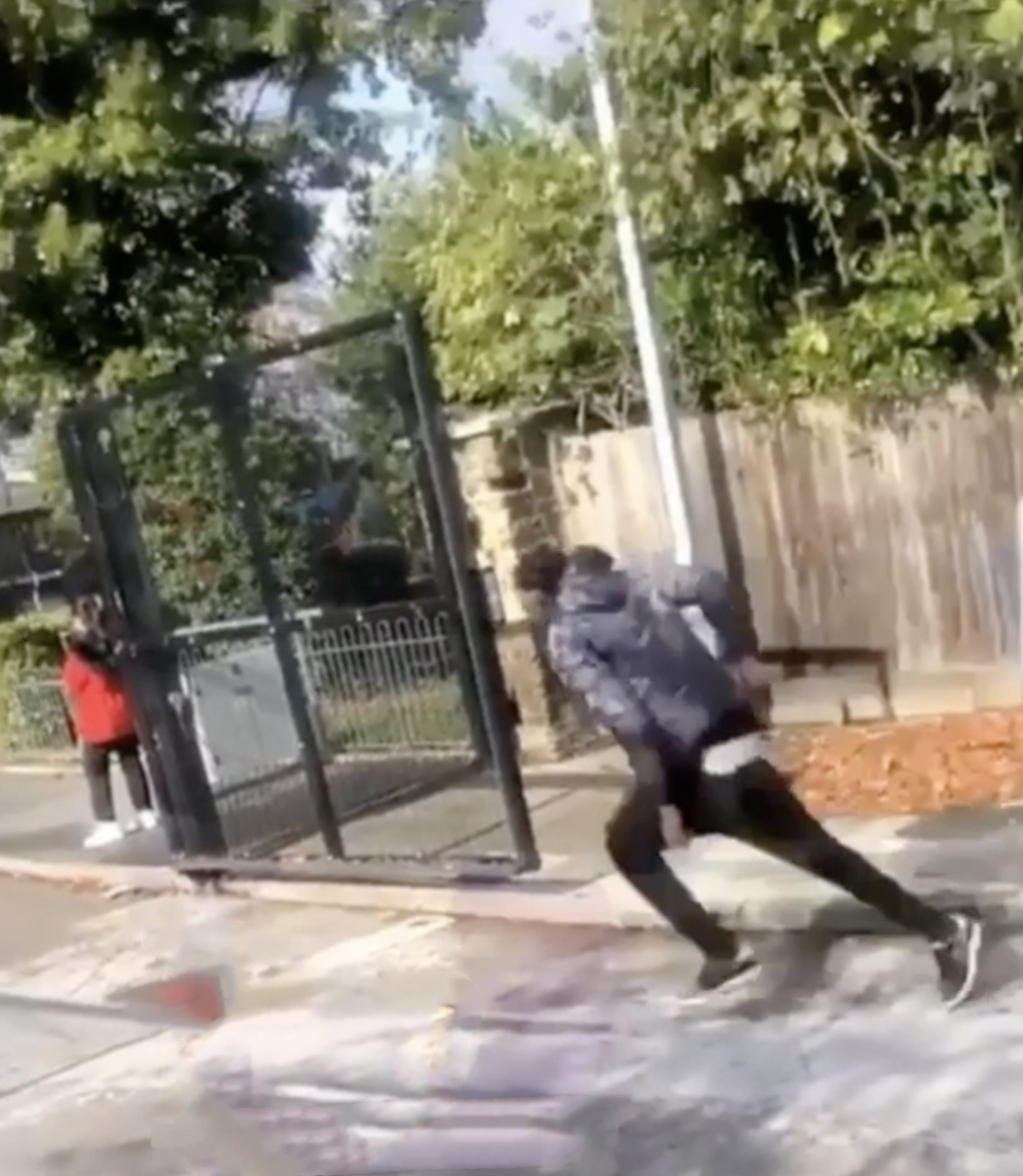 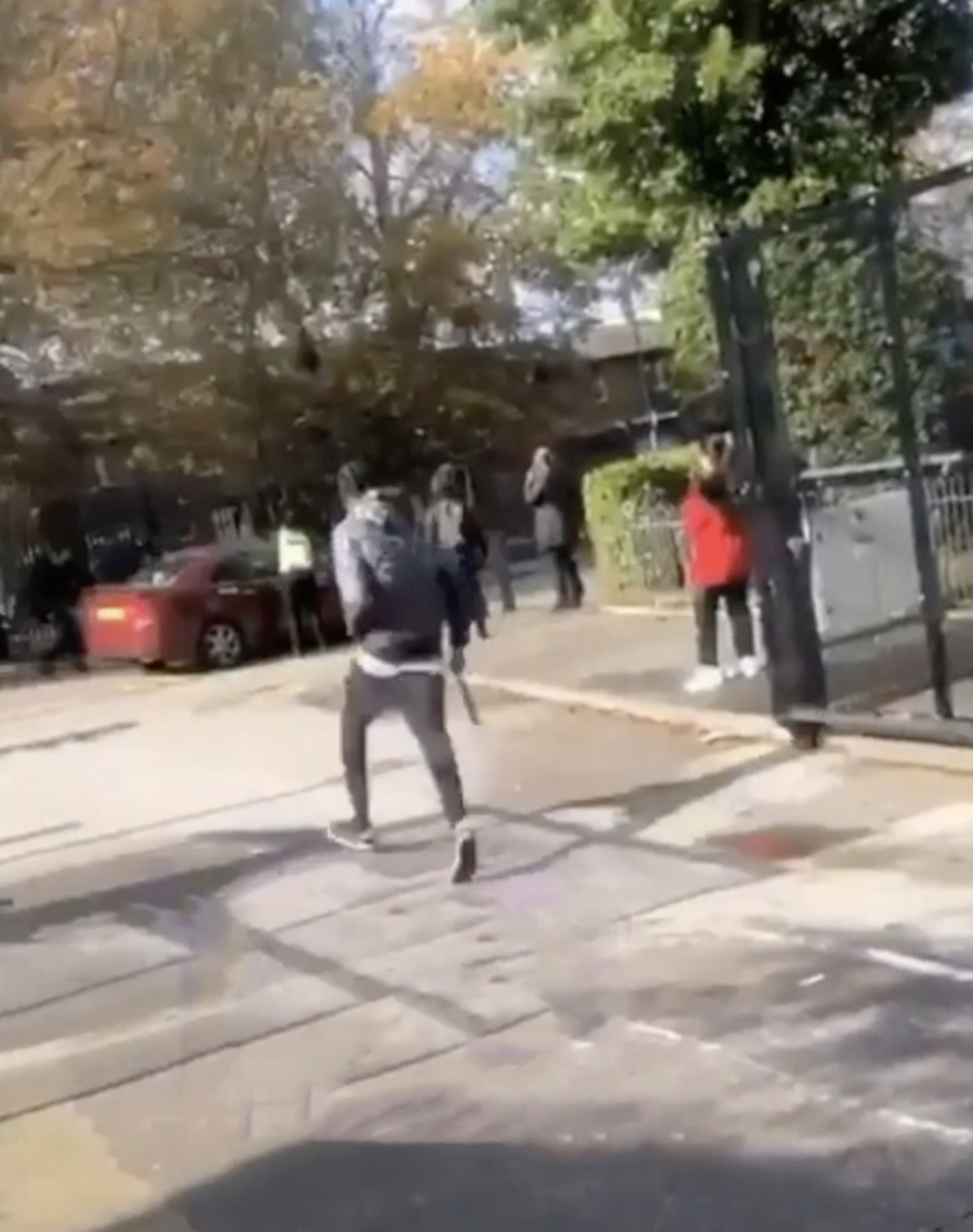 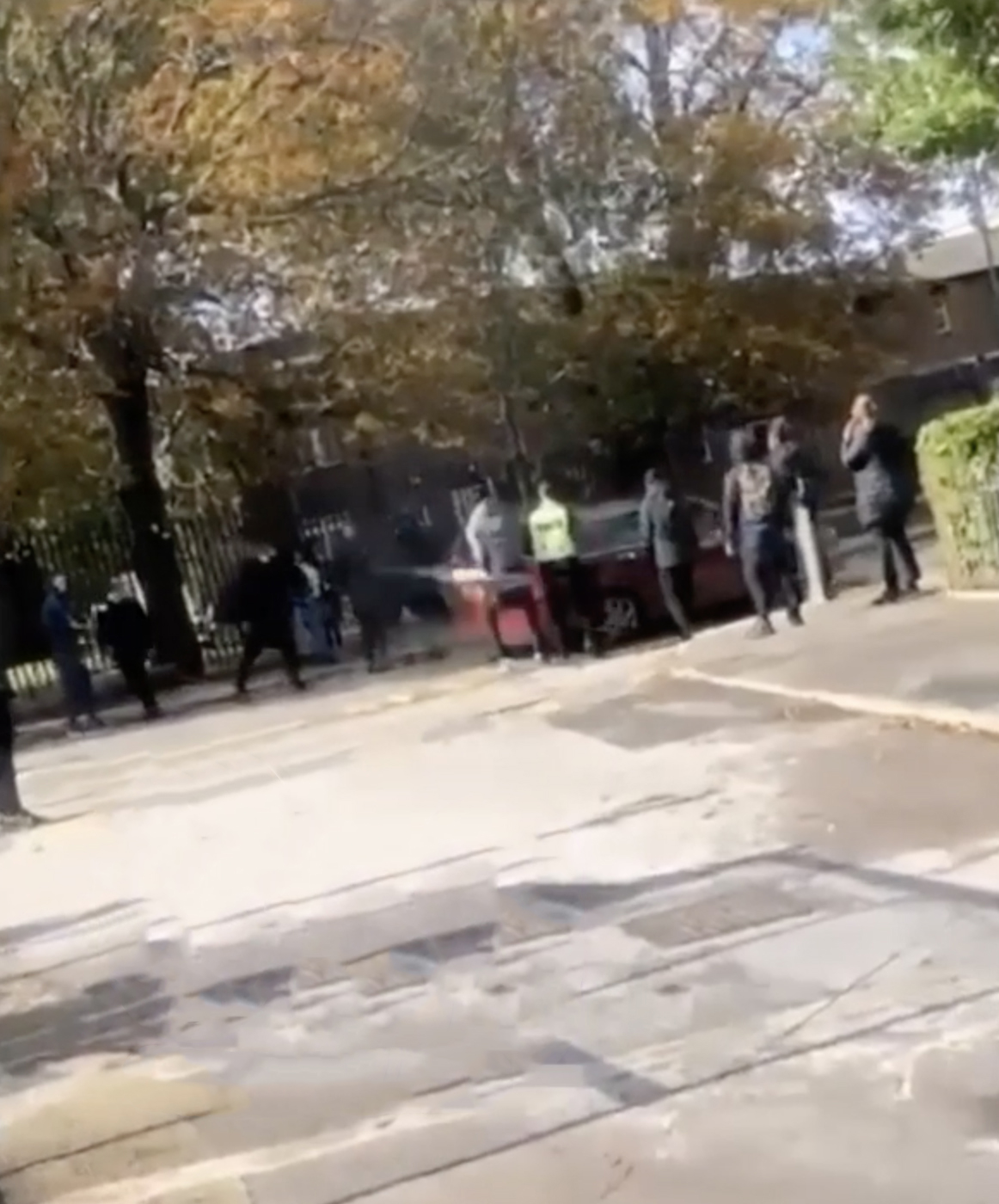