Disgusted locals threatened to phone the police after Lucy Briscoe-Rimmer, 20, forgot to take the paining down from her window sill before going away for the weekend. 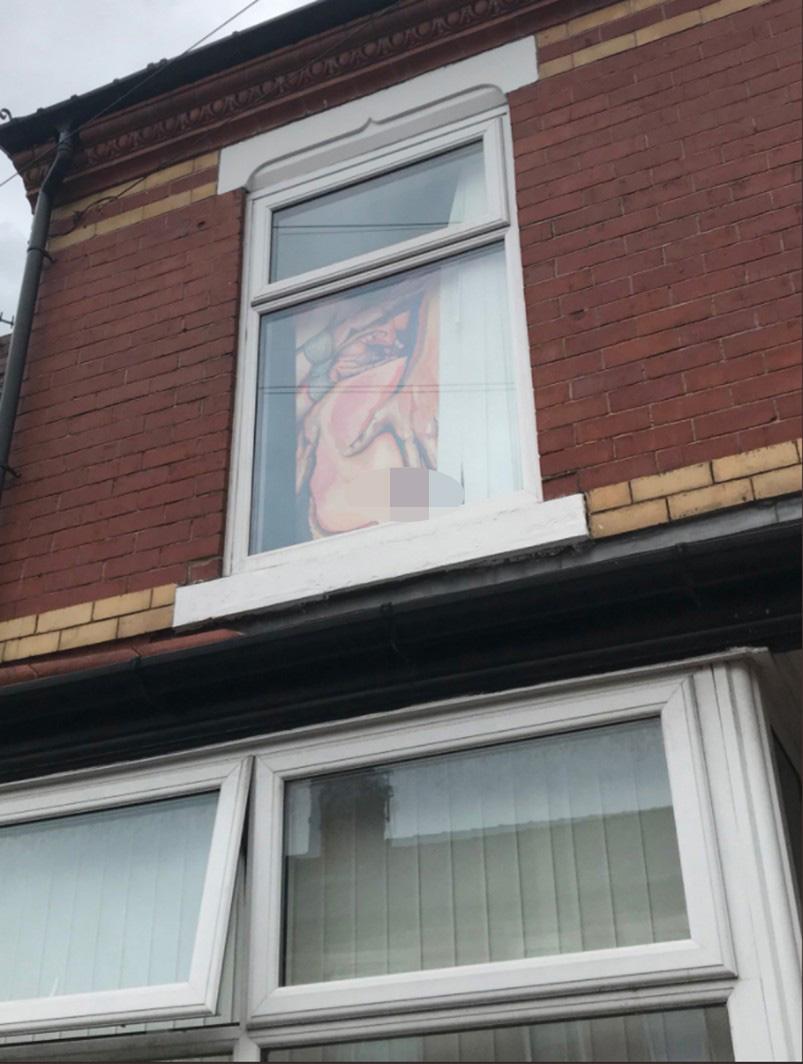 The painting, called "Double A*** Penetration", depicts a close-up view of a sex act in explicit detail.

Art student Lucy claimed her boyfriend put the sordid artwork in the window to block sunlight from entering her room.

But he then forgot to take it down before her trip to Boomtown festival in Winchester, Hamps, last weekend.

Her housemates were left to deal with a deluge of complaints from angry neighbours in Salford, Gtr Manchester — including one who threatened to call the police. 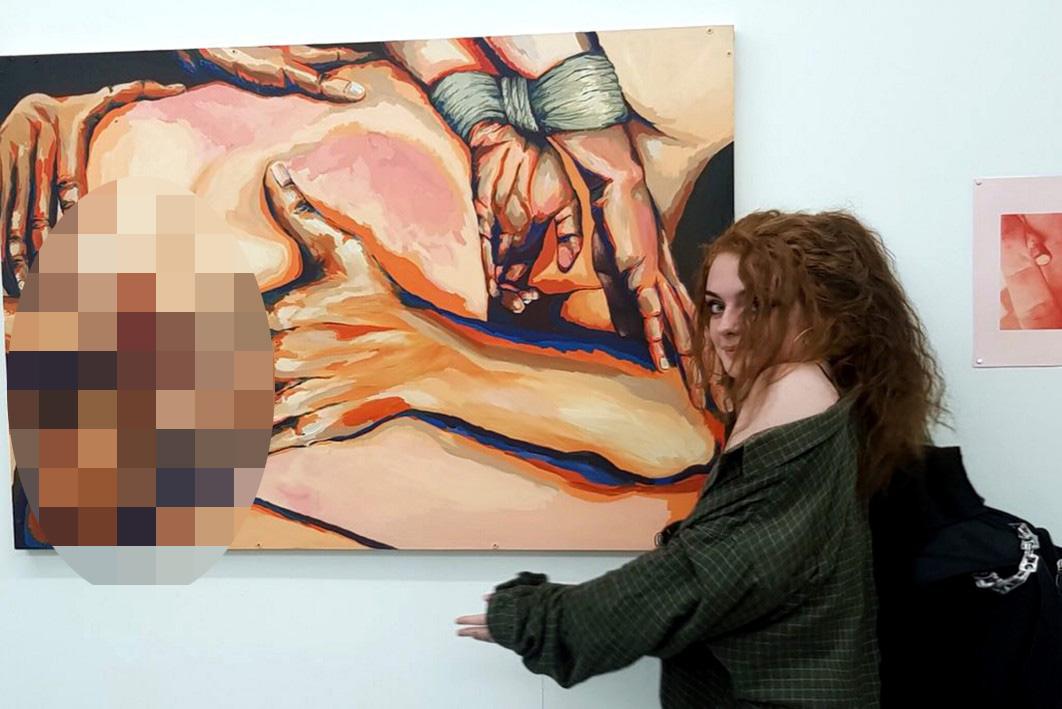 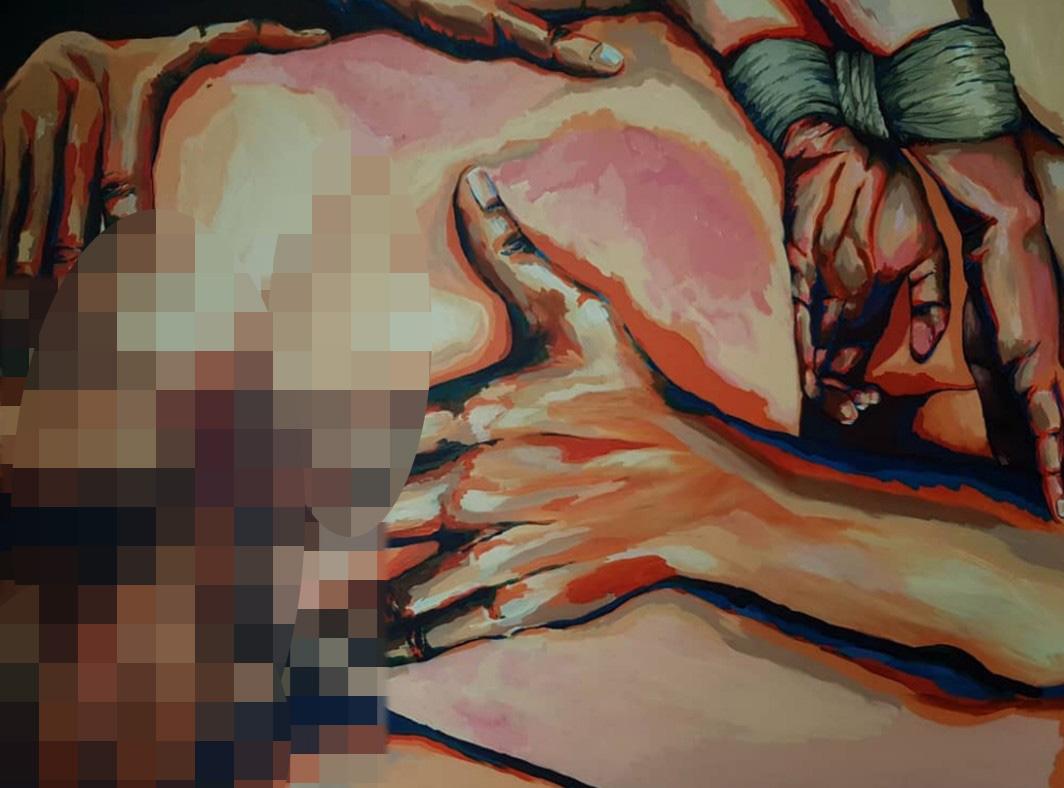 Lucy said: “I put the painting up to block the sunlight but my boyfriend opened the window before we left but forgot to turn the picture back.

"We didn’t even think about it”.

Housemate Morgan Fleur, 20, claimed she was unaware that the painting existed until getting furious complaints from other residents.

Morgan said: “I had knocks from neighbours saying they were going to get the police around.

"Obviously I understand people’s concerns but I only saw the painting today.

“As my room is on the ground floor, I didn’t see it until I was told about it.

“I didn’t think twice until I saw the note from our neighbour. The neighbours weren’t happy understandably.” 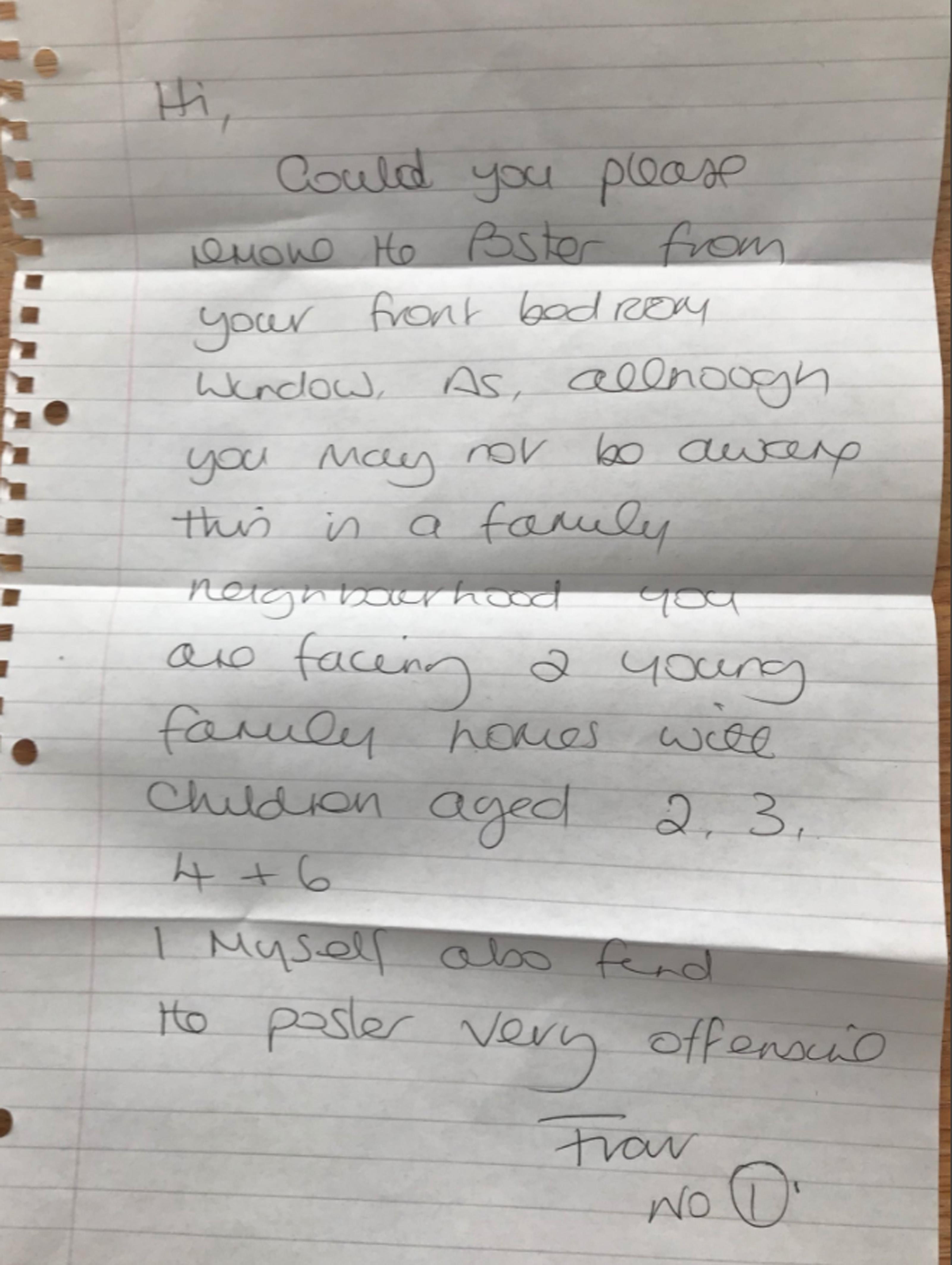 The note that Morgan received from "No 1" read: "Hi, could you please remove the poster from your front bedroom window.

"As, although you may not be aware this is a family neighbourhood you are facing two young family homes with children aged 2, 3, 4 and 6. I myself also find the poster very offensive."

After being alerted, Lucy's landlord entered her locked room and moved the painting out of sight.

But despite the outrage, the picture will soon go on display to the public.

It is due to be hung at the Antwerp Mansion gallery in Manchester — as Lucy wants to challenge "taboos" with art.

Lucy said: "The painting is going up in a gallery in September. It’s from my project at university where I focused on pornography in art.

"I wanted to present a taboo act and depict it in a traditional form of art.

“I know it shouldn’t be seen by children but at the end of the day it’s just art and my attempt to capture an important issue.”