Washington: Supreme Court nominee Brett Kavanaugh said he will testify at a Senate Judiciary Committee hearing on Monday to "clear my name" of an allegation that he sexually assaulted a girl more than three decades ago, putting pressure on his accuser to show up. 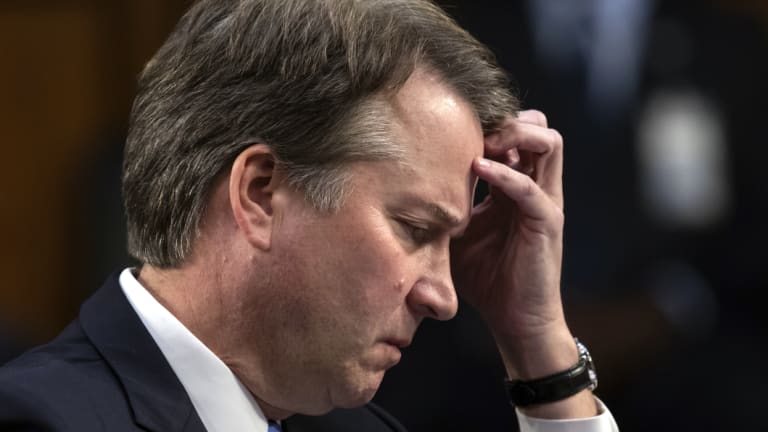 Supreme Court nominee, Brett Kavanaugh waits to testify before the Senate Judiciary Committee for the third day of his confirmation hearing, on Capitol Hill in Washington on September 6, 2018.

"I will be there" at the hearing, Kavanaugh said Thursday in a letter to panel Chairman Chuck Grassley.

A lawyer for the accuser, California college professor Christine Blasey Ford, told the committee earlier on Thursday it is "not possible" for her to appear on Monday. Lawyer Debra Katz said Ford would be prepared to testify later next week under "terms that are fair."

The move by Ford's lawyer sought to end a stalemate over the terms of testimony on her allegation that Kavanaugh sexually assaulted her at a house party in the early 1980s when both were teenagers.

Ford says that Kavanaugh was drunk at a house party in about 1982, and that he pulled her into a bedroom with classmate Mark Judge present then pinned her down on a bed, tried to remove her clothes and put his hand over her mouth to stop her from screaming. She said she was able to escape, but the Washington Post reported that she described the episode to a therapist in 2013 as a "rape attempt."

Kavanaugh denies any attack occurred, and Republicans have appeared poised to seek a confirmation vote as early as next week if she doesn't testify Monday.

Grassley's office didn't immediately respond on Thursday to queries on whether he'll agree to a delay, hold the hearing on Monday without Ford, or cancel it.

Kavanaugh said in his letter, "I continue to want a hearing as soon as possible, so that I can clear my name." He added, "Since the moment I first heard this allegation, I have categorically and unequivocally denied it. I remain committed to defending my integrity." 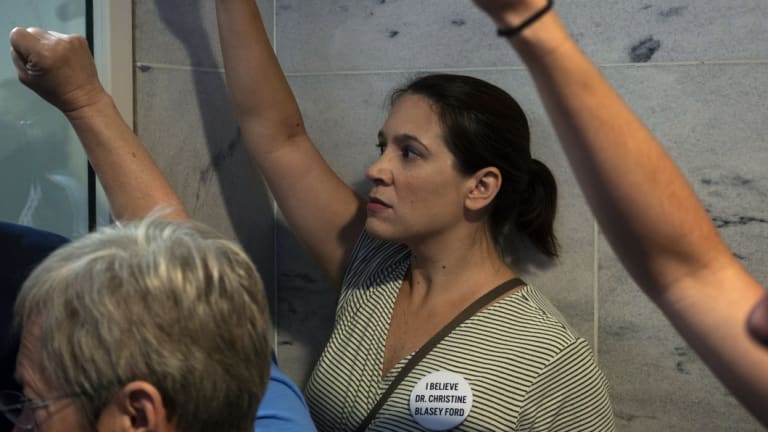 Demonstrators stand outside the office of Senator Chuck Grassley, the Republican chairman of the Senate Judiciary Committee, during a protest against Supreme Court nominee Brett Kavanaugh on Capitol Hill.

Democrats have demanded a delay in the hearing to allow time for the FBI to investigate Ford's claim. President Donald Trump has said he won't ask the FBI to reopen its background probe of Kavanaugh.

Katz wrote that Ford "wishes to testify, provided that we can agree on terms that are fair and which ensure her safety." Ford has received death threats and has moved her family out of their home, the lawyer said. Katz said in the email that it was Ford's "strong preference" to allow a full investigation before her testimony, though the lawyer didn't say whether Ford would insist on one.

Also on Thursday, Alaska Governor Bill Walker and Lieutenant Governor Byron Mallott announced they oppose Kavanaugh's confirmation, creating pressure on the state's Republican Senator Lisa Murkowski, a moderate who hasn't announced how she will vote. The GOP controls the Senate 51-49, meaning two defections in the party would defeat Kavanaugh if all Democrats vote no.

Walker and Mallot, running for re-election as independents, said in a joint statement that Kavanaugh's confirmation could jeopardise health care, labour laws and the Indian Child Welfare Act. They said a "thorough review" should be made of the allegations against Kavanaugh before a vote occurs.

Democrats in Washington sought to turn up pressure Thursday on the GOP for an FBI probe of Ford's allegation, recommending that she not testify on Monday under Republicans' current plan to hear only from her and Kavanaugh.

"She shouldn't be bullied into it," said Senator Kirsten Gillibrand, a New York Democrat, at a news conference with alumna from Holton-Arms, the private girls' school Ford attended at the time of the alleged attack more than three decades ago. "She's not asking for extraordinary measures, she's asking for basic fairness."

Grassley, an Iowa Republican, told Democrats on the committee Wednesday that he had no further patience for delays in Kavanaugh's confirmation process.

"There has been delay and obstruction of this process at every turn and with every argument available," Grassley wrote. "Therefore, I will view any additional complaints about the process very skeptically."

To contact the editors responsible for this story: Joe Sobczyk at [email protected], Laurie Asséo