Home » World News » Surfers get on board for beach rescue program

Hundreds of surfers have undertaken rescue training to save drowning swimmers as concerns rise about a potentially deadly summer on Victoria’s beaches.

Surfing Victoria is urging more board riders to sign up for the course ahead of what is expected to be a busy summer along the coast as Melburnians shake off months of lockdown. 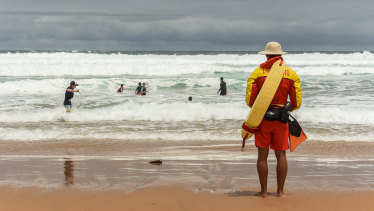 Cape Woolamai beach where two people drowned in just over a week. One on Christmas Day and another on New Year’s Day two years ago.Credit:Justin McManus

In the past 18 months at least 900 surfers have completed the course, which was moved entirely online during the pandemic. Face-to-face training will resume at the end of November.

Surfing Victoria chief executive Adam Robertson praised the work of Life Saving Victoria but said many beaches were unpatrolled, even during the summer holidays.

“Typically surfers surf everywhere, in particular more remote breaks and at all hours of the day,” he said. 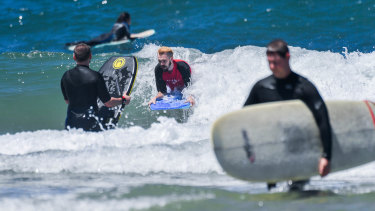 Crowds flocked to Torquay beach on Monday as the ring of steel came down. Credit:Joe Armao

Surfers learn how to use their own surfboard or bodyboard to rescue people struggling in the water without compromising their own safety. They also learn basic cardio-pulmonary resuscitation (CPR).

Surfing Victoria hopes that trained surfers will feel empowered to offer help and prevent drownings. Data gathered by the association showed that 61 per cent of surfers felt confident conducting a board rescue after completing the course, compared to 34 per cent beforehand.

“With any form of knowledge comes a level of confidence,” Mr Robertson said.

He said he conducted six rescues himself last summer while surfing at Torquay, nearby Point Danger and Bells Beach. All of them were beginner surfers who had found themselves in trouble. 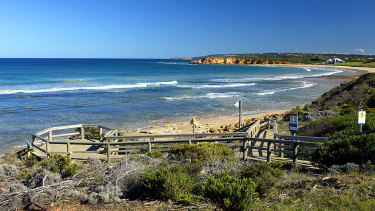 He said surfers conducted up to half of all ocean rescues throughout the year, although many were untrained.

Beyond anecdotal reports, Mr Robertson said there was little official data about rescues that surfers carried out.

Latrobe University is now beginning a 12-month study on the involvement of surfers in ocean rescues.

There were 56 drowning deaths in Victoria during 2018-19, with 41 per cent of those fatalities occurring in bays, beaches or oceans, according to Life Saving Victoria.

The drowning report showed that lifesavers and lifeguards performed 630 rescues on average per year in the decade to 2017-18.

Surfing Victoria expects the global pandemic will change the way Victorians use beaches this summer with some people likely to choose less busy times such as sunrise or sunset. 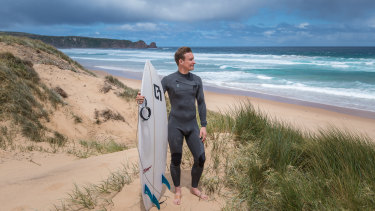 Phillip Island surfer Sandy Ryan was part of a rescue effort to save people drowning at Cape Woolamai in 2016Credit:Justin McManus

In 2016, Island Surfboards manager Sandy Ryan was involved in a mass rescue effort at Cape Woolamai, which is among Victoria’s most dangerous beaches. He performed CPR on a woman who later died. Another man also drowned that day after seven people had to be pulled from the water.

“We were trying our best but they had been underwater for a long time,” he said. “Even though it wasn’t a big swell, Woolamai is so unpredictable and treacherous.”

Mr Ryan had gone to the beach for a quick surf at dusk when he saw the swimmers in trouble. The life saving club had packed up for the day but some life savers stayed back to surf and were rushing to save the swimmers.

He often wonders what might have been had he arrived at the beach 20 minutes earlier.

“You wish you could have been there just to talk them out of going in the water,” he said. “It really hit home with the other members of the family and friends on the beach absolutely distraught.”

Mr Ryan has previously completed training in water rescues and CPR through his work as a surfing instructor. But he urged other surfers to undertake the Surfing Victoria course to give them the confidence to help drowning swimmers.

Mr Ryan expects many more people will be travelling domestically and potentially overlooking the dangers posed by some beaches.

“When people are relaxed they’re potentially not paying as much attention to the risks or dangers.”

A spokeswoman for Life Saving Victoria said the surfing program complemented life-saving patrols. She confirmed there had been 13 drowning deaths at beaches on the Bass Coast in the past decade while lifesavers at Woolamai Beach Surf Life Saving Club performed 282 rescues in that time.