A Chinese teenager girl in a vegetative state has given birth to a healthy daughter.

The 18-year-old mother, named by local media as Xiaoying, was knocked into a coma in a traffic accident last October when she was more than 20 weeks pregnant.

She was in a vegetative state when doctors in eastern China’s Zhejiang Province delivered her baby via a Caesarean section a month and a half later.

The new mother reportedly re-gained consciousness on Sunday and has been introduced to her daughter through photos. 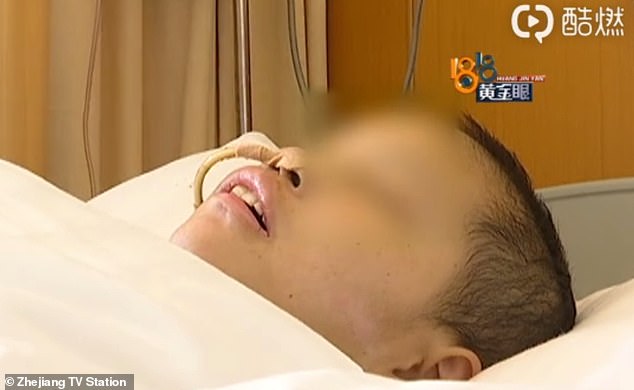 Xiaoying (pictured) was in a vegetative state when doctors in eastern China delivered her baby via a Caesarean section in December. She had sustained severe brain damage in an accident 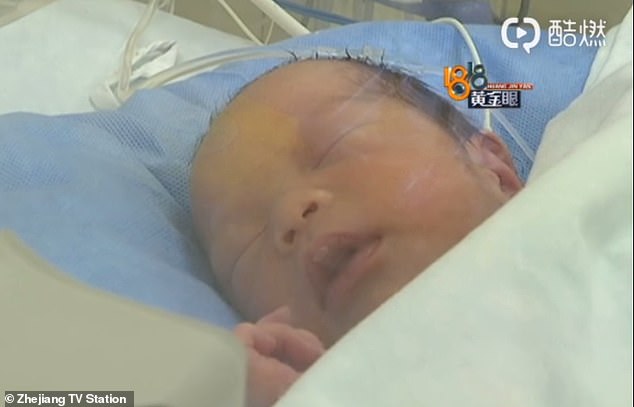 The baby girl was born at nearly 36 weeks old and weighed less than two kilograms (4.4 pounds). Speaking to Zhejiang TV Station, a doctor regarded the birth of the child ‘a miracle’

The baby was born on December 12 at nearly 36 weeks and she weighed less than two kilograms (4.4 pounds) at birth.

Her mother had sustained severe brain damage after being hit in a traffic accident in the city of Yiwu on October 24. She was said to be 26 weeks pregnant at the time.

Fortunately, her baby bump wasn’t hit during the accident.

The newborn baby is yet to be named, but doctors and nurses at the Fourth Affiliated Hospital of Zhejiang University School of Medicine are calling the girl ‘little strong will’ for she had defied the odds to come to the world safe and sound.

Dr. Yuan, a head paediatrician at the hospital, regarded the birth of the baby ‘a miracle’.

Dr. Yuan said because of Xiaoying’s vegetative state, her baby ‘suffered from a significant shortage of nutrition’ while staying in her mother’s womb.

‘Moreover, the environment of the (patient’s) uterus had undergone significant changes under the impact of medical treatment, such as X-ray scans,’ Dr. Yuan told Zhejiang TV Station.

‘We had feared that those factors could have affected the growth of the baby negatively.

‘But surprisingly, she had overcome all the obstacles and grown to be very healthy.’ 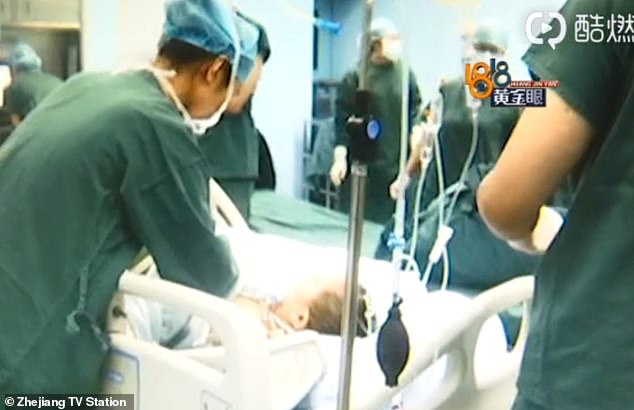 The baby was delivered via a C-section on December 12, five days after the teen’s water broke 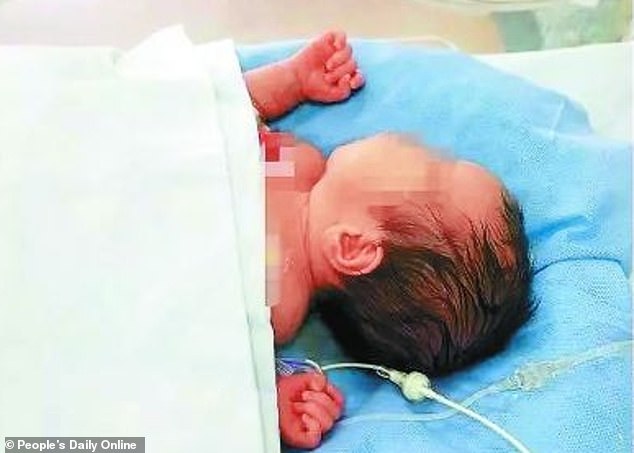 The baby, nicknamed ‘little strong will’, is said to have ‘particularly loud and powerful’ cries

Doctors had initially hoped her to deliver the child naturally. But after failing to induce the labour, doctors decided to carry out their backup plan, which was a C-section.

The mother was pushed into the operating theatre around noon on December 12 and the baby was born shortly after. Her cries were said to be ‘particularly loud and powerful’.

Dr. Yuan rated 10 out of 10 for the baby’s health, saying she was full of vitality.

The baby’s father told Zhejiang TV from a hospital corridor: ‘I am quite happy that the child was born.’

‘I have become a father. I was not in a good mood, but now I feel a bit better knowing the child was born healthy.’ 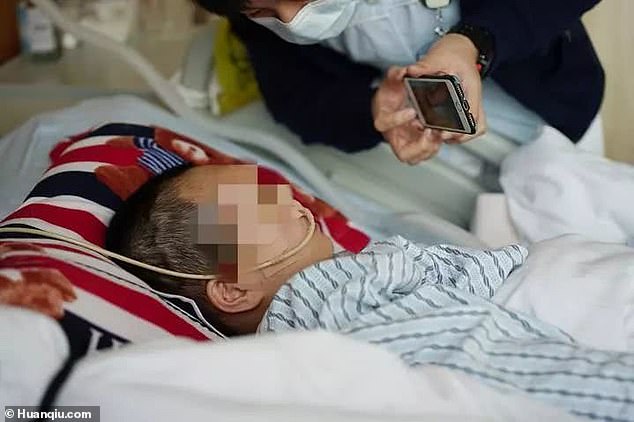 According to an updated report from Qianjiang Evening News, Xiaoying has regained her consciousness about 90 days after the accident.

A nurse said Xiaoying started to respond to her when she called her name by her hospital bed on Sunday night.

The mother can now eat soft food and have simple conversation with her carers. Although she is yet to meet her newborn daughter, a nurse has introduced her to the baby by showing her pictures of the girl on a mobile phone.

A video released by Qianjiang Evening News shows the nurse asking Xiaoying ‘is your baby beautiful’ and Xiaoying answering ‘yes’.

Doctors said Xiaoying was making progress every day and she shouldn’t have any problems looking after herself and her family when she fully recovers.