This is the shocking moment a time-wasting teenager sparked traffic chaos and forced the emergency services to close a road when he faked a motorbike crash.

Police, ambulance and fire crews headed to a road in the Nottinghamshire town of Mansfield after a worried driver called 999 after spotting the teen lying in the road.

The biker from Chesterfield, Derbyshire pretended to be unconscious but was caught by security cameras which captured his faked crash in the early hours.

The footage taken on May 1 shows him wheeling his bike into the road by two lit bollards before lowering it to the ground just before 1.15am.

He then lies underneath it and pulls the bike on top of him. Two minutes later a car is seen stopping and the driver sprints to help the biker before dialling 999. 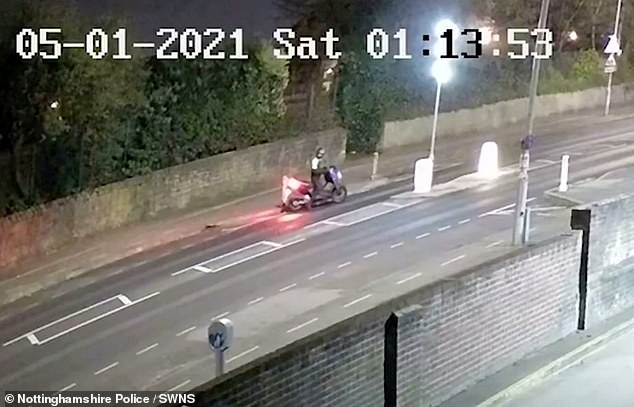 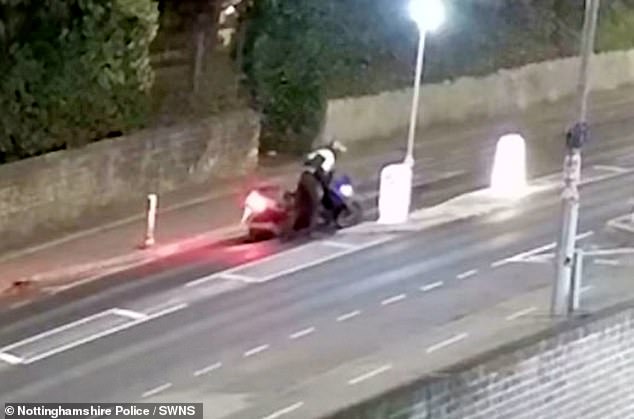 The teenager then lowers his motorbike to the ground just before 1.15am in Mansfield 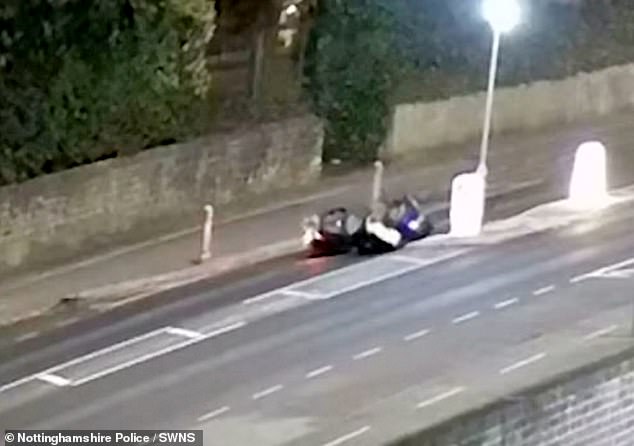 Bizarrely, the teenager then lies underneath the motorbike and pulls it on top of him

Emergency crews headed to the scene and the youngster pretended to slip in and out of consciousness.

He also told medics he could not feel his legs or the right side of his body and was rushed to hospital with ‘life-altering injuries’.

When police quizzed him and he was confronted with the damning CCTV, he admitted he had faked the crash and was slapped with a fixed penalty notice.

Nottinghamshire Police released the footage in a bid to deter others from wasting the time of emergency services.

PC Gareth James, who investigated the incident, said: ‘This was perceived as a very serious incident when reported and has wasted hours of staff hours across three agencies. The seriousness of his actions should not be underestimated. 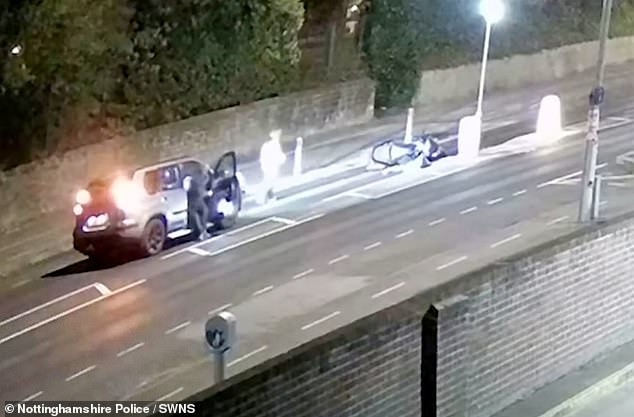 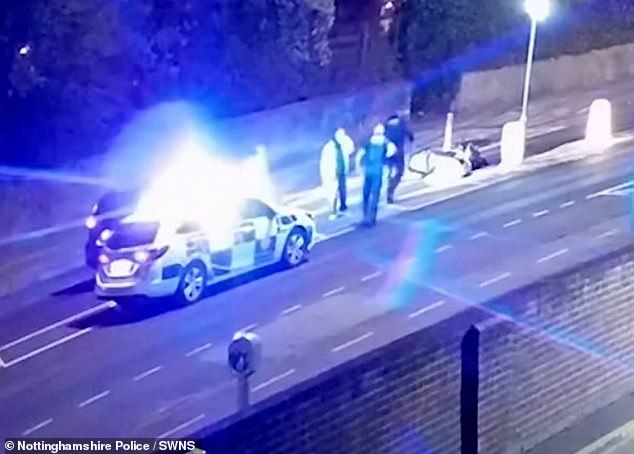 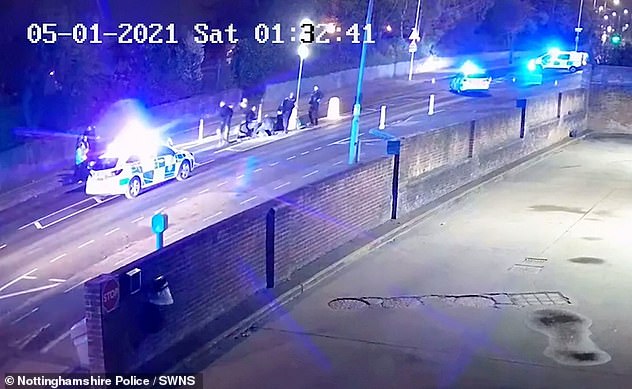 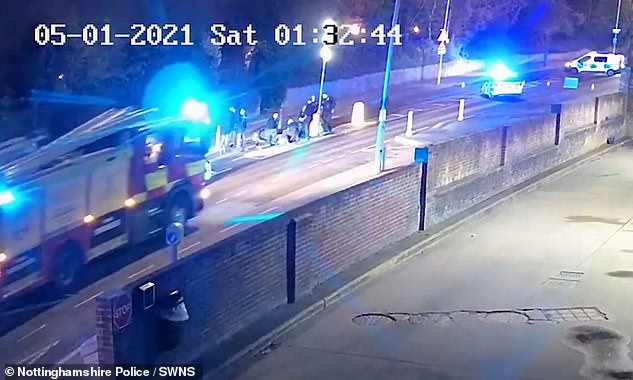 ‘This could have resulted in delayed responses to those actually in need and could have had severe consequences for those requiring urgent assistance.

‘Not only that but due to the teenager lying down in the middle of the road, he could have easily been hit by another vehicle causing danger to himself.

‘It is right that he was prosecuted for wasting emergency services time. He received a fixed penalty notice which has now been paid.’

Bryn Coleman, area manager of prevention and protection at Nottinghamshire Fire and Rescue Service, said: ‘Wasting emergency services’ time is a serious and dangerous issue. They put both members of the public and firefighters at risk.

‘Firefighters around Nottinghamshire spend hours trying to tackle unnecessary incidents, including deliberate fires, taking them away from other emergencies.