Cruel Russian mother ‘turned her daughter, 14, into skin and bones by convincing her she was suffering from cancer and diabetes – and only starving herself would bring a cure’

A Russian mother has been accused of murdering her teenage daughter by convincing her she was suffering from cancer and diabetes – and that starvation was the only cure.

Viktoria Demiyanova, 14, weighed less than 5 stone (30kg/66lbs) when she died in her home in Krasnokamsk, Perm, Russia.

Prosecutors claim her mother Oksana Demiyanova, 37,  told the perfectly healthy teenager that she was gravely ill and refused to feed her. 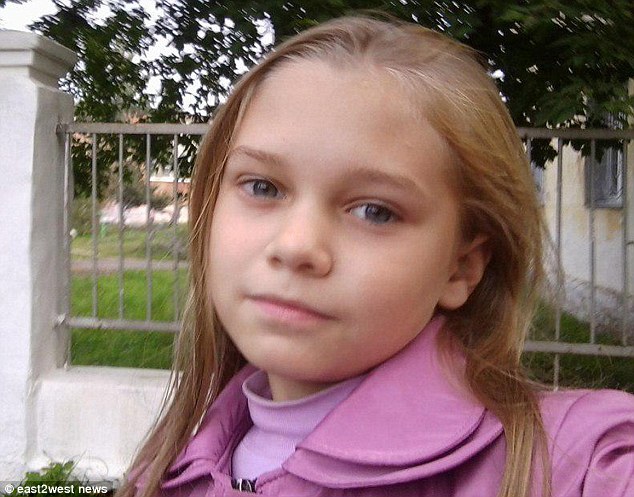 Tragic: Viktoria Demiyanova, 14, from Krasnokamsk, Perm, Russia, starved to death – allegedly after her mother refused to feed her

School friends of Viktoria told a local newspaper that they had begun noticing the teenager ‘seriously losing weight’ by the end of the school year in May.

One said: ‘She was like skin and bones. She looked anorexic but was being starved at home.’

Viktoria told her friends she was suffering from cancer and diabetes – ‘this is what her mother made her believe’, said a friend.

Detectives insist there was no such medical diagnosis, and that apart from severe malnutrition, the teenager was healthy.

Nadezhda Romashova, whose daughter Anastasia was a classmate of Viktoria, said: ‘It was the girl’s mother who diagnosed her with cancer and diabetes —and persuaded that starvation would help her recover. Heartbreaking: The bright student weighed less than 5 stone (30kg/66lbs) when she died in her home in Krasnokamsk 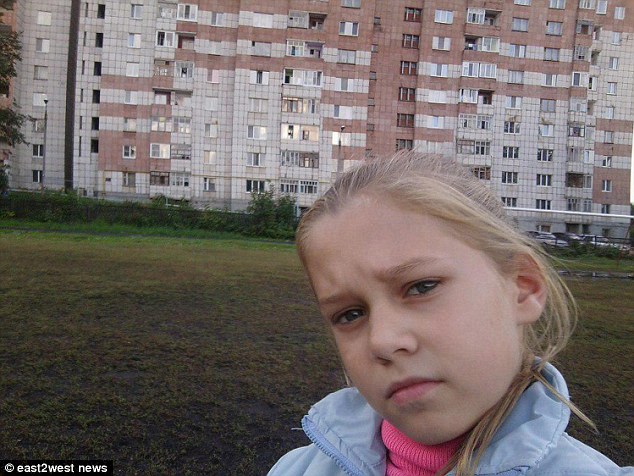 Cruelty: Her mother had reportedly convinced her that she was suffering from both cancer and diabetes – and that the only way to cure her illness was through starvation 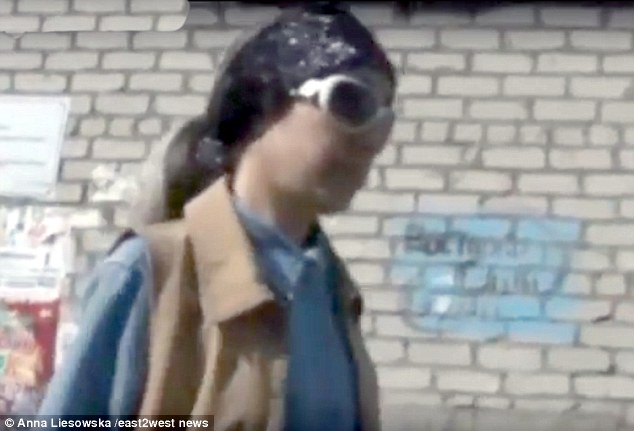 Evil: Oksana Demiyanova, who has been charged with her daughter’s murder, claims the teenager was anorexic and had refused to eat

‘We noticed in May that she was losing weight, and hardly moving.

‘We thought it was because of exam stress — and we lost the sight of it. Two and a half months later and the child is gone.’

Her daughter Anastasia said: ‘When her mother came with her to meet teachers she said that it was enough to eat once or twice a week’

Anna Vechtomova, mother of another school friend, said: ‘We know that [Oksana] fed her only twice a week.

‘Viktoria could not even speak because she did not have enough strength. It is just horrible.’

A local newspaper reported that a friend of the family had said Viktoria’s death certificate said stated died from ‘extreme atrophy’ – emaciation. 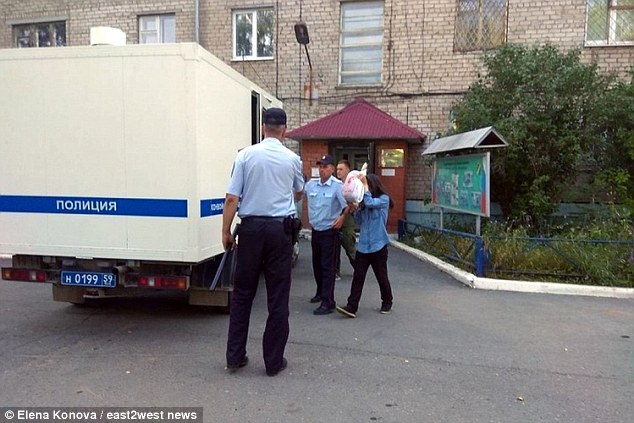 Taken in: Mother Oksana Demiyanova is seen being arrested by police in Perm

A neighbour, who would only give her first name Galina, said: ‘This girl died from hunger, can you believe it?

‘I saw her in the open coffin. It was surrounded by her teachers, one of them collapsed in hysterics and an ambulance had to be called.

‘The girl’s friends from school were standing here too and crying.

‘The mother was not crying. She was silent and just looked at the coffin.’

Another neighbour said: ‘This woman Oksana has always been strange.

‘She would never say hello. She always wore a scarf and dark glasses, and looked down.

‘Her daughter was kind and polite. She had many friends but the mother never allowed them into the flat.’

Other residents of her apartment block said the mother scolded the girl if she did not get her usual top marks at school.

The mother was warned by teachers about her daughter’s weight loss but the mother was only interested in the child’s academic performance, it was reported. 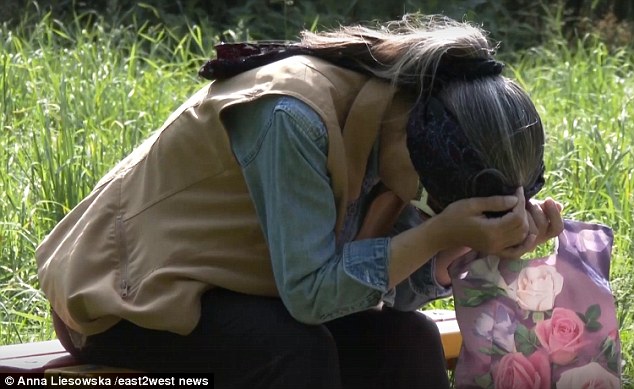 Different story: Ms Demiyanova spoke to local news before her arrest, claiming she had refused to take her daughter to a hospital because she feared she would be taken from her

Before being detained and charged, Viktoria’s mother denied the claims against her.

She said: ‘It all began about two months ago when some friend told her she was fat.

‘She took it in a very emotional way. I persuaded her to eat but she had very little.

‘We did not turn for medical help – hoping the situation would improve the time.’

She claimed: ‘What is written about me is not true. I loved my daughter.

‘She stopped eating herself, I persuaded her to eat. I don’t know what the problem was. 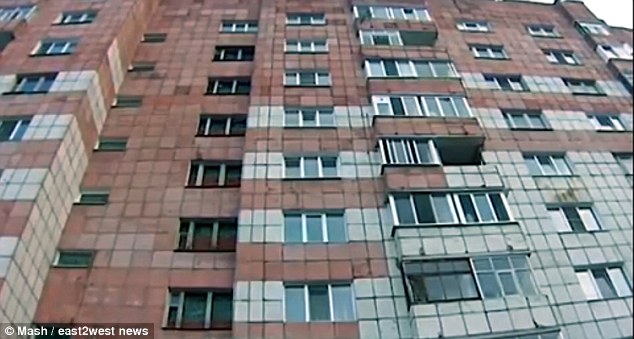 Neighbours in the apartment block where the teen and her mother lived, pictured, have been accused of not reporting the child’s plight to police

‘I was afraid to turn to authorities for help because I feared that they would take my daughter to an orphanage.

‘I did have money for food. Then she fell ill. I did not want to send her to the hospital because you know how doctors would treat her there.

‘She is just someone else’s child for them. I was sure I could manage myself.’

Ms Demianova refused to reply when asked why she told her child that she had cancer and diabetes.

The law enforcement authorities rejected her explanation, reclassifying the case from negligence to ‘cruel murder’ with one of Russia’s top detectives taking charge of the case.

‘The child was asking for food and they did not report it to the local police.

‘There are also questions to be answered by the girl’s school teachers.’

Perm region governor Maxim Reshetnikov has ordered an investigation into how the case was handled by the school and local child care authorities.