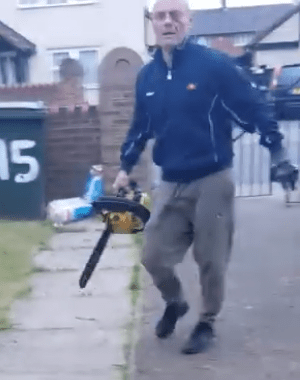 Dramatic video shows Palmer striding towards the mum-of-one with the saw roaring into action as she runs and cowers behind a garden fence.

The clash unfolded minutes after Jessica brawled with her neighbours during chaotic scenes that saw the two women screaming as they wrestled on the ground.

Clips, posted on Facebook, show the violence erupting in a front garden with both fighters attempting to throw a frenzied flurry of punches and grabbing at each other’s hair.

Despite the best efforts of friends the clash spills out onto the street when Jessica races after her opponent. 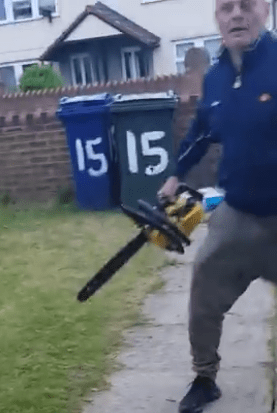 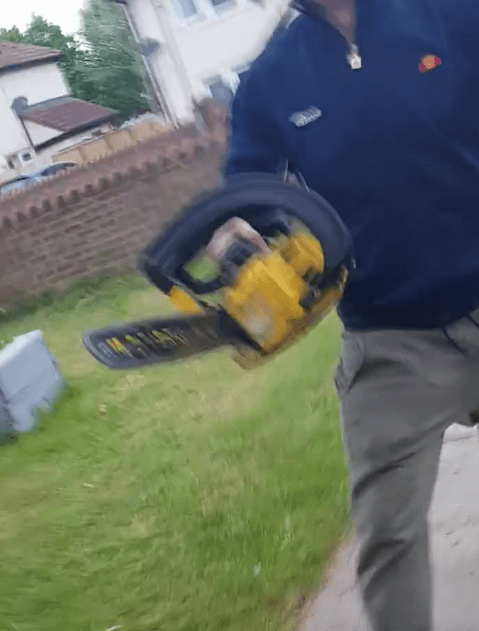 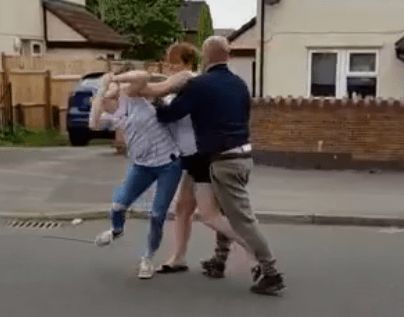 The women ignore the screams of children and continue to attack as others watch on.

Palmer and another man, who had originally tried to separate the fighters, are then caught up in the clash with both throwing punches at each other.

Eventually the violence subsides and the parties are separated. 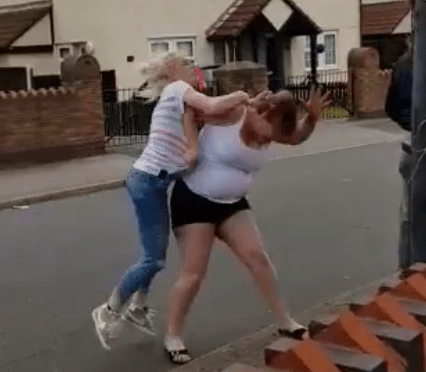 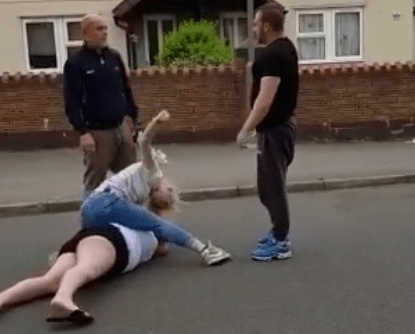 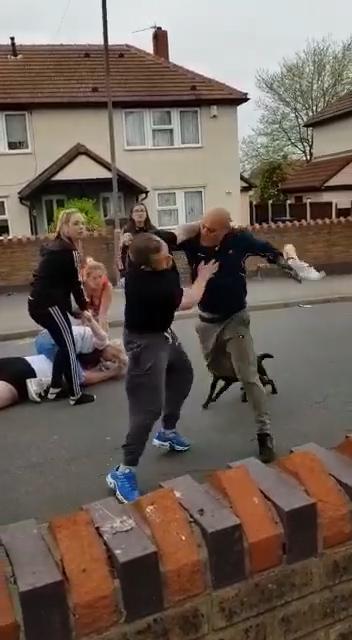 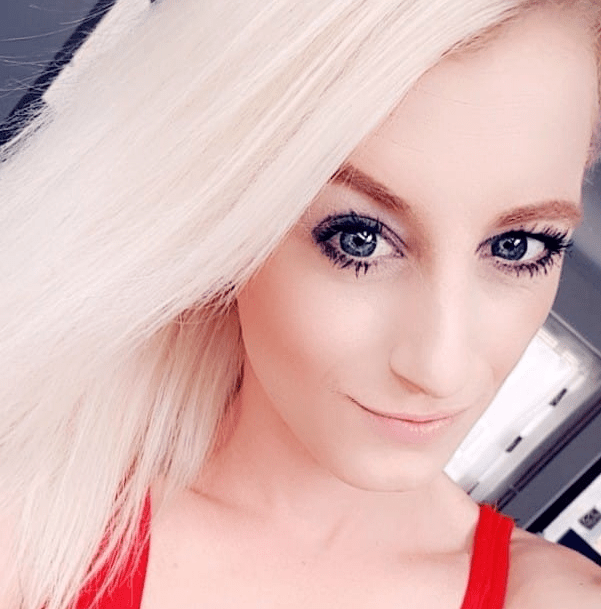 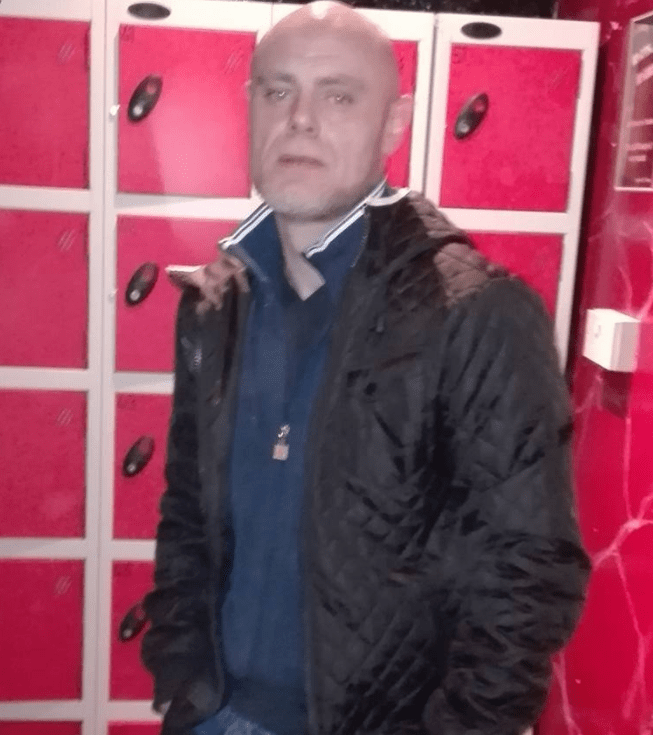 Alongside the posts, Jessica claimed the fight kicked off  in May this year, after her son was threatened by her neighbours.

She wrote: “I was terrorised day in day out for two years. Archie was being threatened.

“I was set up and it backfired massively. All you can hear is them screaming to get me and screaming at Archie.

“I’m scared of nothing and no one. I got 50 hours community service for protecting me and mine.

“This inbred got two years.”