When a test drive goes VERY wrong! Woman crashes a brand new BMW straight into a dealership while trying out the £45,000 car

A woman crashed a brand new BMW into a car dealership after she hit the accelerator by mistake in south China.

The female driver, reportedly in her 30s, was taking the £45,000 BMW X1 for a free test drive when the accident happened on Saturday in Guangzhou city.

Two employees of the dealership suffered minor injuries in the accident. The driver and the salesperson in the passenger seat were unhurt, according to reports. 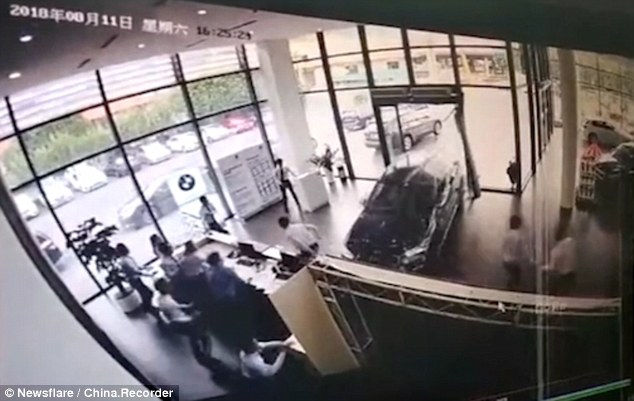 A woman was taking the brand new BMW for a test drive and when she crashed it into the dealership in south China’s Guangzhou city on Sunday afternoon. Two people were hurt 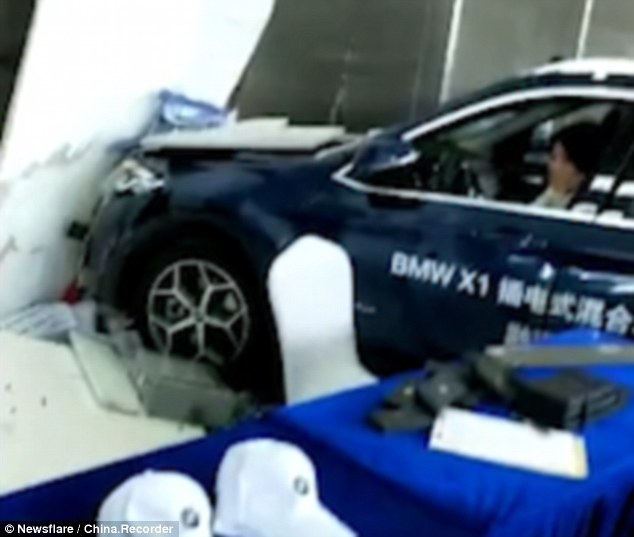 Glass, debris and construction material were seen scattered inside the dealership

Video footage of the incident in Guangdong province shows the navy SUV smashing the glass door and windows of the storefront before ramming it into the wall of the showroom at about 4:25pm.

Staff workers and customers were seen running for their lives as the vehicle sped towards them.

Glass, debris and construction material were seen scattered inside the dealership. The bumper and the bonnet of the car appeared to be damaged.

The woman was trying to park the SUV outside of the shop after returning from the drive, according to Guangdong Public Channel. 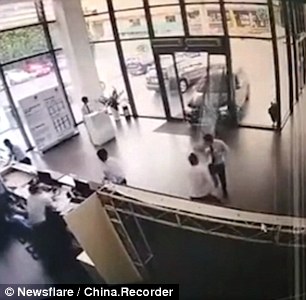 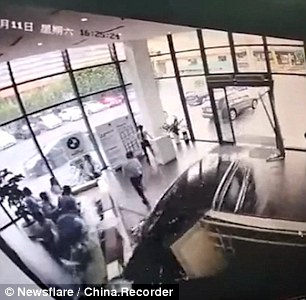 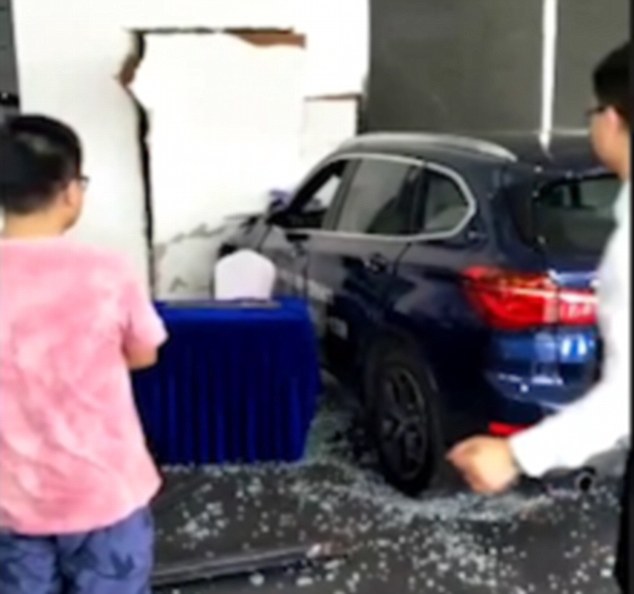 However, the bungling driver hit the accelerator instead of the brake and lost control, plunging straight into the dealership.

The dealership’s insurance company is currently estimating the damages and the woman has agreed to accept full responsibility for the accident, according to the report.

The two employees who suffered minor injuries were treated in hospital.