Hit TV drama The Crown is known for its lavish production values – with each episode costing up to £10million.

But even screen veteran Charles Dance may have raised an eyebrow at the lengths the show’s producers went to for his portrayal of Prince Charles’s great confidant, Lord Louis Mountbatten.

For as our photograph shows, the award-winning actor was painted in oils to lend authenticity to a scene where Mountbatten’s portrait is removed from a building in Whitehall. 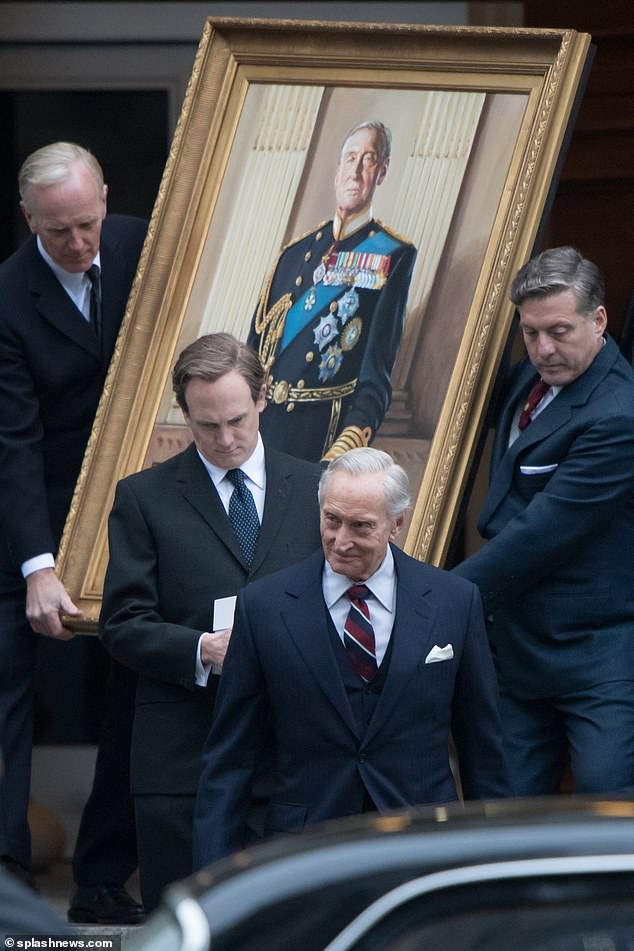 Charles Dance, 72, plays Lord Louis Mountbatten in hit TV drama The Crown. The Crown’s crew took authenticity to another level as this picture reveals the award-winning actor was painted in oils to lend authenticity to a scene where Mountbatten’s portrait is removed from a building in Whitehall 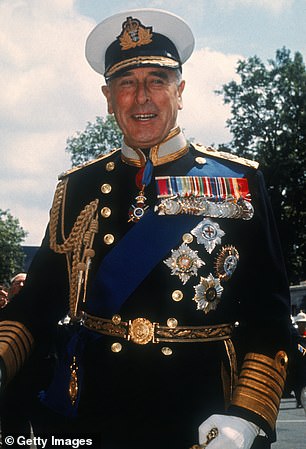 Admiral of the Fleet Lord Louis Mountbatten at the Ministry of Defence, London, after his retirement from the office of Chief of the Defence Staff, July 15, 1965

Dance, 72, looked suitably aristocratic during shooting, in a role that is likely to feature in some of the show’s most compelling storylines, including the love affair between Prince Charles and a young Camilla.

With the new, third series focusing on Queen Elizabeth’s reign in the 1960s and 1970s, viewers will get to see Charles and Camilla becoming close friends and later a couple. But in 1973 their relationship ended abruptly and Camilla married Andrew Parker Bowles.

Some have speculated that Lord Mountbatten – Charles’s trusted adviser and great-uncle – conspired to separate them so that the future monarch could marry his granddaughter Amanda.

In this series, Oscar-winner Olivia Colman has taken over the role of the Queen from Claire Foy and Josh O’Connor plays Charles.

The series will be screened later this year on Netflix.