On January 28, US President Donald Trump unveiled his administration’s “deal of the century” plan for Israeli-Palestinian peace, which is intended to provide a “realistic solution” for two states for two peoples – a demilitarised Palestinian state alongside a secure Israel. Can this deal go where no other deal has gone before and actually succeed? 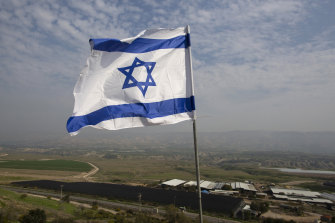 While the proposal has been welcomed by both Israeli Prime Minister Benjamin Netanyahu and Opposition Leader Benny Gantz, as expected, it has been vigorously rejected by the Palestinian leadership. While no one expected Trump’s deal would result in an overnight breakthrough, the plan could plant the seeds of hope for a new fruitful dialogue between Israelis and Palestinians, for a number of reasons.

Secondly, it is the first time that a mediator has brought forward a “conceptual map” outlining the proposed borders of Israeli and Palestinian territory. This map offers a potential new starting point for compromise between Israelis and Palestinians.

Thirdly, the deal attempts to tackle the significant obstacles that have led to previous periods of stalemate – 1967 borders, Jerusalem, settlements, refugees – by offering fresh ideas.

Significantly, the deal overturns the conventional wisdom that peace requires Israel to return to the exact armistice lines that were in place prior to the 1967 Six Day War. Moreover, the deal proposes Israel sovereignty over the highly strategic Jordan Valley, along the eastern edge of the West Bank, which would greatly mitigate the security threat a new Palestinian state might pose to Israel.

The deal makes a new proposal for how to deal with the complex issue of Jerusalem, both guaranteeing the city will not be divided, as it was before 1967, but allowing both Israel and the Palestinians to have a capital there. The Palestinian capital would be in eastern neighbourhoods already effectively separate from the city core.

This novel approach also extends to how the plan deals with settlements. While the diplomatic conventional wisdom had insisted that Israel must remove most or all settlements in the West Bank, this deal states that Israel “will not have to uproot any settlements, and will incorporate the vast majority of Israeli settlements into contiguous Israeli territory”.

The plan does not remove any Israelis or Palestinians from their homes, which would have been politically and practically very difficult.

While the deal is sympathetic to Israel’s security concerns it does offer the Palestinians a realistic basis for statehood, with good economic prospects. An Economic Framework (released at the Bahrain Conference in 2019) promises US$50 billion in economic investment with the aim of creating a million jobs and reducing Palestinian poverty by 50 per cent, and Palestinians also acquire a land corridor connecting the West Bank and Gaza, access to Israeli ports, various free trade zones and the opportunity to become a “start-up” Palestinian nation.

However, the deal has some overwhelming obstacles to implementation in the short term, not least its calls for the demilitarisation of the Gaza Strip. The Palestinian leadership needs to be encouraged, or if necessary, pressured, to return to the table to directly negotiate with a willing Israel the details in the plan, rather than wait for something better or a new US president. The Trump proposal, less generous territorially than past offers, demonstrates that their historic rejections will have real enduring costs in the long term for Palestinian interests.

Furthermore, while the Palestinian Authority has previously relied on support from the Sunni Arab world, many of these states – while still sympathetic to the Palestinian cause – are today focused on the Iranian threat, and also see Israel as a potential ally. The US deal’s announcement was encouragingly attended by Ambassadors from Oman, the UAE and Bahrain. Moreover, both Egypt and Saudi Arabia have expressed openness to further exploring the deal as a way forward.

The Palestinians need to recognise the winds of change blowing through the region and embrace this olive branch while it’s available.