Theresa May has ordered the introduction of dedicated border control lanes for British passport holders, it emerged yesterday.

The Prime Minister has asked the Home Office to investigate bringing in fast-track lanes for Britons after the end of the Brexit transition period in December 2020.

The Home Office has previously resisted the idea. Internal research is reported to have warned that the scheme would be too costly and could even create longer waiting times at British airports. But the Prime Minister has over-ruled them. 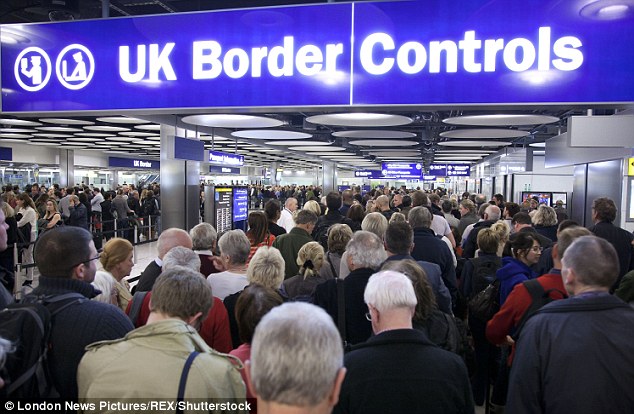 Theresa May has ordered the introduction of dedicated border control lanes for British passport holders, it emerged yesterday

Mrs May is said to believe it is vital to be able to demonstrate visible changes to voters as a result of Brexit.

Sources last night pointed out that the UK’s departure from the EU will also create a ‘new category’ of citizens, separate from the current EU and non-EU divide.

A senior Downing Street source said: ‘The Prime Minister wants separate lanes for British travellers as an important sign to voters that Brexit has happened and there are tangible benefits from it that everyone can see.

‘She will insist the Home Office creates them.’ 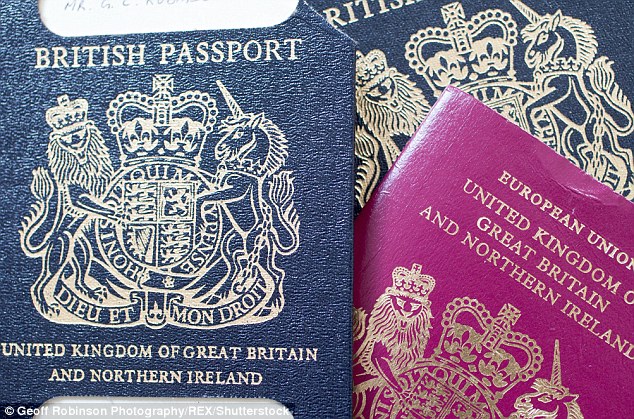 Mrs May has vowed to end free movement after Brexit, although it will continue in all but name until the end of the transition period, with new EU migrants simply required to register their arrival.

Warnings about a no-deal Brexit are ‘not Project Fear, but Project Reality’, Jeremy Hunt said yesterday as he urged EU leaders to persuade Brussels to be more flexible.

The Foreign Secretary, who was holding talks in Austria, said there would be a ‘messy divorce’ unless the EU softened its stance on Theresa May’s Chequers deal.

Mr Hunt said a failure to reach an agreement would be a ‘terrible mistake’, and called for the EU to help find a ‘pragmatic solution’ to the current impasse.

But Austria’s foreign minister Karin Kneissl played down Mr Hunt’s warnings, saying there was still room for a deal this autumn if both sides put in ‘more effort’ to the negotiations.

She said: ‘From the (European) Commission’s side, there is a clear-cut schedule, so an accident is not really something that people are working for.’

Mr Hunt said ministers had a duty to be honest about the possible Brexit outcomes. ‘This is not Project Fear, this is Project Reality. We have to make a decision on Britain’s future relationship with the EU by the end of this year and we have to be very honest with ourselves about the choices that we face.’

Ministers are hoping to negotiate a reciprocal visa-free system for British and European tourists with Brussels, but they are divided over whether EU nationals should get preferential treatment in a future migration system.

Chancellor Philip Hammond is said to favour offering special access to EU citizens in return for a better trade deal. But some pro-Brexit ministers, including Michael Gove, are pushing for the introduction of a ‘colour blind’ system that treats new arrivals the same, regardless of where they are from.

The decision to introduce new passport lanes follows the Government’s announcement that the UK will revert to its traditional blue passport after leaving the EU.

The move is seen by some as a key symbol of Britain’s new-found independence.

But it was soured by a controversial Home Office decision to award the contract for producing the new blue passports to Franco-Dutch firm Gemalto, rather than the existing British producer, De La Rue.

Ministers claimed the move would save up to £120 million over the 11-year life of the contract, but critics questioned the figures, and suggested the process would be more secure if it was conducted in the UK.

A Daily Mail petition calling for the blue passports to be made in the UK was signed by almost 320,000 readers.

At the height of the furore over contracts, it was revealed that Gemalto had supplied flawed ID cards to Estonia.