Home » World News » 'They're worried in the Kremlin': activist Navalny jailed for a month

Moscow: A court in the Russian capital sentenced opposition politician Alexei Navalny on Monday to 30 days in jail, a sign of Kremlin jitters as an unpopular plan to raise the retirement age energises critics of the government.

The sentence, handed down for Navalny's role in organising unsanctioned protests in January, means that the anti-corruption activist will be behind bars when Russians vote in regional elections on September 9. Navalny, 42, had called for demonstrations the same day against the retirement-age plan, which has sent President Vladimir Putin's approval rating to its lowest level in more than four years. 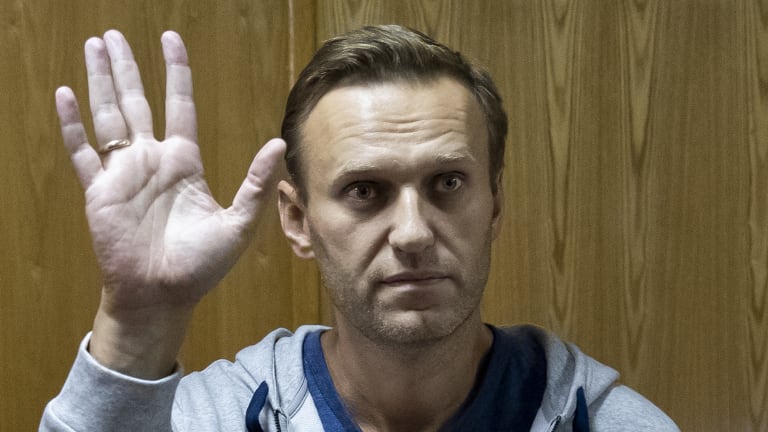 After the judge at Moscow's Tverskoy district court read out his sentence for a "repeat violation of the process for organising a public event," Navalny on Twitter called for the September 9 protests to go on. He said he was taken into custody Saturday outside his Moscow apartment building and brought to the police station in his shorts and slippers.

"This kind of emergency detention . . . is necessary to block preparations for the event against raising the retirement age on September 9," Navalny said in an update on his blog on Sunday. "This is a very important issue. They're worried in the Kremlin."

It is the second 30-day jail term for him this year.

Navalny gained nationwide fame by publicising alleged corruption in Russia's ruling elite through online videos and posts that often went viral. Ahead of the March presidential election, he achieved the rare feat of building a network of offices in dozens of cities. He was blocked from running in the election, but he has repeatedly drawn thousands of Putin critics onto the streets despite the frequent refusal of authorities to grant the protesters a permit. 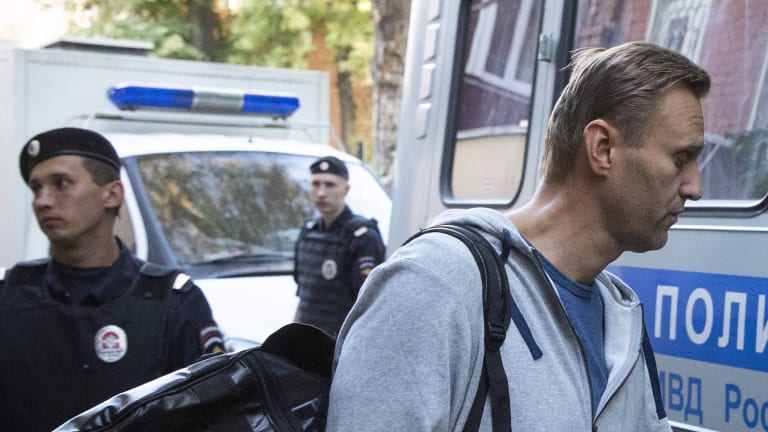 The government's plan to raise the retirement age has given Navalny a chance to burnish his credentials as a man of the people fighting a corrupt ruling class. His team has organised protests in at least 86 cities on September 9, the day that Russians will cast ballots for the mayor of Moscow and other key regional posts.

The pension plan, unveiled in June and already through the first of three necessary votes in parliament, would raise the retirement age for men from 60 to 65 and for women from 55 to 63. Russia's average life expectancy for men was 67 in 2016, according to the World Bank.

While many economists say Russia does need to reform its pension system to modernise its economy, the plan is highly unpopular, polls show. Putin's approval rating dropped to 67 per cent in July from 79 per cent in May, according to the independent Levada Centre. The last time Levada found Putin's approval rating to be below 70 percent was before Russia's annexation of the Ukrainian peninsula of Crimea in 2014.