Russian police arrested 30 LGBT activists in Saint Petersburg on Saturday during a Pride demonstration, a co-organiser told AFP after being taken into custody.

Around 60 people with placards calling for LGBT rights to be respected and waving rainbow-coloured flags had gathered in the city centre, said activist and co-organiser Aleksei Nazarov.

Each participant demonstrated alone, a ruse to avoid the protest being classified as a gathering, which would have made it subject to the city’s prior approval.

‘In total, 30 people were arrested,’ said Nazarov, adding that he himself was being held in a police van together with one other demonstrator. 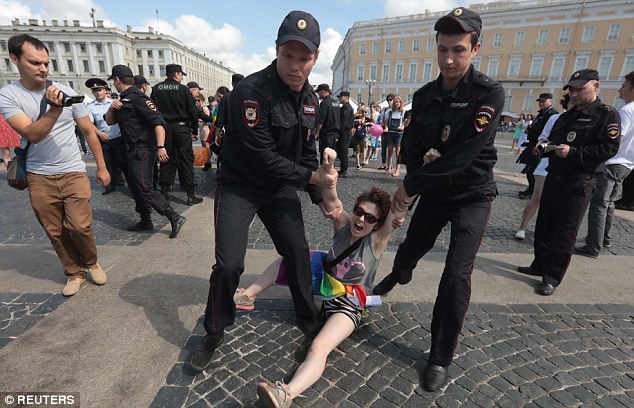 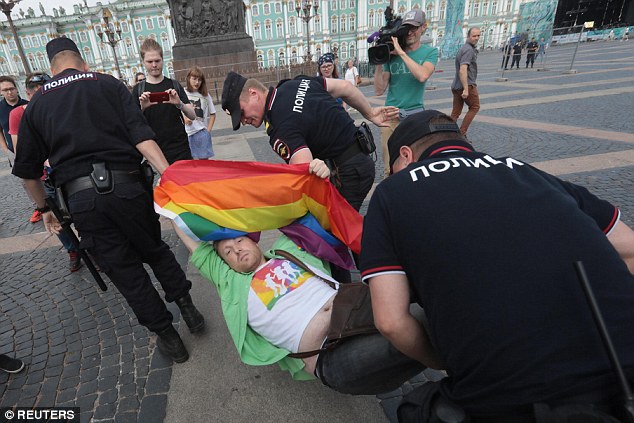 ‘Everyone else has been taken to a police station,’ he said.

Police targeted demonstrators who had the ‘most colourful flags and clothes’ in the arrests, he added.

Homosexuality was considered a crime in Russia until 1993, and to be akin to mental illness until 1999.

A law passed in 2013 threatens anyone engaging in homosexual ‘propaganda’ towards minors with fines and prison terms.

Gay pride marches are usually banned in Russia, or become the target of violence. 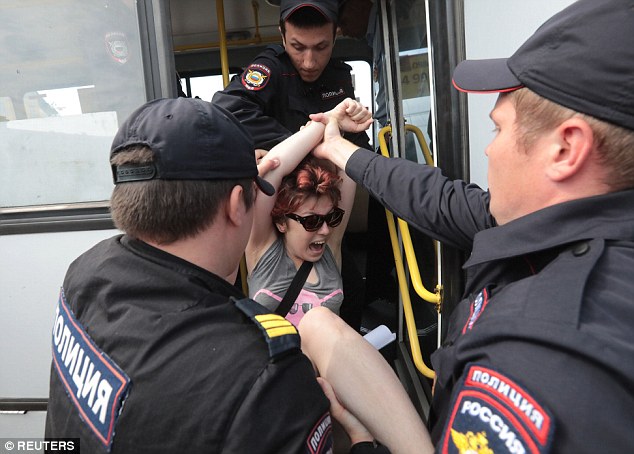 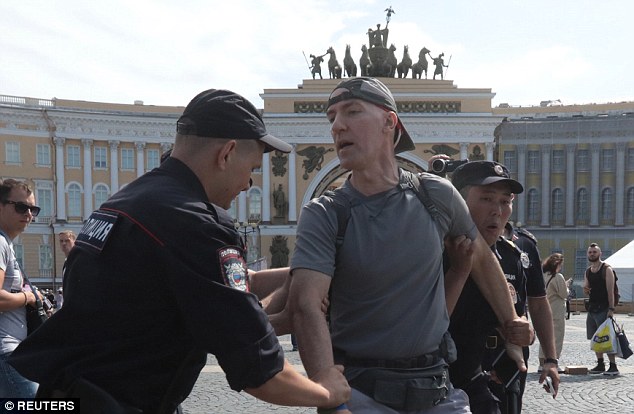 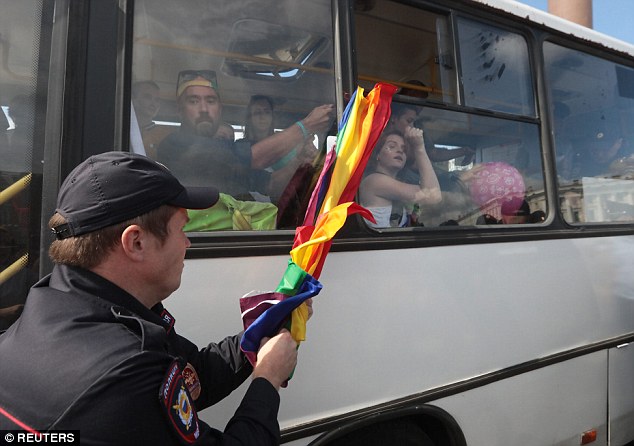 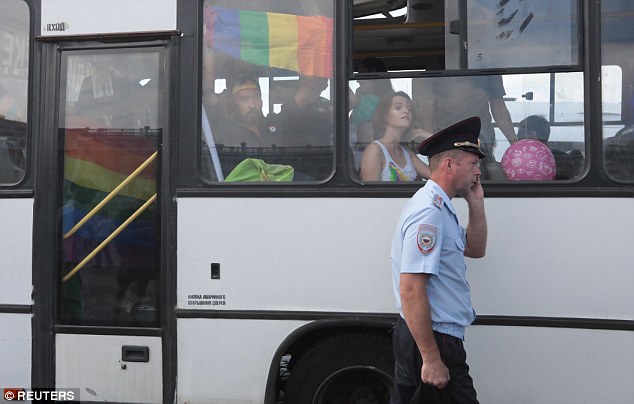 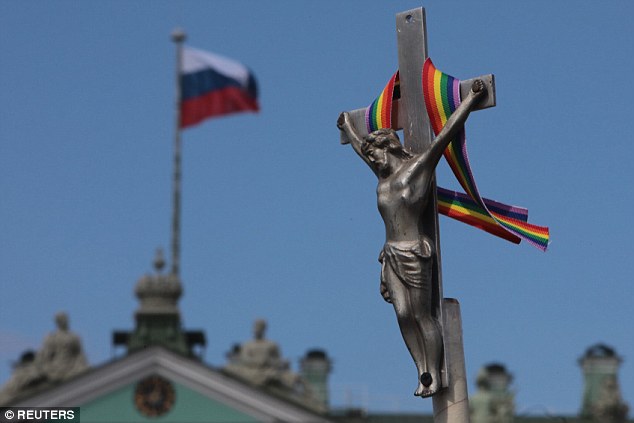 There were a number of marches in Europe such as in Amsterdam where, almost half a million LGBTQ+ supporters lined the Dutch capital’s famous canals in the scorching heat.

There were an estimated 200,000 party-goers in Hamburg, Germany at a Christopher Street Day parade attended by the city’s mayor Peter Tschentscher.

He marched with crowds carrying a sign that read: ‘Make way for gender gaga,’ a call for diversity acceptance.