Home » World News » 'This man deserves what he gets': A 95-year-old Nazi’s flight from justice ends 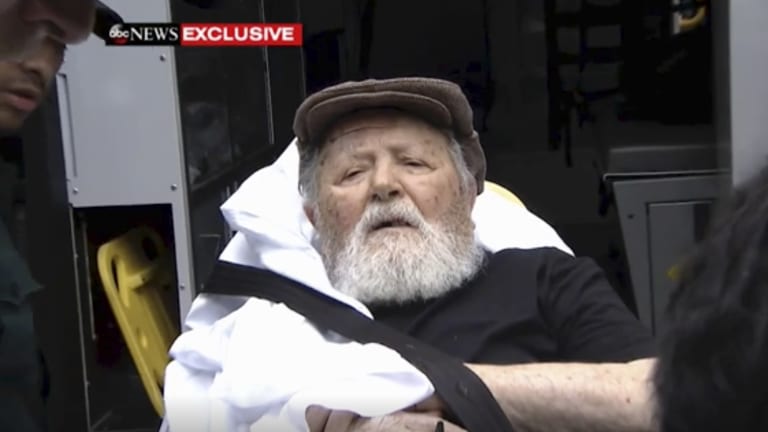 Jakiw Palij, a former Nazi concentration camp guard, is carried on a stretcher from his home.

New York: The 95-year-old man in the red brick house at 33-18 89th Street in Jackson Heights, Queens, was known for keeping his yard spic-and-span, even tidying up rubbish on his neighbours' stoops. Most days, he was quick with a smile and a "good morning," in his thick Polish accent. He would sit on the steps behind his home during block parties, watching and beaming at the festivities from his perch.

Neighbours at first had little inkling that Jakiw Palij was anything other than another immigrant living out his life in one of the most diverse neighbourhoods in the world.

Except, every so often, someone would lob a brick through his window. 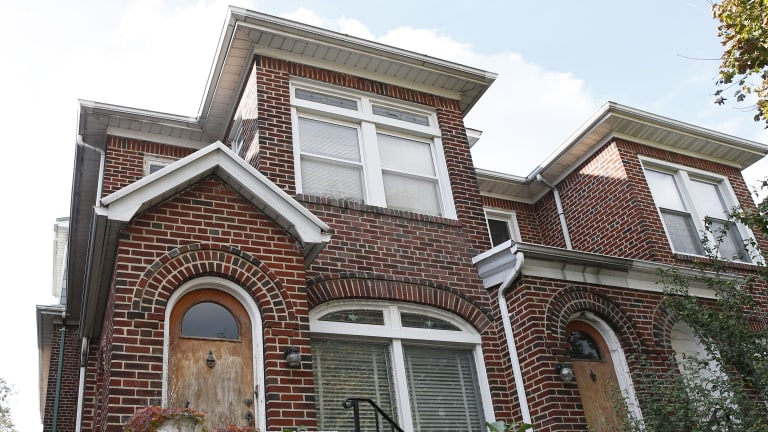 Jakiw Palij home in the Jackson Heights neighbourhood of the Queens borough of New York.

On Monday night, he was deported to Germany, the coda to a 14-year fight to remove Palij, a former volunteer Nazi guard who is believed to have presided over the Polish death camp Trawniki. Over the years, Palij's hidden past became an open secret in Jackson Heights. Residents had grown accustomed to regular protests by Jewish and other groups outside the two-storey house, ever since investigators combing through Nazi records identified him in 1993.

In 2003, a federal judge stripped Palij of his American citizenship after finding he had lied on his naturalisation forms, saying he was labouring on his family's farm in Poland and in a German factory during the war. He was ordered to be deported in 2004. But the United States could not find a country willing to take him. So Palij remained a New Yorker during an international game of keep-away between Poland, Ukraine and Germany. (He was born in a part of Poland that is now part of Ukraine.)

That ended on Monday, when neighbours watched agape as Palij, a cap pulled over his eyes, was wheeled from his home by US Immigration and Customs Enforcement agents, who removed him at last from the country he had entered in 1949. 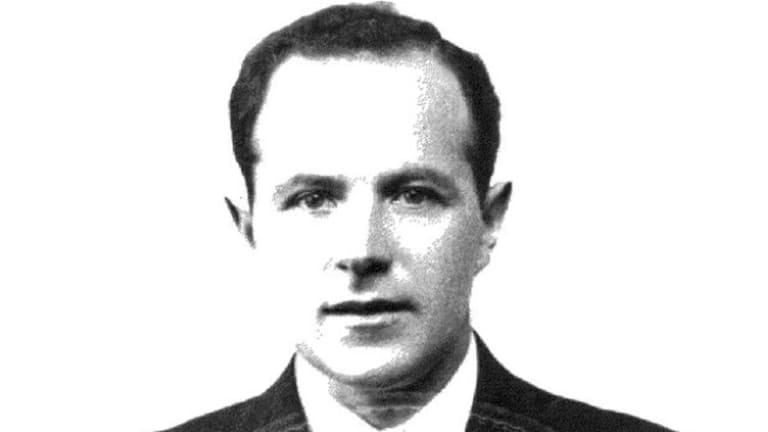 "He was nothing more than a man who got out," said Adam DiFilippo, 33, who lives on the block. "This man deserves what he gets."

The drawn-out deportation was the final result of a renewed push by the Trump administration, which had spent months pressuring Germany to accept Palij, according to a statement released by the White House. He flew out of New York on Monday night and arrived in Dusseldorf, Germany, via a chartered air-ambulance on Tuesday afternoon, according to a spokeswoman for ICE. 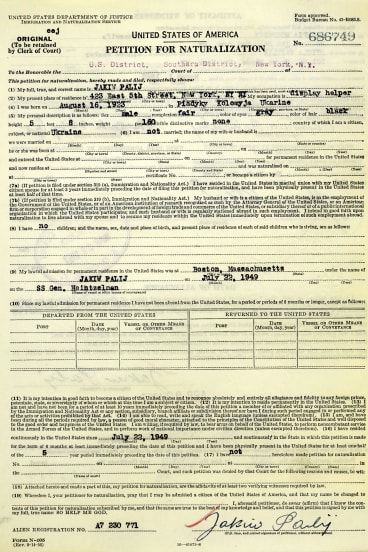 "It's always good to get final closure, no matter how inadequate it may seem," said Peter Black, the former chief historian for the Department of Justice's Office of Special Investigations, who first identified Palij nearly three decades ago when poring through batches of Nazi records in Prague. "Some justice is better than none."

In Queens, Palij was a retired draftsman who had lived with his wife, who has since died. They had no children. To Maria Rososado, 70, who lived across the street, he was a pleasant part of the community, despite his past. "He was just an old man," she said. "He was not a bad person. He was a good neighbour."

But some residents said his presence filled them with fear. "We are all different around here, different backgrounds, different colours," said Cristian Pimentel, 45, a maintenance worker who lives a block away. "He was part of a group that was murdering people for being different. What makes me believe he wouldn't do that again?"

Hours after his removal, several neighbours on the leafy street repeated a story Palij had told them – one he also shared with The New York Times in an interview in 2003. He had been forced to join the Nazis at age 18, he said, fearing for his family's life. "I know what they say, but I was never a collaborator," Palij said then.

In fact, he volunteered for service in the German Schutzstaffel, or SS, in 1943 while in his native village of Piadyki, in what is now Ukraine, according to court documents from the government's case against him. In the Trawniki camp where he served, the SS gunned down approximately 6000 Jews in a single day – November 3, 1943 – making it "the single-largest killing operation against Jews in the entire war," according to Christopher Browning's book Ordinary Men. 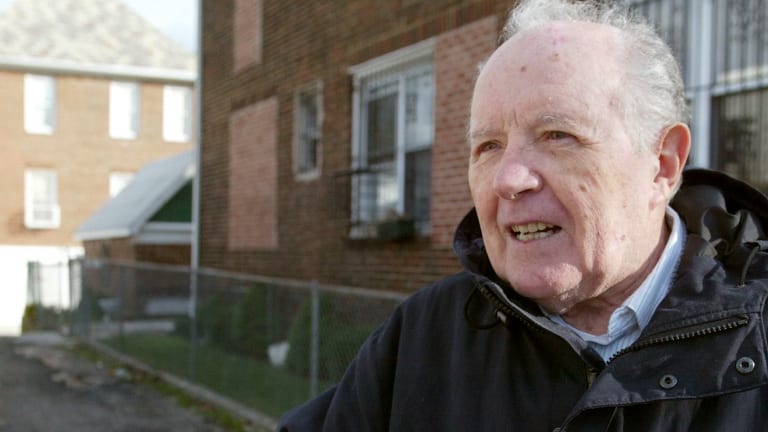 Jakiw Palij stands in front of a building in the Queens borough of New York in November 2003.

Every Holocaust Remembrance Day for the past 15 years, more than 200 students and faculty from the Rambam Mesivta high school in Lawrence, New York, have convened in protest outside of Palij's house. "Many people in the neighbourhood saw him as a nice old man. People said to us, 'He's 95 years old,'" said Rabbi Zev Meir Friedman, the school's dean.

Richard Grenell, the new US ambassador in Berlin, pushed Germany to accept Palij.

"I made it a point to bring it up at every single meeting," he said on Tuesday. "No matter what the meeting was about, I brought this up at the end." 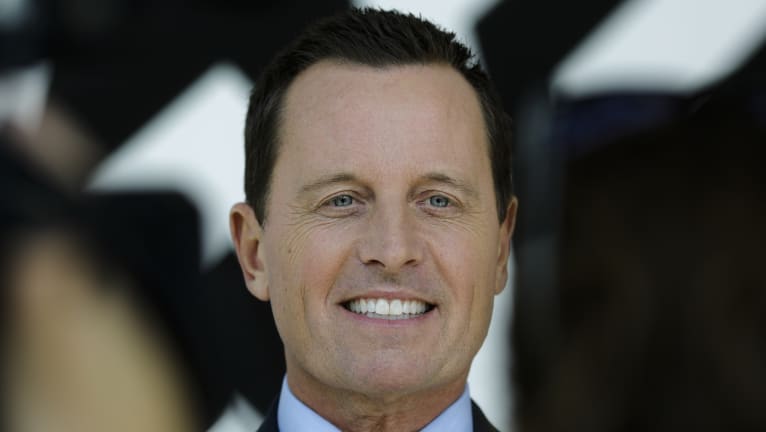 In an interview with the newspaper Frankfurter Allgemeine Zeitung, the German foreign minister, Heiko Maas, explained the country's about-face. "We accept the moral obligation of Germany, in whose name terrible injustice was committed under the Nazis," he said. 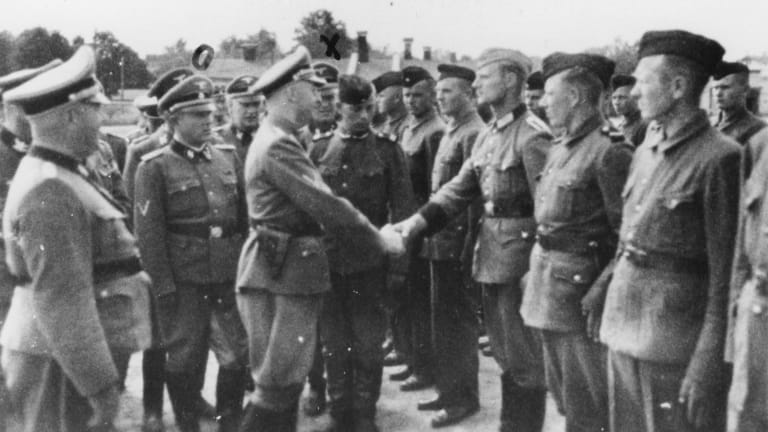 Nazi recruits at the Trawniki concentration camp where Jakiw Palij trained and served as a guard.

That Palij remained in Jackson Heights for so long filled Ventura Luna, a chef at Que Rico Taco, just across the street from his home, with horror. He stood beside the griddle in the restaurant, visibly shaken as he recounted watching Monday as agents took the man away.

"He looks like me, like you, like everybody, but inside his heart, he was sick," Mr Luna said, emotion misting his eyes. He shook his head in disbelief, adding, "Just across the street was a man who harmed innocents." 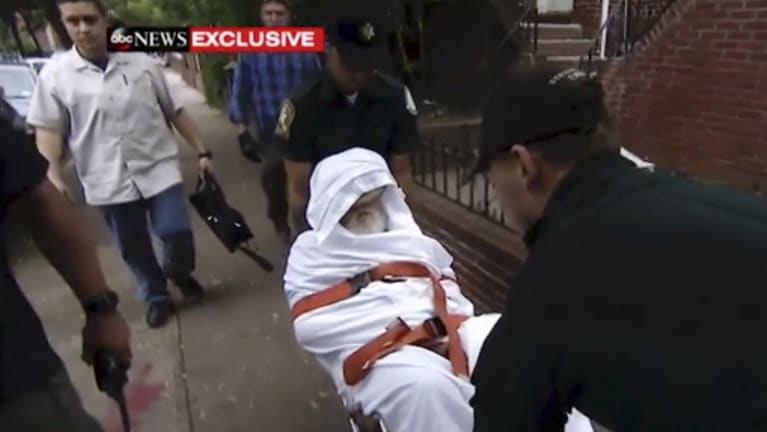 Jakiw Palij is the last Nazi war crimes suspect facing deportation from the US.

As she hustled to work Tuesday, Ana Ponce, whose house backs up to Palij's, said on warm days she would frequently see him sitting on that small back staircase, silently crying.

"Maybe," she said, "he is remembering something he did."