Home » World News » Thomas Markle’s call: ‘I told Harry it would be better if I was dead’

‘I told Harry it would be better if I was dead’: What Meghan Markle’s father said to the groom while recovering in hospital from a heart attack following the staged paparazzi photos scandal

Thomas Markle was in his hospital bed in the Chula Vista Medical Center, San Diego, recovering from a heart attack when his mobile phone rang.

It was just three days before the Royal Wedding and a familiar voice said to him: ‘If you had listened to me this would never have happened.’

It was Prince Harry, the man who was about to become his son-in-law, and he was understandably furious having learned Mr Markle had cooperated with the paparazzi to stage photos of him apparently preparing for the Royal Wedding.

Though they have never met, after being introduced by Meghan on the phone, Harry and Mr Markle previously enjoyed a series of ‘warm and chatty’ phone calls over a period of months. 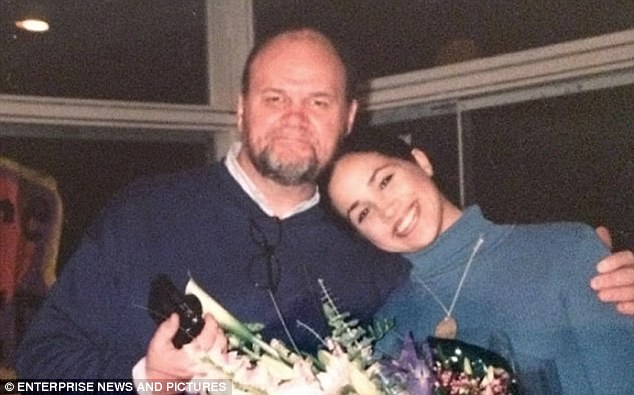 Thomas Markle pictured with his daughter Meghan. was in his hospital bed in the Chula Vista Medical Center, San Diego, recovering from a heart attack when Harry rang him

They also talked about what to do when news of the Royal romance became public.

‘Harry told me that I should never go to the Press. That it would end in tears. He said: “They will eat you alive.” He was right.’

On Friday May 11, The Mail on Sunday informed Kensington Palace of the bombshell revelations about Mr Markle we were to publish two days later.

That Friday, Harry called Mr Markle to ask if he had co-operated with the shots which showed him, among other things, supposedly being fitted for a wedding suit for the big day. Mr Markle admits lying to his son-in-law to be, telling him: ‘No, I was being measured for a new hoodie.’

Three days after our story was published on May 13, Harry and Meghan called Mr Markle again, though by then he was in hospital recovering from a heart attack. That was when the Prince told him: ‘If you had listened to me this would never have happened.’

Mr Markle said he told Harry: ‘Maybe it would be better for you guys if I was dead… then you could pretend to be sad. Then I hung up.’

In hindsight, he admits Prince Harry was ‘absolutely right’ to criticise him for dealing with the paparazzi for money.

The intense media spotlight trained on Meghan’s romance, engagement and marriage to Harry brought ‘chaos’ to his once-quiet life of retirement in a hilltop home in Rosarito Beach, Mexico, near the US border.

And for now, retired Emmy-award-winning lighting director Mr Markle is ‘royally p***ed off’. 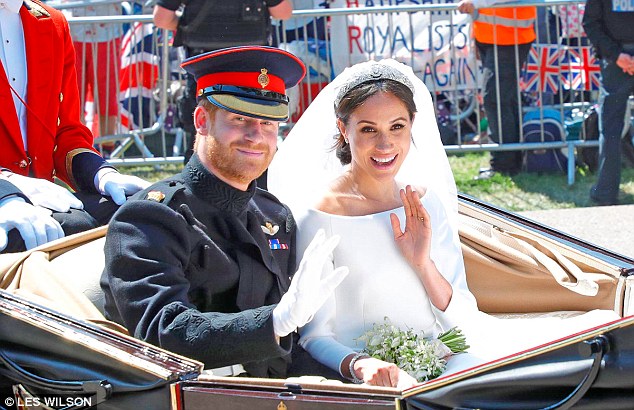 He has been ‘sold out’ by several friends and says his family, including his brother Fred, a retired bishop of an Eastern Orthodox Catholic church in Florida, have been vilified: ‘They took a picture of his little church and put it beside a picture of the Queen’s church. It was insulting and offensive.’ As he talks, it is clear he is an immensely proud man who has been wounded by some of the actions – or rather inaction – of Palace aides.

When news of Meghan’s romance broke, he says he ‘was given no advice whatsoever except not to talk to the press. I was hung out to dry. I was being chased and harassed on a daily basis. I didn’t know who to turn to.

‘They (the Palace) gave me no help at all. I felt utterly isolated.’

Kensington Palace and its army of advisers have been similarly accused of a ‘communications disaster’ by commentators after news broke that Mr Markle wouldn’t be attending his daughter’s wedding.

Royal experts questioned why he was left to cope with the glare of the media spotlight, in contrast to the support given by the Royals to Kate Middleton’s family in the run-up to her wedding with Prince William in 2011. 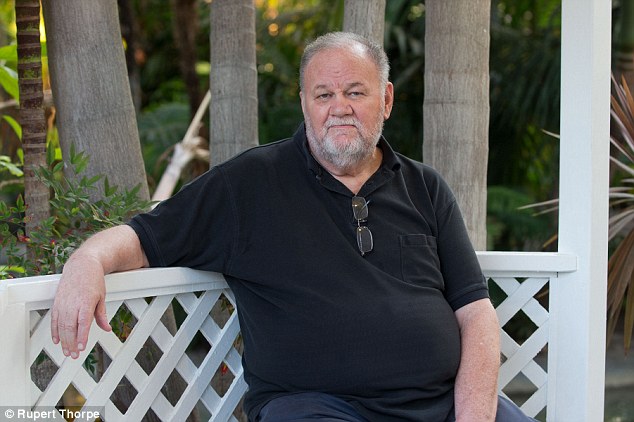 Critics said Royal officials should have brought Mr Markle ‘under their wing’ to help him deal with and prepare for the wedding.

But behind closed doors, there appears to have long-running rift between the Duchess of Sussex and her father. Since the wedding, Mr Markle has been outspoken about the rift.

A month after the wedding, in a breach of Royal protocol, he told Piers Morgan on Good Morning Britain he had discussed politics with Harry on the phone and claimed the Prince was ‘open to Brexit’ and urged him to give President Donald Trump ‘a chance’.

Mr Markle has also revealed he has not spoken to his daughter since the wedding and that he feels he had been ‘cut off’ as a punishment for staging the fake paparazzi pictures.

He claimed in a newspaper interview that his daughter looked

‘terrified’ in her new role and that she wore a ‘pained smile’.

And in another explosive interview with The Mail on Sunday last month, Mr Markle said Princess Diana would have ‘loathed’ the way he is being frozen out by the Royal Family.

Palace aides are said to have held at least three top-level crisis meetings on how to handle the dysfunctional Markle family in PR terms.

In person, Mr Markle is a far cry from his media caricature, which he describes as ‘the weirdo schlubby dad living in a shack in Mexico drinking beer and eating McDonald’s’.

His interview with The Mail on Sunday is only the third he has ever given to a newspaper – and he says it will be his last. He says many reports about him have been ‘made up, spun around and others are outright lies’. 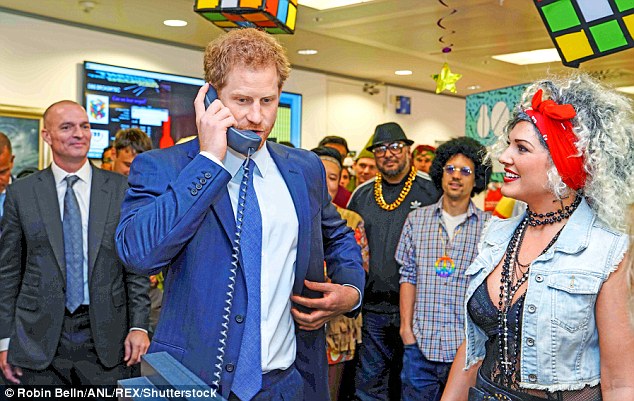 Prince Harry (pictured) called Mr Markle to ask if he had co-operated for shots which showed him, among other things, supposedly being fitted for a wedding suit

He has lost almost 3st since his heart attack and insists, while he is happy for Meghan, he ‘loathes’ the circus that has come with her falling for a prince.

His rift with Meghan began after his eldest daughter Samantha and son Tom Jnr – from his first marriage to Roslyn – made openly critical comments about Meghan.

Samantha attacked her half-sister for failing to pay back her father thousands of dollars he spent on her private education and university fees – but Mr Markle points out he had never asked, nor expected, to be repaid as he felt it was his ‘parental duty’.

Mr Markle is keen to erase the image built up by some sections of the media of him as a sad recluse.

He says: ‘I wish Harry and Meghan well but this isn’t going to make or break me. They will remember me when they have a child with my “Markle nose”.

‘I have pictures of Meghan and my other kids all over my house in Mexico. My favourite picture of her is a head-shot I did of her, in close-up, wearing a big hat with gloves pulled all the way up her arms. She’s about ten. And she looks like a little duchess.’

Despite their disagreements, he insists: ‘I love Harry, I love my daughter. I wish them all the love and best wishes for the future.