Construction work could start almost immediately on thousands of new affordable homes if the federal government funds a stimulus package for the COVID-19 recovery, according to data from the Community Housing Industry Association.

Homelessness organisations want the Morrison government to put $7.7 billion towards the shovel-ready projects in the October 8 budget, to create construction jobs, stimulate the economy and minimise a “homelessness pandemic” in the recession. 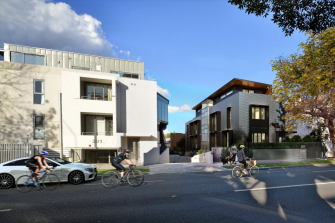 A rendering of a shovel-ready project by Link Housing in Sydney’s northern suburbs.Credit:Link Housing

The association surveyed not-for-profit housing providers and found they could start building 12,500 homes within five years. That could create 7000 jobs, modelling by SGS Economics shows.

Work on 6000 of the homes could begin within six months if the government funds the Social Housing Acceleration and Renovation Program (SHARP) – which is also being pushed by Homelessness Australia, National Shelter and Everybody's Home – according to CHIA.

Most of the homes would be in greater Sydney, followed by greater Melbourne, then regional NSW and Victoria. The plans also include 1564 homes in South Australia, 1176 in Queensland, 91 in the ACT and 20 in the Northern Territory. One-third of the properties are in regional areas.

Social housing provider Unison has bought property in Werribee in Melbourne's outer south-west to build a mix of 74 social and affordable apartments.

“We've already shortlisted a builder,” Mr King said. “We're very well advanced, if we were awarded funding, you could see work commence on site effectively within the first couple of months.

“All the hard work is done, we just need money to fund it.” 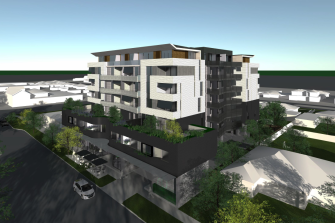 A rendering of the property Unison wants to build in Werribee in Melbourne’s outer south-west.Credit:Unison

Rebecca Oelkers, chief executive of Queensland-based affordable housing developer BHCL, said there were 116,000 homeless people on any given night in Australia.

“The work we've done is the tip of the iceberg, literally, the tiniest little bit. We've got so much ability to do so much more,” Ms Oelkers said.

SHARP would be similar to the former federal Labor government's Nation Building Economic Stimulus Plan for social housing during the global financial crisis.

“It's ticking off two things with really, really big ticks. We need more affordable housing, and we need people to be working,” Ms Oelkers said.

“Just getting that money flowing and jobs, jobs, jobs for people.”

Federal Housing Minister Michael Sukkar has previously said that, while social housing was a state government responsibility, the Morrison government had made significant investments.

Over two years, the National Housing Finance and Investment Corporation has issued $1.5 billion worth of bonds, supporting the construction of 2000 new homes and the maintenance of 6300 existing homes. A separate infrastructure funding program had provided $160 million that would support 2800 new dwellings.

"Every year, the federal government provides more than $6 billion in Commonwealth rent assistance and support to the states and territories to deliver social housing through the National Housing and Homelessness Agreement," Mr Sukkar said.

Labor spokesman for housing Jason Clare backed the SHARP proposal in a statement on Monday. He said the government's HomeBuilder scheme won't keep enough tradies in jobs and more stimulus was needed for the sector.

“That’s why we are calling on the Morrison government to fund the construction and repair of social housing,” Mr Clare said in a statement.

“We did it during the GFC and it worked. It saved the jobs of tradies, helped to stop us going into recession and put a roof over the head of people who really needed it.”

State governments have rolled out extra support for homelessness services during the pandemic, including paying for temporary accommodation in hotels and helping people into permanent homes.