Thug who beat up promising actor, 22, leaving him with a bleed on the brain and smashed teeth avoids jail after judge hears he called 999 HIMSELF 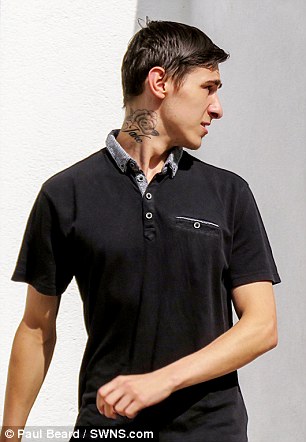 Liam Adams, from Rugby in Warwickshire, avoided jail after he launched a brutal attack on a budding actor – because he called 999. (Pictured yesterday at court)

A thug who left a budding actor with a bleed on the brain after a brutal attack has avoided jail – because he called 999 himself.

Liam Adams, 21, left Aaron Evans unconscious and bleeding in a graveyard after they crossed paths in a Rugby, Warwickshire nightclub.

Mr Evans, 22, had been out with friends after a play rehearsal on May 12 when  he danced with his ex-girlfriend Daisy Green at the Midas club.

According to Adams, Mr Evans had been ‘hassling’ him and Miss Green and he attacked him when they walked to a graveyard near the nightclub.

The victim suffered a broken eye socket, a bleed on the brain, and several smashed teeth.

But the thug called for an ambulance 15 minutes later – a decision which spared him an immediate jail sentence.

Speaking at Warwick Crown Court, Prosecutor Omar Majid said: ‘He subsequently accepted he had seen red and had punched and kicked him several times, and had stamped on his chest and kicked him to the head.

‘Mr Evans had been left on the ground unresponsive, with his jacket chucked on top of him, and passersby simply thought he was a drunk.’ 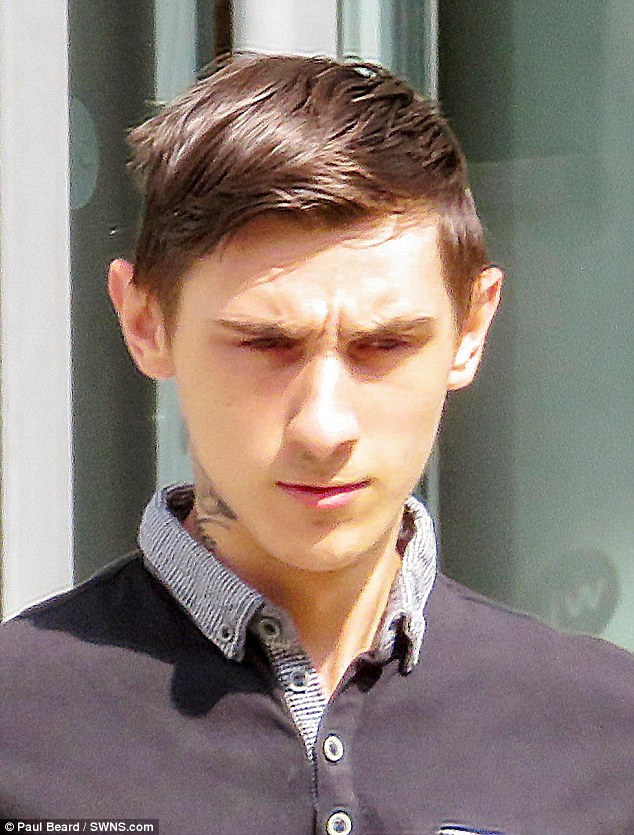 He attacked budding actor Aaron Evans in a graveyard outside the Midas nightclub in Rugby after Mr. Evans had danced with the girl he was with (Pictured, Liam Adams at court) 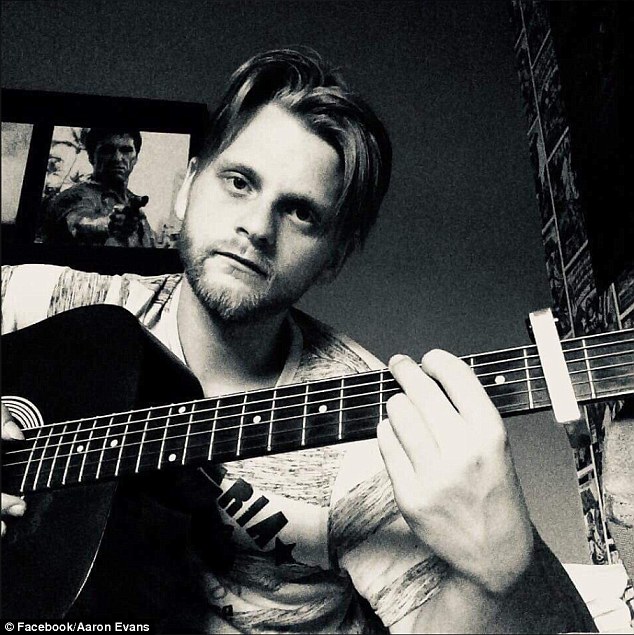 Mr Evans (pictured) suffered a broken eye socket, a bleed on the brain, and several smashed teeth in the attack

Adams had remained nearby, and someone heard Miss Green saying he was ‘out of order,’ and should not have kept kicking Mr Evans, to which he responded: ‘I don’t give a f***.’

Lucy Tapper, defending, said: ‘It is an unusual case in respect of the defendant’s actions.

‘It isn’t often a defendant calls not only an ambulance, but the police to report himself.

‘It [the attack] is something the defendant regrets very deeply.

‘It’s something he looks back on with absolute shame and repugnance – but he did absolutely the right thing almost immediately.

‘He didn’t stay with the complainant, but he did put his jacket over him.’ 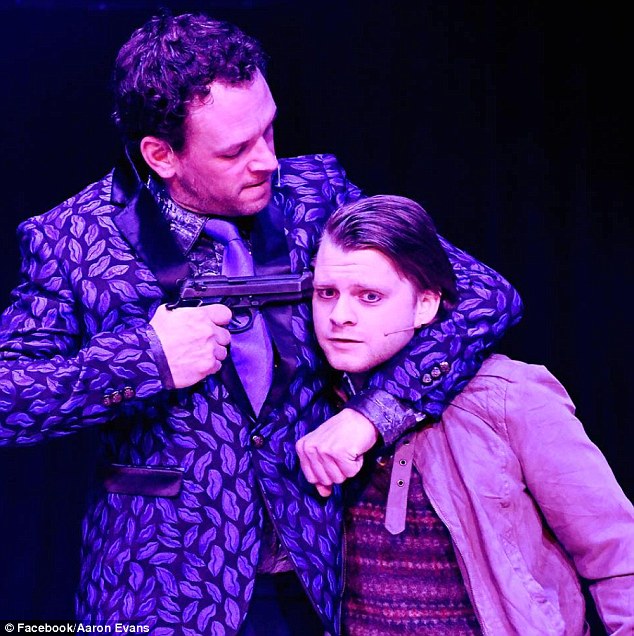 The victim (pictured right) had been out in the town with friends after a play rehearsal in May. Mr Evans was kicked in the head and punched several times

Instead he was given an 18-month sentence suspended for two years, with a rehabilitation activity and ordered to do 120 hours of unpaid work.

Recorder Roger Evans said: ‘This is a serious matter. You have pleaded guilty to a vicious offence.

‘It is right you more-or-less did the right thing after this appalling incident, and you were there when the ambulance, which you had summoned, arrived, and the police.

‘This was the first crime you had committed. Let’s hope it will be the last.’