Badges like "California is Sexist & Hateful Against Men" adorn the walls, and a bumper sticker on the back of the door reads: "Don't be THAT girl: embarrassed about a hook-up? Angry at a boyfriend? Willing to destroy a life?" 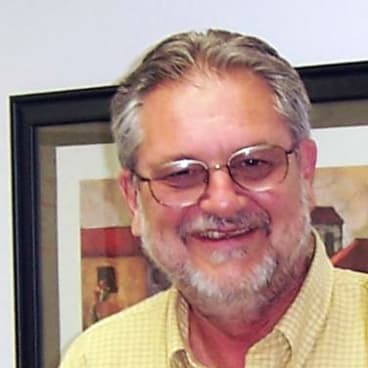 Harry Crouch, president of the National Coalition for Men (USA).

Then, in the midst of it all, a jarringly tender mug: "FATHER: all that you are has been a major force in my life." Because the president of the National Coalition for Men (NCFM) is a father and a grandfather. And his #HeToo crusade to "eradicate gender-based stereotypes" and fight for male civil rights in world he considers increasingly sexist and hateful towards men, is for those two grandsons, he says.

"I can't imagine what those boys are going to be confronted by in a few years unless we take action."

Right now, as part of a concerted pushback against 10 months of #MeToo, the NCFM is taking plenty of action – the legal kind – and making both news and history with a series of lawsuits they're slapping on ladies' night-style gatherings – almost all of them successful. As the "oldest men's rights organisation on the planet", they have been acting on issues from domestic violence and equal parenting rights to trying to prevent the men falsely accused of sexual assault from becoming "sacrificial scapegoats to satisfy some feminist or political agenda" for years. But this feels like the start of a more robust fight. 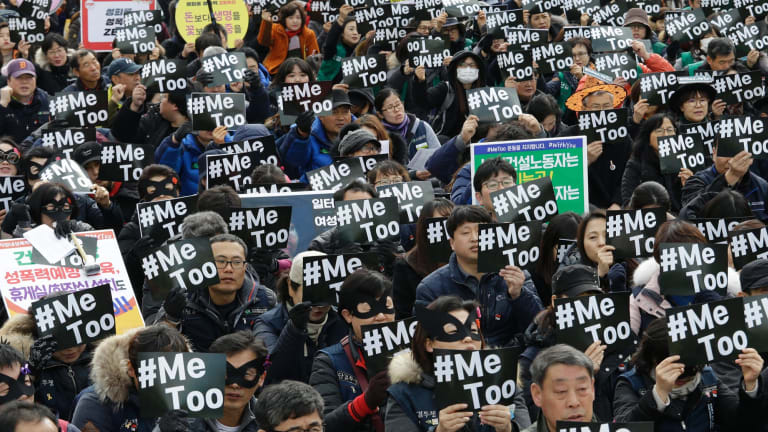 Put this to Crouch – a curmudgeonly 68-year-old who becomes warmer and less guarded over our time together – and he frowns. As catchy as it sounds, the NCFM hasn't yet embraced the #HeToo brand that people are keen to impose on it.

"There has been this bias against males for decades," explains the man who wears four black and blue "Save the Males" wristbands at any one time, handing them out in lieu of business cards. "But most people just haven't seen it until recently, when everything that has gone on has made them more aware.

"And, you know, 'they' are starting to panic a bit because we're gaining purchase," he adds obliquely – before clarifying that any 'theys' peppering his conversation refer to "the opposition", and not necessarily a uniquely female one at that.

"The idea that I hate all women is ridiculous and stupid," he groans. "We are an inclusive organisation who employ a number of women, too. But while the opposition run on emotion, we run on facts. You'd think most people with an IQ of over 60 could understand the basic concepts of fairness and equality, wouldn't you? And yet it's amazing how many academics struggle with them." 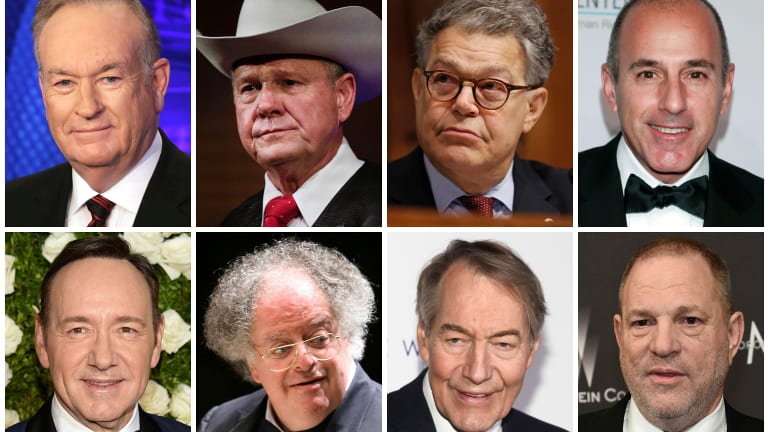 Perhaps because intellectual arguments would get them nowhere, the NCFM has been using the legal system to make a larger point, and successfully suing a number of businesses and organisations offering either women-only gatherings or discounts to women.

One of the key players at the NCFM, Rich Allison – a former marine corps captain who has been a plaintiff in 13 lawsuits – has been waging war against organisations such as the Financial Services Information Sharing and Analysis Centre, which was offering a "diversity scholarship" to female recipients, and Ladies Get Paid, a career development company for women, which had the temerity to turn him away from one of their gatherings in a San Diego bar.

"I believe in social justice and fairness," says Allison, who cites the day he saw a 2015 Superbowl T-Mobile advert, in which comedian Sarah Silverman hands a couple their newborn baby and says "Sorry, it's a boy," as his tipping point.

"They'd never allow that ad with a girl." True. But isn't it a sad world when ladies' night has to be banned? "Well, California eliminated all men's clubs a while ago," Allison says. "And I do think what we're doing is effective. The suits are getting people to focus."

Behind almost all of these lawsuits is local lawyer Alfred G Rava. Formerly the NCFM's secretary, he has filed some 300 cases in total – a rate of about one a month for the past three years. Rava's first Unruh Civil Rights Act sex discrimination lawsuit was the result of a night out in 2002, when he was required to pay $US10 ($13) to enter a bar where women were allowed in free. Rava found out that ladies' nights had been illegal in California since at least 1985, and proceeded to sue.

The legal way isn't necessarily the best or indeed the only way to fight for men's rights, insists Crouch, "but it's certainly true that we can affect change more rapidly through litigation than through legislation".

The NCFM president – who was once in a relationship "with a woman who would get violent" – says this as someone who has tried to work with the state on projects such as setting up a program for abused men. "I was told – and this is a direct quote – 'It will be a cold day in hell before our commission or any other agency gives you a dollar for abused men'."

Unlike #MeToo, male celebrities are not rushing to give the NCFM injections of cash, laughs Crouch. "Although there does seem to be a pushback going on. Which is not to say that #MeToo hasn't had so much legitimacy, because it absolutely does. But unfortunately it has also brought more attention to false allegations. And false allegations hurt everybody, men and women. We need to be talking about that more."

It does seem like companies are not overly inclined to fight for their male employees. "They're just rolling over, panicked that their stock prices are going to take a dive – as though it doesn't matter where the truth lies. But now, when a woman accuses someone of status, I think people are beginning to ask, 'Really?'" 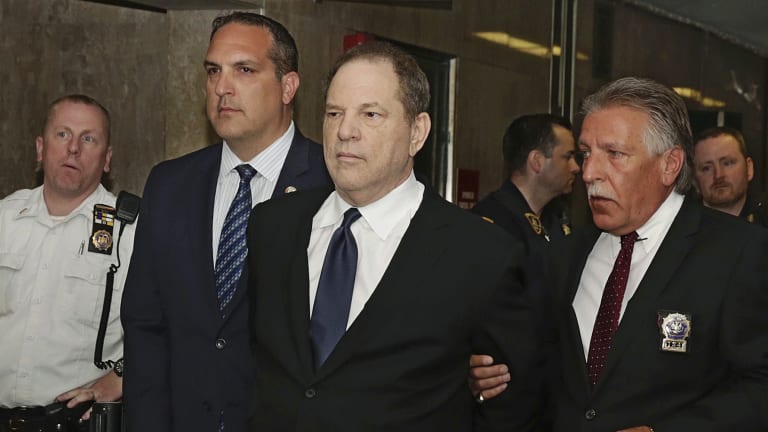 Harvey Weinstein is escorted in handcuffs to a courtroom in New York, on July 9, 2018.

Harvey Weinstein being outed as a Hollywood-style villain hasn't been helpful, agrees Crouch. "He's not representative of a normal man in so many ways, from his apparent talent and his wealth to the appalling way he treated women. If all those accusations are true, which I doubt, by the way, then he is absolutely horrific. But we never talk about the women who position themselves around people like that with the hope of exploiting them in order to obtain career advancement. We also never talk about the women who jump into bed with a man for that same reason, and then turn around and blame them for something."

Crouch isn't entirely right in that respect: after all, here we are, doing just that. And William C Cook – who has spent years researching and writing about men who have been sexually abused, stalked, controlled and coerced by women – believes the conversations we're having now will eventually lead to a greater understanding between the sexes.

Both men and women engage in sexually coercive tactics. The styles may vary but the substance does not.

"It's going to take a long time for these kinds of non-gender-biased facts to reach public or media consciousness," the author of Abused Men: The Hidden Side of Domestic Violence, tells me. "But attitudes can change. Both men and women engage in sexually coercive tactics. The styles may vary but the substance does not."

Crouch needs to go and prepare for a conference in South Carolina where he will represent the NCFM. But I'm curious to know whether he, too, feels that there will be a correction in time.

"I hope that the people who grew up with loving men and have a voice will speak out more." He pauses for a moment. "There is a sociological phenomenon called dynamic equilibrium, where you swing back and forth before getting to the middle, and I do think that things are coming down a little bit now. But that pendulum is not coming back to the centre in my lifetime."

Maybe not. Though, of course, where that centre lies depends very much on where you stand in the first place.