A toddler in south China ended up being trapped in a hot car for an extended period of time because her father had refused to let anyone break the windows.

After the parent got out of the vehicle without the keys, the SUV had locked itself with the two-year-old girl inside.

However, the father insisted on retrieving the spare keys from home when onlookers attempted to free the child by smashing the window. 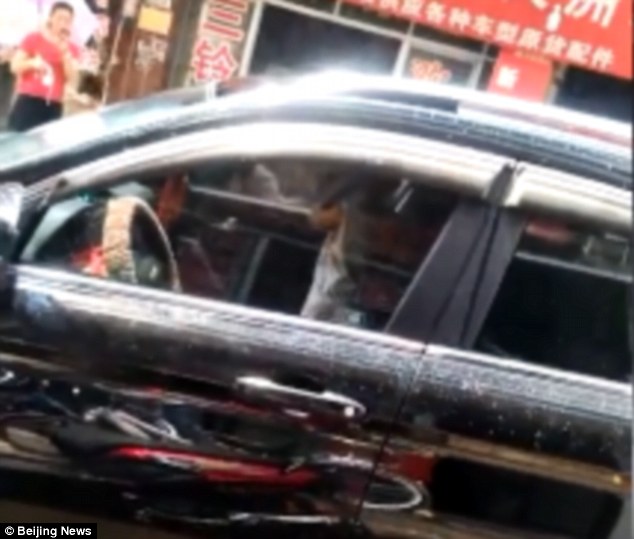 Witnesses told Beijing News that the girl was trapped for nearly 40 minutes on the hot day in Liuyang city, Hunan province on August 3.

The father failed to get her daughter to open the door after trying for 20 minutes.

Locals nearby suggested that the father break the black car’s windows, but he objected, saying it’s too expensive to repair.

A nearby shop owner kindly offered the parent a ride home to retrieve the keys.

Another shop owner sprayed the SUV with water from a hose to keep the temperature down.

Finally, the father returned with the spare keys and unlocked the door. The toddler was sweating profusely and all her clothes were drenched, according to the report.

Net users have condemned the parent’s actions on Weibo, accusing him of caring more for his car than his own child. 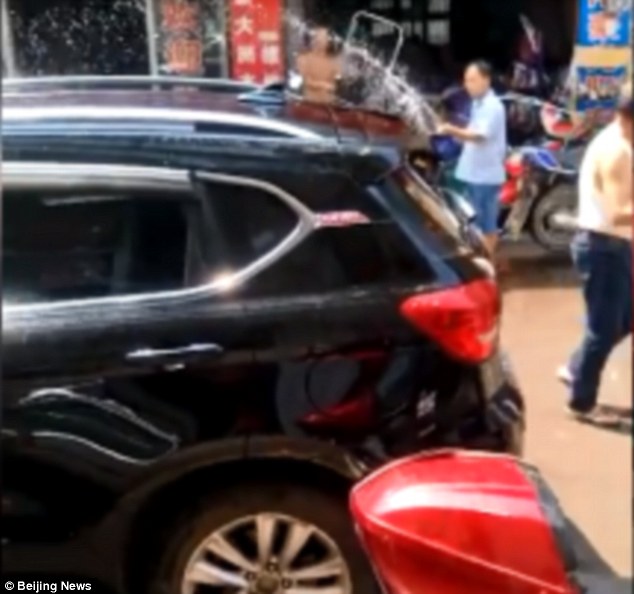 ‘Looks like the car is your real child, not the baby,’ one said.

‘These parents will never understand as they aren’t the ones trapped inside,’ another said.

Children who are stuck in a hot car could face dehydration, heatstroke and even death.

In the United States, an average of 37 children die every year from heat-related deaths after being trapped inside vehicles, and in more than 55 per cent of the cases the children had been unknowingly left behind, according to charity organisation Kids and Cars.

Although such figures from China are yet to be released, reports of similar incidents have appeared multiple times this year.

Last month, a three-year-old boy in Xiangtan, Hunan Province, was found dead in his family car after being accidentally left there by his grandparents for five hours.

Two weeks ago, two Chinese sisters, aged three and five, died after being trapped in their uncle’s car for seven hours on a sweltering day in Anhui Province.