A toddler could not control her excitement when she was given a popsicle for the very first time.

Footage captured in Maryland shows one-year-old Scarlett, who is fed through a tube, lean over her high-chair with enthusiasm as her mother Kelsey offers the orange-colored popsicle to her.

The toddler, who was diagnosed with gastroparesis and given a feeding tube at just four-months-old, smiles with joy and raises her hands as she experiences the new sweet flavor for the first time.

Scarlett continues to lick her lips and show her joy by offering her mother a wide grin as she enjoys the taste. 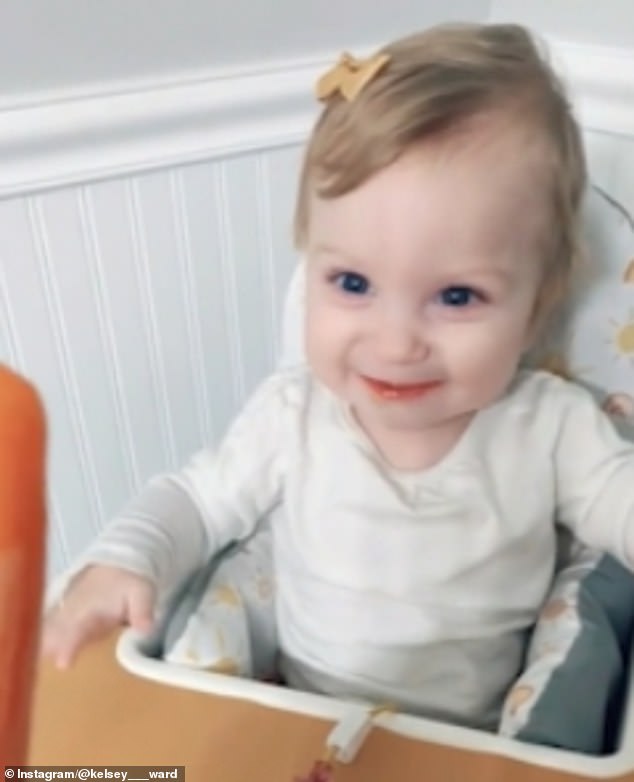 The toddler was diagnosed with gastroparesis, a long-term condition where the stomach cannot empty in the normal way, when she was four-months-old.

The condition meant Scarlett had to be put on several medications and also be fed through a feeding tube.

Describing her daughter, mother Kelsey wrote on her blog: ‘Although she has been faced with multiple medical complexities, she has been smiling through all the hardships.

‘She has already moved mountains, and I know she will continue to. She is truly so brave and beautiful, and a little ray of sunshine even through the hard times.’

Following the heartwarming footage, which was shared on social media on December 17, viewers took to social media to applaud the young girl, with one saying ‘it’s like she loves the world again’.

One person wrote: ‘She’s so precious! I know that excitement all too well.’

While another commented: ‘Life’s small enjoyments are everything.’ 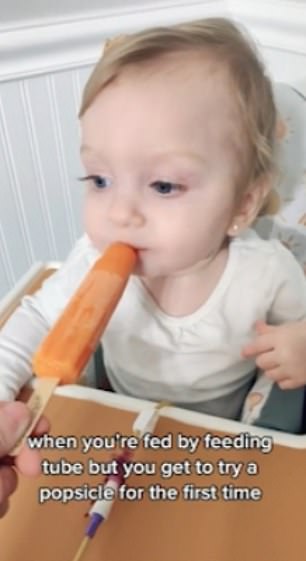 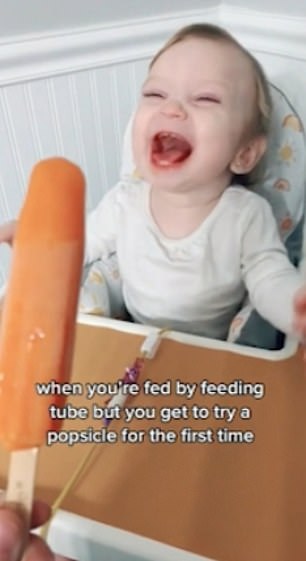 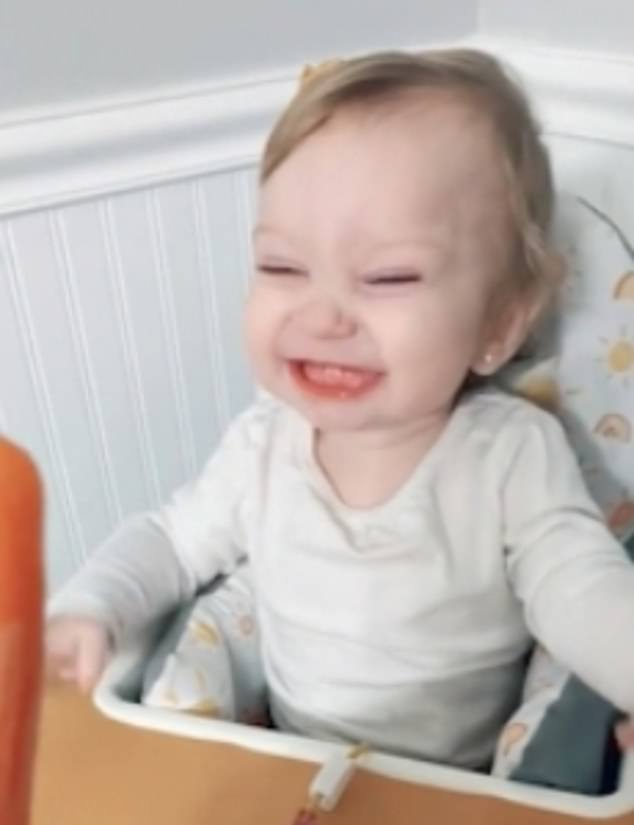 Viewers took to social media to applaud the scenes, with one calling the toddler’s reaction ‘priceless’

Another social media user said: ‘It’s like she loves the world again.’

Meanwhile another person wrote: ‘Her reactions to food are priceless.’

Kelsey, who regularly blogs about her journey through motherhood, has also shared other clips of her daughter’s first experiences on her Instagram page.